Clare Beams on Womb-Furies, hysteria, and other misnomers of the feminine condition • How Robert Frost ended up at JFK’s inauguration • Daniel Mallory Ortberg on coming to terms with his trans identity, and with the end of Golden Girls • John Freeman profiles Vivian Gornick • Amber Sparks on escaping into books about the Middle Ages • An incomplete survey of Judy Blume references in pop culture • Zan Romanoff on Adrienne Miller’s memoir of life with literary men • Douglas Stuart’s favorite working-class Scottish literature • Jenn Shapland considers the objects that make love visible • Denise Riley on the temporal dislocation of profound loss • Alena Dillon on defying expectations of piety in the holy orders • Vivian Gornick on the solace and revelation of Natalia Ginzburg • Failsafe reading recommendations for your non-reader friend in need • Adrienne Miller on David Foster Wallace and literary life in the 1990s • Does Bong Joon-Ho’s historic Oscar win signal real change for the Academy Awards? • Dina Nayeri on novel that celebrates—and mourns—pre-revolutionary Iran • Leila Aboulela recommends five books with a decidedly mystical dimension • Sarisha Kurup on mapping private loss over public tragedy • Hannah Rothschild recommends seven books that “exemplify the long and glorious tradition of British Social Satires” • Jess Kidd on books that blur lines between the living and dead • What the Obamas’ portraits reveal about the changing American art canon • P Carl on his father’s material afterlife • Andrea Bernstein on the Trumps, the Kushners, and a family tradition of corruption and grift • Diane Rehm: an intimate view into medically assisted death • How did Louis C.K. get away with it for so long? • Remembering Harry Matthews, poet and friend • In renouncing the myths of old California, did Joan Didion deflect responsibility for her family’s relationship to the land? • Happy Valentine’s Day—a holiday you can blame on Geoffrey Chaucer and his poem about horny birds! • Amy Bonnaffons recommends eight weird literary romances • Chinelo Okparanta recalls the lingering power of a first crush

From Miriam Toews’ Women Talking to Tara Westover’s Educated, ten booksellers rave about their favorite reads • Vivian Gornick recommends five books that made a difference in her writing life, from Little Virtues to The House of Mirth • New titles from Jenny Offill, Joshua Hammer, and Daniel Kehlmann all feature among the Best Reviewed Books of the Week • It’s not too late to tell someone how you really feel: from Dept. of Speculation to Normal People, here are the books to give your person for Valentine’s Day (depending on what you’re trying to tell them)

Steph Post and Alex Segura on the difficult art of ending a series • February’s must-read psychological thrillers • Kelly Braffet thinks crime fiction could learn a thing or two from fantasy worldbuilding • The best international crime fiction to read this February • Kate Winkler Dawson takes us inside a turn of the century investigation where forensics was key • Calamity Jane: nonconformist icon, or talkative alcoholic? • Long before there were true crime podcasts, there was Charles Dickens’ Barnaby Rudge • Zach Vasquez on 5 cinematic visions of Romeo and Juliet • Molly Odintz gives us a crime reader’s antidote to Valentine’s Day • Olivia Rutigliano recommends 15 crime films where love comes as a surprise 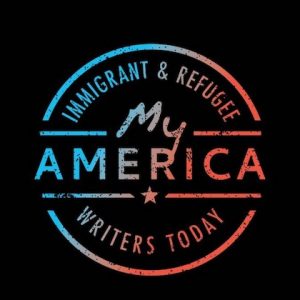 Who says that two opposing impulses can't be true, or that a country can't be simultaneously defined by its patterns of inclusion...
© LitHub
Back to top