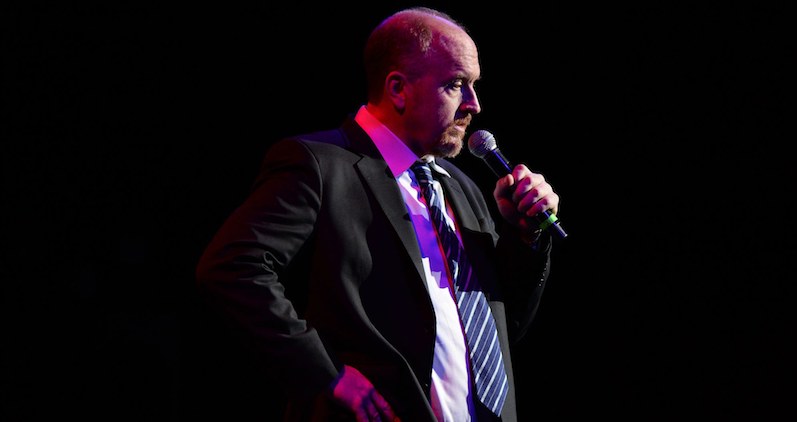 Comedian Louis C.K. recently admitted, in the wake of some accusations that were part of the #MeToo movement, that he had exposed himself to, and masturbated in front of, women. These women were in his industry and the settings were often work-related—either offices or hotel rooms after the gig was finished and the bars were shut. There had been rumors for years. I don’t know Louis C.K. or anyone who knows him, but I had heard about what he had done through the comedy grapevine. Almost everyone in the industry knew.

Obviously what he did was horrible and abusive, but that has been deconstructed at length already by many voices in the media and the Twittersphere. What I am interested in is the climate that allowed and enabled this behavior and the effect this permissiveness has on powerful men.

Louis C.K. developed his comedy in an environment designed for and by men like him. When he first entered a comedy club, a white guy in a T-shirt and jeans probably had the mic. Everything about the architecture told Louis that this was a place for people like him. Did he have to work hard? Of course. Did he have to bomb a few sets and hustle for gigs? Definitely. Was he broke and uncertain at times? For sure. But nothing about the environment told him that anything inherent to his identity was unwelcome or foreign in the space.

Comedy isn’t like a running race with an outright winner. Much of it is about trusting your random associations and comic observations and delivering them as if they’re funny. Louis worked hard at his craft, and colleagues and bookers started to notice that he was good, and that validation turned into confidence. Self-trust. After this virtuous circle had expanded over a long period of time, people started to say that Louis was the best. A genius, even. Tribal confidence.

Louis heard that. Now how does a genius write and perform comedy?

Louis C.K. is not listening to paying audience members who feel that because he is not billed, but appearing unannounced, that this feels again like a nonconsensual contract.

What kind of confidence does that inject into his observations, routines, and shows? His shows get even better. Comedy is subjective but many, many people agree that he’s a genuinely excellent comedian and almost all high-profile comedians and well-respected comedy critics think so too. One night at a comedy festival, during this rise to genius status, Louis C.K. offers two young women in a double act a beer in his room after the bars are shut. This is an ordinary offer for comedians who clock off after midnight.

When the door is closed, he asks them if he can masturbate in front of them. Nothing about the context indicates that this is a sexual moment for them. He is not confused. They’ve not been kissing. He says, “Can I jerk off?” They assume he is joking. He is not. He whips it out and begins. They don’t know what to do. Their biochemical response tells them “fight or flight” isn’t their safest strategy because their predator can outpunch and outrun them and is closer to the door—so they do what most women do in situations like this. They “freeze and friend” and leave as quickly as they can.

So now Louis’s colleagues, friends, and employers know that he is doing illegal, abusive, and degrading things to women. And what’s more—Louis knows they know. Everyone knows. And still he is encouraged to work, given budgets to make television programs, invited on chat shows, and hailed as a genius.

Now what kind of a genius does Louis C.K. believe himself to be? A genius whose peers believe he must not be silenced at any cost. A genius worth any number of women who share his art form. That’s not just enabling. That’s emboldening. How exciting is his next gig? And how intoxicating is his next abuse of power?

I’m not surprised his shows were brilliant. I’m amazed they weren’t twice as insightful and delivered with four times the panache. He must have thought he was one of the greatest comedy gods to walk the earth.

What about the women? The double act invited to his hotel room, for example? What signal does the industry send them about their worth in the world and their creative contributions? They are treated like comedy cannon fodder. They are not booked for shows because it is “awkward.” They have never felt less like geniuses. No one values their work or even their personhood enough to put their safety before a man’s opportunities. I’m sure their work is wonderful, but I am not surprised they are not more famous. Nothing about the architecture of their business makes it possible or sends them a signal that it is desirable.

Louis C.K.’s apology, which didn’t actually include the word “sorry,” did include the following: “I have spent my long and lucky career talking and saying anything I want. I will now step back and take a long time to listen.” Less than ten months later he was back in a comedy club talking and saying anything he wanted. He is not listening to paying audience members who feel that because he is not billed, but appearing unannounced, that this feels again like a nonconsensual contract.

The comedy equivalent of popping out from a behind a curtain to pleasure himself in front of an audience who weren’t expecting him. He acknowledges his years of living in a privileged position and how that led him to abuse his power with women he worked with: “I also took advantage of the fact that I was widely admired in my and their community, which disabled them from sharing their story and brought hardship to them when they tried because people who look up to me didn’t want to hear it.”

Knowing that rationally has done little to change his actions because the residue of privilege is entitlement.

Louis’s latest comedy routine was a work in progress he didn’t want recorded or distributed and has consequently had removed from the internet. It seems when liberties are taken that he doesn’t consent to, it makes him angry. The material, admittedly not fully formed, but still ready enough for a paying audience, includes his fury at his own self-inflicted withdrawal from the public eye: “What are they going to do now? Take my birthday away?” There’s a fury there at losing a platform that clearly felt like owned property, rather than a temporary opportunity to be treated with respect.

The misuse of power isn’t a regrettable side order for these men, it’s the very fuel that feeds the ego that drives the work.

Look at the movies Harvey Weinstein made and the careers it turned out he killed. Women who had worked incredibly hard at their craft and slogged their way up in an industry of crushing and constant rejection, sexually rejected just one producer—and barely worked again. Other producers were told that certain actresses were difficult and that they should avoid casting them. The whole industry supported Weinstein in a move that said, “The value of the films you produce is worth the cost of these replaceable actresses.”

The message was clear—these women were pretty faces and there were plenty more where they came from. Almost everyone knew something wasn’t right. He had nondisclosure clauses in his contracts. I’m surprised he didn’t win twice the number of Oscars he did. His tribe was sending him a message that he could do no wrong—even when what he was doing was a despicable, illegal, “open secret.”

Imagine Weinstein’s thrill in knowing that almost everyone knew and no one cared. Think of his arrogance in knowing that the world was happy to pay a human sacrifice for his great art. The misuse of power isn’t a regrettable side order for these men, it’s the very fuel that feeds the ego that drives the work. It is a giant throbbing “yes” to whatever pleases them. And that “yes” is powerful. Some say these abuses of power are isolated, but we know that’s not true because of the use of the term “casting couch.”

If you have a piece of furniture named after your entitled abuses of power, the establishment has been supporting your bad deeds for too long. I suggest we institute the “don’t you fucking dare divan” and challenge the system that tells men that while being good at their jobs might get them hired again, it doesn’t mean they can touch women or touch themselves while they make women watch.

Not all men respond that way. There’s a story in Michael J. Fox’s autobiography about a time in the 1980s when he was at the height of his fame and was caught speeding recklessly in his sports car. He remembers being terrified, thinking he’d ruined his career and would be sent to jail because he’d been going so fast—but far from arresting him, the policeman was excited to meet him.

The officer told the young star to slow down because his family loved watching his sitcom so much. At that point, he recounts being even more frightened, because he realized he was above the law and that he’d have to restrain and control himself. Some men—too many men, as it turns out—respond to this realization with delight that they’re now above democracy and so behave like potentates. 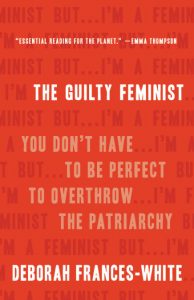 Excerpted from The Guilty Feminist: You Don’t Have to Be Perfect to Overthrow the Patriarchy by Deborah Frances-White. Copyright © 2019. Available from Seal Press, an imprint of Hachette Book Group, Inc. 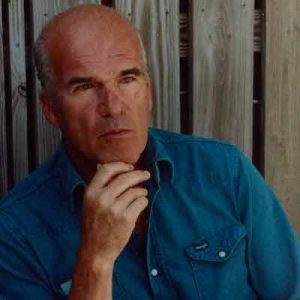 Poet, novelist, and essayist Harry Mathews died in 2017 at the age of 86. Literary Hub spoke with author Arlo Haskell, a longtime...
© LitHub
Back to top
Loading Comments...