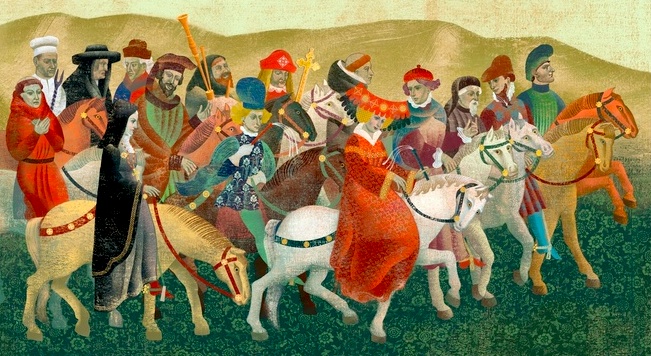 Escaping Into Books About the Middle Ages is My Self-Therapy

As a miserable middle-school kid, I did what any oddball 12-year-old would: I read everything I could find about Joan of Arc and the Hundred Years War. I was, I am quite positive, the only person in my infertility clinic who read books about the Black Plague in the waiting room. When I was dealing with hormonal depression issues, I reread Barbara Tuchman’s classic, A Distant Mirror. And last winter, when a host of weird medical issues came down on my head like virulent curses, I read A World Lit Only By Fire and went down some serious Plantagenet rabbit holes.

So when my mother died unexpectedly this winter, and my world splintered and cracked in too many places to count, I found myself once again turning to the Middle Ages. I looked for things I hadn’t read yet, books that had just been published in the last few years. I read Sylvia Townsend Warner’s The Corner That Held Them, a New York Review Books reissue of her book about an English convent during and after the Black Plague came to Europe. I read Medieval Bodies by Jack Hartnell, a new understanding of how ordinary people lived in the medieval period through their vision of heath, illness, physiology and the body. And I devoured the delightful historical novel about a group of very different people on the road in To Calais, In Ordinary Time, by James Meek. All of these books opened a breathing space in history for me, a spot to find shade, and to be apart from this modern world for a while.

I don’t know any way to say it without sounding weird, so I’ll just say it: I think the Middle Ages is my most effective form of self-therapy.

Don’t get me wrong—I do not fetishize the period. I don’t romanticize it, this chaotic section of timeline in which ignorance and superstition butted up against serious scholarship, in which expanding cultural exchange was interrupted on the regular by pogroms and the persecution and murder of people of color and people of other faiths. I’m fascinated but not enchanted by a stop in history during which women could occasionally be rulers or knights or popes (maybe), but most died often in childbirth, if they didn’t die from violence first. No, as an overanxious parent, I have no particular interest in visiting a time in which most children didn’t live past childhood. I even wrote a story in my book about a queen who escapes the Middle Ages to make a more promising future for her daughter.

If we came back from the Black Plague—a disease that killed 50 million people in the 14th century—it seems like we could come back from anything.

So what is it, then, this definite comfort I receive from reading about this long ago time? I couldn’t say for sure, but I think it’s something to do with the small strange miracle of ordinary people just… living, in a mostly chill way through all this chaos. The first time I found this kind of miracle was in elementary school, when I read the wonderful Catherine, Called Birdy, by Karen Cushman. It described the life of one girl and her family in the 13th century, and it opened up the possibly of a kind of shared human transmission, down the ages. Medieval people—they’re just like us! Or recognizable, anyway. Their lives were so much shorter, and so much more violent and uncertain; they lived through turbulent times, and yet the survivors quietly picked up the pieces afterward and carried on. In our own unsteady era, this picture of the resilience of the human race is reassuring. If we came back from the Black Plague—a disease that killed 50 million people in the 14th century—it seems like we could come back from anything. Perhaps, it stands to reason, we can even come back from climate change.

In the New York Review of Books, Clair Willis writes, “There is a small but highly respectable tradition of…novelists turning to medieval and quasi-medieval worlds in times of crisis. Tolkien’s story of Middle-earth, like the Arthurian romance in T.H. White’s The Once and Future King (based on Malory’s Le Morte d’Arthur), was largely written during World War II. Sylvia Townsend Warner’s novel set in a 14th-century nunnery in the Fens, The Corner That Held Them, … was written between 1941 and 1947, in rural Dorset. Arguably in all three cases the Middle Ages offered respite from the contemporary ‘pressure of reality’ (as Wallace Stevens put it in 1942) while at the same time holding a mirror up to the warring world.”

As someone long obsessed with this time period, the dual idea of escape and recognition makes a lot of sense. In some ways, escape is easy, because so much in the time period is distorted, inverted, murky; through a glass it is seen very darkly indeed. It is no coincidence that the fairy tales I grew up with (and that heavily influence my work now) all begin “Once upon a time,” though many are vaguely set somewhere in this period of history. We can know a lot about certain documented events and people and places, and still feel we know almost nothing.

But at the same time, we have so much original source material (including Chaucer’s Canterbury Tales, another favorite) that we do know that humans behaved, thought, and loved, in many of the same ways they do today. We recognize and can ascribe meaning to this version of humanity, even as we attach our own flights of fancy to it. In his Guardian review of To Calais, In Ordinary Time, Jon Day writes, ““Historical fiction usually approaches the dream visions of the past in one of two ways. The first…plunders them for evidence that things have probably always been much as they are today. The second uses history, as TS Eliot said of James Joyce’s “mythic method” in Ulysses, as a way of “controlling, of ordering, of giving shape and significance” to the contemporary moment.”

We’ve all had our Black Plague Book at the Infertility Clinic moment, even humans of history.

For me—a death-obsessed, anxious person—there is also a sense of great solace in the idea that the average person in the Middle Ages probably thought about mortality, and sickness, and love and their own legacy just as much as we do. The idea that people will continue to live and love and concern themselves with the future long after I’m gone has been one of the greatest comforts in times of distress for me. “Medieval philosophers, too,” writes Hartnell in Medieval Bodies, “grappled with abstract questions of the world to come.” We’ve all had our Black Plague Book at the Infertility Clinic moment, even humans of history.

And perhaps this, after all, is the crux of the thing, the weighted blanket of reading the Middle Ages: we worry about the future until we die, and some future comes marching in just the same. There is no better example of the steady, solemn solace that comes from a book-length meditation on permanence and change than the one Warner gives to her prioress in The Corner That Held Them. “And here I am, she thought, fixed in the religious life like a candle on a spike. I consume, I burn away, always lighting the same corner, always beleaguered by the same shadows; and in the end I shall burn out and another candle will be fixed in my stead.” 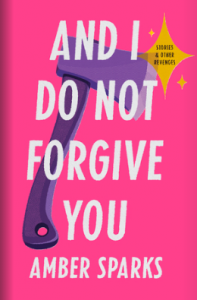 And I Do Not Forgive You by Amber Sparks is available now via Liveright. 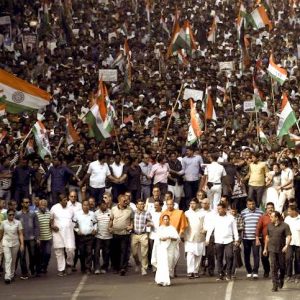 Below is the text of the 2020 Clark Lecture in English Literature instituted by Trinity College, Cambridge. * Thank you for inviting...
© LitHub
Back to top
Loading Comments...