Are You There Judy? It's, Well, Everyone

Today, Judy Blume, everyone’s favorite literary puberty shepherd (I am sorry but I took an office poll and this description is staying), turns 82. And when I say everyone, I mean everyone—Judy Blume and her many beloved books are ubiquitous in American culture; her work is a cultural touchstone that speaks across generations to anyone who has had to grow up, and is therefore frequently used across media as a sort of shorthand for that awkward, unmentionable time. And also periods. So today, as a tribute, I have made a list of all of the Judy Blume cameos, mentions, and starring roles that I could remember (and/or Google) in film, television, and elsewhere. Please add on in the comments section if you can think of more. In the meantime, happy birthday, Judy Blume, and . . .  my apologies.

Olive finds out re-enacting The Scarlet Letter isn’t all it’s cracked up to be in Easy A:

“I always thought that pretending to lose my virginity would be a little more special. Judy Blume should have prepared me for that.”

Deadpool reads Are You There God, It’s Me Margaret:

See also: Deadpool sawing off his hand so that his blood will spray into Colossus’s face, and saying “Are you there God, it’s me Margaret,” because, you know, blood. (Deadpool)

Judy Blume helps convince Lisa to move back to America (along with Louis Armstrong and Abe Lincoln and Dumbo) in The Simpsons‘s “D’oh Canada”:

“I know, I read my royalty reports. Having awkward new feelings for your country? It’s normal, Lisa. And you’re one of my favorite readers.”

“I’m telling you, I learned everything I know about women from Judy Blume’s Forever.” (Proof that he has always been Joe Goldberg.)

“Always call me. The minute anything happens that can’t be answered by reading a Judy Blume novel, call me.” 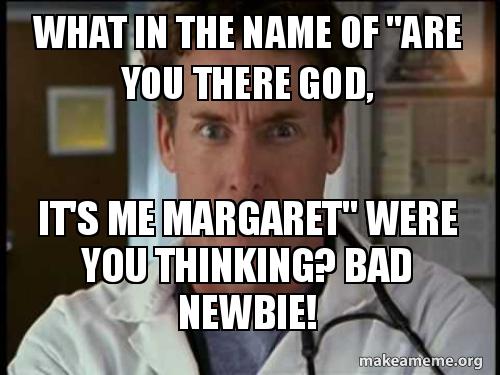 “Oh, Lane is gonna stay here tonight. She had a really bad teen day and she needs to crash someplace sympathetic . . . I swear to God, if this wasn’t a major Judy Blume moment, I would kick her cute little butt right out of here.”

(Plus the fact that Anna recommends Deenie to Luke as required reading for raising a daughter.)

And the episode “Are You There God? It’s Me, Jesus” (South Park, obviously)

“Are you there, God? It’s me, Stan. If you wouldn’t mind, I don’t wanna be the only kid who doesn’t get his period before the new year. Could you speed up my development a little? Thanks, God. Your friend, Stan.”

“Are you there, God? It’s me, Jesus. I feel like I’ve got a real shot at a comeback, God. For whatever reason, people are starting to follow me again. I’m 2000 years old, but I feel like I’m 28 again! I think I’m going to win everybody back, because I just made a few phone calls, and I’m going to put on the most amazing New Year’s spectacle this world has ever seen!”

This Easter Egg in Bob’s Burgers: 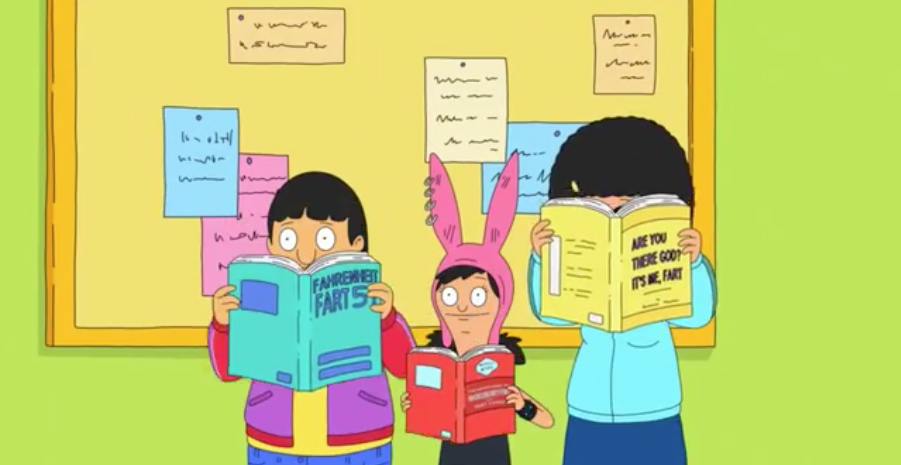 Will Arnett reads Judy Blume on Jimmy Fallon (just because):

The endless compendium of title rehashes: 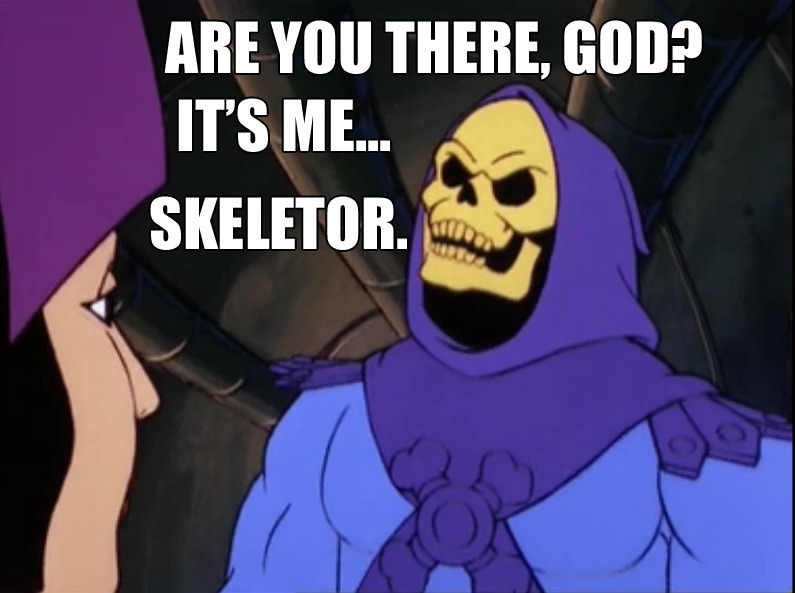 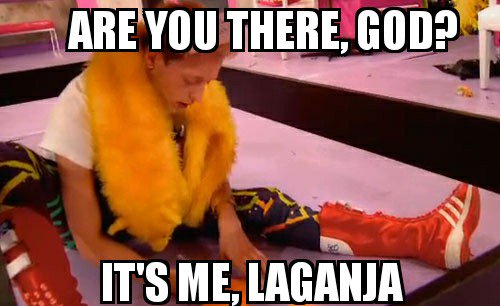 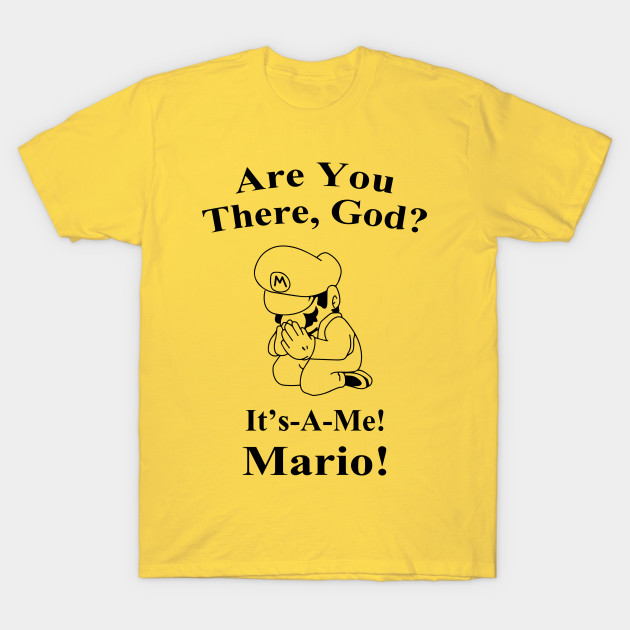 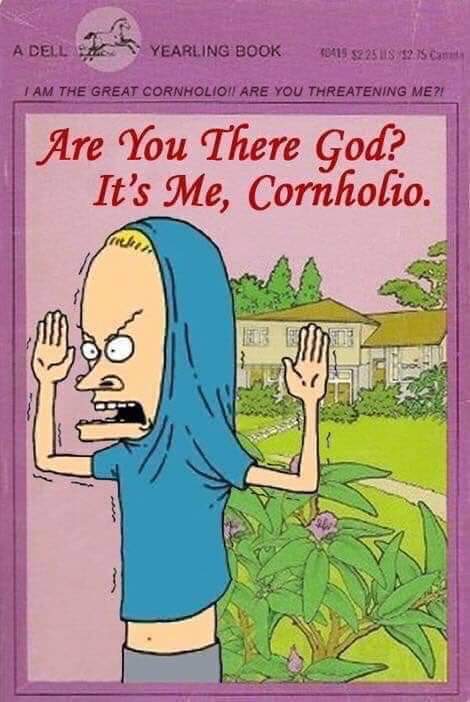 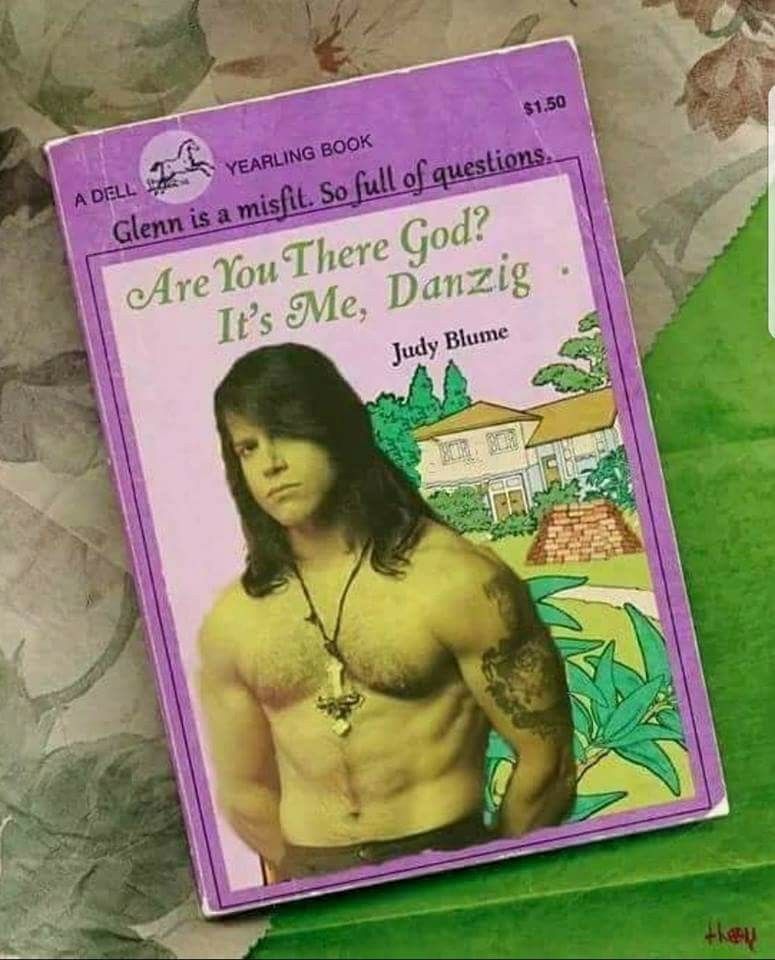 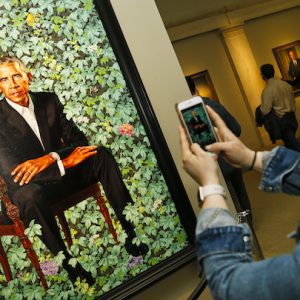 On February 12th, 2018, the Smithsonian’s National Portrait Gallery unveiled the portraits of President Barack Obama and First...
© LitHub
Back to top
Loading Comments...