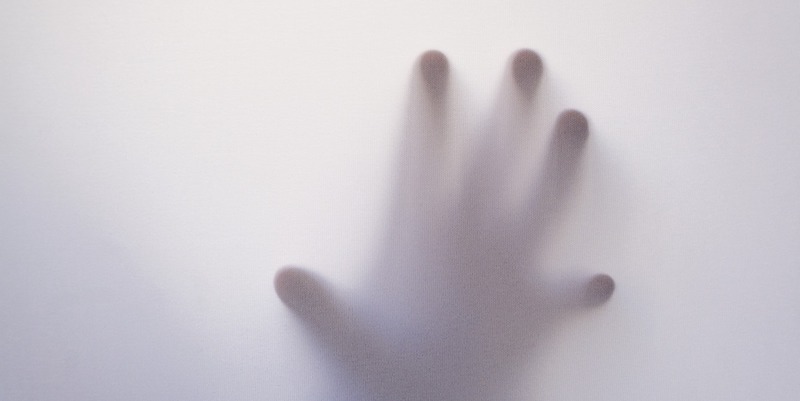 Books That Blur the Lines Between Living and Dead

The tales I was told, growing up in London as part of a sprawling family from Mayo, often featured ghosts. I loved and still love the Irish way of blending darkness and light, the otherworldly and the mundane, the bitterly real and the absurd. The ghosts of my childhood weren’t scary, or even particularly spectral. They would wander through rooms, appear at their own wakes, or even sit down at the dinner table and watch you eat. They often had messages for the living that were rarely profound (memorably; “sort out the rats in the barn, woman, they’re as big as sheep”).

Our ghosts were down-to-earth and their stories were still linked with our own. These sightings and the way we spoke of them, told of the impossibility of letting go, but also of continuing to live with, our dear departed. It was natural that when I started to write, drawing on my family’s oral traditions, dead characters would manifest. At college I learnt I was writing magical realism, a diagnosis based on a variety of symptoms such as a narration with a flavor of a told or tall tale, an interest in folklore, the eruption of a workaday fantastic in a world recognizably our own.

The most interesting symptom for me, however, was a preoccupation with a different kind of haunting. The hauntings in magical realism feature ghosts who are not just scare ‘em specters they are as fully realized as the living characters. These ghosts are part of the fabric of the text, they can’t be debunked, this is not a trick with smoke and mirrors. And the exchange between the living and dead is key. What the ghost has to communicate is important, as is who sees them and why. Ghosts in these fictions may rattle their chains louder because they often represent the silenced, the marginalized.

And like the ghosts of my childhood they often act as a chorus commenting on the world of the living. Rendered real and present in fiction such ghosts are harder to ignore. They stand (or waver) as a challenge to the rational, to the laws of nature, to linear history and chronological order. In magical realism ghosts are the past made literally present, as such, they can represent the difficulties we have in accessing and acknowledging that past. The desire to forget and the desire to remember.

I’ve used ghosts to explore a community colluding to cover up a crime, saintly apparitions to illustrate a lonely caregiver’s imagination. In my latest book, Things in Jars, Ruby Doyle, a dead bare-knuckle fighter and Bridie Devine, a very much alive Victorian detective, experience love and friendship that crosses between worlds. This book list brings together writers from different places, times and traditions. They are united by their magical realist tendencies and their wonderful explorations of the interactions between the dead and the living. In these fictions the fates of living and dead characters are intertwined in ways poignant and funny, tragic and haunting. 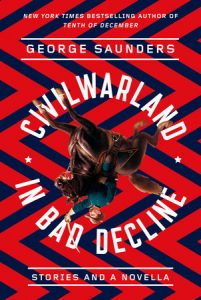 This stunning short story from the collection of the same name is narrated by the sardonic employee of a spectacularly failing historical theme park. Along with its sibling stories this tale builds a portrait of a dystopian world populated by put-upon workers in bizarre leisure industries where experiences are designed to be realistic, at a price. Bleak, funny, with a laid-back narrative that lures and lulls—

only to startle. In CivilWarLand in Bad Decline the narrator’s reality, as Verisimilitude Inspector (bringing the calibre of theme-park prostitutes and the bird population in line with 1865) goes from strange to stranger. But it is the narrator’s exchanges with Mr. McKinnon, the real historical ghost who perpetually re-enacts the traumatic event that befell himself and his family, that resonates. 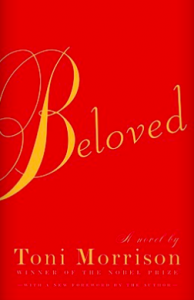 Set in 1873, Cincinnati, the story focusses on Sethe and her young daughter Denver trying to live quiet lives in a house that is anything but quiet. 124 Bluestone Road is said to be full of spite. The hauntings in Beloved are complex and invasive, from the mysterious little hand-prints in the butter to the appearance of a young woman with a telling scar. The past is experienced through “rememories” history being too painful to remember and too horrifying to forget. Sethe has escaped from slavery, attempting to save her children in the process. At the core of Beloved is a remarkable portrayal of mother-daughter relationships and a compelling exploration of grief and loss and guilt in its many guises. 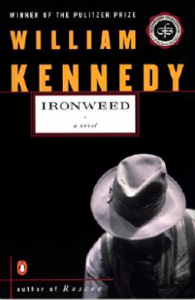 Kennedy’s 1983 novel follows Francis Phelan as he returns to visit to his family in Albany, New York, after spending years on the road. Remarkable visions and brutal realities overlap, as do the worlds of the living and the dead. Francis sees again his dead infant son, his long-gone parents and the men who have died violently at his hands. It is through Francis’s exchanges with the dead that the guilt and pain associated with his past is unravelled. 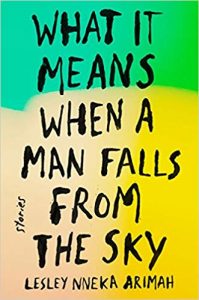 Lesley Nneka Arimah, What It Means When a Man Falls from the Sky
(Riverhead Books)

Reading Arimah’s debut collection is like falling into a wonderfully dystopian world where anything could happen, including going furniture shopping with a dead mother. Set in Nigeria and the U.S. the stories that speak to me are those that deal with intergenerational conflict, particularly the struggles between parent and child. There is tenderness here but also the hurt and the damage even loving families inflict on one another during the course of life and death. For me, “Second Chances” captures wonderfully the absurd grief of losing a parent and then having to let go of them. 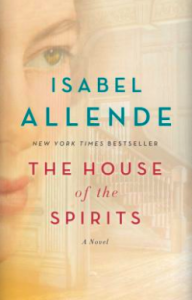 Isabel Allende, The House of the Spirits
(Atria Books)

This novel was given to me many years ago by a college teacher. I read it with delight following the vast cast of characters, witnessing fantastic happenings and down to earth events. Above all, I recognized the relationship between the world of the living and the spirit world. The women in this novel are compelling and wonderfully drawn. Clara the Clairvoyant, Blanca and Alba (by generation: mother, daughter and granddaughter) negotiate their changing worlds very differently. Clara’s engagement with the supernatural pervades the family home. In much the same way that my granny’s tales would bring the shadows out of the corners and let them curl up in the hearth. 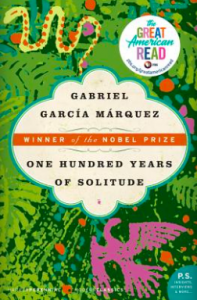 Spanning generations and set in the fictional town of Macondo, this vast, sprawling, vivid feast of a book offers an all-pervasive variety of magical realism. With a strong flavor of the tall tale, the mundane meets the miraculous as complex lives and events unravel. Histories are set to repeat, as well as family traits and even the core character names are recycled. Fantastical happenings abound, amid wider historical shifts and ghosts serve as persistent reminders of the past. 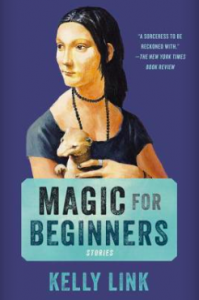 Kelly Link writes—and I utterly believe that a whole village can hide in a handbag. The stories in Magic for Beginners are dark, funny and odd as two left socks. A glorious out-of-kilter weirdness pervades Link’s fiction and the quality of the writing makes you want to stay there even when it’s slightly uncomfortable. Most disturbing are the proliferating lawn-haunting rabbits in “Stone Animals.” The deceased are well-represented from the all-night convenience stores for zombies to the challenges of mixed living-dead relationships. 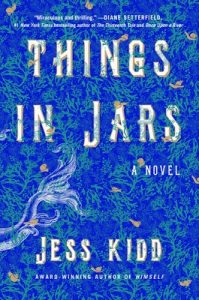 Things in Jars by Jess Kidd is now available via Atria Books.

Jess Kidd is the award-winning author of Himself, Mr. Flood’s Last Resort, and Things in Jars. She has a PhD in creative writing from St. Mary’s University in London. She grew up as part of a large family from Ireland’s County Mayo and now lives in London with her daughter. Her first book, Himself, was shortlisted for the Irish Book Awards. Learn more at JessKidd.com. 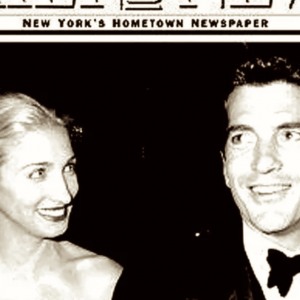 I. In autumn of 1993, as River Phoenix convulsed on a Los Angeles sidewalk, his body riddled with cocaine and morphine,...
© LitHub
Back to top
Loading Comments...