My new novel, House of Trelawney, is a story about old money, new money and no money. Set in Cornwall, it’s a love story and satire about a family of impoverished aristocrats, an unprincipled American financier, and an amoral beauty who meet during the financial crash of 2008. The only thing that unites all is their love for Trelawney Castle. Home to one family for 800 years, it’s been allowed through penury and ineptitude to collapse and decay. Who will win the battle to control and live in it?

I don’t have to look far for inspiration; England is full of crumbling stately homes and the British class system and conventions have always provided rich pickings for writers.

In novels about British class, a house or place becomes as important as many of the characters. Think of Cold Comfort Farm where an extended family live side by side existing on mutual hatred and a snood of porridge. Or in Henry Green’s Party Going, an unforgettable portrait of a doomed, amoral world whose well-to-do characters, trapped in the fog, are somehow waltzing blithely towards oblivion. More recently I have loved Tom Rachman’s The Imperfectionists, about a failing ex-pat newspaper founded in Rome in the 1950s as well as the political and social satires by Jonathan Coe, The Rotters Club and Middle England. 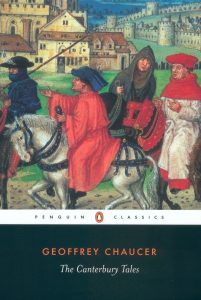 The best known and earliest example of satirical writing was the Canterbury Tales by Geoffrey Chaucer, written in the 14th century. It features a group of disparate people on a pilgrimage—ranging from a virtuous Knight and an austerely devout Parson to a hypocritical genteel Prioress, downright scoundrels, a foul-mouthed miller, a collection of bureaucrats and vocationally ambitious bourgeoisie, and a garlic-chomping Summoner.

It is ribald, hilarious and unpredictable. A set book at my secondary school, it’s remained scorched on my imagination ever since. 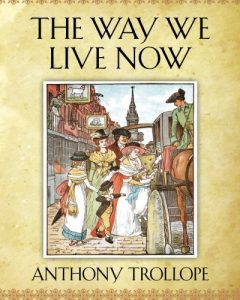 Writing several centuries after Chaucer, Anthony Trollope delighted in skewering the posh and political classes in a series of books. My favorite is The Way we Live Now, published in 1875, where an unscrupulous foreigner, Augustus Melmotte, arrives in London with a stack of worthless shares and a beautiful daughter, intent on swindling hapless and greedy members of the aristocracy out of their dwindling fortunes. 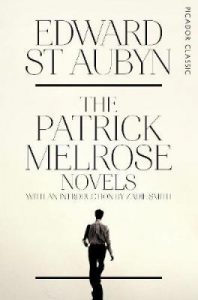 Fast forward over a hundred years to Edward St. Aubyn’s Patrick Melrose novels for another portrayal of a family whose wits and judgement has been dulled by years of fine living. While Patrick’s mother has turned a blind eye to her husband’s sexual abuse of their son, she has opened her heart and wallet to a charlatan faith healer. St. Aubyn’s use of satire deflects but doesn’t diminish the depravity of the father’s acts. 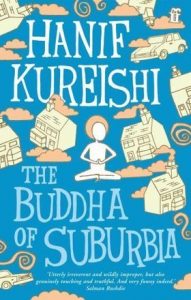 Hanif Kureishi, The Buddha of Suburbia

Hanif Kureishi also uses humor to take on the taboos of race relations and bigotry. In his 1990 novel Buddha of Suburbia, Karim, a young man of Indian descent feels trapped between the world of his Indian ancestors and his country of birth. His father, a bureaucrat by day, moonlights as a dhoti wearing swarmi by night and his mother is too depressed to leave the house. Karim leaves suburbia hoping to find freedom in the theater only to be cast as the Indian boy Mowgli in the Jungle Book. 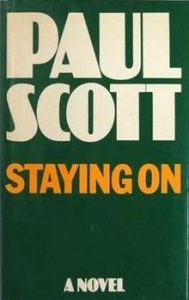 One of my all-time favorites is Paul Scott’s comic masterpiece Staying On. The Smileys, an elderly British couple living on a shoestring in India are trying to maintain standards of the long departed British Raj. If they represent the past, modern India is typified by their landlady, the plumped up and spoiled Mrs. Lila Bhoolabhoy, and her much put-upon husband, the hotel manager and Colonel Smiley’s drinking companion. Here the past and present collide in an excruciatingly funny but never fantastical comedy of errors and convention. 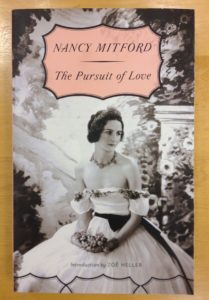 Nancy Mitford, The Pursuit of Love

In Nancy Mitford’s The Pursuit of Love, the family are“always either on a peak of happiness or drowning in black waters of despair; their emotions [on] no ordinary plane, they loved or they loathed, they laughed or they cried, they lived in a world of superlatives.” The father’s hobbies include smearing his daughters with fox excrement and setting his hounds on their trail. 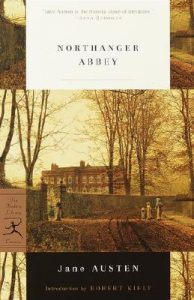 Published posthumously, Jane Austen’s Northanger Abbey is a literary parody on the gothic novel and withering satire of the commercial aspects of marriage among the 19th-century English gentry and a precursor to the more nuanced work Pride and Prejudice. 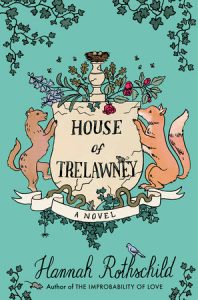 Hannah Rothschild’s novel House of Trelawney is out now from Knopf.

Hannah Rothschild is the author of The Improbability of Love and The Baroness: The Search for Nica, the Rebellious Rothschild. She is also a film director whose documentaries have appeared at such festivals as Telluride and Tribeca. She has written for British Vanity Fair, Vogue, The Independent, and The Spectator, and is vice president of the Hay Literary Festival, a trustee of the Tate Gallery, and the first woman chair of the National Gallery in London. She lives in London. 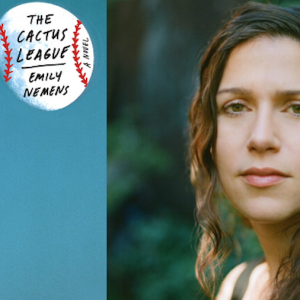 Emily Nemens, author of The Cactus League and editor of The Paris Review, stops by The Damn Library and everyone gets to talk...
© LitHub
Back to top
Loading Comments...