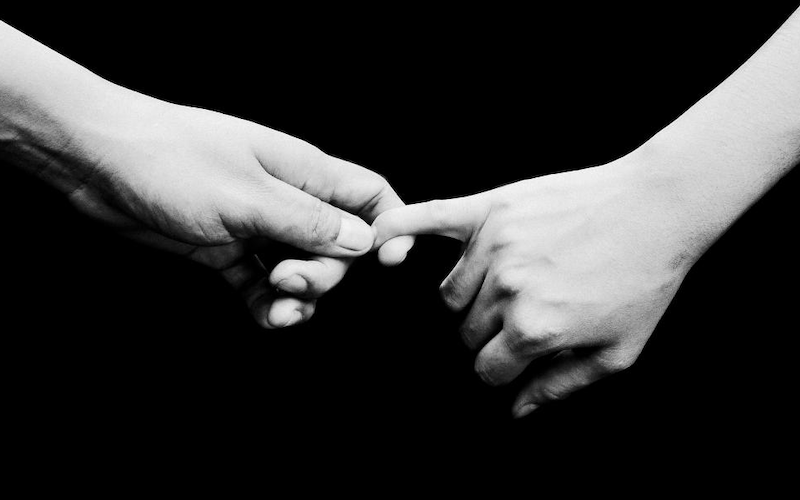 Recalling the Lingering Power of a First Crush

I was 16 years old, nearly 17, when a boy first expressed interest in me. Or, maybe it was that I was 16, nearly 17, when I first took notice of a boy’s interest in me. In those days, I was lost in schoolwork and books, and in the routines of daily life, and anyway, boys were the last things on my mind. In this sense, I did not feel like all the other teenage girls I knew. Certainly not the ones I saw in the movies.

We were living in Lancaster, Pennsylvania then, and he was a tall, brown-haired, brown-eyed boy, a mix of Irish and American Indian and maybe German, and one or two other ethnicities. He was 17, and a Jehovah’s Witness like us, which was why I was even allowed to be in close proximity to him (outside of school, my siblings and I were only allowed to spend time with fellow Witnesses. We were to be “no part of the world”).

At first, he was really just my brother’s friend. People in our congregation liked to say that he—say his name was Paul—looked like a mixture of Keanu Reeves and Brad Pitt. Mostly they thought he looked like Keanu. It was I who saw the resemblance to Brad.

Some evenings after school on days that weren’t Bible Study days, he would come over to the townhouse my family rented in Olde Hickory Village. He would come over, also, on weekends, after field service was done, those hours of the day when we were no longer going door-to-door. He and my brother would shoot hoops in the community basketball court. Sometimes other Witness boys would join in. They’d be gone for hours, then afterwards they’d all stroll into the house, all sticky with sweat, their clothes clinging like Saran Wrap to their skin.

Small by small, Paul started to show up looking a bit too put-together for a game of basketball—no tee shirt and gym shorts. Dress-shirts, even, at times. Definitely no sweat involved.

Sometimes we all used to go bowling, and as Paul had just gotten himself a used red Honda Accord from the money he saved from his part-time construction work, he was the one who drove us to the bowling alley. One day, things worked out so that I wound up in the front passenger seat of his car. I can’t now remember who were the others in the backseat—maybe my brother and some of his other friends. What I do remember is that somewhere along the drive to the bowling alley, Paul took my hand in his, just held it, and then very tenderly, began stroking it.

What I do remember is that somewhere along the drive to the bowling alley, Paul took my hand in his, just held it, and then very tenderly, began stroking it.

Things continued this way for a few weeks: He would come over about every other day, just hanging out with my brother in the living room. It wasn’t even winter, and there they’d stay in the living room. No more basketball. Sometimes they’d watch television, because those were the after school hours when my mother was either at the Women Infants Children office on Rockland Street where she worked, or busy in the kitchen preparing dinner, and my father was not yet home from work—neither one of them present to monitor our television viewing.

One day, as we sat in our living room, Paul said to me, “So, what do you want to do when you graduate?” I said that I didn’t know, but probably go to university like my parents. The truth was, there was no question about it: even though Witnesses rarely went to college (Why invest in this system of things when the world was soon coming to an end?), my parents were both university-educated, and as true Nigerians, they saw education as an imperative.

Anyway, Paul called me and asked me what I wanted to do, I told him I didn’t know. He asked me about marriage. Did I see myself having children? I told him, of course! Surely one day in the future.

He asked me what names I would name my child.

“Nigel, if it’s a boy!” my brother offered, jokingly, from where he sat in the living room.

Maybe, I replied. I knew that I wouldn’t. It sounded too stuffy and entitled and British, and in what world would I ever find myself giving birth to a stuffy, entitled British child?

He pulled me to him and wrapped an arm around me, placed a kiss on my cheek, and then another one very barely on my lips. I stiffened. Maybe because my brother was there in the room with us, or maybe because my mother was in the kitchen, just one room over. Maybe, even, I was too mindful of the teachings of the elders at the Kingdom Hall, who often warned the young people against behaviors like this. Or maybe it was simply that I was not ready to go on the journey that Paul’s questions were implying that he would have liked us to go. Whatever the case, I was somehow frightened by his attention, and I recoiled from his embrace.

That was the end of things. After that, I stopped hearing from Paul. For a couple of months, he’d been calling me, at least every other evening, no less than twice a week. After this incident, his phone calls ceased. Whether I had been wanting to make babies with him or not, I had grown accustomed to his friendship and genuinely enjoyed our phone conversations. The complexity of desire. What did we even talk about? Overbearing parents, for sure, but otherwise, I can no longer remember. When two full weeks had gone by, I decided to call him. His mother picked up the phone.

“Paul!” she called to him, after we greeted each other, and after I asked to speak with him.

“Yeah?” I heard him respond.

“Chinelo is on the phone for you!”

There was some rustling on the line before she returned to me and said, “I’m sorry, but he says to tell you he’s not here.”

I got off the phone.

Days later, I called again, with the same result.

In the following weeks, a rumor began to circulate among the young people in the Kingdom Hall that several of the older boys had met some pretty girls somewhere in town, and that there would be a party the upcoming weekend.

It couldn’t have been more than a few months later that a new rumor came traveling through, that Paul had had sex with one of the girls they had met and that now she was pregnant, and that unless he married her, he would surely be disfellowshipped. The girl was a teenager like us, a little younger than me, maybe a year or two younger than Paul.

Paul did in fact marry her, and some time later, rumors had it that the girl had had their baby. A smooth delivery. I no longer saw him in the Kingdom Hall. If my memory serves me right, he had anyway been disfellowshipped, being that he had had pre-marital relations.

I bemoaned the fact that this could be the path that my first attempt at a relationship had taken. That the boy who claimed to desire me could so easily have been deterred by another girl, and in a way that seemed so correct.

By two or so years later, Paul’s young wife had given him another child. In time, he was re-instated into the congregation, and his wife even began to join him in attending meetings at the Kingdom Hall. I imagined that their marriage had been written in the stars, and secretly, I chided myself for not being the girl that Paul had wound up with in the end. I bemoaned the fact that this could be the path that my first attempt at a relationship had taken. That the boy who claimed to desire me could so easily have been deterred by another girl, and in a way that seemed so correct. There was a feeling of not being enough, a feeling that somehow I had failed a test and had consequently been rejected. But when I thought about it, the truth was that I could not even have said if I liked Paul, much less loved him, in the way that could have led to even the possibility of marriage. I could not have claimed the butterfly feelings that many girls I knew claimed when a boy liked them, and when they, in turn, liked the boy. I had never been the kind of girl to have crushes or to fawn over boys, and even less fawning was I over Paul.

Still, a boy had liked me, and it had been a nice thought in and of itself. And in many ways, I did like him too. For the years that followed, I would return to this time in my life, and the memory of Paul would be like a scab, and I would run my fingers over it, poke gently at it just to see how far the healing had come. There’s a way in which these small incidents stay with us. These days, I am grown enough and have gathered enough life experience to know that love is anyway as unpredictable as life, that even if things had not gone the way they had in my family’s living room that day, or with Paul’s impregnation of the girl, who is to say that our lives would likely not still have led us along two very separate lines?

Chinelo Okparanta was born and raised in Port Harcourt, Nigeria. Her debut short story collection, Happiness, Like Water, was nominated for the Nigerian Writers Award, long-listed for the Frank O’Connor International Short Story Award, and was a finalist for the New York Public Library Young Lions Fiction Award, as well as the Etisalat Prize for Literature. Her first novel, Under the Udala Trees, was nominated for numerous awards, including the Kirkus Prize and Center for Fiction First Novel Prize, and was a New York Times Book Review Editor’s Choice. She has published work in The New Yorker, Granta, Tin House, the Kenyon Review, AGNI, and other venues, and was named one of Granta’s Best of Young American Novelists. She received her MFA from the Iowa Writers’ Workshop, and she is currently Associate Professor of English and Creative Writing at Swarthmore College. Her second novel Harry Sylvester Bird was published by Mariner Books in July 2022. 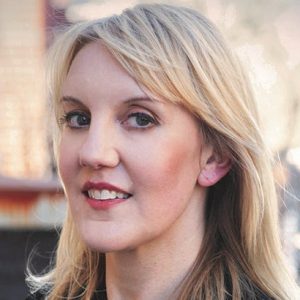 In this episode of The Literary Life with Mitchell Kaplan, Ada Calhoun joins Mitchell to discuss her latest book, Why We Can't...
© LitHub
Back to top
Loading Comments...