TODAY: In 1955, James Baldwin’s Notes of a Native Son is published by Beacon Press.

Talking to Phillip Lopate about what makes a great American essay • Brianna Zimmerman on protest, the post office, and the politics of joy • The Center for Fiction First Novel prize finalists on the books that won their young hearts • Betsy Bonner talks to Jeannie Vanasco about the infinite aftershocks of family tragedy • Dinty Moore on the rise of flash nonfiction • Peter Frampton talks fame, David Bowie, and The Simpsons, with Dan Sheehan • On the lost digital poems (and erotica) of William H. Dickey • How Woody Guthrie’s mother shaped his music of the downtrodden • On the mysterious celebrity miracle worker of postwar Germany • Michael Rabagliati draws the rise and fall of a 30-year relationship, one panel at a time • Government security clearance isn’t always great for your writing career • “Who wants to be the guy who paralyzes Michael J. Fox?” Who indeed • Alex Lockwood on his syllabus from non-white and non-cis writers • Dubravka Ugrešić wonders if “democracy” has lost all meaning • Jorge Carrion’s ode to bookstores couldn’t come at a better time • Why Harry Houdini did not like Arthur Conan Doyle • Timothy Denevi, among American brown shirts in the capital • Jehad al-Saftawi documents the dangers of working as a journalist in Gaza • The Guerilla Girls: “It’s an outrage that museums in a wealthy country like the US must rely on billionaires to exist” • On the suppression of Rotwelsch, the lost language of Central Europe • Bill T. Jones on the uneasy liaison between storyteller and listener • Alyssa Pelish on “The Final Girl, the lone female character in a slasher movie who manages to survive” • Doon Arbus talks to Francine Prose about the question that eventually confronts all writers

Here’s every National Book Award for Fiction and Nonfiction winner of the 21st century • The Sellout, Station Eleven, Crime and Punishment and more rapid-fire book recs from National Book Award-winner Charles Yu • Megan Hunter recommends five books about women transformed, from Angela Carter’s The Bloody Chamber to Margaret Atwood’s Surfacing • From the archives: the first reviews of every Margaret Atwood novel, from The Edible Woman to The Testaments • Barack Obama’s memoir, Robert Harris’ latest WWII novel, and an oral history of Dazed and Confused all feature among the Best Reviewed Books of the Week

C.J. Box on Big Sky, big twists, and bringing his beloved Montana characters to the screen • The CrimeReads staff recommends November’s best international crime fiction • Abby Endler of Crime by the Book talks love and murder with Jo Nesbø • Why odd couples and opposites make for great mystery fiction, from S.M. Goodwin • Crime and the City heads to Mexico City, a sprawling city with a rich tradition in mystery and crime fiction • 40 years after Jonestown, Courtney Summers reflects on the difficulty of writing about cults and the people who join them • Otto Penzler traces the evolution of espionage fiction • Erin Lindsay would like to remind you that Teddy Roosevelt hung with the wildest lawmen of the Old West • Les Standiford explores the history of crime writing in Miami • Matthew Deandra mourns his mother, Orania Papazoglou, who wrote as Jane Haddam 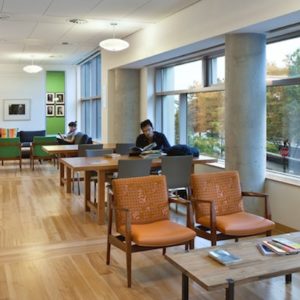 It's been a tough week for Poets House. On Monday, the organization announced that it would temporarily suspend operations...
© LitHub
Back to top