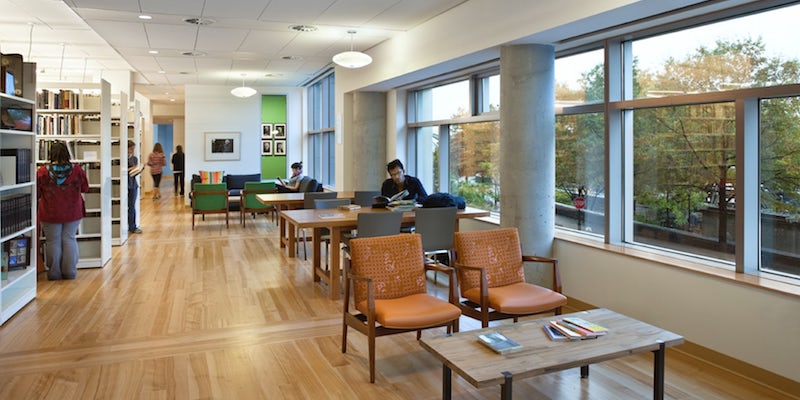 Poets House’s former employees claim that it temporarily closed over their intent to unionize.

It’s been a tough week for Poets House. On Monday, the organization announced that it would temporarily suspend operations in light of financial losses during the coronavirus pandemic; today, a group of former employees claims that the closure was motivated by recent staff complaints over harassment and discrimination, along with their intent to unionize.

“While we recognize the dire financial situation that arts organizations across the world are experiencing, we believe the closure and layoffs are a direct, retaliatory response to our efforts to form a union at Poet’s House with UAW Local 2110 and to address discriminatory and exploitative practices at the institution,” the statement said.

The former employees allege that they initially raised these issues at a meeting on February 28th, and that their complaints “continued through the initial months of remote work with acknowledgment from management but little progress.” On August 20th, staff met with the management and board to raise “concerns about racism, discrimination, sexual harassment, and mismanagement to Poets House’s Executive Committee.” After that meeting, members of the staff, management, and board created a committee to hire a consultant who would lead diversity and inclusion training and help revise the organization’s code of conduct. At the same time, the board hired an investigator to look into employees’ allegations.

Meanwhile, support was building among staff to unionize; after “a majority” of the staff signed union support cards, the group filed a petition to unionize and notified management, giving them a deadline of Nov. 17 to respond. The day before that deadline, staff received notice of the layoffs.

In response, a statement from Poets House denied that the layoffs were related to unionizing and laid out a fuller picture of the organization’s financial situation:

The bottom line is: weekly payroll was $17,000. We had been operating in a deficit for months. Emergency relief and individual giving couldn’t keep pace with expenses. The cash reserves were near depletion. We were not able to program our way out of this financial hole. The board acted to preserve the mission, the space and the collection for the public, which was and remains its primary obligation. And if we hadn’t acted when we did, there would have been nothing available to pay out in severance.

That statement also said “no actual examples of “workplace discrimination, sexual harassment, and exploitative labor practices” have ever been provided by those who lodged them,” and its investigator had found that these claims were “insubstantial.”

In a separate statement to Lit Hub, a spokesperson added that Poets House planned to follow recommendations that the investigator had made in light of the complaints:

When we learned of employees’ concerns, we retained, with input from the employees, an independent investigator to investigate these matters. The investigator recommended that Poets House review and strengthen its human resources policies and practices, and provide suitable training for staff, leadership and the board. The process for doing so had begun and will resume when Poets House reopens.