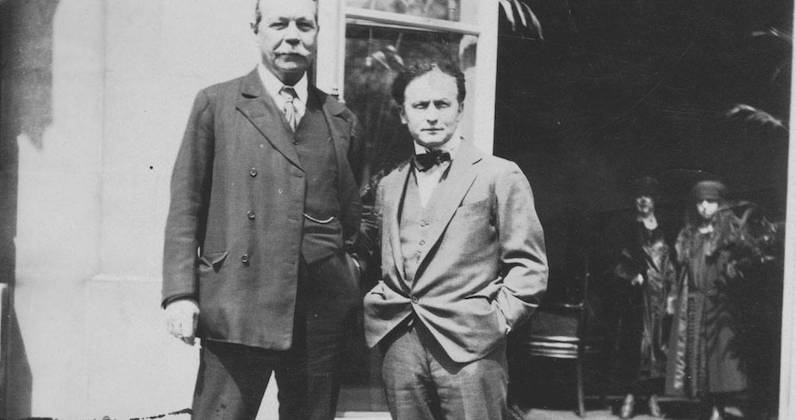 When the Rational Trickster Meets the Credulous Rationalist

Arthur Conan Doyle and Harry Houdini first met in 1920, brought together by a mutual interest: spiritualism. Their friendship did not last long. There were ironies in their relationship from the start. The creator of Sherlock Holmes, that most rational and empirical detective, was convinced by many spiritual phenomena, while the greatest illusionist of the age was determined to demonstrate that spiritualism was trickery.

Conan Doyle believed that Houdini was not just a supremely skilled escapologist but also someone who actually possessed magical powers, and in this belief he was not alone. Ironically, Houdini was on a crusade to show that spiritualism and various other forms of “magic” were based on skilled trickery, so to be thought a magician himself was extremely vexing, especially by someone like Doyle, whom he initially respected.

Houdini’s inability to convince Doyle that he possessed no magical powers caused a fracture in the relationship, exacerbated by their disagreement over a number of other cases.

Spiritualism was based on the idea that humans are composed of their physical aspect, the body, which is separate from the spirit; the latter can survive the death of the body, prolonging the existence of this more essential element of a person. Spiritualists variously tried to contact the spirits of the dead, gaining news of the after-life and possibly the future, but they also enlisted spirits to perform feats impossible without their help.

Not all spirits were the ghosts of dead people; some were spirits of place or more abstract forces. Bad spirits could also inhabit the living, raising the possibility that some forms of mental illness were caused by possession.

Spiritualism started as a movement on the east coast of America from the 1840s, at the same time that many were coming to doubt more conventional religious beliefs. Conan Doyle became interested in spiritualism in the 1880s, lessened his interest for a decade or two, then became more convinced around the First World War, at a time when mass death inclined many to seek out the spirits of the deceased.

The establishment of late-Victorian and Edwardian times took concerns about spirits and psychical research seriously.

Conan Doyle was a member of the Ghost Club and the Society for Psychical Research, both of which still exist. The latter describes itself as the “first society to conduct organized scholarly research into human experiences that challenge contemporary scientific models.” Other members of these societies included Charles Dickens, W. B. Yeats, Siegfried Sassoon, Alfred Russel Wallace and Arthur Balfour—the establishment of late-Victorian and Edwardian times took concerns about spirits and psychical research seriously.

The Davenport brothers, Ira and William, claimed they received spiritual help for the activities that made up their stage show, which was a lucrative business for them. Their stage act started in 1854, in the early days of spiritualism, traveling first in their native New York State and then to many places, including Britain.

The most famous of the Davenports’ acts involved a large mahogany cabinet, which they called a Spirit Cabinet, in which the two men were tied with various ropes. The cabinet also contained a cowbell, a tambourine, a guitar and a violin, and as soon as the doors of the cabinet were closed the instruments began to play, even though when the doors were opened the Davenports were found to be bound. A number of illusionists had stage acts of this kind; the Davenports raised the stakes when they claimed not to be illusionists but men aided by spirits.

It is possible that their father, an ex-policeman from Buffalo who became the Davenports’ manager, saw the so-called Shaking Tent ceremony, common among Algonquin-speaking groups in North America, and used this as a model for his sons’ act. The ceremony is one of a number of séance-like performances common among the Inuit and native groups further south; in it, a shaman is bound in a tent from which the sounds of musical instruments emerge.

The shaman is found either still bound or free at the end of the ceremony, and the audience has no doubt in these cases that spirits have been summoned. The Davenports’ stage act using the Spirit Cabinet took the same form as séances common in the late-19thcentury on both sides of the Atlantic, but magnified them into a much larger form for the stage.

Houdini met the surviving Davenport brother, Ira, in 1910 in Mayville, New York (William died young, in 1877). Ira revealed to Houdini the knot that the Davenports could slip out of but also, more importantly, back into, while in the cabinet. Later in 1924 Houdini wrote a book exposing mediums and their activities at séances—A Magician among the Spirits.

Houdini’s position was complex and interesting. The greatest illusionist of the last century became the great debunker of illusions. Conversely, Houdini was keen to stress the physical skill and strength that formed the basis for his act and to reveal the tricks employed by others, many of whom claimed not to be tricksters. Houdini himself became the subject of myth-making, seen by some as having shamanistic powers; and Conan Doyle was not alone in considering Houdini to be a magician, a view expressed in his book The Edge of the Unknown (1930).

Conan Doyle’s two-volume work The History of Spiritualism (1926) was an argument for the veracity and validity of the spiritualist movement, citing, among many other cases, the Davenport brothers and the Spirit Cabinet as an instance when people were able to summon spirits.

Important issues were contained in the disagreements between Houdini and Doyle that resonated elsewhere. First was the issue of evidence and how different people were either convinced by, or skeptical of, exactly the same set of events, such as the activities within the Davenports’ Spirit Cabinet. The creator of the arch-empiricist and logician, Sherlock Holmes, was famously credulous. Houdini took a lot to be convinced of other-worldly phenomena.

Deeper issues were also involved, concerning the nature of the person and of reality more broadly. Were people divided into body and spirit, with the latter surviving the death of the body? As skepticism concerning religious belief grew, so did doubts about life after death, which in turn threw notions of the composition of the person into doubt—perhaps people did not have souls or some form of immaterial reality?

Notions of hidden realms became important both to an emergent psychology, in Freud’s idea of the unconscious, and also to quantum mechanics.

Furthermore, if spirits existed they must inhabit some realm beyond everyday reality, implying that there could be a series of parallel worlds, with communication between them possible under certain circumstances; the world we see, hear, feel and smell every day is part of reality and not the whole of it. It is further possible that those dwelling in other realms had knowledge of our world that we do not: spirits may be able to see the future or understand the deeper causes of events that mortals cannot perceive.

Notions of hidden realms became important both to an emergent psychology, in Freud’s idea of the unconscious, and also to quantum mechanics, which sketched out forms of reality very different from that which we inhabit.

Freud himself wrestled with the problems of spiritualism and magic, becoming gradually more convinced about a range of phenomena, such as the existence of ghosts and the possibility of telepathy, rather than more skeptical. In 1909 we find him visiting a medium in Vienna, an encounter that raised questions he could not entirely dismiss. In 1910 he presented a paper to the Vienna Psychoanalytic Society on spiritualism, and in one meeting of the society a psychic medium was brought along, although people were generally unconvinced by the medium’s telepathic powers.

In 1911 Freud joined the British Society for Psychical Research, and this time was more convinced by a séance. Later Freud even took the role of a medium himself. By the 1920s he was seriously entertaining the possibility of telepathy, both through dreams and in waking life, although it is also true that some of his friends urged him to tone down his positive comments on psychical phenomena in his talks and writing.

Overall, the relationship between psychoanalysis and spiritualism is a complex one. Freud’s broad point—that underlying the working of our more rational mind is a less rational one, wrestling with various urges, often sexual, and their repression—finds echoes and maybe inspiration in the hidden worlds of spiritualism. Psychology, in its Freudian forms and other variants, changed the environment in which magic existed in the Western world, as deeper realities were sought beneath surface appearances. 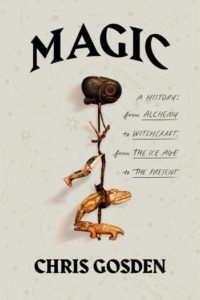 Excerpted from Magic: A History: From Alchemy to Witchcraft, from the Ice Age to the Present by Chris Gosden. Published by Farrar, Straus & Giroux November 10th 2020. Copyright © 2020 by Chris Gosden. All rights reserved.

Chris Gosden is a professor of European archaeology at the University of Oxford. Previously he was a curator and lecturer at the Pitt Rivers Museum, Oxford, where he encountered many magical objects displayed in a scientific manner. Gosden is a Fellow of the British Academy and the Society of Antiquaries.

American Brown Shirts in the Streets of the Capital 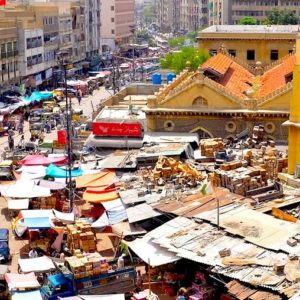 Chaudhry Aslam acknowledged that he operated in a morally complex world where the line between criminal and cop could be hopelessly...
© LitHub
Back to top
Loading Comments...