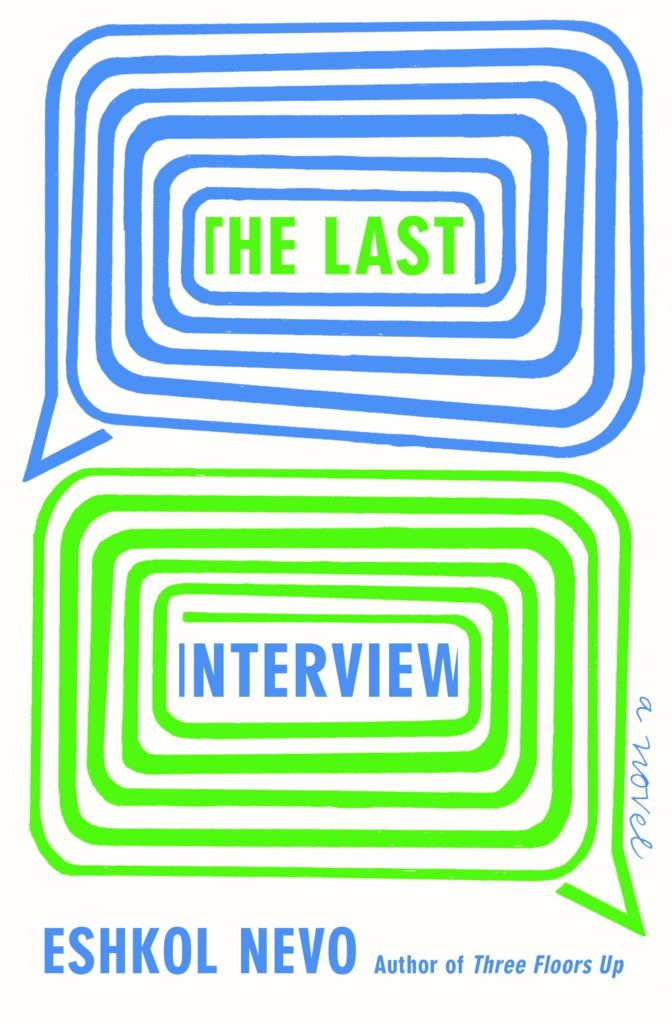 The following is excerpted from Eshkol Nevo's novel, The Last Interview, translated by Sondra Silverston. One of Israel's most successful living writers, Nevo is the author of five best-selling novels, including Homesick, which was long-listed for the 2009 Independent Foreign Fiction Prize. Silverston (translator) has translated the work of Israeli fiction writers such as Etgar Keret, Ayelet Gundar-Goshen, and Zeruya Shalev, among others. She has lived in Israel since 1970.

Did you always know you would be a writer?
No. But at some point in my adolescence, I realized that my masturbation fantasies were much more detailed than those of my close friends. With them it was always as bare bones as a mug shot. With me there were obstacles, conflicts, rounded-out characters. If I wanted to be aroused by my fantasies, I had to believe them, so I constructed them in great detail. I remember a night we spent in sleeping bags in the basement of Hagai Carmeli’s house, four close friends, and each one talked about his fantasies. I was the last one to speak, and by the time I finished, everyone was fast asleep, except Ari. Before zipping up his sleeping bag for the night, he said in a drowsy voice: Bro, I think you’re going to be a writer. But you have to learn to cut it down a little.

What motivates you to write?
A teacher of mine once told me to keep a journal during the Passover vacation. I took a notebook to Ras Burqa and every once in a while I would take it up into the hills and write about the world beneath the water and the one above it.

Then my parents decided to move from Jerusalem to Haifa. I wrote a few protest poems against the move, but as usual with protest poems, it didn’t help.

After that, in twelfth grade, we had an end-of-year show and Tali Leshem played the flute. I wanted to be around her as much as possible in the hope that she would notice me, but I had no talent—I didn’t sing or dance or play a musical instrument. So I volunteered to write the lyrics for the songs in the show.

In the army, I wrote Tali letters. I thought that if she received a letter from me every day, she wouldn’t leave me for someone who came home more often.

In South America, after the army, I wrote letters to Dikla. Sometimes I wrote her about things that happened on the trip and sometimes I made up things that didn’t happen. I noticed that I enjoyed writing the made-up things more.

Dikla and I split right before I joined my first writing workshop, after I’d graduated from university, and every word that came out of me there, maybe even ever since, was an attempt to fill the huge space created by her absence.

A year later, Dikla and I got back together.

Then I made a few choices in my life: marriage, kids, a mortgage.

Life moved onto a much too narrow path, and writing was the only thing outside it.

The life I couldn’t live—I wrote. It worked for a few years, numbed the longing a bit, but then Ari got sick and Shira went away to boarding school. And Dikla no longer delighted in me.

That was the beginning of one of those times. A crisis, I think it’s called. I figured it would be over in a few months, but I was wrong.

People on the outside don’t see it, but I know I’m sinking. And I know that now I write to survive.

What does your workday actually look like?
For the last year, I’ve been waging an ongoing war, a trench war in every sense, against dysthymia: an acute mood disorder characterized by a chronic, low-grade feeling of depression. In simpler terms: Once I used to wake up happy and now I wake up sad. I’m not sure I know why, I have no idea how to shake it off, and I don’t know how much longer Dikla can take it. Lately I’ve had the feeling that she’s keeping her distance from me. Maybe she’s afraid she’ll catch it.

Once, I knew how to answer that question. I mean I knew that I would always respond with blatant lies to protect myself and the people close to me.

Anyway—my morning always begins with strenuous physical activity, running or bike riding, which is supposed to release mood-enhancing substances into my bloodstream. Then I call Ari and we talk about Hapoel Jerusalem basketball, the nurses in the department, the chance that the Shabak S rappers will reunite—anything but his illness. Though the conversation is meant to cheer him up, it cheers me up too and takes the edge off my intense feeling of loneliness. Then I doze off for a while, wake up, drink two cups of coffee one after the other, eat an entire bar of milk chocolate, and turn on my computer like someone who seriously intends to write his next novel. I sit in front of the blank screen. A few minutes later, I wander over to this interview, which was sent to me by an Internet site editor who collected surfers’ questions for me. I answer one or two of them. Three at the most. Now it’s one thirty already, my middle child is home from school, and the racket she makes in the living room is so distracting that there’s no point in continuing. So I turn off the computer and go to make lunch. We sit down to eat together. She’s been really prickly this last year, and I, with my dysthymia, find it a little hard to take. Nevertheless, I still try to get to her through the tangle of thorns that has suddenly shot up around her, but that’s so tiring that after lunch, I have to take a nap. I set the alarm so I won’t be late to pick up my sweet little son from day care. When he sees me come in, he laughs with joy and runs to me, and for a moment as brief as a song, it seems that everything will be fine.

How autobiographical are your books?
Once, I knew how to answer that question. I mean I knew that I would always respond with blatant lies to protect myself and the people close to me. But I also knew the truth, which is that there are and always were bits of autobiography in my fiction, usually in the female characters. To throw readers off the track.

As time passed, things grew more complicated. Because, for example, what can you do with a book that predicted what actually happened in your life? You think you’ve created a far-out plot, something really bizarre. Then a year after the book comes out, the plot becomes reality. Is that autobiography?

And what about all the “behind-the-scenes” stories I tell the readers at those meet-the-author evenings, stories that are supposed to reveal the personal experiences that led me to write my books? From constant telling, those stories have become so polished and refined that I’m not sure anymore that they actually happened.

Not to mention the habitual tale-telling that has slowly trickled into my personal, nonliterary life.

For example, when I visit Ari in the hospital.

Before we went on our big trip together, my grandmother asked me: Who are you going with? When I said, With Ari, she sighed and said, Very good, he’ll take care of you.

Now his strong, sinewy arms have shriveled. And his once full cheeks are sunken.

He asks me to get him a glass of water from the cooler, and when I come back, we begin to talk.

But I can’t tell anything but stories anymore. Everything that happens in my real life, from the moment it happens, is adapted into a good story I can tell sometime. When I meet with my readers. In interviews. In my hospital conversations with Ari, who closes his eyes while I’m speaking, takes my hand, and says: Let’s shut up for a minute.

What are you working on right now?
The truth is that I’m still recovering from the previous book, or more precisely, from the endless emptiness that comes after I publish a book. That’s when I invest most of my energy in trying not to fall in love. The year after publishing a book is dangerous. You walk around with such a powerful inner hunger that people can see it from the outside. And the easiest way to satisfy that hunger is to fall hopelessly in love. Let’s say with a Slovakian documentary film director with a scar on her left cheek that looks like a dimple who you meet at the Haifa film festival. A passion that takes you a year to recover from. So it’s better to stay home. Withdraw from the world. Seal off your heart. To prevent any crack from forming that would allow a woman other than your wife to enter. That’s what I’m working on now.

Dawn was already visible through the shutters. My wife was still breathing the even breaths of sleep.

The fictitious woman who is the negative image of my wife, the woman I had to give up any possibility of being with when I decided to get married.

The woman who is me.

I’m embarrassed to admit that it’s the third woman I’m most attracted to.

How do you deal with the exposure involved in publishing a book?
I googled myself once. What a mistake. I spent all night reading things people wrote about me. Once, during a school trip, I pretended to be asleep and heard two kids talking. About me. This time, there were a lot more than two. Maybe a thousand. Maybe two. On one site, they even posted a picture of the sunspots I have on my cheeks and demonstrated how to photoshop them out. I finally went to sleep at four in the morning. The nasty retorts kept rising in my throat. I spooned myself against Dikla’s back. Once, when I did that, she would take my hand and put it on her heart. Not lately. Lately, I’m no longer sure she loves me. Nevertheless, I matched the rhythm of my breathing to hers and whispered to myself: I have a home. I have a home. I have a home. I didn’t sleep a wink that night, and I suddenly began thinking about—of all people—a neighbor we’d had years ago. An elderly woman—you might even call her old— who once gave me a ride to the sea and, on the way, told me she belonged to a nudist group. And I, only nineteen, loved the idea and asked if I could join. To expose myself.

Dawn was already visible through the shutters. My wife was still breathing the even breaths of sleep.

Everything is foreseen, but there is freedom of choice.

Excerpted from The Last Interview by Eshkol Nevo, translated by Sondra Silverston. Excerpted with the permission of Other Press. 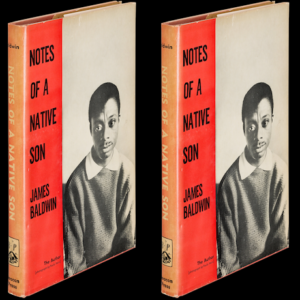