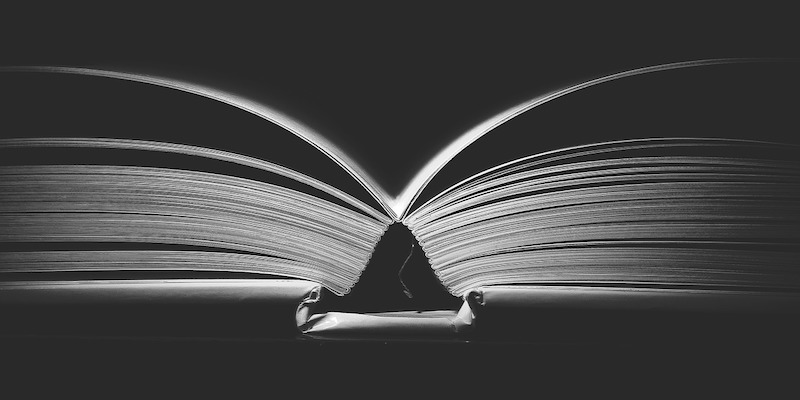 "I submitted my work and waited. And waited.
Fifteen months, I waited."

When I began to write after a long career of soldiering and spooking around the world, I thought life would be easy. I had written some stories before—never published because their endings never seemed to arrive—but I slowly realized that putting words to paper that people would actually want to read was not straightforward. Obstacles began to intrude upon my new avocation: writer’s block, English grammar, finding an agent (I still haven’t), writing query letters, and a general lack of discipline. But I forged on, eventually managing to get four military histories published and read by a few people.

In the course of writing, I found another obstacle to add to my list. It affects few writers, but it is a sword of Damocles for those that it does; namely, almost every government employee who wants to publish anything related to their former employer. It’s called the prepublication review, and it is a reality for anyone who has signed the dreaded Standard Form 312.

What is the SF 312? It is a common and often misunderstood official document that every holder of a US Government security clearance must sign. Its full name is the Classified Information Nondisclosure Agreement. It’s a piece of paper that you sign once and never see again (even if you ask to see your copy). It is a life-long (yes, life-long) contract with the United States Government which stipulates the signatory may never divulge anything of a classified nature and all writings must be reviewed by what is called the Pre-Publication Review Board (PRB).

If an author fails to submit his work to the PRB for review before publication, he runs the risk of civil and criminal penalties, not to mention forfeiture of any compensation received—even if the manuscript contains no classified or sensitive information. The failure to submit is in itself a breach of the agreement. Any former government employee who has signed it dreads (or should dread) receiving a summons declaring them in “material breach.” In these days of black helicopters and unmarked cars, it’s an ominous feeling. Just ask Mark Owen, a Navy SEAL who, after failing to submit his book for review, forfeited around $6 million dollars to the US Government.

The only way around the NDA is to write cookbooks or tomes on gardening, something that has nothing to do with the government. Anything else must be submitted to ensure it does not give away secrets—the so-called keys to the kingdom. As if I had any to begin with. Gun-toting commandos and spooks that wander third-world capitals at night aren’t usually privy to the government’s real secrets. More importantly, I’ve never been to Area 51.

I submitted my work and waited. And waited. Fifteen months, I waited. Only after I threatened lawyering up did the process gain some speed.

The act of redaction is simple: when the reviewer sees an offending word or phrase, they note it in a separate document (word, page number, and offense) and then strike it from the manuscript. At the end of the exercise, which is stipulated to take no more than 30 days but can last 24 months or longer, they send the author a letter that says, “The Prepublication Classification Review Board completed its review of your novel received on (date) and entitled, (title). The Board determined that your submission contains no classified information. Approval for publication of this material does not represent our endorsement or verification of, or agreement with, this work.”

If they do find offensive material the letter will state, “the manuscript is approved as amended for public release, subject to the removal of the material (pages indicated).” The “material” will be ominously blacked out. Invariably, a single word is cited as the reason: “security.”

My first experience with the PRB was after I retired, when I wrote the history of an elite but now defunct military unit in which I served. Many comrades who I interviewed for the book doubted it could ever be published because the unit was classified “Secret.” In my opinion, that was what the PRB was for: decide what can and cannot be published. Some, unmoved by that explanation, refused to talk. One even hung up on me (reminder: no Christmas card to him). The official Army historians also refused to cooperate, using the same excuse. I plowed on. I had enough material and, having served in the unit, I knew enough to accurately reconstruct the unit’s 34-year Cold War history.

Two years and 65 interviews later, I submitted my work and waited. And waited. Fifteen months, I waited. Only after I threatened lawyering up did the process gain some speed. A couple of weeks later, I received approval—with redactions, of course. And so my history of the unit, Special Forces Berlin: Clandestine Operations of the U.S. Army’s Elite -1956-1990, became a book for all to read. My comrades decided they could talk to me again and I wasn’t ostracized from the community; now, everyone thought that the history of the unit needed to be told.

That said, my appetite for writing about the secret life of squirrels or anything else “classified” was more than a little diminished.

In the meantime, I realized that there were more stories I wanted to tell. Stories of things I’d seen or experienced, some which I doubted would ever make it past the review process. With the trauma of the PRB behind me, I decided to write some of them, but in a way that would keep people happy. Fabrication—in other words, fiction—would be my shield.

The time I spent in Berlin with that secret unit was the catalyst for many of my tales. It was an amazing experience in a fascinating environment with a unique military unit (especially for a small-town boy from the Midwest). During the Cold War years, some thought of Berlin as the largest POW camp in the world. However, one small contingent of American soldiers thought that the “City”—as we called Berlin—would be a great place from which to launch strikes into the heart of the Warsaw Pact if another war ever came. Most of the people who knew those soldiers thought they were a bit crazy. Maybe we were. It’s what I lived.

Thankfully, World War III didn’t happen, but other interesting things did. And because of that, Berlin was a great place to grow my stories. Many authors, Le Carré and Deighton among them, wrote about happenings in “the City” and the Wall that made it so unique. Their stories reflect reality.

As Albert Camus put it, “Fiction is the lie through which we tell the truth.” It also gives the United States government the ability to say: “It’s fiction, it never happened.”

What I have tried to achieve is authentic fiction with characters that are fusions of people I encountered in life. If you knew them, you might recognize a trait or three. Some are flat, some are round, but each played a part in the story. The same is true with the action. The incidents happened—maybe not quite as I describe, but it’s left to the reader (and censor) to decide where fact ends and fiction begins. I call it “Faction.”

The result of this work is a series that follows a team of Army Special Forces troopers through the Cold War. It’s called the “Snake Eater Chronicles”—“Snake Eaters” being the politically incorrect way to refer to the men of Special Forces, aka, the “Green Berets.”

My first book is called A Question of Time. It’s a Cold War story about what happens when the CIA’s most important agent is compromised and the agency must turn to an unconventional team of specialists to save him before he is arrested and secrets are revealed. The clock is ticking…

James Stejskal is a military historian and author of five books, including Masters of Mayhem, a study of Lawrence of Arabia and the inception of modern British unconventional warfare, a Military History Matters Silver Medal winner. To get inspiration for his writing, he spent 35 years as a soldier and intelligence officer, often working in far off places with interesting people. A Question of Time, a Cold War spy thriller, is his first novel. 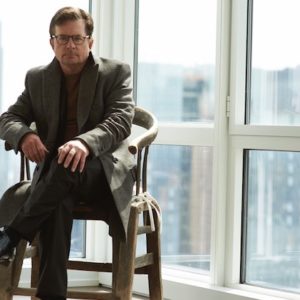 For years, my neurologist had been monitoring a growth in my spinal cord, an ependymoma tumor, which began in the ependymal...
© LitHub
Back to top