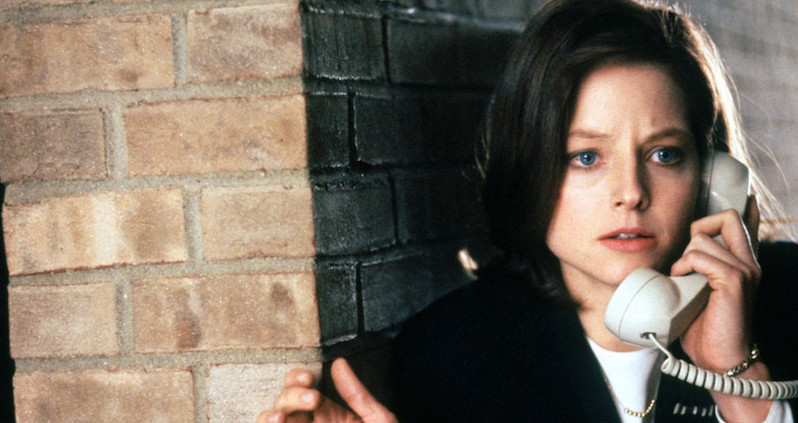 Alyssa Pelish on the Trope of the "Final Girl"

I first watched The Silence of the Lambs on the TV in my parents’ darkened family room. A sometime friend of mine had somehow talked me into renting it at Video Plus, and we’d pushed a bulky square of the sectional right up to the screen, where we hunched, knees tucked up to our chests, hands hovering over our eyes, as the movie played out. I have no idea how we got the video rental past my mother. We were in ninth grade, it was winter. The sliding glass door beside us reflected only a flicker of our faces in its blackness.

I remember watching the opening sequence—a lonely woods, a lone woman scrabbling up a hill, running through the woods, faster and faster. That mournful, eerie music, which somehow variously evokes a lurking menace, the violence of a chase scene, and the glass-breaking dawn of a new day. I assumed the young woman was being chased, that someone was coming after her, and that pretty soon we’d have to watch her die.

I remember framing my eyes with my hands, so that I could shutter them as soon as I needed to. But the young woman isn’t killed, it turns out. She’s the one who survives. She’s the one who figures out how to catch the psycho who’s killing heavy, bosomy, seemingly dim-witted girls. Say, are you about a size fourteen? says the killer to his next victim, just before he knocks her unconscious.

“I’m so glad I’m not fat,” is what I remember saying aloud. I could feel my ribs through my sweater, and that was reassuring. That’s mostly what I recall: me, at age 14, having barely survived my first season of cross country, my body worn down to the point where it looked more like a 12-year-old boy’s. The darkness and the cold. How I held my knees to my chest, nearly curled my body into itself as I watched, as if that might keep me safe.

Oddly, I remember almost nothing at all about the second time I saw the movie, this high-toned slasher about an FBI agent in training who becomes psychologically entangled with one serial killer in order to catch another one. It might’ve been the summer after my sophomore year of college, or maybe that fall.

The precise where and when of it are strange blanks on the surface of my memory—as if such coordinates were irrelevant. Because what I do remember about that second time is its effect on me. Just how immediately that solitary figure on the screen—eyes straight ahead, jaw set like it was some kind of test, voice always carefully low—spoke to me.

The Final Girl is the lone female character in a slasher movie who manages to survive the systematic slaughter of the more ditzy and voluptuous young things.

Starling (as she’s called at Quantico) was everything I had always been trying to be. Look how doggedly she trains, how disciplined she is. Look how steely her nerves are, how utterly un-girly she is—never giggling, never flaunting her body, never talking about her hair or her makeup or her weight. And look how she proves herself, again and again, in a world of men, where women are otherwise expendable, mutilated bodies. I didn’t know it at the time, but Starling is a Final Girl.

The Final Girl is the lone female character in a slasher movie who manages to survive the systematic slaughter of the more ditzy and voluptuous young things. And the thing about the Final Girl—the reason she alone survives—is that she’s not like the other girls. “The Final Girl is boyish, in a word,” is how Carol Clover puts it in “Her Body, Himself,” her 1987 touchstone of a film studies article that I wouldn’t come across until I was in my early twenties. The Final Girl is “not fully feminine.”

It’s a designation that’s no doubt problematic but comes to seem true by the lights of the old-school slasher movie’s standard of femininity—whereby all the other girls are some combination of voluptuous, ditzy, or shrewish. They giggle, they gossip about guys, they have their petty squabbles, and they’re just not smart enough to outwit the psycho-killer. But the Final Girl is different. As Clover notes, with the peculiar specificity of an Aristotelian taxonomy, the Final Girl’s “smartness, gravity, competence in mechanical and other practical matters, and sexual reluctance set her apart from the other girls.”

What sets her apart also happens to have the effect of marking the other girls, in their demeaned, caricatured femininity, as inevitable, even deserving, victims. What’s the scene that opens Hell Night (just for instance) but a bunch of shrieking college sorority pledges in wet T-shirts? The Final Girl, significantly, is not among them. The Final Girl of Friday the 13th Part II never socializes with the other women on staff at the summer camp; she plays chess and hangs out with the guys. And then—if we stretch the genre to high-gloss Hollywood—there’s Clarice Starling.

Despite, or maybe because of, the deluge of slasher movies in the 1970s and ’80s, it’s Starling, in a 1991 prestige film, who seems to embody the Final Girl most fully. It’s as if all those classic Final Girl traits have crystallized in her. In fact, in my early twenties, trawling the internet for answers to questions I still didn’t know how to form, when I first came upon Clover’s anatomy of the Final Girl, I kept understanding it as a profile of Starling.

In those slashers of the 1970s and 80s—the heyday of the genre—you can see, sure, the broad strokes that informed Clover’s definition: Straight-laced Laurie Strode, of Halloween, is more concerned with the fact that she forgot her chemistry textbook than with her nominal friends’ chitchat about their boyfriends. Nancy, of A Nightmare on Elm Street, is more focused on building a deathtrap for Freddy Krueger than on appeasing her boyfriend’s sex drive. Stretch, of The Texas Chain Saw Massacre 2, is more wrapped up in sleuthing than in any kind of relationship.

But the more of these slasher movies you watch, the more you realize that these Final Girls are “not fully feminine” only in comparison to the heavily stereotyped femininity of the other girls in the movie. I mean, Stretch, for all the Final Girl points she wracks up on the Clover scale, is in fact wearing Daisy-Duke–level cutoffs for the entirety of her Chain Saw ordeal. And Ginny, Friday the 13th II’s Final Girl, not only sweeps into camp wearing a long pink peasant skirt but also has a fairly intense make-out session with her boyfriend.

Marti, the sole survivor of Hell Night, knows how to fix a car, but/and she spends the entirety of her time on screen in a Halloween costume that consists most notably of a Renn-faire-like bustier and plunging neckline. What I mean is, the fact that these women, or “girls,” survive doesn’t hinge on a total eclipse of their more conventionally feminine characteristics. Starling, though, is allowed no such latitude.

Starling has to, continually, deflect lewd comments and come-ons that have only to do with her having a woman’s body.

What impressed me about Starling, when I would return to the movie every few years, like a cautious votary approaching a sacred text, was how she’s the sole woman in just about every scene. In an elevator crowded with men in identical polo-and-khaki uniforms; in the offices at Quantico, their cinder block walls a patchwork of crime scene photos; in the asylum for the criminally insane, with its gallery of leering inmates. Starling, no question, is trying to prove her worth in a man’s world.

In this way, her aims are more deliberate than those of the typical Final Girl, who never actually sets out to prove herself in the traditionally masculine field of monster-slaying but simply finds herself having to fight off the psycho-killer and rises to the occasion. Starling, though, from the beginning, has her sights set on a job that—as far as we can tell from the Quantico personnel—is held only by men. She’s training in a field that’s mostly men, learning how to shoot and fight, and contain her fears.

Her jaw is always set—a form I could feel my own face hardening into, in sympathy, in emulation, when I watched. Because if being female means anything in the world of law enforcement she’s trying to navigate her way through, it’s a liability. And this was a liability I recognized. Those small-town cops ogle her when she’s left alone with them. Her status as the fairer sex is used as an excuse to move classified discussion of a crime scene into a private room, and away from her. She has to, continually, deflect lewd comments and come-ons that have only to do with her having a woman’s body.

“A pretty young woman to turn him on,” Dr. Chilton leers as he leads Starling down to Hannibal “the Cannibal” Lecter’s cell. I can smell your cunt, is what one of the asylum inmates hisses at her. Even Lecter, such a model of decorum, questions her about her boss wanting her, sexually. And aside from Starling herself, the most ubiquitous female characters in the movie are the naked, mutilated bodies of the murder victims.

They’re there in all those crime scene photos, in the coroner’s office, in the continual, matter-of-fact exchanges between Starling and her all-male superiors. (Okay. Three days. Then he shoots them, skins them, and dumps them.) I can feel my 14-year-old body shrinking into itself as I watched, knees pulled tight to my chest, chin tucked—as if such dangers could be, if not deflected, then avoided, by making myself as small as possible. 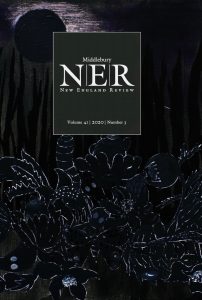 Alyssa Pelish lives in New York. A trove of her work can be found at alyssapelish.wordpress.com. 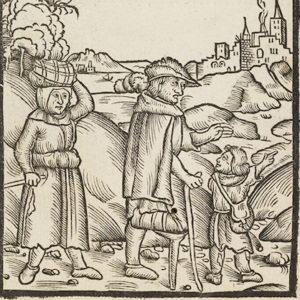