Documenting Survival as a Photojournalist in Gaza

Jehad al-Saftawi on the Danger of His Profession

Via McSweeney's
By Jehad al-Saftawi

For years, I clung to the idea of fleeing my country for the Western world. In 2016, I managed to leave the Gaza Strip for New York, and, soon after, I began the process of seeking asylum in Berkeley, California. People wanted to know how they could help my wife and me, aside from offering financial assistance. Then I received the opportunity to publish my photographs. It’s an opportunity so many of the refugees arriving in the US every day aren’t afforded: the chance to share one’s experience.

My experience is one of a Palestinian, the son of a jihadist who killed and contributed to the killing of innocent Israelis. I condemn these actions. However, many in Gaza consider my father a Palestinian hero—one who carried out valiant operations for the sake of his country and religion. I come from a place overflowing with weapons, where my father could easily buy a pistol and shoot it into the air while cruising the streets of our city. A place where on any night you could be awoken by a bomb exploding in your neighbor’s home, stored there by a member of their family who belonged to an armed faction. Today, after years of desperate and unyielding attempts to leave, I am in California, far from my family and society. My name is Jehad al-Saftawi. I am a photographer and journalist who came to the US at age 25. I am the second son of five children.

My story is in part the story of my father, Imad al-Saftawi, who raised me with violence and fear, and who, after his 18-year imprisonment in Israel, was set free in December of 2018. While he was imprisoned, he frequently called our house and forced religious and societal instructions upon me and my siblings, threatening us in the event of noncompliance. My siblings and I lived with my father’s family at the time, constantly feeling the weight of his reputation as a hero, and his community’s disapproval that we weren’t following his lead.

My father grew up in an ultraconservative middle-class family that was largely influenced by the Muslim Brotherhood. His father, Asaad al-Saftawi, was a former Muslim Brother, an Islamic senior official within the Palestine Liberation Organization, and a cofounder of Fatah as well as its leading activist in Gaza. Asaad had three daughters and six sons, four of whom spent time in Israeli prisons, as Asaad himself did. He survived several assassination attempts, until he was eventually killed after formulating a Palestinian peace plan with Israeli prime minister Yitzhak Rabin. In his book Gaza: A History, Jean-Pierre Filiu writes of my grandfather: “Forty years before, he had been inducted as a militant alongside Abu Iyad [Salah Khalaf, the second most senior Fatah official] and had lived through every kind of trial and danger, until at last, peace or its prospects, had cut him down.”

Working as a journalist in Gaza is like walking barefoot in a field of thorns. You must always watch where you step.

My father spent many years participating in armed struggles, both within and outside the framework of Palestinian armed organizations, which he believed to be justifiable resistance to the Israeli occupation. In mid-December 1986, with Gaza still under the direct rule of the Israel Defense Forces, my father was arrested for the second time, while at his home in the Sabra neighborhood in Gaza City. He was twenty-three, a student at the Sharia college at the Islamic University of Gaza. He was charged with joining the Islamic Jihad movement and training with weapons, possessing a firearm and a grenade, and being a member of a group that killed Israeli citizens. My father was detained and questioned for five months. An Israeli military court accused him of the murder of three Israeli citizens. He pleaded guilty to some of the charges but denied participation in the killings.

A few days before his court session, my father and five other prisoners escaped from the notorious central Gaza prison, the headquarters of the Israeli military governor in the Gaza Strip. In the weeks following their escape, the Israeli army killed three of the escaped prisoners and arrested a fourth. My father and the last escapee, Khaled Saleh, managed to make it to the Sinai Desert, in Egypt. My father returned to his activities with the Islamic Jihad movement, traveling between several Arab countries before finding himself in Syria in 1989, where he married my mother, Sadeya al-Hourrani, a Palestinian refugee. As happens with most Arab marriages, my father proposed to my mother without ever having met her. He had arrived just a month earlier, from Algeria. My mother’s father had promised himself that, in order to preserve their right of return, he would marry his daughters only to Palestinians. And so, as the decision was my grandfather’s rather than my mother’s, my grandfather gave consent for the marriage directly to my father.

My own story began in 1995, when I was four years old, and my parents returned to the Gaza Strip to settle near my father’s family. Two years prior, the Israeli army had partially withdrawn from the Gaza Strip’s neighborhoods, forfeiting its control of the crossings between Gaza and Israel in compliance with the Oslo Accords. My father was returning from abroad as a hero in the eyes of his family and community. We moved into a flat on the fifth floor of a building owned by the al-Saftawi side of our family. My father worked for the Ministry of Awqaf and Religious Affairs, which, in practical terms, meant he worked in the management of mosques. On top of his professional duties, he acted as the khateeb (orator) on Fridays in various mosques around the Gaza Strip, where he would lecture about religion. My mother was a housewife, seeing to our education and raising us according to our father’s methods and rules.

My parents cared for their children and wished us the best, but we were constantly berated. My siblings and I were made to feel guilty about our soft hands. We were threatened and punished if we didn’t go to the mosque for the five daily prayers. We were forced to wake at 5 am to go with my father to pray the Fajr (dawn prayer). We were beaten for doing normal things children do. We were beaten if they heard from one of the sheikhs at the mosque that we hadn’t attended prayers or studies. Our flat was the lens through which I observed life. Hadith (the Prophet’s quotes) lined the walls. Islamic books filled the shelves, along with animal statues my father had broken the heads off of in accordance with the Islamic rule prohibiting the portrayal and embodiment of spirits. Our lives went on like this until I reached age nine, in 2000, and my father was arrested by the Israeli army again, at the Rafah border crossing between the Gaza Strip and Egypt. He remained in prison for the next eighteen years. Since his recent release, he has served as a brigadier general in Hamas’s ministry of interior.

I’m now seven thousand miles away from him, from Gaza, and I walk as a free man. 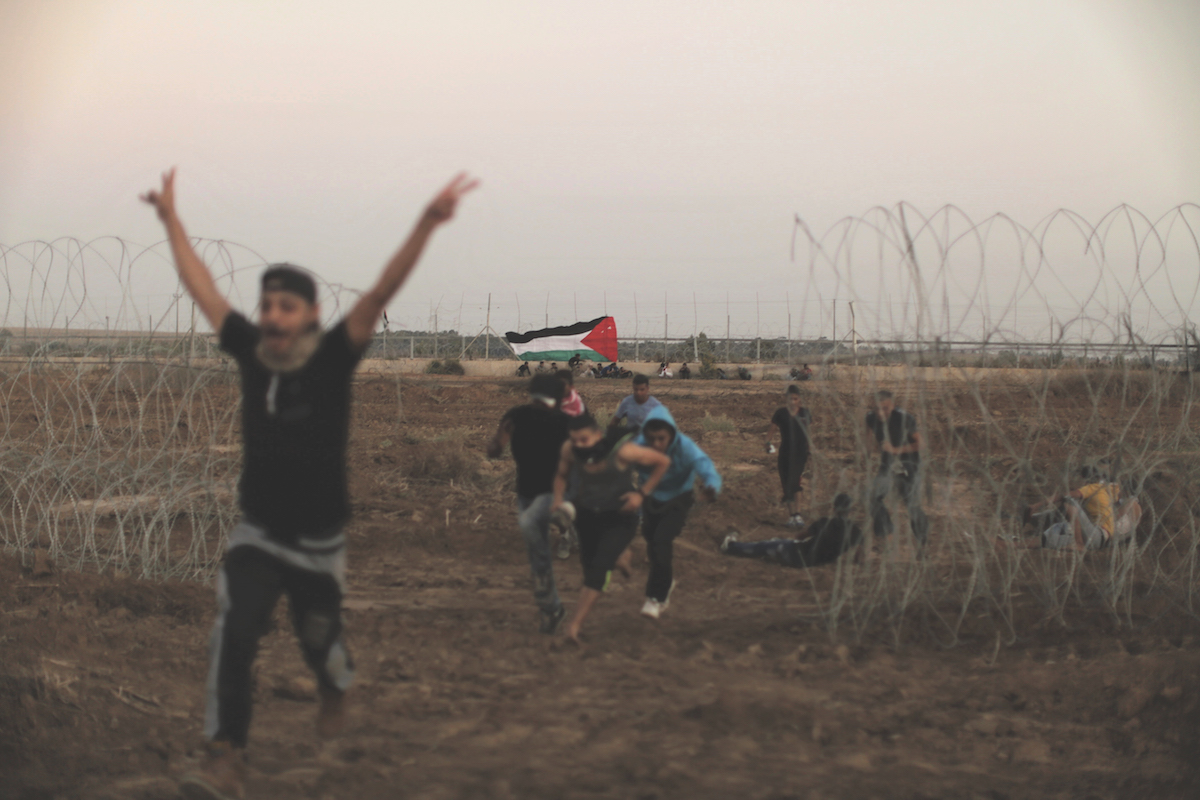 Working as a journalist in Gaza is like walking barefoot in a field of thorns. You must always watch where you step. Each neighborhood comprises its own intimate social network, and traveling through them with a camera makes you a significant cause for suspicion. You’re caught between the two sides of the conflict: The rulers of Gaza limit what you can photograph and write about, imprisoning and torturing those who disobey. At the same time, the Israeli army sees you as a potential threat that must be eliminated, as has been the fate of many Palestinian journalists.

Standing behind the camera, your hands shake as you document the suffering.

These photographs are visual memories that explore the lives behind the headlines. This work is dedicated to all those trapped in the hardships of this life, surviving in the hopes of a better tomorrow. 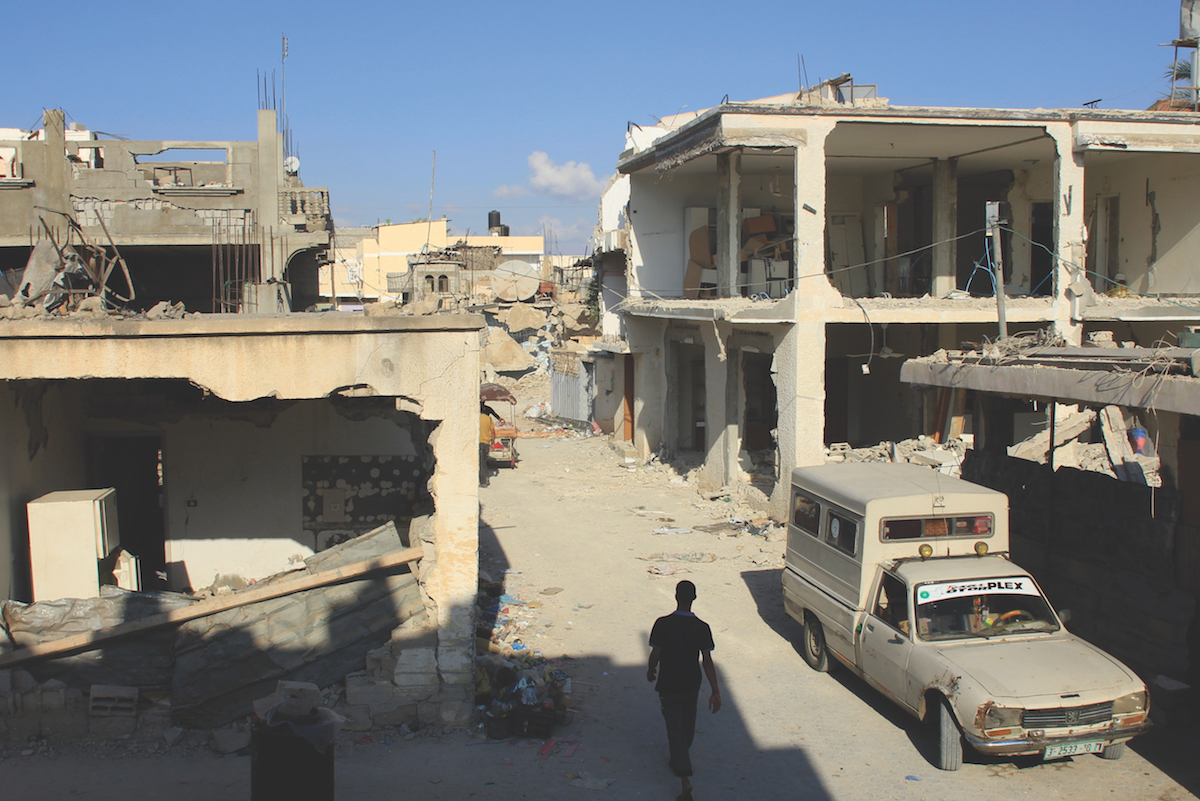 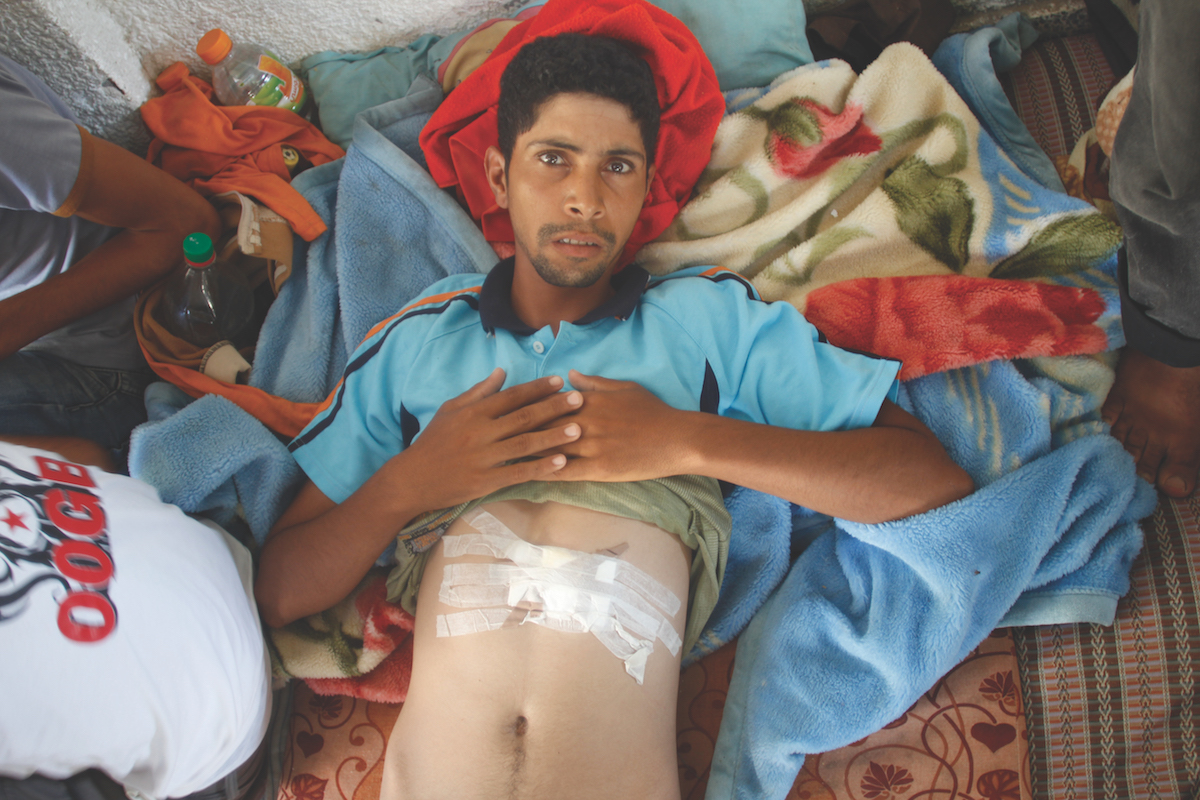 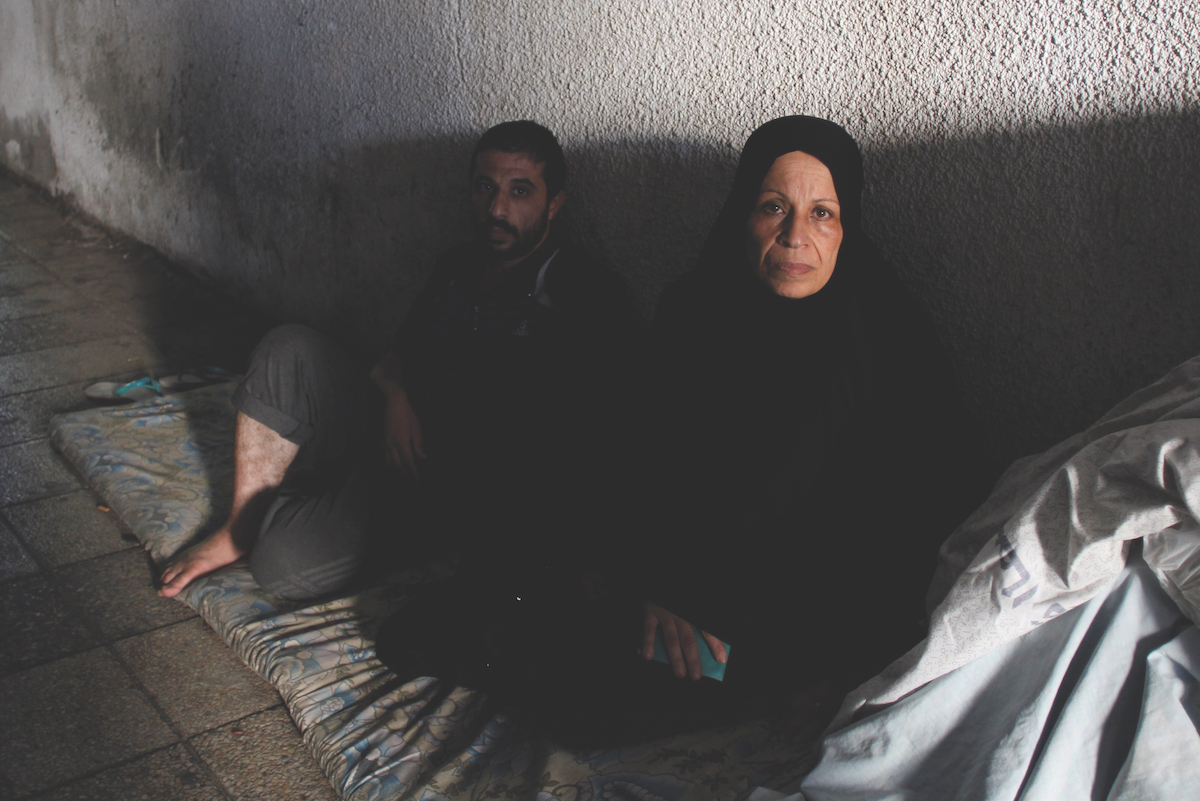 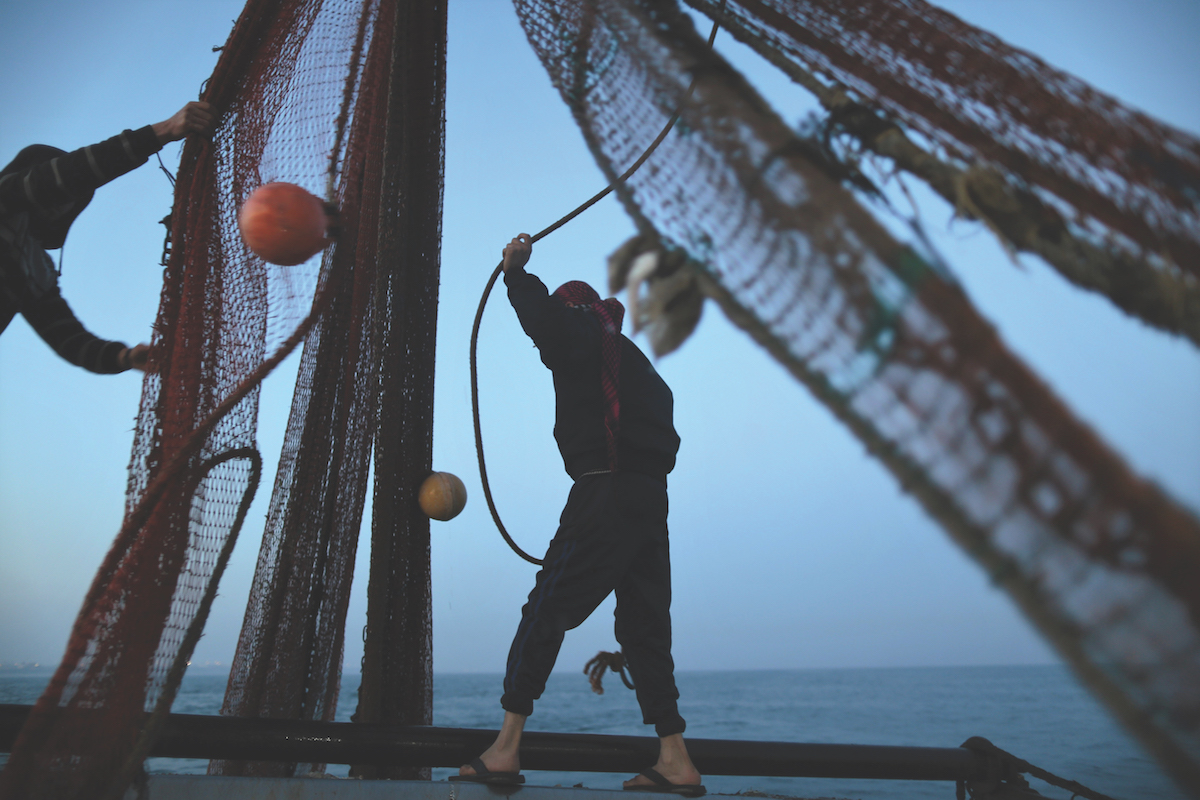 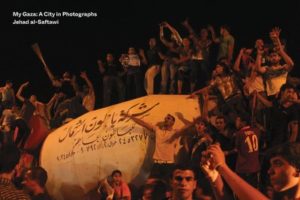 From My Gaza: A City in Photographs by Jehad al-Saftawi. Used with the permission of McSweeney’s.

Jehad al-Saftawi is a documentary journalist, photographer, and videographer dedicated to social justice and human rights storytelling. His work has been featured on Reuters, BuzzFeed, AJ+, Mic, Aljazeera America, the Huffington Post, and elsewhere. He arrived in the U.S. from Gaza in 2016 and is currently seeking asylum. He is internationally recognized for setting up one of the few live streams documenting the 2014 Israeli offensive on Gaza.

A Handbook for Our Times: The Elements of Stress 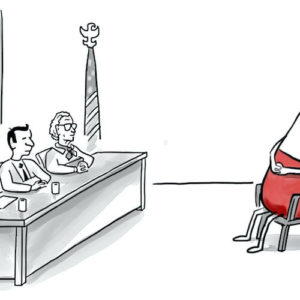 A Handbook for Our Times: The Elements of Stress The Elements of Style has been a beacon of wisdom for writers for the past hundred years, originally written and self-published...
© LitHub
Back to top
Loading Comments...