TODAY: In 1916, American playwright and screenwriter, Horton Foote, best known for his screenplay for the 1962 film “To Kill a Mockingbird,” is born.

Michelle de Kretser Shirley Hazzard, one of Australia’s great writers • Ann Napolitano wants writers to honor their weird obsessions • Na Zhong on how coronavirus has ground Chinese publishing to a halt—and made existing problems worse • Finding Octavia Butler’s Pasadena • When it comes to historical documents, spotting forgeries is a fraught and risky business • Rebecca Solnit on Harvey Weinstein, storykiller • Liesl Schillinger on what we can still learn (and should probably unlearn) from Albert Camus’s The Plague • Honor Moore on the secrets mothers and daughters keep from one another • Amanda Leduc on the “inaccessible forests” of the literary world • The story of the massive Chicago operation to save 800,000 people from hunger • Eva Meijer on translating animal languages • On the Portuguese city that glorifies an author who hated it • Luis Jaramillo on the weird and wonderful jargon of the high seas • Let us now praise the onion, one of the Holy Trinity of vegetables • Remember when Trump threatened to target Iranian cultural sites? This is what they actually look like • Andreas Liebe Delsett’s dispatches from the insular, independent world of Nordic restaurant kitchens • Jacob Dorman on the creation of an audience for racist stereotypes • Shakespeare and the culture wars: On the movement for color-blind casting • Tove Jansson on five decades of life with Tuulikki Pietilä • Dionne Searcey learns the story of a survivor of Boko Haram captivity • Lessons from the Qur’an as the bombs fell on Tehran • Camilla Cavendish on retirement and the Japanese approach to senior work • Sophisticates, snobs, and scathing reviews in wartime London • Fill the Thomas Cromwell-shaped hole in your heart with these ten great works of historical fiction

My Dark Vanessa author Kate Elizabeth Russell on Judy Blume, Anne Carson, and Portnoy’s Complaint • Barn 8 author Deb Olin Unferth shares five books popular in the Connally Unit maximum security prison, from The Sellout to Their Eyes Were Watching God • The Art of the Hand-Sell: 14 indie booksellers rave about their favorite reads • My Dark Vanessa, a memoir from Rebecca Solnit, and Deb Olin Unferth’s chicken heist novel all feature among the Best Reviewed Books of the Week.

Curtis Evans on the poison-pen letter writing phenomenon of the early 20th century • Are all the good plots taken? Tessa Wegert has some pointers for honoring our forebears without copying them  • Jo Jakeman explores the uncanny appeal of the seaside mystery • Crime and the City heads to Saigon, where a rich literary scene awaits  • Rounding up the best historical crime and mystery fiction of 2020 (so far) • Katie Orphan goes searching for James M. Cain’s Los Angeles • Prosecutor Victor Methos loves watching C.S.I. Miami. He also sees the damage it’s doing to our justice system. • Rounding up the month’s best nonfiction and true crime books • Briarpatch may just be the coolest show on TV • Chris McGinley makes the case for Charles Brockden Brown’s 1798 novel Edgar Huntly as America’s first rural noir

Hold on to your Nebulas: Ken Liu's short stories are coming to TV. 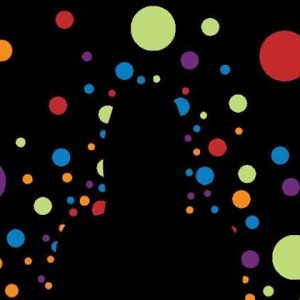 Hold on to your Nebulas: Ken Liu's short stories are coming to TV.

Ken Liu, the Hugo and Nebula Award-winning author of more acclaimed SFF short stories than you can shake a futuristic stick...
© LitHub
Back to top