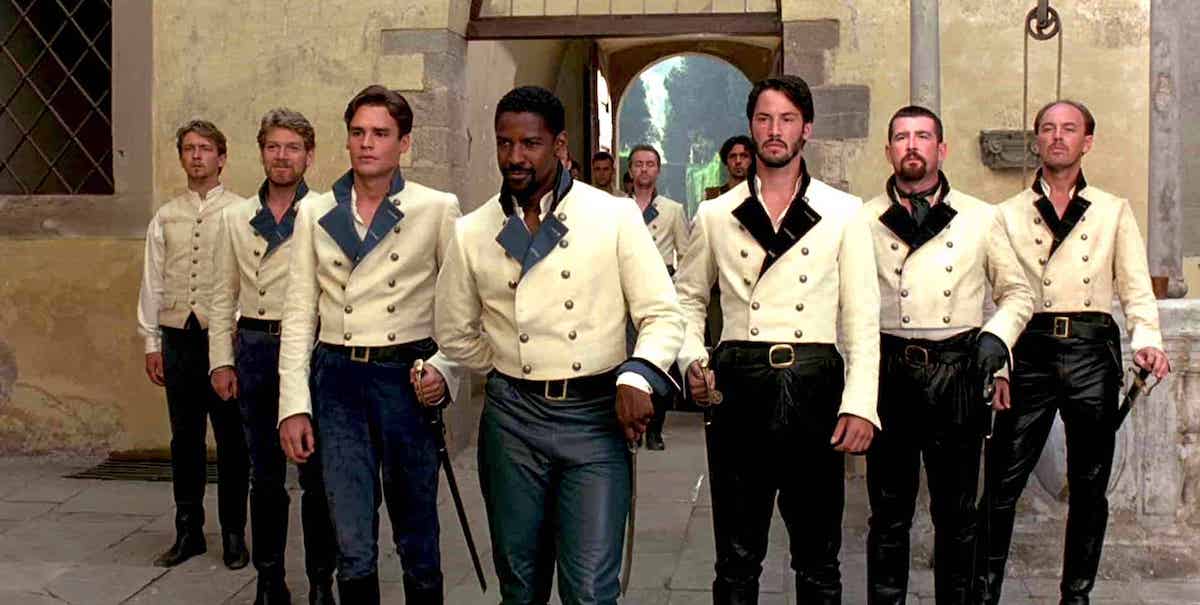 Shakespeare and the Culture Wars: On the Movement for Color-Blind Casting

"Actors speaking Shakespeare’s words have begun to resemble the nation."

The late 1980s and early 1990s were a time of the Culture Wars in America, waged in op‑eds, magazine articles, and in books like James Davison Hunter’s Culture Wars: The Struggle to Define America, Roger Kimball’s Tenured Radicals, Ivo Kamps’s Shakespeare Left  and  Right, and Allan Bloom’s best‑selling The Closing of the American Mind. Shakespeare was dragged into the quarrel as rival camps fought over his place in the college curriculum.

Those at one extreme argued that as a dead white male and agent of imperialism, Shakespeare should no longer be taught; those at the other celebrated him as a pillar of a superior Western civilization and complained that traditional approaches to teaching his plays had been supplanted by a focus on race and gender. But this front in the Culture Wars turned out to be the site of a largely pointless skirmish; the number of students majoring in English had never been that high to begin with (in the single digits since at least the 1970s and currently below 2.5 percent). The real battles were being fought elsewhere.

While the media was preoccupied with what was happening in college classrooms, it largely ignored a far more consequential cultural development: the rise of color‑blind casting in American productions of Shakespeare’s plays. Shakespeare played a decisive role in dismantling this long‑standing barrier, spurring the broader adoption of color‑blind casting in mainstream theater, television, and film. Beginning in earnest in the 1960s (and with increasing frequency by the 1970s and 1980s), African American, Latino, and Asian actors in growing numbers were cast in major parts—no longer as just Othello or Caliban. Thanks especially to the New York Shakespeare Festival (where under Joe Papp’s leadership more than half of the productions were colorblind cast), playgoers were able to see such emerging stars as James Earl Jones, Gloria Foster, Rosalind Cash, Denzel Washington, Ruby Dee, and Raul Julia in leading Shakespearean roles.

While most of those productions were still overseen by white and male directors, that began to change too—though at an even more glacial pace. By the 21st century the pace of change accelerated. Nowadays, transgender and disabled actors are being cast as well, and women in increasing numbers invited to play roles long the preserve of men. I cannot recall when I last saw an all‑white Shakespeare performance in this country (which was the norm when I was growing up). In the past few years I have found myself working on American productions that have starred a black Hamlet, a transgender Maria in Twelfth Night, and a black woman as Prospero, and richly diverse productions of a dozen or so other comedies and tragedies, many directed, designed, and choreographed by nonwhite artists.

Diversity, once considered worthy of support by both political parties, would become sharply partisan under Donald Trump.

The result has been that for the first time in more than two centuries of American history, actors speaking Shakespeare’s words have begun to resemble the nation. This wouldn’t make much difference if only the coastal elites went to see Shakespeare’s plays performed. But it turns out that lots of Americans across the land enjoy seeing them, so much so that in addition to theaters in most cities that regularly stage his plays, there are nearly 150 summer Shakespeare festivals (dwarfing the number held in Britain or anywhere else in the world), spanning all 50 states, quietly acclimating many Americans to greater diversity. Two decades ago, when diversity was still valued by compassionate conservatives, President George Bush appointed Dana Gioia, in 2002, to run the National Endowment for the Arts, and one of Gioia’s first large‑scale initiatives was “Shakespeare in American Communities.” The program, still in existence, has sent dozens of theater companies touring Shakespeare’s most popular plays through the heartland where there are few or no permanent theaters—to schools as well as military bases—foregrounding diversity as one of its primary goals, and reaching several million Americans.

That was then. Diversity, once considered worthy of support by both political parties, would become sharply partisan under Donald Trump, who was swept into office by a base that could barely conceal its hostility to racial and religious others. The face of the nation that Trump’s most avid supporters wanted to see reflected back at them from the stage was white, not brown or black. In such a political climate, diverse casting now looked like part of a provocative leftist agenda. It didn’t help that the Democratic side of the House of Representatives increasingly resembled the racial and gender mix of these modern‑day Shakespeare companies, while the nearly all‑white Republican side of the aisle looked like the Shakespeare cast of yore. The Right under Donald Trump—who may be the first American president to express no interest in Shakespeare—now found itself struggling to find anything in the teaching or performance of Shakespeare’s plays that aligned with its political and social agenda, and didn’t much seem to care. 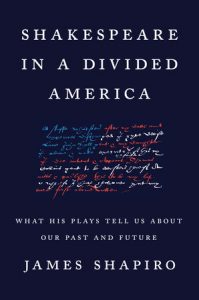 Excerpted from Shakespeare in a Divided America: What His Plays Tell Us About Our Past and Future by James Shapiro. Published by arrangement with Penguin Press, a member of Penguin Random House LLC. Copyright © by 2020 James Shapiro.

James Shapiro is the author of Shakespeare in a Divided America and Larry Miller Professor of English and Comparative Literature at Columbia University, where he has taught since 1985. In 2011, he was inducted into the American Academy of Arts and Sciences. He has written several award-winning books on Shakespeare, and his book The Year of Lear: Shakespeare in 1606 was awarded the James Tait Black Prize as well as the Sheridan Morley Prize. His essays and reviews have appeared in The New York Times, the Guardian, and the London Review of Books, among other places. He has been awarded fellowships from the National Endowment for the Humanities, the Guggenheim Foundation, and The New York Public Library Cullman Center for Scholars and Writers. He serves on the Board of Directors of the Royal Shakespeare Company, and he is currently the Shakespeare Scholar in Residence at the Public Theater in New York City.

Rebecca Solnit on the Intersection of Activism and Writing 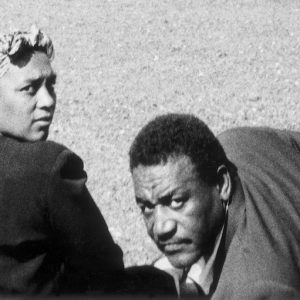 This has been adapted from Jim Lewis' essay, "San Francisco, 1956" as featured in the December 2019 issue of The Yale Review...
© LitHub
Back to top
Loading Comments...