Ann Napolitano: Honor Your Obsessions—Especially the Weird Ones

Even if It Makes You Uncomfortable

The genesis of my novel, Dear Edward, was my obsession with a real plane crash. In 2010, there was a flight from South Africa to London that crashed in Libya and there was only one survivor, a nine-year-old Dutch boy. He was found still buckled into his seat, about a half-mile away from the rest of the wreckage. He had a punctured lung and a broken leg, but was otherwise fine. Everyone else on the flight—including his parents and brother—had died immediately. This was a huge international news story, though very few people remember it now. (Too much has happened since then, perhaps, and our brains have room for only so many sad stories?)

One aspect of the coverage that fascinated me was that, for the first time, a story of this scope wasn’t being told only by journalists. In 2010 social media had taken a drastic leap in popularity, and was close to what we recognize it as today, which meant that everyone you knew was on Facebook, including your mother. Young girls, around the same age as the Dutch boy, created Facebook pages devoted to him, and posted about how sad they were for the little boy, and how cute he was. Airplane aficionados were speculating online about why the flight might have crashed. I was able to sit in at my kitchen table in Brooklyn, and read the questions and emotions of not just the gatekeepers to the news event, but of everyone. Perhaps this contributed to my feeling like this story was mine to engage with, too? I’m not sure. I do know that as I sat at my table and read everything I could about this disaster, nearly every post, article and feature contained the same photograph.

When I think of the news story now, ten years later, it’s that image that comes to mind first. It was a photo of the Dutch boy in his hospital bed, looking so beautiful, and so broken, and so small. I had two little boys at the time—they were one and three—and I wondered how this child could possibly climb out of that hospital bed, and leave that hospital, without his mom and dad and brother? The photograph haunted me, and that question did, too.

When I teach fiction writing, I tell my students to pay attention to their obsessions. To read the books and stories that call out to them, and only them. I tell them to imagine that we each have a specifically calibrated magnet board inside us, and that we have to pay attention to what thwacks against our board. Which headline calls out for your attention? Which piece of art mesmerizes you, and only you? Which snippet of gossip do you need to know everything about? Your magnet board is calibrated differently than your partner’s, or best friend’s, or twin sister’s. And it’s imperative that we listen with intention to what thwacks against our boards, because our world is so noisy.

We are inundated with information every hour of every day, and so it’s entirely possible to go through your life without realizing which subjects, pieces of art, or stories call out to you. If you’re a writer or artist, missing this information will deprive your work. If you’re not a writer or artist, missing this information will make your life less interesting. Part of why we’re here must be to figure out which parts of this world makes the DNA, molecules and peculiar history inside us light up, right?

One woman’s discomfort with her obsession suggested it was part of her work; it meant she had something to say.

We don’t have to understand why a certain story sticks to our board—in fact we probably won’t—but we need to make sure we’re listening and paying attention when it does. Over the course of a lifetime of paying attention, a pattern might become discernible. I am only becoming aware now, three books into my career, that the theme I keep returning to is how to live a meaningful life. The stories that thwack against my magnet board almost always circle that subject. The writer and artist Amy Krouse Rosenthal had a lovely piece of written art that said: Pay Attention to what you pay attention to.

Another thing I tell students about paying attention to their obsessions—as a clue for when the obsessions definitely has to do with their work, with their fictional themes and subjects—is that the obsession makes them uncomfortable. It’s about a subject they would never voluntarily choose to obsess over.

A few years ago when I was speaking to a class about this idea, an older woman raised her hand and said that for her entire adult life she had scoured the newspaper first thing every morning looking for stories about dead babies. She’d never told anyone about this, including her husband, because she felt like it signified something deeply broken inside her. My explanation was a relief to her, because it gave her hope that the darkness in those stories was simply something she needed to write toward. Her discomfort with that obsession suggested it was part of her work; it meant she had something to say.

I felt uncomfortable about my obsession with the plane crash in 2010, with how I trolled the internet looking for any new information about this young boy who had lost everything on the other side of the world. I wanted to stop, but I couldn’t. The photo of that little boy in the hospital bed was stuck to my magnet board, and I had to write my way into that obsession. I needed to create a set a fictional circumstances in which this little boy could get out of his hospital bed without his mom and dad and brother, and create a new life. Where he could go to school, make a friend, and eventually even smile. My fictional boy’s name is Edward, and he is 12 years old when his family boards a flight in Newark, New Jersey bound for Los Angeles.

It took eight years to write Dear Edward, and even though I was writing about the aftermath of a tragically sad event, it turned out to be the most joyful writing experience of my life. For a long time, this dichotomy made no sense to me. I wondered if it was simply because I was aging, and loosening up and therefore allowing myself to enjoy my work more than I used to. I think those factors are relevant, but the real reason for the joy—I’ve come to believe—is that my work, for those eight years, was to build a world that had enough strength and kindness in it to absorb and bear Edward’s grief, and help him find his way. Edward’s post-crash life is filled with people who reach out to help him—the badass girl named Shay who lives next door, the school principal who insists Edward come to his office once a week to water his ferns, his aunt who sits with him and watches General Hospital after school every day, and his uncle who does everything he can think of to make Edward feel better. I spent eight years imagining a world that had enough love in it, and that ended up being a huge gift to me.

All of us, at some point in our lives, experience a loss or event—hopefully not as terrible as what Edward went through—that feels impossible to move past. Your mother dies, or you lose a job that had become your identity, or your biochemistry changes one day and sadness takes root in your bones. As a writer, I was able to bear Edward’s grief, and be moved and deepened by the kindness around him. I hope the same for each of us, in our own lives. I hope we listen to what hits our magnet boards, and pay attention to what lights us up. I hope we will do more of what lights us up. I hope we will be open to kindness and connection, and I hope we are not ruined by our terrible moments, but eventually changed and deepened by them. 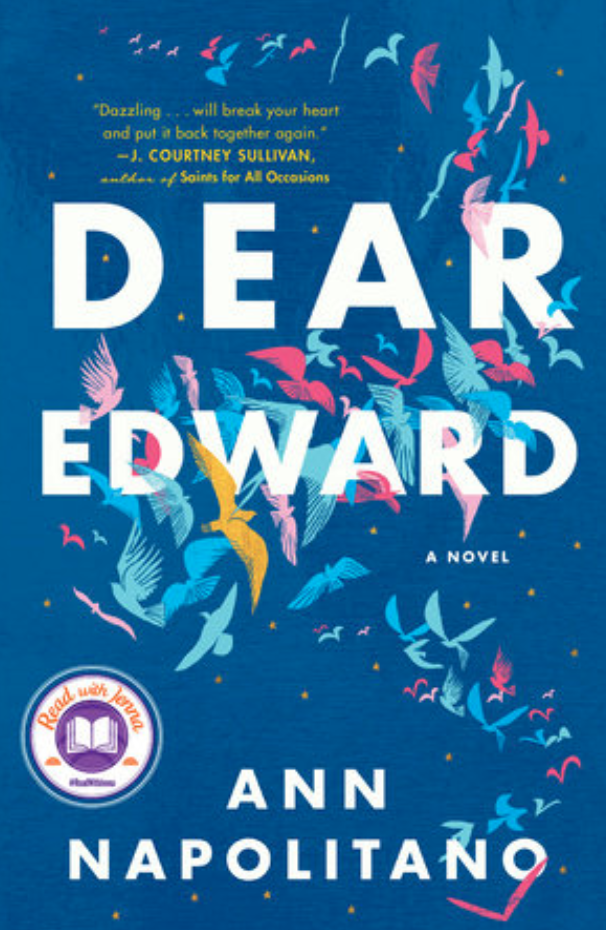 Ann Napolitano is the author of the novels Dear Edward, A Good Hard Look, and Within Arm’s Reach. She is a graduate of Connecticut College and received her MFA from New York University. She lives in New York City with her family. 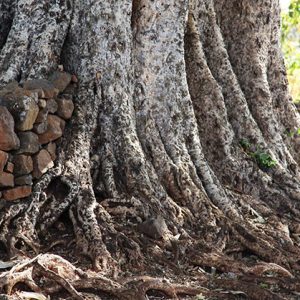