Books can be prophetic, even when their creators didn’t aim for them to be. In Ling Ma’s debut novel, Severance, a virus is wreaking havoc worldwide. The narrator, a specialty Bibles production coordinator in New York, is informed by her point-of-contact that her company’s contractor in Shenzhen is shutting down its printing factory, with 71 percent of its workers infected. In the book, the virus is known as the Shen Fever; in reality, we now know what it’s called.

I’ve been wanting to revisit the novel since the coronavirus outbreak began but when I reread a few pages, I found its accuracy a bit unbearable. For a while I quit reading anything but the news, all of it heartbreaking in different ways, and then in the midst of confused anger (or angry confusion), I picked up books again, though different ones from those I’d enjoyed in the past.

In the time of crisis, compelled by our pressing need for an answer, we turn to books for self-diagnosis, even as the outbreak and the ensuing quarantine are taking a toll on China’s publishing industry. Luke, the founder of a boutique publishing studio in Beijing, told me about the challenges the printing factories were facing during the epidemic. With workers sharing military-style bunk beds in factory dormitories and working in close quarters, the factories are taking extra measures to contain the virus. Not only are migrant workers coming back from their lunar New Year holiday required to self-quarantine for 14 days, but the factories have to stock enough face masks to meet the government requirement to reopen.

Paper, too, has become a problem. As paper can’t be stored for longer than three months, it often needs to be delivered a month ahead of printing. Right now, every time a delivery truck enters a new province, the driver must renew his travel permit and have his temperature taken; all of these procedures slow down the process drastically. As a result of those delays, Luke told me, several of his books previously scheduled to publish in March won’t hit the shelves til June; one of them has been postponed indefinitely.

“Small companies like us are particularly vulnerable to the crisis. Each year we carefully select four to five books to publish. We simply can’t afford to lose money,” he said. Founded in 2018, the studio has introduced a series of books on art and poetry criticism, including Eliot Weinberger’s classic, Nineteen Ways of Looking at Wang Wei. In China, only registered publishing houses are eligible to apply for Cataloging in Publication (CIP) numbers, issued and regulated by the Archives Library of Chinese Publications (ALCP), a branch under the Information Center of the Press and Publication Administration (PRA). Small book companies like Luke’s studio do everything but “publishing” the book, from purchasing rights, commissioning translators and cover designers, to placing orders with the printing factories. When publications are postponed, the financial pressure falls mostly on them.

“How do you cope with it all?” I asked Luke.

A few days before, February 24, a letter from One Way Street, a bookstore chain, had gone viral on WeChat.

“Before we can see an end to this outbreak, our bookstores can’t hold on any longer,” the letter begins. “We were planning to celebrate One Way Street’s 15th year anniversary in 2020, but the year began in a way that none of us had expected.”

Fifteen years earlier, when the nonfiction writer Xu Zhiyuan opened the first One Way Street location with his friends, it was considered to be “going against the current,” as bookstores were dying back then. But Xu wanted it to be Beijing’s The Strand or Shakespeare & Company, a public space for cultural dialogue, and he has succeeded; over the years, the space has hosted over 500 events and organized its own literary prize, inspiring other independent bookstores to pop up across the country. It also issues an intellectual journal, We Read the World, whose first issue I once stumbled upon in my college library, a serendipitous encounter I shall always cherish. Now, its not particularly profit-driven business model has been grimly tested by the outbreak.

According to the letter, of its five locations in China, only one is currently open and receives one-tenth of its usual foot traffic. With people stranded at home, the bookstore sells 15 books per day, its February revenue slashed by 80 percent compared to the previous year. After exhausting online sales campaigns through various channels, it turned to its readers with different tiers of crowdfunding programs in return for gifts and gift cards. “Sort of like a membership presale,” Xu said. At the other end of the call, he sounded calm; after all, One Way Street has nurtured a solid brand with a twenty-million-strong online reader base.

The resilience of One Way Street comes from not relying too much on book retail, which is enervated by online booksellers with outrageously cheap pricing, and Xu plans to take it one step further. When I asked him about the future of bookstores in China, he said: “We have to reimagine what a bookstore is. It has to be a producer of knowledge, a place where emotions converge. We need to use new ways—audio, video, publishing, online classes, membership—to generate an intellectual life, a social life.”

The weakening of China’s book industry started long before the outbreak. It was like the sickly plant that I had on the windowsill: even as I looked after it daily, watering it, trying to kill the mold, pumping a few drops of nutrients from time to time, it continued yellowing and withering away, silently and mysteriously.

“What’s the point of publishing, if it has come to this? The thing is, we’re getting more and more used to it. … We’ve learned the price of rebellion.”

I also talked to Lara, who works at a big publishing house in Beijing. Back in 2017, when she was a junior editor and me an inexperienced translator, we worked closely on an Irish short story collection, the first literary work I translated from English into Chinese. Being around the same age, we’ve become friends and stayed loosely in touch. I was surprised to learn that since the end of last year, she’d been hesitating if she should quit her job or even the publishing industry altogether.

“I don’t have the energy for it anymore,” she said. “It has no impact… You went through so much trouble to make a book, but when it comes out, only few will read it. There’s little value doing it, either financially or socially.”

Every publishing professional I talked to is saying the same thing: It’s getting harder and harder to publish a book. A good book, that is. Publishers are encouraged to churn out books promoting “core socialist values” and Party policies, whose readership remains a mystery to me. On the other hand, the application process for publication permission is frustrating, to say the least. The ALCP provides no clear guidelines to adhere to or fight against, and approvals come as surprisingly as rejections do. Last year—some said in the fall, some said even earlier—it gradually became clear that books by American authors were invariably getting rejected. Whether it had anything to do with the trade war, no one knew for sure. This obstacle was a big blow to a lot of publishers; at least half of the books Luke’s studio purchased were by American authors. Now, it looked like the epidemic could be the last straw, with word spreading that some editors had seen their salaries cut.

“Everyone is trying to figure out where the safety line lies,” Lara said. “Thus begins the self-censorship: This one is pretty tough, that one will probably get killed… Eventually no one touches the controversial ones. What’s the point of publishing, if it has come to this? The thing is, we’re getting more and more used to it. As if all of this is normal. We’ve learned the price of rebellion.”

Even so, in 2019’s year-end meeting, she and her coworkers were told that fewer books would be approved in the coming year.

“Guess how I try to calm myself down?” Lara said, laughing. “I started practicing calligraphy. But the more I wrote, the angrier I became. I don’t know why!”

Instead, she watched the livestreams of Li Jiaqi, China’s top beauty influencer known for his unparalleled sales records of makeup and skincare products. In the month leading up to 2019’s Singles Day, the young man’s passionate, hypnotic chanting—“Buy it! It looks super, super good”—had helped Alibaba sell over 145 million dollars’ worth of products. I asked Lara if she would fall under his sway and place real-time orders.

“Of course,” she said, laughing. Then in a self-mocking tone, she said, “It’s really worth it. They send you lots of stuff with the purchase. It’s almost as if you’re getting it for free!”

“Only buying stuff makes you happy,” she concluded half-jokingly.

I knew, on some level, what she meant: It’s easy to give yourself up to the fever of China’s e-commerce-fueled consumerism, with the novelty and convenience of technology that keeps you hooked and energized and, more importantly, feeling like you belong. In the past, the book world has been cautious, if not reluctant, to join this game, but the outbreak quickly left them no other choice. According to a national survey of 1,021 bookstores, by February 5, 90.7 percent of bookstores were closed and over 99 percent reported lower-than-average revenue. On March 9, Xu Zhiyuan was joined by five independent bookstore owners in a virtual Taobao chat room for his first livestream event, “In Defense of Indie Bookstores.” Whether these e-marketplaces, the enemies-turned-friends, will be helpful for the book industry remains to be seen.

It struck me that none of the problems we talked about were new. In prosperous times we had sensed but ignored them, until the looming pandemic threatened to push what’s already vulnerable to the verge of extinction, and we could no longer afford to look away. Just like a few mornings ago, I finally made up my mind and dug out my plant, only to find its roots infected, as I’d suspected. With my garden trowel I cleared away all the bad roots and planted it in new soil. Obviously, what is slowly killing China’s publishing world isn’t the virus. As Xu said, “Every disaster is a moment of truth. It exposes all our existing problems… how our system and its people are reacting to it.”

Na Zhong hails from Chengdu, China and writes in English and Chinese. She's the Chinese translator of Sally Rooney's Conversations with Friends (2019) and Normal People (2020).

Rebecca Solnit on the Intersection of Activism and Writing 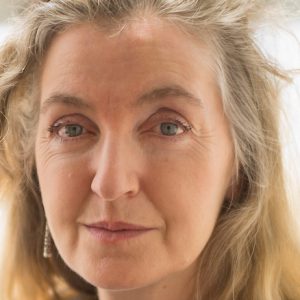 Rebecca Solnit on the Intersection of Activism and Writing In this episode, writer, historian, and activist Rebecca Solnit reflects on her new memoir Recollections of My Nonexistence....
© LitHub
Back to top