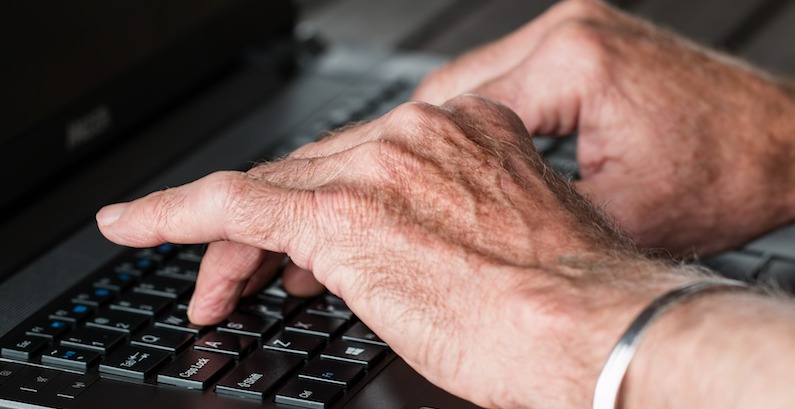 Does Retirement Hurt, Rather Than Help, the Aging Process?

Camilla Cavendish on the Japanese Approach to Senior Work

“When a car old, everyone says you get a new one. But here, we work to keep the same cars running longer. We value the oldies,” chuckles Minuro Ishikawa, running his strong, tanned hands over a gleaming 1957 Toyota Crown, one of the vintage cars he restores for a living.

Aged 79, Ishikawa is a perfect exemplar of how to use Extra Time. He has outlived both the founder of Shinmei Automobile Co., who hired him, and the founder’s son. He now works for the founder’s grandson, Yasuhiro Kondo.

“He’s irreplaceable,” says Kondo, a dark-haired, intense figure in his forties who treats Ishikawa rather like a favorite uncle. “We are trying to train others to do these jobs, but they don’t have his passion. This is the era of obsolescence, when younger people don’t want to replace parts. Only he can conceptualize how to modify the parts.”

I’m in Toyota City, the car company’s huge facility in central Japan. It contains ten factories, the Toyota stadium and Automobile Museum, and is home to around 400,000 people, many of whom depend on the car company for their livelihood. Ishikawa talks animatedly about how Shinmei’s work boosts Toyota’s reputation by taking in all brands of cars and rejuvenating them. He is what fashionable twenty-somethings would call an “upcycler,” fixing cars for which parts are no longer made by making bespoke parts from other materials. And he’s in demand. He shows me his thick order book, which contains scribbled pictures of broken hoses and rusty chassis from dealerships all over the country.

Ishikawa doesn’t look much like a garage mechanic. Dressed in pristine two-tone overalls, his silver hair neatly parted, he looks more like an ageing racing driver. He smiles a lot and keeps jumping up to bring me documents or to show me the modern, hybrid engine that he trains students on.

He is the first into the office every morning “because,” he says firmly, “the company is so important.” He adds that he is “super-busy every day.”

The worst thing that can happen to a senior citizen is waiting to be helped.

As an 11-year-old boy, Ishikawa fell in love with machines. His mother used to sell sweet cakes from the back of a rickety old motor­ bike, which often broke down. On those occasions, she would ask Ishikawa to take it to the garage. At first, he would watch the men take it apart, clean it up and put it back together. “Then I realized I could do it myself: I’d copy what I’d seen them do in the garage.” He didn’t tell his mother. Later, he started buying up old taxicabs, fixing them and reselling them for a profit.

His passion is infectious. Most Saturdays, he takes part in volunteer workshops, getting schoolchildren to design go-karts. But “what’s most important,” he says as he drives me confidently to the train station in the fast lane, one hand lightly on the wheel and the other gesturing to emphasize his words, “is teaching them how to greet people. Young kids today don’t respond if you ask them questions. They need to learn how to listen. And,” he grins, “how to clean up afterwards.”

Will he ever retire? “No,” he says emphatically, “not until I die.” Before he turned 60, the company president asked what he was planning to do in retirement. “I answered, ‘I’m not thinking of anything.’ He said, ‘In that case, why don’t you keep coming here?’ and that was that.” His wife, he says, is delighted to have him out of the house. She makes him a packed lunch every day. “I’m grateful,” he tells me. “Grateful for my colleagues, for my work. Grateful to Toyota.”

Ishikawa feels especially lucky, because Japan has a retirement age of 60, which is usually mandatory, although some big companies offer staff an option to stay on another five years, on 40 per cent of their old salary. Mandatory retirement is in some ways a logical response to Japan’s traditional seniority system, where wages rise with age rather than merit, landing companies with a group of very expensive senior staff. It’s almost impossible to fire anyone before 60, either from government or from a corporation, so retirement is a way for employers to extricate themselves from the seniority ratchet. But it’s not ideal, in a country which is running out of workers.

If the economic consequences are suboptimal, the social impact of the yawning gap between stopping work at 60 and living to 85 can be tragic. Executives who put in long hours as salarymen suddenly find themselves at home, bereft of office contacts, with resentful wives who call them “gokiburi teishu” (cockroach husbands who do nothing). Some wives have developed ulcers from the stress of it, in what the Japanese psychiatrist Nobuo Kurokawa has called “Retired Husband Syndrome.” As a result, grey divorce is soaring. In England and Wales divorce is declining in younger groups, but rising among the over-65s. Women, who are mostly the initiators/are quailing at the prospect of looking at the same person for what could be 30 more years. While divorce can be empowering, it can also be impoverishing, and leads to more people living alone.

“When people retire at 60, they retreat,” says Fumio Takengi, Director of Silver Centre in Edogawa, east Tokyo, which helps older people find work. “The common view in Japan has been that elderly people should passively receive welfare services. But this creates much unhappiness. The worst thing that can happen to a senior citizen is waiting to be helped. It does not build ikigai [reason for being].”

At the Edogawa Silver Centre, I find a group of wizened ladies, wearing flowery aprons they stitched themselves. Hands folded calmly in their laps, they sit expectantly round two big square tables. Racks of brown and white paper line one wall. It feels a bit like a kindergarten classroom.

“The work always changes,” says Mrs. Shuize Ohata, 98, the oldest of the group. “It keeps me a bright mind.” She has spent the morning tying gold elastic ribbons to be used in gift wrapping. It’s a fiddly business, which saves the local factory time: their workers can just pop the ribbons over the presents. Piles of ribbons now lie neatly stowed in bundles, ready to be delivered.

Mrs. Ohata has been coming here every week since her husband died, 20 years ago. She takes two buses to reach the center and brings her own lunch: a bento box with salmon, eggs and rice balls. She says apologetically that she recently started buying the rice balls ready­ made, rather than making them herself. Her face is soft and blotched with age, and she can barely see out of one eye, but she can still master the work, it seems. “It’s fun,” she says, clearly enjoying the attention bequeathed by her status as oldest senior. “I get to chat with everybody.”

The manager pours a pile of brushes onto the table, which must be fitted onto sticks. Everyone leans forward as she demonstrates. “I used to be a seamstress, so this suits me,” says Mrs. Miyao, 88. She couldn’t stay at home alone, she says. “Here, there’s a different task every day. I like being useful.”

“Your salary isn’t everything: having a place to shine matters.”

So, is this charity or is it work? As far as I can see, all the work is genuine. Silver Centres send members out to clean parks, pack goods in factories or to act as tour guides. The oldest member, a 101-year­ old woman, looks after a historic building in Fukui. Companies genuinely value the help. In April and May, when corporate employees transfer to new jobs, older people with good calligraphy skills are in demand to draw the official handmade certificates of congratulations. It’s a time-consuming process, which requires grinding the inkstone and perfecting each brushstroke.

The first Silver Centre was founded in 1975 by a Tokyo University professor and some retired friends who wanted to supplement their income, maintain their health and contribute to society. They encountered enormous resistance from the authorities, who feared older workers would displace younger ones. Today, the government subsidizes Silver Centres, but it will still not let them provide full-time jobs. There are no formal employment contracts: the workers are “members” of the Centre and are paid “dividends,” not “wages.”

This approach seems a little quaint, given that Japan’s productivity will eventually suffer unless it makes more use of older workers. But the Silver Centres have a broader goal. “It’s not just doing a job and getting paid,” says Mr. Takengi, “it’s building camaraderie and helping others. Local people see someone cleaning the park devotedly, they stop and talk to them. Their effort is appreciated by the local community and leads to ikigai. Your salary isn’t everything: having a place to shine matters.”

This place is clearly a lifeline. A bus ride away from Funibori station in east Tokyo, the Centre is housed in a run-downside street. Yet Mr. Takengi tells me that an astounding 2,400 people come here every month, to report on how they’ve been doing, work-wise and physically. “Ninety-three per cent of our members are very healthy,” he says. “We believe that our system helps keep them that way.” And perhaps it does. For research increasingly shows that purpose and social connection are good for us. We may need to change the type of job we do as we grow older, but most of us will need to keep going— and earning. 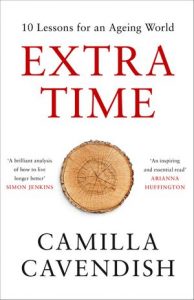 Camilla Cavendish, author of Extra Time, is an award-winning Times columnist and a radio and TV broadcaster, who is well-known for her campaigning journalism. She was the head of the Downing Street Policy Unit under Prime Minister David Cameron and she now sits in the House of Lords and continues to write high-profile journalism pieces for The Financial Times and The Sunday Times. There is nobody better qualified to write this timely and necessary book. 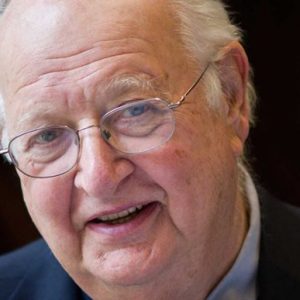 Over the last two hundred years, nothing has divided us more than our free-market economic system. Is it the source of every...
© LitHub
Back to top
Loading Comments...