TODAY: In 1903, Marguerite Yourcenar, French novelist and essayist and the first woman elected to the Académie française, is born.

The story of Britain’s first woman soccer player, the impeccably named Nettie J. Honeyball • Robert Macfarlane talks to Andrew Ervin about finding hope in the world’s darkest places • On Pablo Neruda’s life as a struggling poet in Sri Lanka • A Kafkaesque list of Kafkaesque things • Celebrating 70 years of misapplied allegory: happy birthday, 1984! But with apologies to Orwell, we’ve gone way past 1984 • Charles Kaiser on the painful, powerful legacies of Stonewall in 2019 • Jill Lepore on early American ideas of nationalism • Ma Jian on the short path from utopia to dystopia • What it’s like to teach writing when everyone’s a writer • Philippe Petit meditates on a life walking the high wire • Tyler Malone on the end of TV’s most literary show, Deadwood • The Cold War love story of a would-be travel writer/almost-spy • Selahattin Demirtaş on writing from a Turkish high-security prison • On the role of Black women in the struggle for suffrage • Tyler Mills on her grandfather’s role in the bombing of Nagasaki • Astra Taylor wonders if democracy can survive contemporary capitalism? • Treva Lindsey on Jim DeRogatis’s unflinching look at R. Kelly • The optimist’s guide to what to read at your wedding • Keith S. Wilson and Jericho Brown talk truth, tradition, form, and more • Dominic Smith on the power of silent film • Jay Parini on John Barton’s new History of the Bible • Tyler Wetherall on what it meant to share books with her father while he was in prison • Rachel Vorona Cote on season three in Gilead • How do we reclaim American cities for people who walk? • Antony DeCurtis on the instruments behind iconic rock ‘n’ roll moments • Naomi Alderman on The Heads of Cerberus and the invention of progress • Why women’s soccer—despite its popularity—still struggles for institutional support • Jack London’s journey from rags to riches (and back again) • Read your (incredibly accurate) literary horoscope for June

Every Women’s Prize for Fiction Winner of the 21st Century: from Bel Canto to Half a Yellow Sun, The Tiger’s Wife to On Beauty (and congratulations to Tayari Jones for taking home this year’s!) • Congratulations to the winners of the 2019 Lambda Literary Awards and the CLMP Firecracker Awards! • On the 75th anniversary of that fateful landing, renowned WWII historian James Holland recommends the five best books about D-Day • 5 Sci-Fi and Fantasy Books for June: featuring a school for mages, a sentient spaceship, and a gay Green Man tale • Nicole Dennis-Benn recommends five books about immigrants, from Jhumpa Lahiri’s The Namesake to Jacqueline Woodson’s Another Brooklyn • This week in Secrets of the Book Critics: Booklist‘s Annie Bostrom on Alex Kotlowitz, Sharlene Tao, and the only critic who really matters • New titles from James Ellroy, Elizabeth Gilbert, Robert Macfarlane, and Ocean Vuong all feature among the Best Reviewed Books of the Week

From the Golden Age to the present day, Oxford has inspired many a crime novel • All the crime, thrillers, and mysteries to read this June • Radha Vatsal investigates the case of the overly lengthy Agatha Christie adaptation • Zach Vasquez on the surprisingly similar, and similarly twisted, visions of James Ellroy and David Milch • Scarlett Harris on the women behind the true crime renaissance • Timothy Jay Smith looks at the long (and continuing) history of the Cold War spy novel • Maria Hummel on painter and Washington socialite Mary Pinchot Meyer, whose unsolved murder is linked to the JFK assassination • Jennifer Ryan on Jacqueline and Eileen Nearne, sisters and spies • Karen Lord on exploring small crimes within larger landscapes of injustice • Charlie Donlea recommends ten thrillers that are a master class in building slow-burn suspense

Soul of the Border 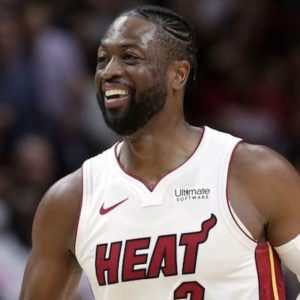