Soul of the Border 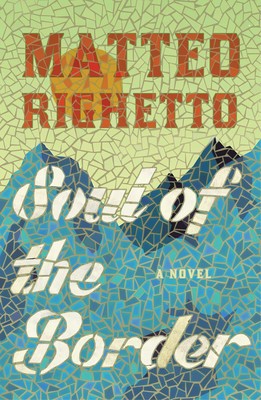 The following is from Matteo Righetto's novel Soul of the Border. A young woman braves the wilds of the mountainous Austrian-Italian border—and the dangerous men who conspired with her missing father to smuggle tobacco—in order to save her family. Matteo Righetto's novel Apri gli occhi (Open Your Eyes) won the Premio Cortina. The author is now working on a sequel to L’Anima della frontiera (The Soul of the Border), L’ultima patria (The Last Homeland).

There are villages that smell of misfortune.

You just have to breathe in their air to recognize them, air that is murky and thin and defeated, like all things that have failed.

Nevada was one such village, with its handful of men and women living in hovels that clung to the steep slopes on the right-hand side of the river, hovels half hidden by ragged woods and scattered here and there among the masiere: those little terraces, reclaimed from the mountainside, that descend toward Enego to the east of the Asiago plateau, and then plunge into the Brenta and Sugana Valleys.

It was on these masiere, demarcated by walls built up from the chipped stones that spring from that earth in greater profusion than moles, that the locals grew tobacco. They had been doing so for generations, for centuries, because there above the Brenta Valley tobacco grew well and was of better quality than any other in circulation, which was why it had already replaced the timber trade by the seventeenth century, at a time when down in the valley, from north to south, bubonic plague was raging and it seemed as if there was no future for anybody.

As the nineteenth century drew to an end, only three families lived in Nevada, and one of them was the De Boers. Augusto was the head of the family. He was born in 1852, when his land was under Austrian rule, in the same house he would live in all his life and to which he would bring his wife, Agnese, the daughter of peasants from a place called Stoner: four houses clinging to the Asiago plateau. With her he would have three children, two girls and a boy, all born in Nevada, in that very same house.

Augusto was not a tall man, nor was he bulky, but he was endowed with surprising, inexhaustible strength. With five blows of an ax, he was capable of felling a spruce twice his age. He had a thick black mustache that concealed his mouth, which was often busy chewing tobacco. He spoke so little that often he was silent for days on end. Whenever his lips moved, all conversation around him ceased. His words were as final as tombstones.

He had grown up in poverty, narrowly avoiding pellagra, and had seen dozens of men and women, including his father and mother, survive the hunger and famine that had beset the mountain dwellers over the years.

That might have been why Augusto De Boer felt the burden of responsibility on his shoulders and lived every day in the full awareness that the fate of his family, for good or ill, was linked to his, like the branches of an oak to the trunk.

That was why he thanked God twice a day, in his way. He did it when he got out of bed with the first song of the thrushes and set off to work on the masiere and when he returned in the evening, bones aching with fatigue. Then he would eat a chunk of polenta and little else, arrange the firewood in the stove, and go to bed.

Lying in bed with his eyes closed, he would listen to the song of the nightingales out there in the woods and feel a burning pain in his back from the day’s labors.

Agnese was three years younger than him and had never been back to Stoner since leaving. Her hands were stubby, the skin red and chapped on the backs, the palms covered in little cracks. She always walked fast, as if in a hurry, with her head down. Few people had seen her hair: once black, it had turned white suddenly, and she wore it swept back into a bun and hidden under a dark kerchief tied under her chin.

She prayed a lot, even when she worked in the fields or stirred the lumpy, ocher-colored polenta in the pot. She prayed above all to the Virgin Mary. Some summer days, she would return home from the masiere so tired that she did not even have the strength to eat, and so she would make dinner for the others and sit down by the stove or else on the steps outside the door, and there she would rest, moving her lips in a long prayer. She was a sensitive soul and, despite the strain of living at these heights, she was amazed and enchanted every day by the beauty of nature’s little things: a dandelion, a hazelnut, a jay’s multicolored feather. She had never received any gifts, and she wished for nothing except to see her children grow up healthy and good Christians.

Augusto and Agnese had three children. Jole was born in 1878, Antonia in 1883, and Sergio in 1886.
Physically and emotionally, Jole was just like her mother, which was probably why she loved her father above all. She almost always tied her blond hair in a long plait that fell between her shoulder blades. She was thin and had large, bright eyes of indeterminate color: at times they seemed as green as a larch grove in summer, at others as gray as a wolf’s winter coat, at others still as blue-green as an alpine lake in spring.

More than anything else, Jole loved horses, and even as a little girl walked barefoot through woods and down impracticable paths just to see them. To satisfy her passion, especially in summer, she was capable of leaving in the morning and not returning until just before sunset. There were two places where she could see them: to the north, on the pastures of Rendale, where there were many nags that followed the shepherds and their Foza sheep; and, to the south, on the ridges of Sasso, where a large number of cart horses were used to transport marble from the quarries.

She liked all horses, whether they were light-footed stallions or heavy farm animals. As a child she would look at them in awe, her big eyes open as if to capture a dream, a piece of magic.

Her sister Antonia liked to wear her hair short, and Agnese cut it for her twice a year with old iron scissors, taking care not to prick her because tetanus was less forgiving than hunger. Antonia would help her mother in the house, and she liked making things to eat with what little there was. She, too, was often in the woods during the summer. She went there to listen to the cries of the wild animals and smell the pleasant aromas of the trees.

She would gather in an old tin can the resin secreted from the bark of the spruces and take it to her father, who would knead and mold it into hard little balls, useful for lighting the re in the stove. Augusto, though, would always leave a little for Antonia, who used it to protect flowers or particularly beautiful insects from the ravages of time, thus adding them to her collection.

But Antonia did not only gather resin. She also gathered wild strawberries, raspberries, and elderflowers, with which her mother made an excellent, refreshing juice, mixing it with water from the river.

It was the big river down in the valley that was the favorite spot of the youngest of the De Boers. Often Sergio would walk through the wood that stretched to the east of Nevada and sit down on the edge of the cliff over the Brenta Valley, and from there look down and listen to the sound of the river as it descended toward Bassano del Grappa and then, farther still, on to the Venetian plain.

Sergio was skinny and fair-haired. He was never still. Of all of them he spoke the most and was never quiet for a second. As a joke, his mother and his sisters always said he spoke double the amount because as well as his own voice he had also assumed his father’s.

All three children, though, apart from living their days with the ardor, the dreams, the blessed unawareness of every little girl or boy of their age, worked hard in the tobacco fields alongside their parents: it was a fate that nobody was allowed to avoid.

–Translated from the Italian by Howard Curtis

From Soul of the Border by Matteo Righetto. Copyright 2017 by Matteo Righetto. English language translation copyright 2018 by Howard Curtis. Originally published in Italy in 2017 by Mondadori as L’anima della frontiera. Published by agreement with Piergiorgio Nicolazzini Literary Agency (PNLA). Previously published in the UK by Pushkin Press in 2018 as Soul of the Border. Excepted by permission Atria, an imprint of Simon & Schuster.

Michel Leiris on the Details That Make Great Art 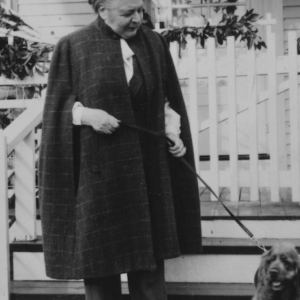 Lit Hub Weekly: June 3 - 7, 2019 Our most anticipated summer books list is here! In which the Lit Hub staff recommends some reads for the beach (or the cafe,...
© LitHub
Back to top