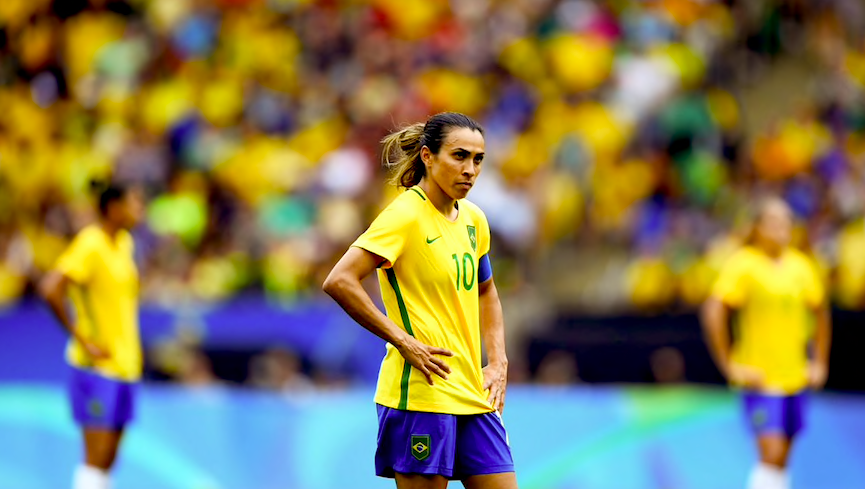 via University of Texas Press

Despite Its Popularity, Women’s Soccer Still Struggles for Institutional Support

Joshua Nadel on the History of Brazilian Women's Futbol

Brazil is the country of soccer. The canary yellow jerseys are etched into the world collective imagination through the play of stars like Pelé, Socrates, Ronaldinho, Neymar, and… Marta? It seems impossible that the best woman’s player of all time, who plies her trade in the U.S. National Women’s Soccer League, wouldn’t be included on the list of all-time Brazilian greats. But she’s not. Nor does Formiga, born Miraildes Maciel Mota, get mention as the longest tenured national team player. But, with 167 caps she beats Roberto Carlos’s male record by over 40 appearances, a total she will add to in France this month. And at age 41 seems to be ready to play forever.

Just how many caps Formiga and her compatriots add to their total is up in the air. With the skill that the Brazilian squad harnesses, they should be shoe-ins for the knock-out stage and the quarterfinals at least. When it comes to the Brazilian women’s team, however, appearances flatter to deceive. A generation of players, objectively among the best in the world, has watched its opportunities fritter away as a result of poor planning, management, and institutional support. The Brazilian women’s team should be a favorite to win every time they step on the field—even at the World Cup—but they are not. The reason why has everything to do the Brazilian Soccer Federation, with the past serving as prelude.

Women began playing soccer early in Brazil. In 1921 two teams from the suburbs of São Paulo played what is recognized to be the first women’s match. By the 1930s there were leagues in most major cities in the country, and the sport—which received regular ridicule by much of the male-dominated sporting press—began to garner support from some in the media, as well as local and regional soccer federations. And at the end of the decade, thousands of women and girls played the game across the country.

Soccer, played by both women and men, was itself part of a larger trend towards increasing physical activity and physical education in the early 20th century. The Brazilian government, public health, and educational leaders encouraged youth physical fitness and sports, though they specified appropriate activities for girls and boys. Soccer was considered a masculine sport. It was the way, to paraphrase a Brazilian anthropologist, that boys learned to be boys. Experts encouraged girls and women to practice sports more “compatible” with their “fragile nature,” and considered women’s soccer dangerous. Given the eugenic mindset of the Brazilian state and intellectual elite at the time, women’s fertility—and sexuality—needed to be guarded, and soccer threatened the sacrosanct role of motherhood. One specialist in physical education at the state School of Medicine suggested that soccer would cause “pelvic damage… harmful to the female organs,” and worried that the sport was “anti-aesthetic” for girls and women. Another argued that soccer resulted in “general alterations to women’s delicate physiology” that could “seriously compromise” their reproductive capacity. Still others worried that playing soccer might “call into doubt” women’s “sex… and sexuality.”

Thus, girls playing the sport transgressed not only gendered norms but national expectations. By 1941, concern over what would become of girls who played soccer, and the negative impact that they would have on Brazil’s future, reached a peak. That year, the government of Getúlio Vargas banned women’s soccer, along with other rough sports such as judo and boxing. With this act, Vargas followed other countries’ leads: England banned women’s soccer in 1921, as did France in the 1930s. Germany would prohibit women from its pitches for roughly 20 years, starting in the 1950s. In other words, Brazil—and Latin America as a whole—was not alone in restricting women’s soccer, but rather fit into a global trend of sporting misogyny.

Another argued that soccer resulted in “general alterations to women’s delicate physiology” that could “seriously compromise” their reproductive capacity.

In one way, the Brazilian ban was effective. What little institutional support there was for women’s soccer eroded. The ban made the sport less visible as well, making it harder for girls to see themselves as sportswomen. And it helped to propagate the myth that women neither played soccer nor could play soccer, further embedding the idea of the sport as a male domain. On the other hand, the prohibition against women’s soccer failed. Women continued to play soccer throughout the country, especially in areas outside the major cities of São Paulo and Rio de Janeiro. The Confederation of Brazilian Sport continually had to reiterate the ban and threaten legal action against those who violated it. Consistently, however, Brazilian soccer institutions showed themselves opposed to the sport and regularly put roadblocks in the way of its development.

In essence, then, the history of women’s soccer in Brazil suggests some of the problems that the team faces now. But moving closer to the present, two moments highlight how the federation undercuts the talented women players. The Brazilian team entered the 2011 Women’s World Cup on something of a roll, having finished as runners up in the 2004 and 2008 Olympics, as well as at the 2007 World Cup. The 2011 squad had essentially the same personnel as those silver-medal teams. The skill, in other words, was there. What was missing? Institutional support and resources. Brazil was one of the last teams to arrive in Germany, and by the knockout stage had begun to look tired. As the quarterfinal match with the United States edged into extra time, the difference in fitness showed. With the score 1-1 after regulation, and 2-1 Brazil two minutes into the extra time, Brazilian fatigue started to show. Though playing a woman down after a red card in the 65th minute, the U.S. scored in the 122nd minute to force penalty kicks, the extra 2 minutes a result of Brazilian players cramping due to lack of fitness.

More recently, Brazil’s federation has again shown its lack of concern over the women’s program. During the 2016 Olympic Games in Rio, the Brazilian women’s team had an amazing run through the group stage. Compounding their success, the men’s team staggered through, causing concern throughout the country that they would fail to make the finals. The women’s team, however, played to packed stadiums. Fans taped women’s team members’ names the men’s names on their Brazil jerseys. Neymar was crossed out for Marta. In other words, Brazil seemed to be in the middle of a sea change. After the women bowed out in the semi-finals, many expected additional support for the team from the federation. Instead the CBF announced that it would be cutting the women’s program to the bone. With a chance to build on immense popular support, to find sponsorship and marketing opportunities for the women’s team, the male-dominated Brazilian federation opted to undercut it. These actions only underscored the sense that, for women to receive support, they must win.

Unfortunately, though its players are exceptional talents, Brazil is the norm when it comes to support for women’s teams, both around the region and around the world. In the United States, the women’s national team and the US Soccer Federation are locked in a legal battle over equal pay. The Nigerian federation failed to pay its women players for two years. Norway’s Ada Hegerberg, winner of last year’s Balon d’Or, has refused to play for the national team, citing institutional inequity at every level of the sport. Within Latin America and outside of it, in other words, women footballers continue to struggle for institutional support.

As the Brazilian women’s team heads to the World Cup on a low, it is mired in a nine-game losing streak. If this were the men’s team, it would be a national crisis. The coach would be fired. But it is the women’s team, so…

Watch the Brazilian women’s soccer team in action against Jamaica, this Sunday, June 9th, 9:30am EST, in their opening match of the Women’s World Cup. 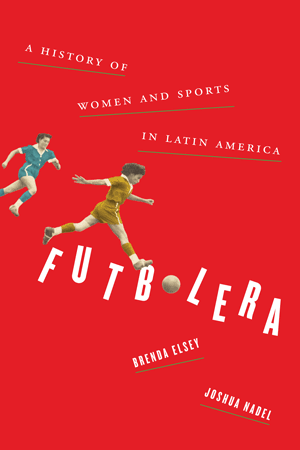 Futbolera, by Brenda Elsey and Joshua Nadel, is out now from the University of Texas Press.

Joshua Nadel is an associate professor of History at North Carolina Central University. He is co-author, with Brenda Elsey, of Futbolera: a History of Women and Sports in Latin America. 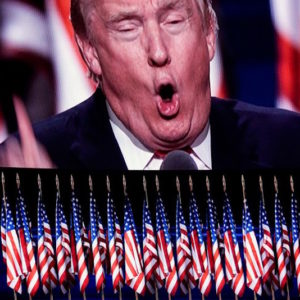 Nineteen Eighty-Four and Brave New World used to be seen as mutually exclusive dystopias. In 1984, however, while Neil Postman...
© LitHub
Back to top
Loading Comments...