The Author of Underland Talks to Andrew Ervin

In Underland: A Deep Time Journey, the English naturalist and adventurer Robert Macfarlane has described his sometimes harrowing personal experiences beneath the surface of the earth. He divided his travelogue into three sections: Britain, Europe (France, Spain, and Slovenia), and The North (Scandinavia), and in each location has gone quite literally underground in search of deep time. The section set in the sprawling catacombs beneath Paris are particularly intense.

“Deep time,” he writes, “is the dizzying expanse of earth history that stretches away from the present moment.” It is “kept by stone, ice, stalactites, seabed sediments and the drift of tectonic plates.” His project involves nothing less than refiguring humankind’s practical understanding of geology and of our fraught relationship with the rest of the natural world.

I’ve admired Macfarlane since I first read his The Old Ways a few years ago. The profundity of insights into the world around us are matched by the care and humility with which he shares them in writing. Although this might sound puzzling, his work—and Underland in particular—detail the Anthropocene ravages we’ve wrought and yet do so in ways that celebrate the potential of human life. I had the pleasure of asking him a few questions via email in April and May.

Andrew Ervin: Now that you’ve had a few months to reflect on writing Underland, what experiences stick out in your memory? What do you wish you’d known sooner? Are there things you wish you’d done differently?

Robert Macfarlane: What remains? Above all, a powerful sense of the Earth as made of lively, restless, vibrant matter—by which I mean not only the conventional liveliness of plants and creatures, but also the liveliness of things we have often thought of as “not-life,” including ice, rock and air. Viewed from the deep-time perspective that Underland seeks to inhabit, these substances have come to seem to me hugely animate in ways we only dimly comprehend.

I will never forget descending a thousand vertical feet down a narrow limestone shaft in north-eastern Italy, to emerge into a vast dome-like chamber, cathedral-sized, filled with dunes of black sand, at the base of which roared a “starless river,” far from the sun. Or rappelling into the glass-smooth sides of a moulin—a meltwater shaft—on an immense glacier in the east of Greenland, down into the blue light of ancient ice; it was like entering a pore on the skin of a huge and beautiful animal.

What do I wish I’d known sooner? Nothing. This was a book that took the best part of seven years to make, and the experience of writing it was strongly one of uncovering an immense buried structure or relic. It was archaeological, geological work; learning to read what lies beneath us as it has declared itself to us in myth, metaphor and memory. Each discovered part led to the next, and it was only towards the end, when I could look back and down at all that I’d found, that it began to connect itself together into a 500-page picture. That I completed the first full draft of the book in the very week that the Thai footballers and their coach were drawn into the darkness under the mountain and trapped there by the rain seemed—once the boys were safe—proof that I was telling both an ancient and an urgent story about the journeys into the Earth we have been making as a species since before we were anatomically modern humans.

AE: Do you keep in touch with many of the people you write about? How’s Bjørnar Nicolaisen holding up?

RM: I’m still in touch with all of them, in fact. They’re all remarkable people. Someone reviewing a book of mine once wrote: “Robert Macfarlane never seems to meet any dickheads.” Ha! Actually, I meet plenty of dickheads in passing while traveling—that’s an inevitability—but I don’t write about them; for why would I? I sometimes think of myself as a specialist in specialists; an obsessive about obsessives. I’m fascinated by people who have thought or written or committed with unusual intensity to a region of landscape or a region of knowledge, or both. These are the people who fill my books.

Bjørnar of the seer-like white eyes and the raccoon-hat and the fighter’s soul, who is friends with sea-eagles and has built a throne of driftwood on the shore of his Arctic fjord that looks like it’s fallen from the set of Game of Thrones; he was my guide to “The Edge,” the deep-sea shelf and all that it holds and hides. I’m glad to say that Bjørnar is very well—and in a (to me) thrilling development, late last month he confirmed to me that the plans to drill for oil off the Lofoten and Vesteralen islands in northern Norway, against which Bjørnar became such a crucial part of the resistance, have been finally and fully abandoned, after a 12-year struggle. What a brilliant victory for community protestors against the combined forces of the state and Big Oil. Hope in the dark, to borrow Rebecca Solnit’s resonant phrase.

AE: I wonder if hope is the first step toward slowing the damage we’re doing to the ecosystem. Despair too easy, and not entirely helpful. In your extensive travels, and while reflecting on them afterward, are you able to find many moments of genuine hopefulness?

RM: What makes me despair is resignation. It’s self-indulgent. Barry Lopez put it strongly and clearly in a recent public event: “Your ethical responsibility is to others, not yourself … hope is not a requirement, but faith is indispensable. Make common cause with others.” That nails it for me. However grim the global picture, there’re battles large and small to be fought and won for the good; discourse to be changed; power to be resisted; inequities (between humans and humans, and humans and more-than-humans) to be balanced out, at very local as well as planetary levels. Sianne Ngai coins the term “stuplimity”—a mash-up of “sublimity” and “stupefaction”—to describe that sense of stunned fatigue that comes from repeated exposure to evidence of calamity and enormity. Stuplimity is the enemy. I met huge evidence of damage, but I also met inspirational individuals, communities and systems; from Bjørnar Nicolaisen and his unlikely alliance of young Greens and old fishermen, resisting—successfully—big oil, to the Finnish engineers doing the best they could to dispose of the worst we’ve made in the “Onkalo” high-level nuclear waste repository; a deep-time responsibility extended to the post-human inheritors of our toxic legacy.

AE: Underland contains an extensive and wide-ranging bibliography, which helped me organize my summer reading list. What are you reading now?

RM: I’ve recently completed Barry Lopez’s magisterial epic of ethical attention, Horizon, and Dina Nayeri’s subtle, angry The Ungrateful Refugee. I’ve also been gripped by Behrouz Boochani’s astonishing No Friend but The Mountains, tapped out on WhatsApp and smuggled out as PDFs from Boochani’s internment in Australia’s reprehensible detention facility, Manus Island. As Richard Flanagan puts it, this is a “strange and terrible book that demands a reckoning.”

AE: Where are the places you’re most eager to visit next? Are there places you would refuse to go?

RM: I’d love to have had the opportunity and the ability to join the Dark Star deep-caving expedition in Uzbekistan, known as the Underground Everest. In the end, of course, the last journey any of us will make is a dark-star journey underground—buried in body, or scattered as ashes, to rejoin dust and soil.

Andrew Ervin is the author of the novel Burning Down George Orwell’s House and the novella collection Extraordinary Renditions. His most recent book is Bit By Bit: How Video Games Transformed Our World. Twitter: @andrew_ervin

What to Actually Read at
Your Wedding 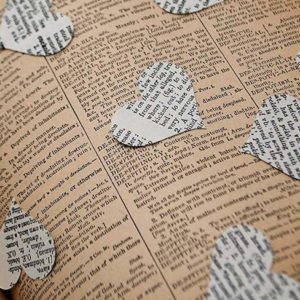 What to Actually Read at
Your Wedding Last summer, I was a pessimist about literary wedding toasts. This summer—well, this summer, I am getting married. Don't...
© LitHub
Back to top