What to Actually Read at
Your Wedding

This Year, the Optimist's Guide

Last summer, I was a pessimist about literary wedding toasts. This summer—well, this summer, I am getting married. Don’t get me wrong: I still don’t think you should read Neruda, or Rumi, or e.e. cummings, or (alas) anything from Lolita—I know it’s romantic, but it really doesn’t send the right message—but rather than simply naysaying, I’ve been thinking a lot lately about what you should read.

What you should actually read is this: something that has meaning for you and your beloved. That is, you should not just have a literary reading to have one, or comb through unknown poems just to try to find something that works. And on the flip side: if you love a poem that isn’t exactly wedding-y, I say go for it, as long as it won’t make your grandmother faint. I know that’s not satisfying advice, but that’s the real advice.

With that said, I have some recommendations. To make this list, I polled the Literary Hub office (many of whom have had weddings of their own, some more recently than others, and all of whom have attended weddings with varying degrees of success), and added a few of my own. Feel free to add on your own wedding reading in the comments.

If you’re best friends and lovers both: “Having a coke with you,” Frank O’Hara

If you’re poets: an excerpt from “Poetry and Marriage: The Use of Old Forms,” by Wendell Berry, like the opening:

The meaning of marriage begins in the giving of words. We cannot join ourselves to one another without giving our word. And this must be an unconditional giving, for in joining ourselves to one another we join ourselves to the unknown. We can join one another only by joining the unknown. We must not be misled by the procedures of experimental thought: in life, in the world, we are never given two known results to choose between, but only one result that we choose without knowing what it is. . . . In marriage as in poetry, the given word implies the acceptance of a form that is never entirely of one’s own making. When understood seriously enough, a form is a way of accepting and of living within the limits of creaturely life. We live only one life, and die only one death.

If you’re amazed by your partner every day: “Ditty,” Kevin Young

If you’re allergic to sentiment but love like hell: “Epithalamium,” Nick Laird

If you have fought hard for acceptance: an excerpt from Justice Kennedy’s opinion on Obergefell v. Hodges (aka the Supreme Court decision on gay marriage), like the closing:

No union is more profound than marriage, for it embodies the highest ideals of love, fidelity, devotion, sacrifice, and family. In forming a marital union, two people become something greater than once they were. As some of the petitioners in these cases demonstrate, marriage embodies a love that may endure even past death. It would misunderstand these men and women to say they disrespect the idea of marriage. Their plea is that they do respect it, respect it so deeply that they seek to find its fulfillment for themselves. Their hope is not to be condemned to live in loneliness, excluded from one of civilization’s oldest institutions. They ask for equal dignity in the eyes of the law. The Constitution grants them that right.

The judgment of the Court of Appeals for the Sixth Circuit is reversed.

It is so ordered.

If it’s always been you two against the world (and you have a strong appreciation for irony): “The Applicant,” Sylvia Plath

If it all feels suspiciously easy: this passage from Feast of Love by Charles Baxter:

Here’s a profundity, the best I can do: sometimes you just know… You just know when two people belong together. I had never really experienced that odd happenstance before, but this time, with her, I did. Before, I was always trying to make my relationships work by means of willpower and forced affability. This time I didn’t have to strive for anything. A quality of ease spread over us. Whatever I was, well, that was apparently what she wanted… To this day I don’t know exactly what she loves about me and that’s because I don’t have to know. She just does. It was the entire menu of myself. She ordered all of it.

If you’re plain-spoken: “Let me put it this way,” Simon Armitage

If you bring out each other’s truest selves: this passage from The Baron in the Trees by Italo Calvino:

They knew each other. He knew her and so himself, for in truth he had never known himself. And she knew him and so herself, for although she had always known herself she had never been able to recognize it until now.

If you’re already planning a long, loving future together: “Scaffolding,” Seamus Heaney OR “When You Are Old,” William Butler Yeats 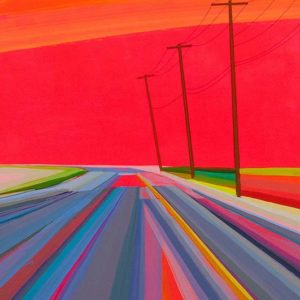 The day after losing our first baby, my husband went to a hockey game with his brother. I was in bed, woozy from the pain...
© LitHub
Back to top