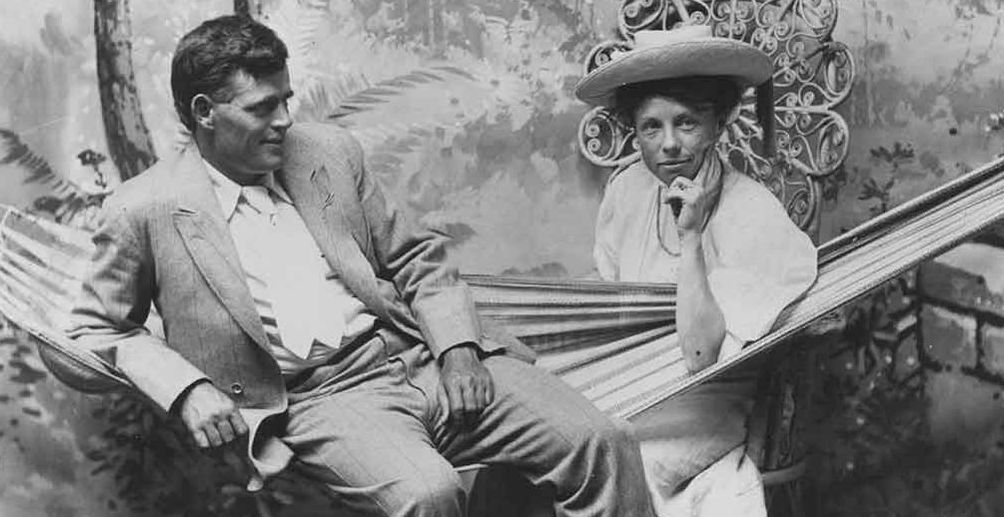 Joy Lanzendorfer on the Author's First and Last Lives

In 1898, Jack London was trapped in an Alaskan cabin while, outside, winter froze everything to icy stillness. “Nothing stirred,” he wrote later. “The Yukon slept under a coat of ice three feet thick.” London, then 22, had come to Alaska to make his fortune in the gold rush, but all he’d found was a small amount of dust worth $4.50. A diet of bacon, beans, and bread had given him scurvy. His gums bled, his joints ached, and his teeth were loose. London decided that, if he lived, he would no longer try to rise above poverty through physical labor. Instead, he would become a writer. So he carved into the cabin wall the words “Jack London Miner Author Jan 27, 1898.”

In the 1960s, that bit of graffiti helped verify the cabin, and it was divided in two. Half of the cabin remains in the Klondike, and the rest was moved to Jack London Square on the Oakland waterfront, where London grew up. The day I visited the Oakland cabin, the farmers market was going on, and smoke from cooking sausages wafted through the air. The cabin stands in the center of the square, surrounded by palm trees. Drought-resistant grasses cover the living roof like fur—something London, a pioneer in sustainable agriculture, might have appreciated.

Since the cabin is closed to visitors, I peered through the windows, looking for his signature, which I later learned is in the Klondike portion of the cabin. It seemed fitting that this symbol of the creative sea change in London’s life stands in the place where he experienced abject poverty. London would travel the world and achieve immense literary success, but he would never fully shed the weight of that poverty. Beside the Oakland cabin is Heinolds’ First and Last Chance Saloon, opened in 1883. London was a lifelong regular. He started drinking there as a teenager, often to blackout as he tried to keep up with the older men. The saloon, made out of timbers from a scrapped whaling ship, stands out like a wooden thumb among the glass buildings along the waterfront. Inside, it’s small, dark, and covered in memorabilia. The floor slants steeply, so that sitting on a barstool feels like drinking on the mess deck of a pitching ship. It’s easy to imagine sailors and dockworkers crowding in there to escape the chill of the Bay Area fog.

People seemed delighted with the saloon. Several peered in through the doorway and said how cute it was. At a table, a man was talking local history to a rapt audience. A couple at the bar asked why the saloon was there, and the bartender explained that it was because of London. “People come in and say that Jack London drank here, so they have to drink here too,” he said. “Although, that has died off a bit lately. London’s not as popular with the kids. I don’t know why, because I had to read all his books in middle school.”

For anyone who has struggled with money or sought to better themselves, London’s life and work still feel startlingly relevant. In some ways, Oakland’s current income disparity isn’t that different from during the writer’s childhood—the yachts along the pier are a sharp contrast to the homeless camps throughout the city. London often wrote about the exploitation he experienced as a “work beast.” At 14, he pulled 16-hour shifts at a cannery for 10 cents an hour. Then he became an oyster pirate, stealing from company oyster beds at night and selling his haul by day. He was a sailor, killing seals from the deck of a boat and getting a severe case of shingles. Later, he shoveled coal for $30 a month, spraining both wrists before someone confessed that he was working a job meant for two men. No matter how he tried, poorly paid physical labor did nothing to improve his circumstances.

When London returned from the Klondike, he dove into writing, churning out thousands of words. For months, he got nothing for his efforts but rejection letters—over 600 of them. “Everything I possessed was in pawn, and I did not have enough to eat,” he wrote of that time. “I was at the end of my tether, beaten out, starved, ready to go back to coal-shoveling or ahead to suicide.” Then he sold two short stories, one for $5 and another for $40. Slowly, he began publishing, and in 1903 he wrote three books, including The Call of the Wild. He followed up with more hits—White Fang, The Sea-Wolf, and Martin Eden, among others. By his late 20s, he was the highest-paid writer in the United States.

He spent that money on a 1,400-acre property in Glen Ellen that he called Beauty Ranch. Today, it’s Jack London State Historic Park, one of the most complete literary sites in the United States. For $10, you can take a self-guided tour, hike the trails, or join a free docent-led tour. There are also private tours and horseback riding. When I visited, wildfires had recently threatened the park, and artifacts that had been evacuated were still in storage. However, the museum, a rustic rock mansion that London’s second wife, Charmian Kittredge London, built after his death, had just undergone a renovation. My guide, Kristina Ellis, showed me highlights, including pictures of Alaska, souvenirs of London’s travels, and his letter resigning from the Socialist Party.

The museum also delves into London’s relationship with Charmian, his “mate woman,” who possessed qualities London wanted in a wife. She was sporty and liberated, and she never resorted to “hysterics,” something he wouldn’t tolerate. They honeymooned on his 55-foot sailboat, the Snark, which he had spent over a year and $30,000 building. It had state-of-the-art collapsible masts, flush toilets, room for 400 books, and even an ice maker. Sleek and graceful, it could go 11 knots at full sail. While London intended to sail the Snark around the world, he managed only one trip through the south Pacific before cost and illness forced him to sell it for $4,500.

Ellis pointed out London’s medical kit, a leather zip-up bag with vials of pills and powders. A nearby placard said that it “contained cocaine drops for toothaches, opium for pain, heroin for a bad cough, and mercury chloride to heal open skin wounds.” While on the Snark, everyone got sick with yaws, a bacterial infection that causes weeping wounds. “They all had their different remedies to cure it,” said Ellis. “And Jack’s remedy of choice was mercury chloride. So he was pounding the mercury into his system for about a year and a half, which of course damaged his kidneys beyond repair.”

Used with permission of Alta Magazine. For the remaining story, click here. 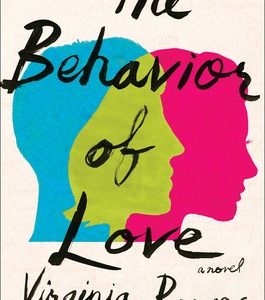 -Laura- I’ve taken a job at a little clothing store downtown. Just a couple of day shifts during the week. If the art class...
© LitHub
Back to top