The language of nationalism, when it surfaced in the United States in the 1830s, had less to do with feelings of national belonging than with the ongoing dispute between federal power and states’ rights. To be a nationalist meant to advocate for the power of the federal government. After the Federalist Party died, the National Republican Party, founded in 1824, briefly replaced it. Its members were known as the “Nationals,” and what they advocated was nationalism. When the National Party ticket did poorly in Massachusetts in 1831, one newspaper joked that “we might infer that ‘nationalism’ is in a bad way, even in Boston.”

Against nationalists stood both sectionalists, who opposed any call for an end to slavery as a violation of states’ rights, and native peoples, who refused to recognize the jurisdictional claims of the federal government. “This spirit of sectionalism must be supplanted with that of nationalism,” cried nationalists. Down with nationalism, cried sectionalists. “Everything, Mr. President, is running into nationality,” Virginia senator John Tyler fumed on the floor of the Senate in 1833. “You cannot walk along the streets without seeing the word on every sign—​national hotel, national boot-​black, national black-​smith, national oyster-​house.” All this was by way of introduction to Tyler’s argument, advocating states’ rights: “The Government was created by the States, is amenable by the States, is preserved by the States, and may be destroyed by the States; and yet we are told that it is not a Government of the States.”

And that, of course, was the crux of the matter. But much of this bluster about nationalism and sectionalism, federal power and states’ rights, was a way to avoid talking more about the actual, brutal matters at hand: the conquest of lands held for ages by indigenous peoples and the existence of people within the United States who were denied every possible protection offered by a nation-​state or, for that matter, a state-​nation, people held as property.

Inevitably, the age of national bootblacks and national oyster houses and national blacksmiths produced national history books. The first major history of the American nation, George Bancroft’s epic ten-​volume History of the United States from the Discovery of the American Continent to the Present, was published between 1834 and 1874. Bancroft served in the administrations of three U.S. presidents, including as secretary of the navy during the age of American expansion. He celebrated American democracy, the first democracy in the modern world, and also promoted the idea of “manifest destiny,” Americans’ sense of their God-​given right to cross the continent, seizing lands occupied by indigenous peoples and claimed by European nations from Russia to Spain to France. He wrote a history that tried to turn the state into a nation. To that end, he attempted to make America’s founding appear inevitable and its growth inexorable. He wanted to give a very young country an ancient past. That’s why he started not in 1776, when the United States declared its independence, which, arguably, is when anything properly called the “history of the United States” in fact begins, but in 1492, with “the Discovery of the Continent.” Bancroft wanted the nation to appear older to give it more dignity and more authority and also, simply, more history.

Early national histories always worked this way. Everyone has to push a cart uphill. What changes, from one nation to another, is the angle of incline and the length of the slope. The “French nation” was an invention, and to make it seem less so the French had to acquire an ancient past, one that erased or ignored all other distinctions. Normans, Alsatians, Protestants, Basques, Parisians, Jews, Muslims—​everyone within the boundaries of the state of France, no matter how they thought of themselves or what languages they spoke or what gods they worshipped—​were to now see themselves as “French” and, still more strangely, to believe that they always had been. Having created Italy, it was now necessary to make Italians, said the 19th-​century statesman Massimo d’Azeglio. Most Hungarians only found out that their nation had gotten its start in the year 896 ten centuries later. European immigrants to the United States often only learned that they belonged to a particular nation when they were asked to list a “nationality” on immigration forms.

The nationalism that George Bancroft set about cultivating in his History of the United States was part of this larger 19th-century project of sorting the world’s peoples into nationalities. Like Jedidiah Morse’s geography books and Noah Webster’s spelling books, Bancroft’s history aimed to promote a feeling of national attachment in a remarkably fast-​changing U.S. population, a population that experienced a rate of growth never before known in the history of the world, a population overwhelmingly made up of immigrants and the children of immigrants.

The United States was founded as an asylum and a refuge: a sanctuary. This was a form of patriotism. Thomas Paine in Common Sense called America “an asylum for mankind.” The Declaration of Independence cites, as one of the abuses of the king, his having discouraged and even prevented people from coming into the colonies by “obstructing the Laws for Naturalization” and “refusing to pass others to encourage their migrations hither.” “I had always hoped that this land might become a safe & agreeable Asylum to the virtuous & persecuted part of mankind, to whatever nation they might belong,” George Washington wrote in 1788. Thomas Jefferson in 1817 described the United States as offering “a sanctuary for those whom the misrule of Europe may compel to seek happiness in other climes.”

The idea of the United States as a sanctuary both mitigated American nationalism and strengthened Americans’ commitment to universalism. “We love our country, but not blindly,” the Unitarian minister William Ellery Channing proclaimed in 1823. “In all nations we recognize one great family.” “Nationality is a good thing to a certain extent,” Henry Wadsworth Longfellow wrote in 1849, “but universality is better.” Or, as Oliver Wendell Holmes would write in 1858, “We are the Romans of the modern world—​the great assimilating people.” It was this tradition on which Barack Obama drew, introducing himself to the American people in 2008. “I am the son of a black man from Kenya and a white woman from Kansas,” he said. “These people are a part of me. And they are part of America.” Obama’s American family—​Obama’s America—​was black and white and brown, and came from all over the world. “I have brothers, sisters, nieces, nephews, uncles and cousins, of every race and every hue, scattered across three continents, and for as long as I live, I will never forget that in no other country on Earth is my story even possible.”

Obama, of course, didn’t invent this idea, a civic and constitutional patriotism, however much his election realized its promise and his eloquence elevated it. The first part of Bancroft’s History of the United States is the story of the English people planting a new nation. But Bancroft also celebrated the United States as a pluralist and cosmopolitan nation whose history was that of a people descended not from a shared set of ancestors but from all the cultures of the world. “France contributed to its independence,” he observed, “the origin of the language we speak carries us to India; our religion is from Palestine; of the hymns sung in our churches, some were first heard in Italy, some in the deserts of Arabia, some on the banks of the Euphrates; our arts come from Greece; our jurisprudence from Rome.”

To love this particular nation is to love the world. This paradox lies within all forms of liberal nationalism. A liberal nation is a nation to which anyone who affirms its civic ideals belongs. 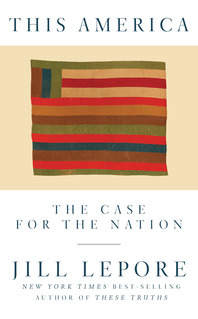 Excerpted from This America: The Case for the Nation. Copyright © 2019 by Jill Lepore. Used with permission of the publisher, Liveright Publishing Corporation, a division of W. W. Norton & Company, Inc. All rights reserved.

Jill Lepore is the Kemper Professor of American History at Harvard and a staff writer at the New Yorker.

What Silent Film Taught Me About Storytelling 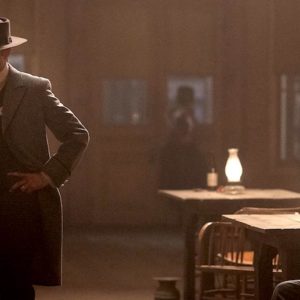 “Ten years gone, ‘proaching that self-same hill I thought to lay me down and rise no more,” says Calamity Jane in the opening...
© LitHub
Back to top
Loading Comments...