Tyler Malone on How a Series Should End

“Ten years gone, ‘proaching that self-same hill I thought to lay me down and rise no more,” says Calamity Jane in the opening soliloquy of Deadwood: The Movie. The hill she’s approaching is the one where her comrade-in-arms, Wild Bill Hickok, lay buried on the outskirts of Deadwood—now more than just a camp, a boomtown—but the same words could be said of the movie itself with only slight emendation. For us viewers, it’s been thirteen rather than ten years gone, as we approach this self-same hill, this peak of prestige TV, Deadwood, arguably the greatest and most literary series ever broadcast on American television.

It’s appropriate that the first words of the film mark the passage of time. David Milch, the creator of Deadwood and the primary author of its gutter poetry, “believes that time is ultimately the subject of every story,” according to a recent profile in The New Yorker.

Deadwood lasted three seasons from 2004 to 2006. Though the show received critical accolades, it never gained the audience that some of its more high-profile brethren did: The Sopranos, The Wire, Breaking Bad, Mad Men. Just days before the third season aired, word came that the show had been cancelled. The narrative threads that were intended to go on much longer were quickly cut by that third of the Fates, Atropos. Thus, we never got to see what was always looming, what the series was inevitably working towards: statehood for South Dakota and so-called progress in the burgeoning mining town of Deadwood.

On Friday HBO released Deadwood: The Movie, which finally gave the show its rightful send-off. I watched it multiple times over the weekend—not because I had any intention to write about it, but because I couldn’t quite let it go. I thought it better to not formulate my thoughts and feelings into words because I knew they’d fail me, as words are wont to do. While it’s true that writing can help clarify one’s ideas about a topic, it’s also true that by hitching one’s thoughts to a cart, by setting them in the stone mausoleum of an essay, they lose something, become less than what they are or could have been.

Language, as a series of symbols, always fails us. We are beckoned to participate in it because society is antithetical to silence. Culture is conversation. But that’s why any given society is prone to inevitable collapse too, because it is built upon the shifting sands of speech and language, symbol and ideology.

This, of course, is what Deadwood—both the show and its final film capstone—is about: society organizing itself around symbols to stave off the chaos. We can’t help but congregate around such symbols: gold, money, the cross, the flag, a badge, a state, a nation. We are forever destined to cluster into groups and form cultures, societies, civilizations, but these erections, built around false idols as they are, are doomed to their destruction.

But while language always fails us, that doesn’t mean it can’t glisten as it does so. In Deadwood’s three seasons and the just-released film, the language shimmers with flecks of gold. The cinematography is beautiful too, and the acting exquisite, but the words are what give Deadwood the edge over its prestige TV competitors. The teleplays are works of literature, the poetry of foul-mouthed cunts (in the parlance of the series).

Much has been written on the anachronistic use of fuck and cocksucker in just about every scene of the show, but historical accuracy is not a main interest of Milch. Like James Joyce, Milch and his writers weave poetry out of the filthy speech of the common man. They replaced the would-be goddamns and tarnations with more contemporary curses, but the emphasis is on the dirt and the grime of the language and the bits of gold that shine through.

Comparisons to Shakespeare have been commonplace since Deadwood first aired, a cliché reviewers repeat ad nauseum, but they do so because the connection is apt. Virginia Woolf saw Shakespeare’s mind as “mobilised and under control but with feelers left flying that sport and play with words so that the trail of a chance word is caught and followed recklessly.” Milch too has feelers left flying, his antennae never quite settling, ever on the move.

Like Shakespeare, for whom John Keats coined the term “negative capability,” Milch is a man “capable of being in uncertainties, mysteries, doubts, without any irritable reaching after fact and reason.” Miraculously, for a show about politics and ideology, Deadwood’s own politics and ideology are ambiguous, malleable, and ambivalent.

It’s not hard to imagine Deadwood as the tragedy Shakespeare would have written had he lived long enough to see the American experiment unfold and been hired to write about it for HBO. Some of its soliloquies, especially those Al Swearengen speaks to a decapitated Indian head in a box throughout the series, are as sublimely crafted and as existentially heavy as anything the Bard gave to Hamlet or Lear, Macbeth or Romeo.

But also Milch’s Shakespearean interest in puns and lowbrow humor injects the otherwise dark Deadwood with levity and absurdity. During the film’s first scene where Calamity Jane rides solo to town, she speaks of passing wind and complains of a blister on her left ass cheek. Later, E. B. Farnum does a little I-have-to-pee dance whilst George Hearst goes on and on about the inevitability of progress. The film knows what Hearst doesn’t seem to: that entropy is as inevitable as progress, and ultimately even more inevitable than progress.

Doc alludes to this when he confides to an ailing Swearengen: “I take us to be collections of cells, each aggregate a smaller, separate life inside us, and time slows, and finally stops.” Knowing that Milch wrote this final film while dealing with the creeping fog of Alzheimer’s gives lines like this an extra punch.

When Mark Singer, in that recent profile for The New Yorker, asked Milch whether, despite what Alzheimer’s was stealing from him, it had given him anything in return, Milch’s answer was: a continuous sense of urgency. “There’s an acute sense of time’s passage,” he told Singer.

In Deadwood: The Movie, Milch has managed to relay that acute sense of time’s passage to us, marking the “changes wrought by time, ingenuity, and invention,” but also tending to its wounds and lamenting its fallen. In this way, Deadwood: The Movie is an elegy—made only more so by the fact that this could be Milch’s last major artistic work. Come what may, Milch should be proud for having delivered a masterful conclusion to a masterful series. To borrow the words of one of his characters: “What a grand surprise after such a piece of time.” 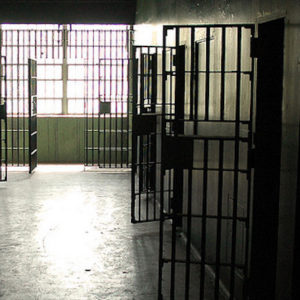 When I was a teenager, my father and I shared books. We didn’t share the physical copy, at least not often—my dad was serving...
© LitHub
Back to top