via University of Akron Press

The Poetic Half-Life of One Family’s Nuclear History

Tyler Mills on Her Grandfather's Role in the Bombing of Nagasaki

Maybe it was that summer afternoon at my kitchen table in the apartment I rented in Chicago. The AC unit thrummed in the window. John Hersey’s Hiroshima—a book-length version of his feature on atomic bomb survivors that the New Yorker had published as its entire issue on August 31st, 1946—lay open in front of me. My hands hot on the Formica table, I scoured Hersey’s pages for sentence fragments I could wrestle into a sonnet.

As I worked, I looked up and out of the glass pane. The telephone wires dangled a pair of sneakers that had been roosting there since spring. They waited through sun and rain for the wind to tug them off the line while I waded through pages and pages of documents, as though the tide of history would arrive and pull me into sense.

At some point, I had to reckon with the fact that the “truth” I sought wouldn’t look like what I had imagined. I remember thinking at that kitchen table, What are you hoping to find?

My grandfather had given my mother a military album that I would later discover included a photo of the Nagasaki cloud. A first-generation American whose parents met on the boat from Bohemia, my grandfather enlisted as a young man and initially even had to sign up under someone else’s name; as a result, his military records are tricky to find. Never one to talk directly about his role as a pilot in the Second World War, my grandfather instead told my siblings and I scraps of his story that I would eventually stitch together into an incomplete whole.

My grandfather was a mysterious person. He never liked to talk about what he did as a pilot in the Pacific; certainly, he never told me why he trained in Alamogordo, so close to where the Trinity bomb detonated just a month before the United States dropped 20,000 tons of force on two highly populated cities in Japan. He claimed to be in some way part of the Nagasaki mission. He was interviewed for a “special test,” which he wrote to his parents about. Was this that test? He told tell me he was interviewed to fly “the plane” and wasn’t chosen, but was up there that day.

Possessed by the fragmented stories I do have, the blacked out words in Atomic Energy Commission reports, the lists of birds that migrated through the test sites in Nevada in the 1960s all over America, declassified nuclear test videos I watched on repeat, and news of a radioactive leak at the Waste Isolation Pilot Plant in Carlsbad, New Mexico—a year before I moved to the northern part of the state—I began to hoard information about nuclear material. My poems became repositories of their own: of family lore, information fraught with the mystery surrounding the Manhattan Project, and reproductions of various atomic test clouds.

Poems can be eternal voices, always speaking through the void. What would it mean if the subject of these voices was ultimate destruction?

Poems can be eternal voices, always speaking through the void. What would it mean if the subject of these voices was ultimate destruction?

Hawk Parable may have originated with a family mystery I have not yet been able to solve. But the poems move beyond that story and into a larger exploration of how to grapple with an infinite substance that itself seems to eradicate any boundaries we might create for it.

When I began writing Hawk Parable during the Obama administration, the idea of nuclear annihilation seemed like a Cold War threat lodged safely—at least to us civilians—in the past. Now our leader brags about the size of our “nuclear button” and taunts the heads of unstable nations that are themselves not following the Comprehensive Nuclear Test Ban Treaty. I’m horrified at how quickly the nuclear threat has once again become part of our global consciousness.

As if to resolve the irresolvable, I created formal challenges for many of the poems that originated in my research. This required me, for instance, to massage the language of my grandfather’s letters or a WWII-era National Geographic article about how weather helped USAF fighters in the Pacific into pantoums—a poetic form that originated in Malaysia, a region familiar with the shadows of fighter jets crossing through the skies. “Cloud Cover,” a pantoum that incorporates language from the 1943 National Geographic article into its highly repetitive form, begins, “When is it time to bomb an island? / When clouds stretch into anvils? Or white veils? Or mare tails?” The book probes questions like this and aims to position the reader in a time and place where it seems like what happened can be undone.

My poems are not projects, though Hawk Parable might seem like—or perhaps even is, if one buys into that kind of classification—a “project book.” What does it take for an obsession to become a project? Is personal grief a project? Or other kinds of loss? Loss of historical information, landscapes, environments? What about the loss that comes with world-breaking levels of destruction?

I’m horrified at how quickly the nuclear threat has once again become part of our global consciousness.

I asked these questions again and again while researching and writing the poems of Hawk Parable, and in doing so, found myself face to face with the heart of what poetry does: reconciles loss with even more loss.

History can break under the weight of misinformation, gaps, even the very holes in a computer punch card used to record the isotope number of a radioactive substance in the Los Alamos Laboratory during a time that the United States exploded bomb after bomb in the desert and in the Marshall Islands. Communities left their homes in the Bikini Atoll after having been promised by American scientists that they could return. Radioactive substances drifted up and away, about a two-hour drive from the strip in Las Vegas.

My journey in writing Hawk Parable led me to the craft of personal history: what it means to uncover humanity, and the self, in the midst of received stories and our role in making them. 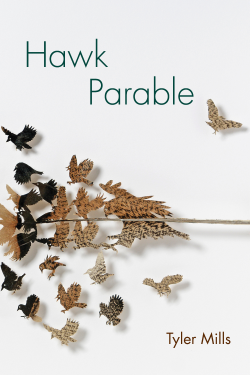 Tyler Mills’s Hawk Parable is out now from University of Akron Press.

Tyler Mills is the author of two books of poems, Hawk Parable (winner of the 2017 Akron Poetry Prize) and Tongue Lyre (winner of the 2011 Crab Orchard Series in Poetry First Book Award). Her poems have appeared in The New Yorker, The Guardian, and Poetry, and her essays have appeared in AGNI, Copper Nickel, and The Rumpus. The recipient of residencies from Yaddo, Ragdale, and the Vermont Studio Center, and scholarships/fellowships from Bread Loaf and Sewanee, the Chicago native is an assistant professor at New Mexico Highlands University, editor-in-chief of The Account, and a resident of Santa Fe, New Mexico.

The Painful, Powerful Legacies of Stonewall in 2019 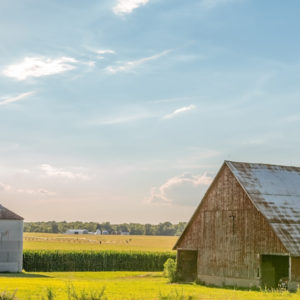 Featuring Sarah Smarsh's Heartland, Melissa Rivero's Affairs of the Falcons, and more, this month, Kendra, Autumn, and Jaclyn...
© LitHub
Back to top