TODAY: In 1908, Simone de Beauvoir is born in the 6th arrondissement of Paris, France.

Has the Parent Plot supplanted the Marriage Plot? Peter Ho Davies reflects on the new coming-of-age moment • Daniel Simpson goes deep into the chakras, an oft-misunderstood aspect of yoga • Lore Segal grapples with the perennial question, “Where do you get your ideas?” • On teaching a bird to fly • Nuala O’Connor considers the interior life of Nora Joyce • Randon Billings Noble on the tricky business of rendering epiphanies in nonfiction • Danielle McLaughlin on what goes into a writers notebook • Devon Price examines the “Laziness Lie” at the heart of the American myth • Koa Beck: Why don’t advertisers target queer women? • Camilla Pang on wave patterns as personality types • A poem by Kaveh Akbar • Arthur Miller on the surreal, ideological violence underlying the 1968 Democratic Convention • The early women pioneers of trail hiking •

Watching Cuties, teaching Lolita, and examining moral panic • How to build an antiracist workshop • Andrew Blauner considers the enduring lessons of “Peanuts” • Daniel Lieberman has some ideas on how to make exercise more fun • Tom Vanderbilt learns to sing in his fifties • English teacher Heather Clark about creating spaces for creativity, even amid a pandemic • The quotidien uses of the fourth dimension, revealed!

A new Andy Weir space thriller, the latest in Martha Wells’ Murderbot series, and an epic West African fantasy all feature among the most anticipated sci-fi and fantasy books of 2021 • A Little Life, The Second Sex, 10:04, and more rapid-fire book recs from Follow Me to Ground author Sue Rainsford • From the archives: a classic review of Zora Neale Hurston’s Their Eyes Were Watching God • Frog and Toad, Rebecca, Beloved, and more rapid-fire book recs from Jenn Shapland • New titles from Robert Jones Jr., Eley Williams, Peter Ho Davies, and Gretel Ehrlich all feature among the Best Reviewed Books of the Week

From Al Qaeda to QAnon: Rebecca Solnit on the Inside Job at the Capitol 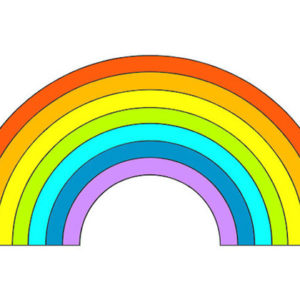 As I was scrolling through Lit Hub's massive 2021 preview, I noticed something: Rainbows. Specifically, several books featuring...
© LitHub
Back to top