From Al Qaeda to QAnon: Rebecca Solnit on the Inside Job at the Capitol

Another American Day That Will Live in Infamy

One way to understand the enormity of what happened in the nation’s capitol Wednesday is to remember another terrible and historic day in 21st-century American history. The differences are immense and instructive: 9/11 was an outside job, and though the loss of life and material destruction was immense, we as a nation had a lot of choices about what to do. Or should have: a second hijacking took place when the Bush Administration treated the outsize impact of a small terrorist group as an excuse for nation-to-nation war and went first to Afghanistan and then to Iraq to kill, in the end, hundreds of thousands at a cost measured in trillions, cracked down on freedoms at home, demonized Muslims, and built the surveillance superstate that Edward Snowden revealed.

It was clear from the beginning that for the Bush Administration the American public was the main enemy to subjugate, and wartime patriotism and fearmongering the prime tools. The initial public response to the disaster was widely generous, altruistic, openminded, interested in understanding what the grievances in the Middle East were. Shutting those minds and hearts and swapping out generosity for fear and hate was the first order of the day. It was this response that was the more substantive attack on the American people. It bolstered the right and built xenophobia, paranoia, militarism, and machismo as right-wing identity enhancers. It encouraged vicious attacks on people of color, especially those who were perceived (correctly or otherwise) to be middle-eastern. There were racist murders.

In a way it led to this moment. It’s worth remembering that the plane that passengers forced to crash in Pennsylvania was headed for DC, possibly for the Capitol building. The 9/11 report declares, “Bin Laden told Binalshibh to instruct Atta and the others to focus on their security and that of the operation, and to advise Atta to proceed as planned with the targets discussed before Atta left Afghanistan in early 2000—the World Trade Center, the Pentagon, the White House, and the Capitol.” 9/11 happened because of security failures in airports and in the Bush Administration, which dropped the ball the Clinton Administration tried to hand them, ignoring warnings.

The idea of this raid and the appetite for it were whetted at one end by the president and at the other by QAnon.

January 6 happened because of security failures, most notably on the part of the Capitol police, and whether they could not bring themselves to recognize that white men were a serious threat or whether some sort of collusion or suppression of response was orchestrated from above is something I hope a thorough investigation akin to the 9/11 report finds out. But there is no ambiguity: this was an attack on the US government fomented by another branch of that government in order to disrupt and subvert the orderly workings of government and hijack an election. It too was an attack on the American people and our rights and laws, timed to reject the election results and the will of the people.

The Bush Administration continued to cozy up to the Saudi government, whose nation had begotten most of the terrorists who hijacked those four planes, and in a still-unexplained breach of the grounding of all other aircraft, elite Saudis were allowed to fly out of the country immediately after the attacks. The US military did nothing of note that day; the only successful defense was by the passengers on Flight 93 who hijacked the hijackers and crashed the plane in a field in Pennsylvania. Had they not, the Capitol might have gone the way of the World Trade Towers that day. Instead it lived to see the day when a mob egged on by a criminal president invade the structure and terrorized those within. The Confederate flag was carried through its premises, the flag of an old attack on this country and its (often jettisoned and besmirched but still significant) ideals of equality.

It’s worth noting Rudy Giuliani had a role in both events. Had he not, as a political favor from a future donor, decided to situate New York City’s terrorist response center in the city’s only location previously targeted by terrorists, it would not have been destroyed. He would’ve been in a command center instead of strutting on the streets because there was no command center. He lionized the emergency responders and helped kill a lot of them by cooperating with the Bush Administration’s cover-up of how toxic the air was as the towers smoldered. At the Trump rally that launched the assault on Congress, Giuliani was there, calling for “trial by combat.” Giuliani plays the role of Bin Laden here, or rather Trump does, with Giuliani his lieutenant, dispatching attackers.

People forget that Clinton-era 1990s America was full of a similar right-wing movement of militias and conspiracy theories about one-world governments equipped with black helicopters. It never reached the pitch of the current cults and would-be armies, but it had a lot in common with them. Timothy McVeigh’s 1995 bomb attack on the Oklahoma Federal Building, whetted by this rhetoric and paranoid conspiracy theories, killed 168 people and injured hundreds more. This didn’t make them back off, but 9/11 did in some way, because demonizing government workers was suddenly no longer working for them. Or because George Bush as a war leader represented their vision of the world and their craving for militaristic manhood well enough.

This was an attack on the US government fomented by another branch of that government in order to disrupt and subvert the orderly workings of government.

What happened Wednesday was different from 9/11, in the way that being grabbed by a would-be rapist you know might be different than being hit by a stranger’s car. This was an inside job, fomented by a corrupted and radicalized Republican Party, and a mob intent on attacking the symbols, the leading Democratic individuals, and the Constitutional processes underway in that structure. They smeared excrement, left graffiti, took souvenirs, smashed mirrors and glass, attacked journalists and killed a policeman. It seems more than possible that some among them hoped to attack, violently, possibly fatally, Democratic politicians, and they had their own fanatics.

QAnon preached a day of consummation and vengeance called The Storm, a day in which all Democratic leaders would be slaughtered. As Business Insider reported, “‘The Storm’ is a resonant phrase at the heart of QAnon, the sprawling online conspiracy movement that baselessly claims that President Donald Trump is working to dismantle a network of elite child-abusers who run world affairs. They see The Storm as a day of violent retribution, when Trump’s enemies in the Democratic Party and those they regard as traitors in the Republican Party will face mass executions.”

It seems quite likely that some in the furious crowd, which was a mix of goofballs and commandos, including ex-military men and women, were coming for exactly that purpose. They roughed up journalists badly enough that those journalists feared they might be killed. What they would have done had they gained access to Nancy Pelosi or other Democrats is gruesome to imagine. The idea of this raid, and the appetite for it, were whetted at one end by the president and at the other by QAnon and the breeding of rage, delusion, paranoia and entitlement both fed. Republicans have for decades been having it both ways—running the government and insisting that they were radical outsiders there to abolish the government. The logical conclusion of all that is what Latin Americans call the autogolpe, the self-coup in which an elected leader seizes power and shakes off all accountability.

But there will be accountability, if we demand it strongly enough. This time as last time, the catastrophe will be what we make of it. May we not let the story get stolen again.

Author’s note, February, 2021: The analysis in the pieces I wrote in the immediate aftermath of 1/6 was drawn from early reporting and documentation suggesting that the Capitol police did not take the threat seriously beforehand and were unduly friendly toward the attackers as the coup attempt unfolded. Later reporting and footage demonstrates how they were denied requested assistance by Trump-aligned officials, notably by extraordinary restrictions placed on the National Guard by the Pentagon, and that many officers fought valiantly for hours in a brutal conflict, in which well over a hundred Capitol police were injured. The apparent friendliness in some cases may have been the response of overwhelmed defenders, though in others questions remain. The underlying problems of unequal treatment under the law and white-supremacist threats and violence being ignored and dismissed for decades remains. 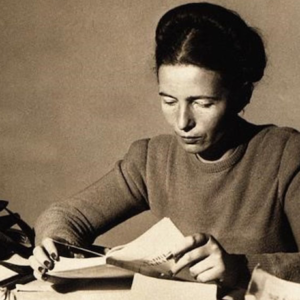 Lit Hub Weekly: January 4 - 8, 2021 The coup attempt was not a surprise—some readings on how we got here: Rebecca Solnit on the natural culmination...
© LitHub
Back to top