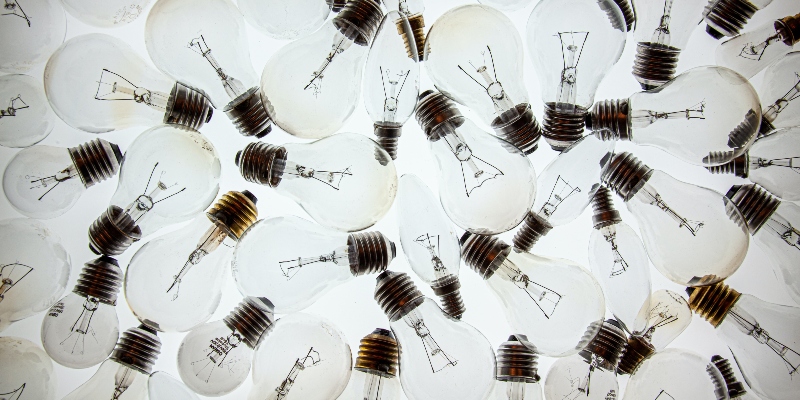 How to Render Epiphanies in Nonfiction Without Getting Didactic

Randon Billings Noble Considers Moments of Clarity Between the Lines

In 1939, at the urging of her sister and as a break from writing a biography of art critic Roger Fry, Virginia Woolf started drafting her memoir, which she later titled “A Sketch of the Past.” It begins with a simple moment:

Simple, but also profound: a moment of being—of awareness, of feeling, of knowledge, of clarity. Such moments, Woolf acknowledges, are rare: “Every day includes much more non-being than being.” But every so often there is a shock that lifts us out of what she calls the “nondescript cotton wool” of daily life.

In fiction, especially in short stories, we’re used to these moments of clarity rendered as epiphanies. James Joyce is famous for them: when Gabriel at the end of “The Dead” feels a shift in his relationship with his wife; when the narrator of “Araby” recognizes his lack of self-knowledge: “I saw myself as a creature driven and derided by vanity; and my eyes burned with anguish and anger.”

The word epiphany, from the Greek for “manifestation,” originally described the revelation of the Christ child to the Magi—in the Christian tradition, the turning point of all things, a light shining in the darkness, a moment of the utmost being.

That kind of revelation is a lot for a short story to contain, and even more for a whole tradition of short stories to contain. As Charles Baxter argues, “To adapt this solemn moment for literary purposes . . . was a Promethean gesture: It was an attempt to steal the fires of religion and place them, still burning, in literature.” This is a powerful move for a writer to make, and Baxter is suspicious of it.

A truth you discover for yourself will always be more powerful than a truth someone else tries to impose upon you.

The title of the 1997 essay in which Baxter makes this argument is, perhaps unsurprisingly, “Against Epiphanies.” He worries about their prevalence, that there are too many of them. “Some of the most beautiful stories ever written, at least in the last 150 years, follow this pattern” of epiphanies, he observes, but “the mass production of insight, in fiction or elsewhere, is a dubious phenomenon.”

As in fiction, so too in nonfiction. When I teach essay writing—whether creative or academic—I veer away from the term thesis because it all too often forces the writer to conclude with an epiphany: “Therefore I have learned . . .”; “From this experience I realized . . .” (Can you imagine Gabriel Conroy thinking a sentence like this at the end of “The Dead”?) Yes, of course, in an essay you can (try to) prove a thesis; you can argue a point; you can make claims and back them up with evidence. But an essay can also muse, warn, wonder, wander, teach, play, lilt, explore, or, in the words of Jane Alison, meander, spiral, explode.

In fact, when Woolf writes of her epiphanies in “A Sketch of the Past,” they aren’t conclusions, but rather invitations to more thought. The first, she writes, happened when she and her brother were fighting.

“Just as I raised my fist to hit him, I felt: why hurt another person? . . . I remember the feeling. . . . It was as if I became aware of something terrible; and of my own powerlessness.” Another is more positive: “I was looking at the flower bed by the front door; ‘That is the whole,’ I said. . . . It seemed suddenly plain that the flower itself was a part of the earth; that a ring enclosed what was the flower; and that was the real flower; part earth; part flower. It was a thought I put away as being likely to be very useful to me later.”

Mary Ruefle has a similar moment of clarity in her essay “I Remember, I Remember”:

I remember—I must have been eight or nine—wandering out to the ungrassed backyard . . . and seeing that the earth was dry and cracked in irregular squares and other shapes and I felt I was looking at a map and I was completely overcome by this description, my first experience of making a metaphor, and I felt weird and shaky and went inside and wrote it down: the cracked earth is a map. Although it only takes a little time to tell it, and it is hardly interesting, it filled a big moment at the time, it was an enormous ever-expanding room of a moment, a chunk of time that has expanded ever since and that my whole life keeps fitting into.

In such moments, as Baxter writes, “the truth of things is so overpowering that one simply has nothing to do and nowhere to move.” They’re like the dolly-zoom effect in film, where, at a climactic moment, we are drawn into a character’s (usually stunned) face as the background seems to recede away.

But later, in writing, these moments can be revisited and examined. “As one gets older,” Woolf writes, “one has a greater power through reason to provide an explanation; and . . . this explanation blunts the sledge-hammer force of the blow. . . . [I] suppose that the shock-receiving capacity is what makes me a writer.”

We can’t feel that enormity all the time. We can’t always be lit by Promethean fire.

To write these experiences takes a deft touch. One way to stay light handed is to reveal the experience—the sound of waves, the needless fight, the wholeness of a flower, the cracked earth map—but to allow the epiphany, as Sarah Einstein has put it, to happen “off the page and in the reader’s mind.” Dinty W. Moore shows us why this is such a powerful move in his essay “Rivering.” Searching for a way to express and teach “the intuitive vapor of emotion, metaphor, image, and idea that makes a piece of creative nonfiction—an essay, a memoir—more than just a collection of scenes or observations, something greater than the sum of its many parts,” he explains, he chose the term “invisible magnetic river.” Why invisible?

Because thesis sentences are dull, flat, and awkward.
Because once you say a thing out loud it will often become less potent.
Because a truth you discover for yourself will always be more powerful than a truth someone else tries to impose upon you.
Because in an essay . . . the truth is sometimes not in the words, but between them, in the permeable tissue that runs from moment to moment.

This permeable tissue—all those linked moments of being—shows us who we are, what we think, and how we feel. Woolf believed that “behind the cotton wool [of everyday life] is hidden a pattern; that we—I mean all human beings—are connected with this; that the whole world is a work of art. . . . We are the music; we are the thing itself.” We can’t feel that enormity all the time. We can’t always be lit by Promethean fire.

But every so often, a shock reveals that hidden pattern. In life, it’s out of our control; it comes when it wills. But in writing, with skill and attention, we can sometimes evoke a singular moment of clarity—a manifestation, a shining forth of pure being, a transcendence of life’s nondescript cotton wool—for our readers.

Here are some moments of clarity that . . .

Are strong but unspoken:

From “Chop Suey” by Ira Sukrungruang

My mother grabbed my hand and took one step toward the man. In that instant, I saw in her face the same resolve she had when she spanked, the same resolve when she scolded. In that instant, I thought my mother was going to hit the man. And for a moment, I thought the man saw the same thing in her eyes, and his smile disappeared from his face. Quickly, she smiled—too bright, too large—and said, “You’re welcome.”

From “First” by Ryan Van Meter

To be back here in the dark, private tail of the car suddenly feels wrong, so Ben and I each scoot off to our separate sides. . . . No one speaks for the rest of the ride. We all just sit and wait and watch our own views of the road—the parents see what is ahead of us while the only thing I can look at is what we have just left behind.

From “The Love of My Life” by Cheryl Strayed

If this were fiction, what would happen next is that the woman would stand up and get into her truck and drive away. It wouldn’t matter that the woman had lost her mother’s wedding ring, even though it was gone to her forever, because the loss would mean something else entirely: that what was gone now was actually her sorrow and the shackles of grief that had held her down. . . . She would realize this and get on with her life. . . . The story would end, and you would know that she was the better for it. That she was wiser, stronger, more interesting, and, most of all, finally starting down her path to glory. . . . I would have given you what you wanted then: to be a witness to a healing.

But this isn’t fiction. Sometimes a story is not about anything except what it is about.

That happen off the page entirely:

From “A Young Man Tells Me” by Sarah Einstein

. . . that he’s fallen in love with the honey-haired girl in our class, and that if it’s okay with me, he’d like not to have to talk today because now he’s afraid he might say something dumb.

. . . that he feels helpless in the face of so much injustice in the world, and that he wonders what he can do to try to make things better. I invite him into my office and make him a cup of tea.

. . . that when he was a child, his father used to punch him in the arm when he cried, saying “Don’t be such a pussy,” and that he thinks the problem is that the rest of us are snowflakes who could use a good punch now and then to toughen us up.

. . . that he cries every time that damn animal rescue commercial comes on TV.

That you can watch:

The video essay “The Spielberg Face” by Kevin B. Lee, which literally shows “the perpetual wonder of seeing things new.” 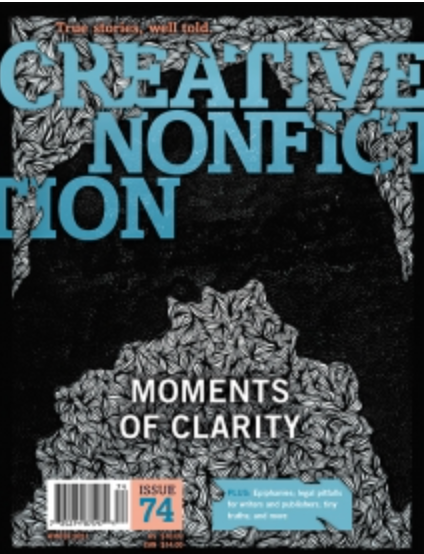 From the Winter 2021 issue of Creative Nonfiction.

Randon Billings Noble is an essayist. Her collection Be with Me Always was published by the University of Nebraska Press in March 2019, and her anthology of lyric essays, A Harp in the Stars, is forthcoming from Nebraska in 2021. Other work has appeared in the Modern Love column of the New York Times, the Rumpus, Brevity, Fourth Genre, and elsewhere. Currently, she is teaching in the West Virginia Wesleyan low-residency MFA program. She is also the founding editor of the online literary magazine After the Art.
https://randonbillingsnoble.wordpress.com/ 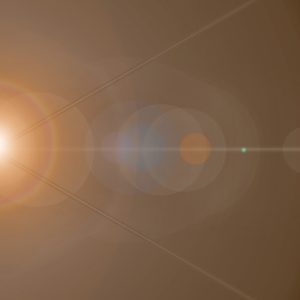 It might have been a long time ago, but I’m willing to bet you can remember going to the park as a child and racing to the playground...
© LitHub
Back to top
Loading Comments...