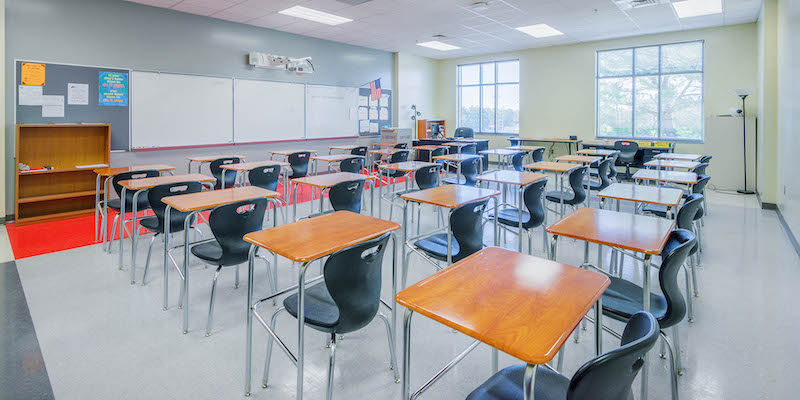 How Teachers Can Foster a Space of Curiosity

Halfway through this pandemic school year, there is something between a collective wail and sigh from students, parents, and teachers alike. We are strained and stressed. There is so much work to be done, and so many kids to help, but frustrations frazzle even the most patient of us. We’ve all heard the refrain—it will get better at some point—but that doesn’t help us as we somnambulate through virtual classes and meetings. We’ve tried it, and it is trying.

It helps to have teachers like Heather Clark, who tells me that she keeps teaching because she wants to help kids recognize that “they’re capable of more than they think they are, but their worth isn’t determined by what they accomplish.” This is why teachers should talk with other teachers: we need these gentle revelations.

Clark teaches at Covina High School in Los Angeles County, home to slightly over a thousand students. The school was originally founded in 1897, in the early stages of the region’s thriving citrus industry—when orange, lemon, and grapefruit trees peppered the land at the foothills of the San Gabriel Mountains. The school’s present location, opened in 1957, is only a few minutes away.

Clark is in her sixth year at Covina, but started her teaching career in Rialto, within San Bernardino County, where she assisted a teacher who soon went on maternity leave—and then took over her classes. She then taught for seven years in Whittier, before teaching in both public and charter schools in Milwaukee, Wisconsin. She returned to California and taught at Point Loma Nazarene University for several years, before arriving at Covina.

Teaching has been a constant in Clark’s life for the past 20 years because she feels comfortable “breaking down concepts into simpler terms and scaffolding to bigger tasks,” which is essential for teaching new material to kids. Unfortunately, teachers—myself included—sometimes forgot that we arrived at our current expertise in bits and pieces: a meandering accumulation of reading, thinking, failure, and discovery. Clark offers a good reminder to not only offer students a ladder, but to help them up the first few rungs.

Halfway through this pandemic school year, there is something between a collective wail and sigh from students, parents, and teachers alike.

Her time spent teaching college has helped put into perspective the disparity between how writing is taught in high school and college. “I think high school teachers need to loosen the reigns a little and teach students how to let their actual curiosity and what they find as they pursue their questions guide their research and their writing process,” Clark says. “I think that would lay the groundwork for students understanding that the purpose of writing in college is to figure something out, rather than do the absolute minimum effort to check the boxes on the rubric.” She acknowledges that this is no easy task when high school teachers are charged with nearly 200 students a year, but the absence of authentic inquiry can make students view writing as labor rather than as a means of discovery.

One way that she encourages such discovery is the pop culture unit with her junior-year students. They begin with a class discussion, where students are given “categories of pop culture; we brainstorm what’s currently popular in those categories, and then we go back and consider what those things tell us about our society.” Her kids don’t need much prompting to offer their thoughts on how “social media encourages them to put on a mask instead of being who they really are, and about how celebrity culture pushes the idea that wealth and luxurious lifestyles are a large factor in happiness,” but also “that they’re excited about how social media is giving them platforms to educate the world on injustice and appreciating diversity.”

So often in the classroom we merely need to give students a safe and encouraging space to generate ideas. Once students recognize that their experiences are often manifestations of deeper concerns, they become more engaged with the material. Clark then gives students “My Zombie, Myself,” a deft essay by Chuck Klosterman on horror films, technology, and culture. I use the essay with my own composition students, and it is a model of how a writer’s thinking evolves through writing. Klosterman begins by showing how the viewership of The Walking Dead dwarfed that of Mad Menduring a comparable week. He then wonders why “mainstream interest in zombies has steadily risen over the past 40 years,” despite the fact that zombies can’t evolve too much—or else they stop being zombies. The rising cultural interest in zombies forces Klosterman to consider that the tendency for us to see depictions of unconscious fears in horror films has given way to “allegories of how [our] day-to-day existence feels.” We’ve replaced the fear of wolf-like midnight howls with the unending onslaught of emails and digital requests. Our “collective fear projection” now is “that we will be consumed”—electronically.

So often in the classroom we merely need to give students a safe and encouraging space to generate ideas.

It’s the type of essay that appeals to kids who love zombies and horror—but even those who don’t. What might seem like a superficial topic is, in the hands of the right teacher, the opportunity for true reflection. But none of it can happen unless students want to be part of the conversation. As Clark notes, “if you aren’t enjoying the lesson, why would you think that [students] would?”

Although she admits “there are times during each school year when the stress or the politics get to me and I contemplate changing careers,” she remains a teacher because she believes “that every kid wants to learn, and I want them to learn, so I do whatever I can to help them access the learning.”

“Instead of seeing school as a box that I need to force kids to fit into,” Clark says, “I want education to fit each of them. I’m endlessly patient and gracious—until I can see a kid needs a boundary for their own benefit.” That’s not only solid pedagogy, but the mark of a good person—a template that we might all consider using in the classroom, pandemic or not. 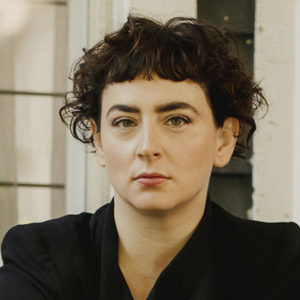 This week on The Maris Review, Kate Zambreno joins Maris Kreizman to discuss her book Drifts, out now from Riverhead. * On...
© LitHub
Back to top