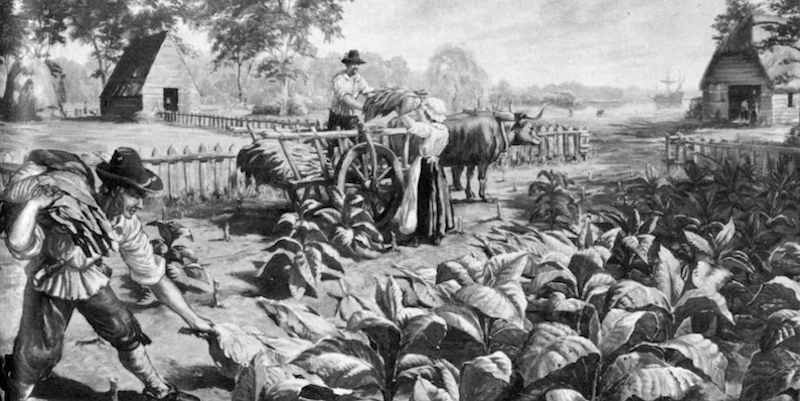 Devon Price Wonders Why We Equate Sloth With Evil

The Laziness Lie is deeply embedded in the very foundation of the United States. The value of hard work and the evils of sloth are baked into our national myths and our shared value system. Thanks to the legacies of imperialism and slavery, as well as the ongoing influence that the United States exerts on its trade partners, the Laziness Lie has managed to spread its tendrils into almost every country and culture on the planet.

The word “lazy” first appeared in English around 1540; even back then, it was used in a judgmental way to mean someone who disliked work or effort. Many etymologists believe it came from either the Middle Low German lasich, which meant “feeble” or “weak,” or from the Old English lesu, which meant “false” or “evil.” These two origins illustrate the odd doublespeak at work whenever we call someone lazy. When we say someone is lazy, we’re saying they’re incapable of completing a task due to (physical or mental) weakness, but we’re also claiming that their lack of ability somehow makes them morally corrupt. It’s not that they’re tired or even dispirited in some way we might sympathize with; the word implies that they’re failures on a fundamental, human level. The idea that lazy people are evil fakers who deserve to suffer has been embedded in the word since the very start.

One of the major factors that caused the Laziness Lie to spread throughout the United States was the arrival of the Puritans. The Puritans had long believed that if a person was a hard worker, it was a sign that God had chosen them for salvation. Hard work was believed to improve who you were as a person. Conversely, if a person couldn’t focus on the task at hand or couldn’t self-motivate, that was a sign that they had already been damned. This meant, of course, that there was no need to feel sympathy for people who struggled or failed to meet their responsibilities. By lacking the drive to succeed, they were displaying to the world that God hadn’t chosen them for Heaven. When the Puritans came to colonial America, their ideas caught on and spread to other, less pious colonists. For many reasons, a belief system that judged and punished the “lazy” was about to become very popular—and politically useful.

A belief system that punished the “lazy” was about to become very popular—and politically useful.

Colonial America relied on the labor of enslaved people and indentured servants. It was very important to the colonies’ wealthy and enslaving class that they find a way to motivate enslaved people to work hard, despite the fact that enslaved people had nothing to gain from it. One powerful way to do so was through religious teachings and indoctrination. A productivity-obsessed form of Christianity evolved from the older, more Puritanical idea that work improved moral character, and it was pushed on enslaved people. This form of Christianity taught that suffering was morally righteous and that slaves would be rewarded in Heaven for being docile, agreeable, and, most important, diligent.

On the flip side, if an enslaved person was slothful or “lazy,” there was something fundamentally corrupt and wrong with them. Enslavers made it a point to keep enslaved people as busy and exhausted as possible out of fear that idle time would give them the means to revolt or riot. Even more disturbing, enslaved people who tried to run away from bondage were seen as mentally ill and suffering from “runaway slave disorder.” By not accepting their proper role in society, they were demonstrating that they were broken and disturbed. This worldview became the foundation for American capitalism.

The Laziness Lie had been born. It would quickly spread to other marginalized people, including indentured servants, poor white laborers, and Native Americans who had been forced into government boarding schools. These exploited groups were also taught that working hard without complaint was virtuous, and that desiring free time was morally suspect. As the Industrial Revolution changed the landscape of the country, with more and more Americans working long hours in manufacturing plants, the Laziness Lie was pushed even more. The wealthy and highly educated began to claim that poor whites also couldn’t be trusted with “idle” time. In fact, too many breaks could make a person antisocial. Propaganda from that time often claimed that if the working poor weren’t kept busy, they would resort to crime and drug use, and society would run amok. Laziness had officially become not only a personal failing but a social ill to be defeated—and it has remained that way ever since.

We can see the dogma of the Laziness Lie in popular media from that period as well. In the late 1800s, the writer Horatio Alger published numerous stories in which struggling, impoverished characters were able to rise into the upper classes through hard work. The popularity of these books led to the idea that poor people simply needed to “pull themselves up by their bootstraps” if they wanted to live a comfortable life. In the 1950s and beyond, Evangelical preachers promoted a similar idea with the Prosperity Doctrine, which claimed that if a person devoted their life to serving Jesus, they would be rewarded with bountiful job opportunities, wealth, and success.

Decades of exposure to the Laziness Lie has had a massive effect on our public consciousness.

In the decades that followed, the Laziness Lie found its way into countless films, plays, and TV shows. From the national myths of Paul Bunyan and Johnny Appleseed to the strong, independent cowboys on the silver screen to the memoirs of entrepreneurs like Conrad Hilton, one of the most prevalent legends in American culture became the tale of the single-minded, hardworking man who had created his own success and changed society through sheer force of will. In these stories, the hero is always a strong white man who doesn’t need the support of anyone else; he’s usually a bit of a social island, with no close connections to other people and a disregard for society’s rules in general. In every way, he’s the picture of independence, and it’s through his strong personality and doggedness that he succeeds. These myths, though inspiring and appealing to many, carried with them a dark implication: if a person didn’t succeed, it was because they weren’t doing enough.

For people who believe in the Laziness Lie, things like economic reform, legal protections for workers, and welfare programs seem unnecessary. Those who want to succeed just need to pull themselves up by their bootstraps, after all. Research from the past three decades consistently shows that a majority of Americans do, in fact, think this way. For many of us, our first instinct is generally to blame a person for their own misfortune, especially if we can pin that misfortune on laziness. Research also shows that when we believe the world is fair and people get what they deserve, we’re less likely to support social welfare programs and have less sympathy for poor people and their needs.

Much like the parents I’ve seen discouraging their children from giving money to homeless people, many Americans believe that generosity, compassion, and mutual aid is “wasted” on the lazy. Furthermore, if we believe the world was created solely by independent people, we may come to think that there’s no need for us to be interdependent and compassionate. We may even come to see relying on other people as a threat to progress.

Decades of exposure to the Laziness Lie has had a massive effect on our public consciousness. It’s made many of us critical of other people and quick to blame the victims of economic inequality for their own deprivation. It’s made us hate our own limitations, to see our tiredness or desire for a break as signs of failure. And it has created an intense internal pressure to keep working harder and harder, with no limits and no boundaries. The rise of social media and digital work tools has only made these pressures harder to escape. 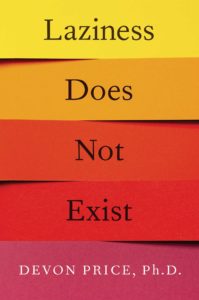 From Laziness Does Not Exist © copyright 2020 by Devon Price. Published by Atria Books, a division of Simon & Schuster. Reproduced by permission.

Dr. Devon Price is a social psychologist, writer, activist, and professor at Loyola University of Chicago's School of Continuing and Professional Studies. Price's work has appeared in numerous publications such as Slate, The Rumpus, NPR, and HuffPost and has been featured on the front page of Medium numerous times. They live in Chicago, Illinois. 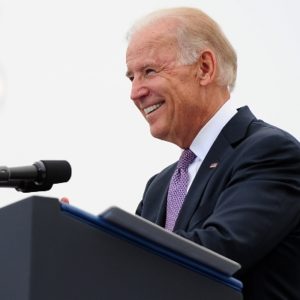