Timothy Denevi Reports from the Streets of DC

It was overcast, cold and damp. I arrived at Wednesday’s rally an hour before Donald Trump was scheduled to speak. The crowd, packed along the low rise of the hill between the Washington Monument and Constitution Avenue, numbered in the many thousands. MAGA banners and Confederate flags cracked in the high wind, flattening across the unbroken plain of the Mall.

With my mask obscured behind a heavy scarf, I realized that I did not, for once, stick out; that, for the first time in the many months since I began my reporting, I was stepping out into a crowd of Trump’s Covid-denying supporters under a shelter of anonymity.

The turnout was larger than I’d anticipated. The president’s supporters were predominantly white and from out of town, mostly between the ages of maybe 25 and 60. Against the steady Potomac chill they huddled together in hunting jackets and MAGA leggings and elaborately knitted caps. I made my way toward the stage and its enormous screens. It was slow going, and eventually settled at a point between the Monument behind me and the Ellipse below. Like everyone else, all I could do was wait.

Behind me, someone lit a cigarette. To my left, I watched a  huddle of friends pass around a joint and heard, from a place out of view, a man’s voice, in poor Cheech and Chong pantomime, call out to them, “Hey man, pass that stuff to me!” To my left, a group of women in matching “Latinas for Trump” hats, laughed. One of them said something about drug cartels and Communism. Another nodded, saying, “Obama’s behind the whole thing. All the killing in the south, in Las Vegas. That’s Obama!” Someone else added, “He released the tapes today. General Flynn.”

Joe Biden was a Communist agent, a puppet for China, who’d stolen the election to implement national socialism. Mike Pence was part of the plot too, a traitor.

I couldn’t tell if this was actually part of the same conversation, but in the end I knew it didn’t really matter. Lately I’ve become a fan of the podcast QAnonAnonymous, which I highly recommend, and for the next half hour I listened to the people around me exchange brief, conspiratorial fragments like, “Trump should have dropped the bomb a week ago.” And: “I was there too, they put them in foreclosure houses!” And: “I’m talking about bloodshed. It’s here. Listen: this country will come apart.”

After a while I noticed that, off to my left, a trio of handwritten signs were twirling slowly in the wind, the letters blocked together from one end to the next.

HEY GLOBALISTS, YOUR TECHNOCRAT LED GREAT RESET NEW WORLD ORDER WILL FAIL! WE WILL KILL AND DEPOPULATE YOU ALL.

COVID-1984 IS A PLANNED HOAX. THE NEW WORLD ORDER + GLOBAL “ELITE” IS THE ACTUAL VIRUS. THEIR BLOOD DEATH IS THE CURE.

By now it’d been more than an hour since I’d arrived. Already Trump was long overdue. Suddenly I found myself reminded of another crowd, the one from the inauguration four years earlier: Christian conservatives and sleek businessmen and small-town party apparatchiks who, as the newly elected president droned on about American carnage, pressed against one another in an angry crush for space. Even at the time I recognized what I was seeing: a modern version of the Republican party that had gathered in Washington to celebrate their astonishing, unexpected win.

But today the scene here on the Mall didn’t feel anything like that. Who were all these people? Together they amounted to what now remains of Donald Trump’s base, yes. But they weren’t stragglers, or remainders, or leftovers from some previous electoral whole.

No. This was something new. What? For an instant it felt like a perfect fit: on one hand you have a certain Donald John Trump, batshit crazy to the core; and on the other, distilled at last in the pathology of the man they’ve come to see, honest-to-god believers. After years of practice, Trump had finally managed to disfigure himself into the conspiracy-shaped lens these people have been seeing the world through, together, from the start.

When the president emerged at last on stage, it was a few minutes past noon. “They rigged it!” he shouted from the stage. “We will not take it anymore. To use a term you people really came up with, We will stop the steal!”

“Stop the steal!” the crowd chanted back.

“Just remember,” he told them. “You’re smarter. You’ve got more going than anybody, and they try to demean anything having to do with us, and you’re the real people.”

By now I’d been standing for what felt like forever in the freezing Potomac mud, and I figured that this speech would be like all the rest I’d heard from him, aggrieved and incoherent and surreal. But I was wrong. Today he was asking something specific of his audience:

Republicans are constantly fighting like a boxer with his hands tied behind his back… After this, we’re going to walk down, and I’ll be there with you. We’re going to walk down to the Capitol. And we’re going to cheer on our brave senators, and congressmen and women. We’re probably not going to be cheering so much for some of them… Because you’ll never take back our country with weakness. You have to show strength. And you have to be strong.

We all understood what he meant. How could we not? It’s exactly what he’s been wailing for weeks: My allies in congress can’t—won’t—help me. What will you do?

The insults that followed hit like accelerants, his voice rising and thin. “Throughout history, throughout eternity, they’ll be ashamed… They’re all going out of their way to hurt us… They’re stiffs, and they’re stupid people… They shadow-ban you! It’s gonna be the end of the Republican party, but it won’t be the end of us… So stupid, so stupid, these people! This is a matter of national security.”

All in all he spoke for nearly an hour. By the end, as he called again for everyone to follow him down Pennsylvania Avenue, the thousands in the crowd were already dispersing east, toward the Capitol and the lawmakers who’d assembled there to confirm the electoral loss that Donald Trump, in his unparalleled cowardice, was willing to disfigure us all to avoid.

As the rally broke up I walked north and ducked into a hotel lobby, waiting for the feeling to return in my hands and toes.

This was at the Mayflower Hotel. As I rubbed my fingers and checked my phone a few stragglers from the rally joined me in the socially distanced waiting area. I found myself talking with a 39-year-old former army sergeant, Brad (he asked that I leave out his full name), from Phoenix. He was holding a bright plastic walkie talkie, his MAGA hat cradled in his lap. We were both speaking quietly behind our masks.

Trump had finally managed to disfigure himself into the conspiracy-shaped lens these people have been seeing the world through.

He explained why he’d flown across the country to support the president. It was a matter of survival. Joe Biden was a Communist agent, a puppet for China, who’d stolen the election to implement national socialism. Mike Pence was part of the plot too, a traitor. Our country was being run by puppets, by tech companies and the leftists running them, who controlled most media outlets, including Fox news.

I told him what I’d seen at the rally—the surprise that went through me when I realized just how many people there were Qanon supporters—and I asked if that’s what he believed too.

“Well,” he said, “I guess I count myself as what it is you’re describing.” He cleared his throat. “We just call it Q.”

He described “Q” as a group of individuals, including four civilians, with connections at very high levels of government, who release drops—periodic revelations of information that are then connected and sorted through by members of the community. The patterns that emerge are compiled into lists anyone can access. The larger point is that there’s an ongoing effort within the current administration—by Trump and the patriots who’ve joined with him—to fight back against the coming Chinese takeover.

But what about the other stuff, I asked him—did he really believe that Joe Biden and the Democrats were cannibalistic, Satan-worshipping pedophiles?

“The history of communism can be traced to satanism,” he said, somewhat sheepishly. “As for cannibalism—that has to do with organ harvesting, which the Chinese government has been doing for years, especially with members of Falun Gong, whose healthy lifestyles have made them lucrative targets…”

While Brad explained in earnest, the alerts and texts began to come in. Something was happening at the Capitol. A TV over Brad’s shoulder showed video of police being pushed back, and I recognized the shape and sentiment of the crowd I’d only so recently been standing within.

Seeing my face, Brad turned to watch. “They say all the time: trust the plan. I’d heard rumors that something might happen at the Capitol that could lead to massive waves.” He grabbed his walkie-talkie. “Leonard,” he said into it. “Leonard! Can you hear me?” No response. He looked clammy, and set it down with wide eyes. “Today is the culmination.”

What can I say? For a moment that’s how it all suddenly felt on my end too. Four years ago, in Cleveland, I’d listened from the gallery as Donald Trump ranted about barbarians at the gates. At his inauguration along with hundreds of thousands of others I’d heard his unmistakable threats of American carnage. Just this year, in Lafayette Square, I’d watched a phalanx of unmarked police officers organize an attack against unarmed protesters. And all the rest. Good People on both sides. Enemies of the state. Children in cages. Hundreds of thousands of vulnerable Americans neglected to sickness and death.

What is a culmination, after all, except the moment in which everything that could happen finally does? Where are we supposed to go from there?

The alerts were coming quickly now. Armed standoff taking place at House front door. Protestor breaches chamber and sits in US Senate well. Woman treated for gunshot wounds on Capitol grounds. Congressional leaders are being evacuated from Capitol complex. Rioters are breaking windows at the US Capitol. White House aide: “The blame lies squarely with the president.”

Outside, the streets blared with emergency sirens. I walked north. I thought then about one of my favorite passages on this city, from Robert Caro’s biography on Lyndon Johnson. I couldn’t quite remember and would need to look it up, again, once safely home. Caro describes the Capitol, a place I first saw in 8th grade and would not see again for 20 years, but in those 20 years would think of often in wonder.

Caro writes about the “thirty-six great pillars (for the thirty-six states that the Union had comprised when it was built),” circled by more slender columns above, thirteen for the thirteen original states, to make a tholos, “a structure modeled after the place where the Greeks left sacrifices to the gods.” They made a temple in the sky, Caro tells us, and it was toward this that the procession moved, “moving toward columns atop columns, columns in the sky—a procession carrying the body of a republic’s slain ruler, in all the stateliness and pomp a republic could muster, toward a structure that represented, and embodied, all a republic’s majesty.”

Can we please have a version of this competitive Indian “writers reality show” in America? 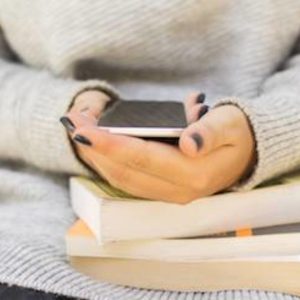 2020 was a great year for at least one thing: digital book loans from public libraries. If you, like me, could really use some nice library-oriented news right about now, you're in luck. Perhaps unsurprisingly,...
© LitHub
Back to top