TODAY: In 1902, John Steinbeck is born in Salinas, California.

“The world is full of painful stories. Sometimes it seems as though there aren’t any other kind”: on Octavia Butler’s Parable of the Sower • Station Eleven, LaRose, How to Be Both, and more rapid-fire book recs from K Chess • A month of literary listening: AudioFile’s best audiobooks of February • New titles by Hermione Lee, Yaniv Iczkovits, and Jennifer Ryan all feature among the Best Reviewed Books of the Week

Olivia Blacke explores the perennial popularity of the cozy • A new TV show has the Baker Street Irregulars solving crimes instead of Sherlock • Ioan Grillo on the intensely profitable and semi-secret world of the global gun trade • February’s best new true crime releases • Jeff VanderMeer talks ecothrillers and noir with Meg Gardiner • Check out these February releases, new in paperback! • Jason Dearen on a deadly fungus that developed a taste for human blood • Tatiana de Rosnay asks, what’s left to write about creepy houses? • Read a roundtable discussion on mentorship in publishing • The judges for the inaugural Sisters in Crime Pride Award on queer voices in crime fiction

What's the most-filmed bookstore in the world? 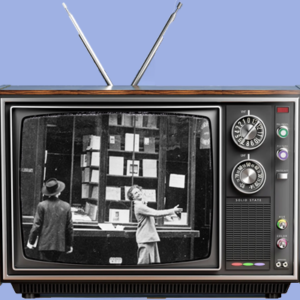 What's the most-filmed bookstore in the world?

There's something thrilling about watching a movie or a TV show and finding that you recognize the characters' surroundings—...
© LitHub
Back to top