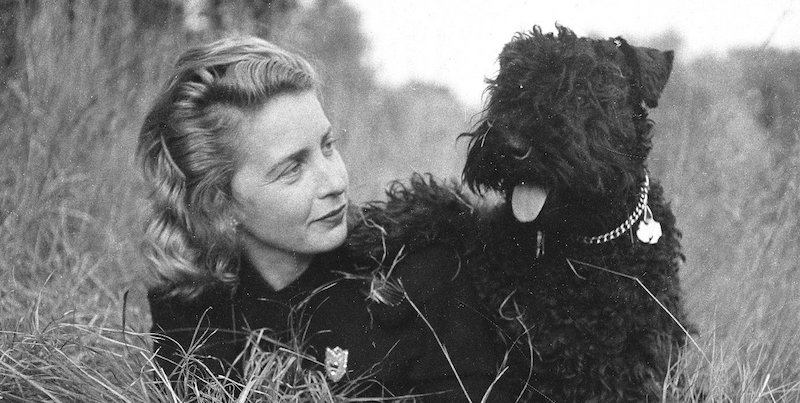 “This is not the Margaret Wise Brown I know from her books.”

There it is, on my computer screen: The first of the responses I knew would come. Nevertheless, it feels like a surprise.

My novel The Upstairs House features the children’s author Margaret Wise Brown and presents her as simultaneously endearing and problematic. Now, a reader has suggested I’m besmirching her memory.

As authors, we’re told to avoid looking at reader reviews, but in the tenth month of a pandemic during which I’ve given birth, facing anxiety about the reception of a novel that took years to write and research and will be published into a still-shuttered world—my local bookstore permanently closed, my human contact limited—I find myself searching for proof the book can touch people. Knowing better, I go looking for early reviews on sites like NetGalley and Goodreads. In this, I’m a bit like Margaret herself, who by all accounts was like most writers: insecure about her work and hungry for approval.

This particular comment isn’t meant for my eyes—the fault lies with me in seeking it out, not its author in expressing their opinion. Still, there it is. “The author made Margaret Wise Brown such a horrible character in this book. And Margaret Wise Brown is one of my all-time favorites!”

Margaret Wise Brown is also one of my all-time favorites; it’s why I wrote her into The Upstairs House. I found her through her books, became obsessed through her biographies, and fell in love after reading her journals and letters. I was struck by how precisely she is not Goodnight Moon’s “quiet old lady whispering hush,” how scandalous and bohemian and short a life she lived, and how the knowledge of that life changed my perception of her work for the better. I wanted everyone to meet the Margaret I’d met. I wanted to amplify her ten-year tumultuous love affair with an avant-garde actress, her rabbit hunting, her modernist philosophies and experimentally-tested writing practices. I wanted to reframe Goodnight Moon for modern parents, elevating it as more than just an old-fashioned kids’ story we remember from our own babyhoods. Art and its artist need not be intertwined to the extent to which I’ve bound them, but in learning about Margaret I unlocked something in her books, and I wanted the joy of this discovery for others. I knew I needed to write her into a novel.

Margaret wasn’t just a charismatic eccentric with a quixotic cabin and endearing, if impractical, quirks.

How do you fictionalize a literary icon? I say fictionalize not in the vein of Adrienne Celt’s brilliant Nabokov cipher in Invitation to a Bonfire, or the thinly veiled Philip Roth in Lisa Halliday’s Asymmetry. Much as I admire these literary doppelgangers, my goal was different. I couldn’t have an -esque figure—I needed the real deal. So much of what drew me to writing about Margaret was the facts; the bare-boned truths of her life, simultaneously so lovely and nonsensical. What I needed was a Margaret for fiction—a novel in the vein of a biopic, in which I could slice open a few years of her experience and explore specific formative events in detail: the glamour of the Upper East Side in the 1940s, the heat of a scandalous love affair, the ingenuity of the new type of children’s writing coming out of Greenwich Village. I wanted to show Margaret beagle hunting, summering on Long Island, taking tea on the steps of the New York Public Library.

There’s a remove to film that allows a biopic to function in that half-space between truth and fiction. Even without the caveat in the credits—any resemblance, living or dead, etc.—we watch a show like The Crown or a film like The Aviator and we know that this is Queen Elizabeth via Olivia Coleman, because we’re seeing her there on the screen, where she is obviously a person acting in the role of Queen Elizabeth. It’s a sort of proscenium theater: We are the audience looking in, with the physical projection of film a reminder of its fiction. Viewers may believe the events depicted on screen are more or less similar to actual events, but no one is tricked into believing what we’re watching isn’t a performance.

Literature operates differently. The physical act of reading doesn’t provide that visual filter as a constant reminder of its ultimate project. It’s all too easy to conflate a fictional Margaret with the real Margaret, to forget that a novel is also, in its own way, theater.

As a fiction writer, I’ve oft repeated that an author is not her characters. Now, I find myself explaining that my characters are also not my characters. Or, rather, that the Margaret I’m presenting is a character, but a character combining years of research with the needs of this particular book. I never wanted my novel, of which Margaret is a single piece (a very important piece, but a single piece nonetheless), to serve as a definitive explanation of Margaret Wise Brown. At the same time, I wanted my representation of Margaret to be accurate—a version that could easily be true based on her existing documentation. My fictional Margaret wouldn’t be the real Margaret, but she wouldn’t not be the real Margaret either.

With this responsibility in mind, when I first sat down to write, I was terrified. I began by quoting Margaret’s books and her letters. In early drafts, the novel jumped between a first-person present-day narrative and some bullet-point facts about Margaret Wise Brown. There was an obvious disconnect, both rhythmic and thematic, but I couldn’t figure out how to put a breathing Margaret on the page without writing something false, something misleading. I made lists of actual events she’d attended, circumstances I might swell into narrative. I reread her diaries and interviews. I stared at her photograph, trying to find her voice.

Like any public figure, Margaret Wise Brown has been mythologized for clickbait: a witty remark here, an anecdote there. For months I found her glamorous, interesting, but with a scrim of inaccessibility, no matter how deep I tried to go. And then I came across a lesser-known story—she’d been working with the artist Esphyr Slobodkina (of Caps For Sale fame), and they had an argument when Margaret, surprised that Slobodkina was a Jew, found herself incapable of examining and working through what she called her slight “Jewish prejudice.” Margaret, who had launched Slobodkina’s career as an illustrator and seemed to bear Slobodkina no ill will, was otherwise uninterested in becoming more tolerant and open-minded; she recognized her implicit biases and wasn’t proud of them, but said that there was nothing she herself could do to change them.

This fascinated me. This made her a real person. Margaret wasn’t just a charismatic eccentric with a quixotic cabin and endearing, if impractical, quirks. She was a human being who at times chose to do what was easy over what was right, who could be cruel and closed-minded and thoroughly unadmirable. I found another story about how she’d signed a contract with one publisher and then delivered those books to a different house that would pay more for them. She often wrote letters in anger and sent them, later following up to apologize. She was imperfect and petty and self-centered. She was complicated, real.

The Margaret I’ve written—needy, petty, lost in her own head—is a Margaret close to how she truly was.

What makes Margaret less agreeable to the average fan of Goodnight Moon makes her accessible to me as a writer. These stories served as my way in, and, I believe, a foundation for doing Margaret justice. There’s a danger to the all-or-nothing school of commemoration—either cancellation or idolization, as it were. Without the nuanced intermediary, we’re left without an understanding of the writer as a mind just as complex as her best characters, of historical figures as human. Knowing that Margaret was prejudiced, that she had a quick temper, doesn’t ruin Goodnight Moon for me—on the contrary, it makes the work more interesting.

This isn’t to say that certain crimes don’t warrant us moving away from an author in a renegotiation of power and consequence. Some flaws are insurmountable. But the ability to hold multiple truths in mind—to know that Margaret Wise Brown was anti-Semitic and knew it and didn’t care to fix it and to know she wrote excellent books and made a lasting impact on early childhood education—is a skill strengthened by literature, an act of consciousness that lifts human beings over runaway bunnies and little fur families and makes us worth writing into novels to begin with.

If the Margaret you meet in The Upstairs House isn’t the Margaret Wise Brown you thought you knew, then I suppose I’m sorry to disrupt your preconceptions. Every reader forms their own relationship with an author and their work, and I would never force you to mimic mine with Margaret. But the Margaret I’ve written—needy, petty, lost in her own head—is a Margaret close to how she truly was. She is a version of a woman. She is wonderful and flawed.

Margaret kept a scrapbook with clips of every one of her book reviews, good and bad. I’m certain, like so many of us, she would also have checked Goodreads religiously. 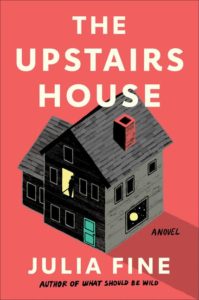 The Upstairs House by Julia Fine is available via Harper.

Julia Fine is a graduate of Columbia College Chicago’s MFA program. She teaches writing in Chicago, where she lives with her husband and son.

On the 50-Year Fight to Preserve the Navajo Homeland 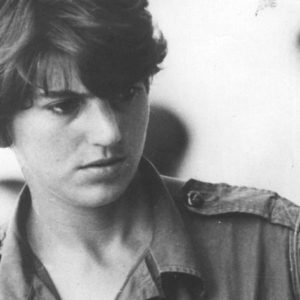 When I encountered her at the Hong Kong airport, a cigarette dangling from her free hand, I had never met anyone like Kate...
© LitHub
Back to top
Loading Comments...