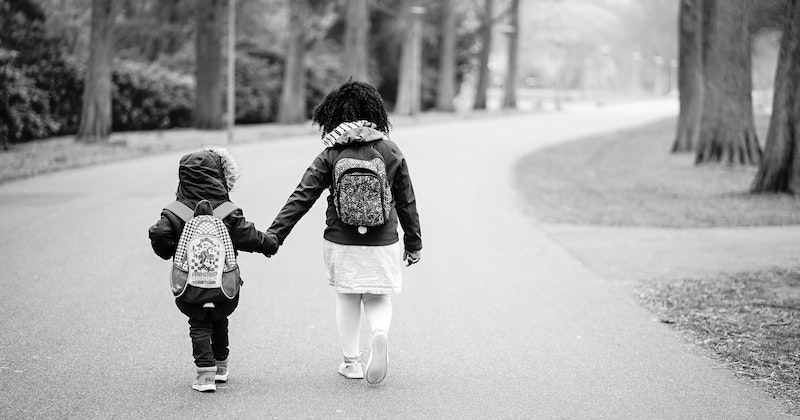 Georgina Lawton on Learning the Truth About Her Biological Lineage

“The world does not deliver meaning to you. You have to make it meaningful. You have to live; you can’t live by slogans, dead ideas, clichés, or national flags. Finding an identity is easy. It’s the easy way out.”
–Zadie Smith, On Beauty
*

On a brilliantly hot Caribbean morning in March 2017, as the first of the day’s sunshine poured through the shutters of my tiny beachfront apartment and spread across the floorboards like warm golden syrup, I received the results of my third DNA test in a year. I looked out of the window at a sparkling sea moments from my building. I was seconds away from giant palm trees, crystalline waters, and powdery white sands on Nicaragua’s Corn Islands, more than 5,000 miles away from my old life on the outskirts of London. But that morning I had to confront my past and everything I’d left behind. And I had to tell my mum of my genetic news. I didn’t know how she’d react.

Down a surprisingly clear FaceTime link to London, I said, “I’ve got the test results back.”

What followed was a long stretch of silence. Then, finally, a response. “Oh. So, what did it say?”

“Forty-three percent, actually. And the rest of me comes from Ireland, which we know since that’s from you… ” I trailed off.

“Right… ” Everything went quiet once again. “Well, you’re still more white than anything, aren’t you?”

I closed my eyes and breathed in slowly. Parrots chirped outside my window.

“What do you mean by that?”

“Well, I’m just saying the percentages… ” My mum stopped, sensing that she had said the wrong thing. “Oh, don’t worry.”

I decided to ask the question that was on the tip of my tongue, but which I knew would obliterate the conversation in a matter of seconds, to toss the verbal grenade I had in my pocket.

“So, do you think my biological father could be Nigerian?” I asked flatly. “Is this maybe jogging your memory at all?”

“I don’t want to talk about this.” Boom. Detonation complete. “Mum, we need to—”

“I don’t have anything else to say, Georgina.”

The rage came quickly; I was somewhat surprised at its potency, and even though I was so far from my mother’s physical presence, I could feel it practically radiating off my body, vibrating through the phone. How could she not understand? How could she not tell me?

“Well, you need to try harder because this issue isn’t going away,” I hissed. “I want answers. I think I deserve them at this stage.”

Another pause. “I’ve got nothing else to say.”

It’s safe to say this was not the reaction I’d been hoping for. I’d only waited my whole life to put a name to the country responsible for my appearance; I’d only been trying to piece together my identity on my own for over two decades, straddling the borders of a racialized existence outside my family and a nonracialized one in their presence, all the while dealing with projected ideas from strangers about what I looked like, who I resembled, what I was. I’d just found another piece of the puzzle, I’d worked it out on my own, but there was no support from the one person I needed it most from. My mum refused to hear me, to understand why this was so desperately important.

I decided to ask the question that was on the tip of my tongue, but which I knew would obliterate the conversation in a matter of seconds, to toss the verbal grenade I had in my pocket.

Our conversation ended after another pregnant pause, which morphed into a frustrating silence before I was forced to hang up. This was a practice that was now totally routine for the long-distance conversations we’d had since I left home months earlier. I’d learned that if my mum didn’t want to talk—about the cataclysmic series of events that had left us separated by thousands of miles less than two years after Dad’s death—then she would simply become mute. I’d lost track of the number of conversations that had been stifled by silence.

Who my biological father was, how I was brought into the world, my ancestry—all of it was off-limits. In those moments, the emotional chasm between us far exceeded the physical distance.

I was starting to realize that this absence of discussion had been something of a recurring theme throughout my childhood. And so when I felt the nothingness creeping into our call again that morning, I chose to leave before the fury took hold of me again. It was only 9 am. I couldn’t fight—I hadn’t even had breakfast.

That morning I’d been woken up by a heat so heavy it felt like I was wearing it, a second skin. A dampness coated my back and my throat was dry as I had processed my DNA test results and called my mum to discuss the truth about the heritage of the daughter she had raised.

It felt all the more surreal calling from Nicaragua, a chaotic, colorful country that couldn’t be more different from the smallness and safeness of my hometown basically. It was a mad phone call, a mad time, but this inanity was far more bearable than the one that had defined so much of my life before. I realized that I couldn’t escape who I was; the compulsion to uncover the truth had followed me halfway around the world. But, I thought to myself as I looked out of the window again, there were definitely worse places to be in the throes of an early-life identity crisis.

Before everything changed, all I’d known was life with my mum, dad, and younger brother, with visits to family in Shropshire and annual summer vacations to County Clare, Ireland, which is home to my mum. I saw Clare in sprawling landscape photographs on the DNA-testing homepage that morning, a smorgasbord of gray and green cliffs jutting out into the Atlantic Ocean and glossy fields like the ones I had run through on my childhood summer vacations.

I remembered wet and windy family memories built on annual summer pilgrimages to the tiny town of Doonbeg, close to where Mum was born and where Donald Trump now has a golf course. I could smell salty sea and stale alcohol, the silage in the fields, and the lingering whiff of smoky turf in the evening air. I could feel the hay beneath my heels as I leaped from bale to bale. I could see my parents getting ready for a night out, me and my brother tucked up in the bedroom my granny slept in, watching wistfully as my mother applied lipstick and my father chastised her for taking too long. I could hear my mother singing “The Fields of Athenry” as I ate a bag of Tayto chips in the cracked, red leather booth of a smoke-filled bar, as a red-faced man with an indecipherable accent slipped me a euro. I knew Ireland almost like I knew Britain, and these were my only two cultural identities, despite what my outward appearance might have suggested.

And then everything changed. In 2015, a series of destabilizing events uprooted us all: My dad died of cancer, aged 55. And a year after his death, when a callus had not yet formed over our grief, a series of DNA tests proved what I had always wondered, and what I had always feared the most: that one of my parents was not my own. My Irish mum and English father could not have produced me, a brown-skinned, curly-haired baby.

Finding this out without my dad around turned my home into a hellish matrix of what it once was, a parody of everything I used to love. The aftermath propelled me from the familiar spaces I knew as home with jet force. I left in the hope that I could peel off all my layers and find who I was really meant to be, at the very center. That third DNA test which told me of my ancestry, in Nicaragua, followed on from two family DNA tests (one paternity, one sibling). Navigating the confusing results from all the tests (more on this later) shattered my segments of self, built up over two decades, into nothingness. I left home to escape, to rebuild, to breathe. 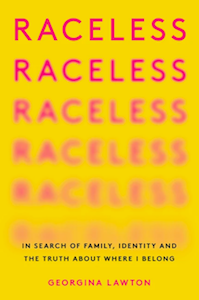 Excerpted from Raceless: In Search of Family, Identity, and the Truth About Where I Belong. Used with the permission of the publisher, Harper Perennial, an imprint of HarperCollins Publishers. Copyright © 2021 by Georgina Lawton.

Georgina Lawton is a journalist, speaker, writer, and host of The Secrets in Us podcast. Previously a columnist for The Guardian, she has also written for VICE, Marie Claire, Refinery29, Bustle, The Times (London), Stylist, Time Out London, and other outlets, where she writes about identity, travel, and culture. She lives in London. 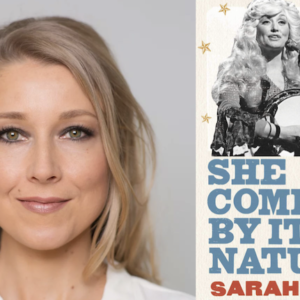