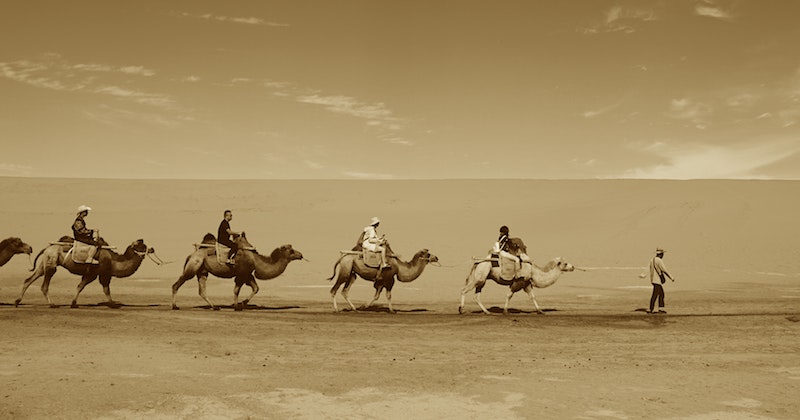 Li Juan on Traveling, Living, and Working with a Family of
Nomadic Pastoralists

FROM THE TRANSLATOR’S NOTE

Li Juan’s experiences in the winter pasture have her traveling, living, and working with a family of Kazakh herders, who along with their new neighbors are carrying on a way of life their people have practiced in the region for centuries. With the coming of each season, they migrate with their families, yurts, and livestock to the pastureland that will offer the most favorable climate and the most grass for the coming months, moving north to higher altitudes from winter to spring to summer, and south, back to lower altitudes, from summer to fall to winter. But the year that Li Juan has chosen to accompany these nomadic pastoralists, she is told on more than one occasion, will be the last.

After millennia of grazing vast swathes of land, moving from one spot to the next to allow for the grasses’ recovery and regrowth, overgrazing has now officially been deemed a problem. The reason for this—and the herders’ feelings about it—remains unclear. Regardless, the herders must settle. They will henceforth live along the Ulungur River, around what have long been the spring and fall pastures, where the government has called for land to be reclaimed for cultivation and for aid to be given to the newly relocated herders to help them adjust to their new lives.

On the first day of our journey south, the camels and livestock traveled for a long time through endless hills. It wasn’t until midday, after ascending a final peak, that the world before us opened up to a plain that was flat enough to gallop through. The earth was pale and boundless, but the sky was as dark as metal—heavy, lustrous, and hard. Nothing else existed between heaven and earth. There was another world across from our world, one beyond the curtain at the world’s edge, a seemingly impenetrable world. Yet, slowly and silently we crossed into it.

In the middle of this expanse, I could fully feel the roundness of the earth—the earth curved down in all directions as our team of camels inched along the crest of the sphere.

After about two hours, a metal fence appeared in our sights. It went from east to west, cutting across everything. We continued, and eventually we were near enough to see that where the dirt road met the iron fence, there was an opening. Passing through, we continued farther southwest. After a long time, we saw the other side of the metal fence—still running east to west as far as the eyes could see.

Why would anyone undertake such an enormous effort to fence in empty land in a desolate, rocky desert?

According to Cuma, it was an effort to turn the scrubland into Kanas (Altai County’s most famous prairie national park). They didn’t want our sheep grazing there anymore; only the wild horses can eat there, so the grass can grow back. Otherwise, when the tourists come from inland, they will say, “I heard Xinjiang is a beautiful place, but there’s nothing here besides the desert!”—without grasses and wild horses, there would be nothing to film, nothing to photograph, nothing at all worth looking at. That would be embarrassing! So it has to be protected.

I assumed this was an impromptu explanation some grassroots cadre had offered to the nomads during a propaganda meeting. The real reason likely had to do with the “Grassland Restoration” policy implemented a few years ago to prevent overgrazing. The land was to be partitioned and rotated into use. The metal fence was to remain for five years. So far, it had been there for three.

Our neighbors were a family of four, husband, wife, a young man, and a baby. Shinshybek was the man of the house. After arriving at the burrow, I asked Cuma what the wife’s name was, but Cuma said he didn’t know. So I asked what the boy’s name was, and he didn’t know either. Then I asked about their ages, and he still didn’t know. I was perplexed: “Aren’t they your neighbors?” I later found out that this was their first year they were neighbors, so they didn’t actually know each other.

Until that winter, only Cuma’s family had used this pasture of thousands of hectares. Then, Shinshybek’s family’s land was fenced off because of the restoration policy. For the loss of their pasture, they were compensated with a subsidy. Using the subsidy, they were able to rent pasture land so that they could continue to graze their sheep. That winter, Shinshybek paid Cuma’s family 4,000 yuan to use their pasture. Given last year’s heavy snow, the grass was especially lush. As a result, Cuma’s family was happy to rent it out.

After some further probing, I learned that these neighbors owned over 200 sheep and more than 30 large livestock (mostly camels). In other words, each animal was paying less than 20 yuan for a whole winter’s worth of food! They were the model of thrift.

Not long after settling into my new life, on a foggy moonlit night, two travelers who had lost their way arrived, bearing bad news. Apparently, they were headed for a pasture to the north but had gotten lost. They claimed to have been driving a car, but it couldn’t have been much of a car, as they were dressed for horseback. One had on a pair of oversized rawhide pants, and the younger man wore a heavy fleece vest with fancy sapphire-colored embroidery. The pair were in a hurry to get back on the road. After sharing the news and asking for directions, they left without even a drink of tea. When the guests left, Cuma flew into a rage. He began arguing loudly with Sister-in-law, and harangued her nonstop as if it was all her fault. Sister-in-law continued to spin yarn on her spindle in silence.

Why would anyone undertake such an enormous effort to fence in empty land in a desolate, rocky desert?

As it turns out, the pasture didn’t only belong to Cuma’s family after all. Originally, it had been shared by three families. But many years ago, one of the families moved to Kazakhstan. Not long after, the other family changed trades and went into business. In the years since, Cuma’s family continued to make use of these thousands of hectares, alone, without bothering about ownership. But as soon as they had rented the pasture to Shinshybek, the family who had gone into business decided to solicit their share. They believed they had a right to half of Shinshybek’s rent, so they had petitioned the county authority. Cuma yelled, “He never even comes here, how can he blame me? Never mind the county authority, even if he went straight to the Central Committee, I would still be in the right!” But I really didn’t think he was.

After two days of discussion, the Cumas had prepared their arguments and waited for the other family to come reason with them. But the other family weren’t fools; why would they bother to come all this way just to argue? Naturally, the government mediator wasn’t going to come either. The government is poor, where would they get the money to reimburse the cost of fuel?

So it was that nothing more came of the matter, and everyone heaved a sigh of relief. But I still felt troubled by the precariousness of the life of herders and their pastures.

In fables, the finest pastures are the ones where “milk flows like a river and skylarks build nests to warm their eggs atop the sheep’s woolly backs”—a promise of peace and plenty. The reality, however, is more one of desolation, loneliness, and helplessness. In reality, year after year, everyone must submit to nature’s will, oscillating endlessly between south and north. In spring, the herders follow the melting of the snow northward, and come autumn, they are driven slowly back to the south. They are forever departing, forever saying goodbye. In spring, lambs are delivered; in summer, they are fattened; in autumn, they breed; in winter, they are pregnant again. The lifetime of a sheep is but a year in the lifetime of a herder, but what about the lifetime of a herder? In this homeland stretching over 600 miles, in every secret wrinkle on the earth’s surface, every nook and cranny in which shelter can be sought… ​youth, wealth, love, and hope, everything is swallowed up.

Much later, a trader came to buy horses from us. He declared that in two years—at best—families of nomadic herders would be a thing of the past. Next year, when these southbound flocks return north to the Ulungur plains, he said, they will never make another journey south again.

My reaction angered him. He put down his bowl of tea and turned to look at me solemnly. “Have we Kazakhs not suffered enough for you yet?”

I kept quiet. What I’d meant was, even though this age-old traditional way of life is indeed drawing to a close, wouldn’t such an abrupt end be traumatizing and disorienting to these people’s souls?

After a long while, I couldn’t help but ask again, “Are you sure? Who said this? Are there official documents?”

He said, “Of course, there are documents, but not for our eyes. In any case, it’s what everyone says.”

Cuma yelled out the name of a national leader and barked, “He said it! He called me yesterday on the phone!”

Everyone laughed, and we changed the topic.

I still wanted to ask, “Do you look forward to settling down?” But I realized it was a stupid question. Of course, settling down is good! Who doesn’t yearn to lead a stable life of comfort and ease?

While to the north, along the banks of the Ulungur, vast tracts of badlands will be cultivated into farmland. Crops will greedily suck on the solitary river. Chemical fertilizers will engorge luxuriant grasses with fats and juices, more than enough to nourish the livestock over the long and cold winters. What better option is there? 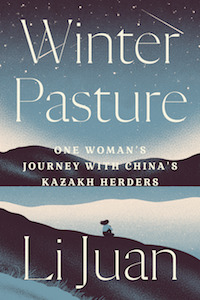 Li Juan was born in Xinjiang in 1979 and grew up in Sichuan province. Her writing career began in 1999 as a newspaper columnist for newspapers like Southern Weekly and Hong Kong’s Wenweipo and she is now widely regarded as one of the best narrative nonfiction writers of her generation. She has won several awards, including the People’s Literature Award for Winter Pasture. She lives in Xinjiang, China. Winter Pasture is her first book to be translated in the United States. 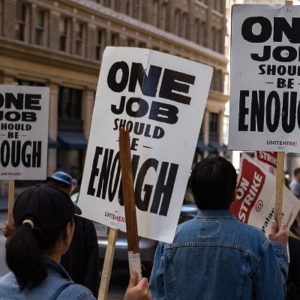