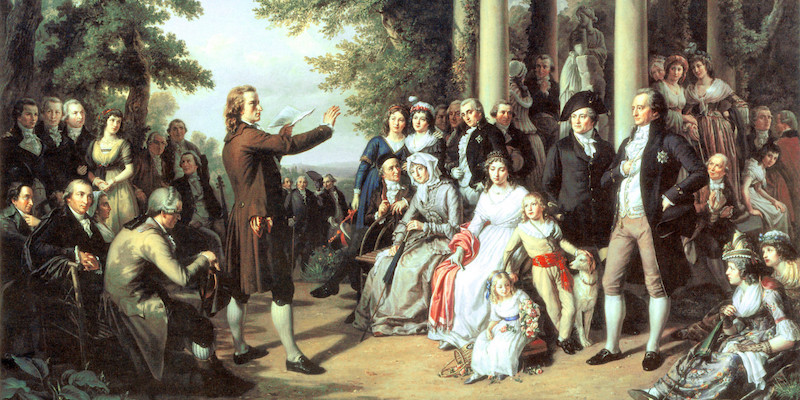 Ritchie Robertson on the Reading Revolution of the 18th Century

In the mid-to-late 18th century, the reading public grew so sharply in Britain, France and Germany that historians speak of a reading revolution. Reading was often a shared activity. Rousseau recounts how he and his father read aloud to each other, often continuing all night until they heard the dawn chorus. But it was also, and increasingly, a solitary practice, especially popular among middle-class women who had leisure, access to artificial light, and enough money to buy books. People not only read more: they read differently, becoming more involved in fictional worlds. The first-person singular becomes increasingly popular as a narrative device, which brings the protagonist close to the reader. Such stories often recount the protagonist’s progress through sin and error to an understanding of his faults and the reception of divine grace.

First-person stories, however, are typically told from a vantage-point late in the narrator’s life, when the experiences recounted have been distanced and mastered by memory. New scope for empathy was offered by the epistolary novel. By presenting a character’s experience through letters, the novelist brings us close to that experience as it happens. We follow the character’s thoughts and feelings in real time, as uncertain as they are about what will happen next. When a novel offers letters from several different people, we have something further: we understand characters’ experience from the inside while appreciating the diversity of characters. We are invited to feel the humanity even of those we dislike, and we are encouraged to feel intensely the sufferings of persecuted victims. Stories told in letters involve their readers far more intimately than stories recounted from the distant perspective of an impersonal narrator.

The epistolary novel provided training not only in sympathy but also in empathy. This word was not used in the 18th century. It is first recorded in English in 1909 as an equivalent for the German Einfühlung. Although the two words are sometimes used interchangeably, empathy is not the same as sympathy. Sympathy is nowadays understood as an emotional capacity; empathy is a cognitive capacity. Sympathy means reaching out emotionally to other people; empathy means appreciating their perspective as distinct from one’s own. Despite William Blake—Can I feel another’s woe And not be in sorrow too?—empathy does not mean immersing oneself in another’s feelings, nor (to use a popular, but loose and unhelpful term) does it mean identification with another person. It means understanding another person’s point of view, putting oneself imaginatively in their position, acknowledging the other as “an equivalent centre of self, whence the lights and shadows must always fall with a certain difference.”

Although sympathy is not empathy, sympathy can lead to empathy, and it did so for 18th-century novel readers. It has recently been argued that reading novels, especially epistolary novels, helped people in the 18th century to put themselves in other people’s shoes, and sensitized them to cruelty in everyday life, savage punishments and abuses of human rights: In reading, they empathized across traditional social boundaries between nobles and commoners, masters and servants, men and women, perhaps even adults and children. As a consequence, they came to see others—people they did not know personally—as like them, as having the same kind of inner emotions.

In the mid-to-late 18th century, the reading public grew so sharply in Britain, France and Germany that historians speak of a reading revolution.

One epistolary novel, in particular, shaped the sensibility of the late Enlightenment: Richardson’s Clarissa (1748–9). The Europe-wide vogue of Clarissa may at first sight astonish us. Many potential readers nowadays are put off by its enormous length and by the fear that it may contain little but sentimental reflections. If they take the plunge, they will find that Clarissa is an absorbing, fast-paced, highly dramatic novel, which creates its own world and reaches tragic heights rarely attained in prose fiction.

The plot of Clarissa is in outline so simple that one may wonder how Richardson could take over a million words to tell it. Clarissa Harlowe is courted by a dashing nobleman with an unsavory reputation, Robert Lovelace. Because of his libertine past, and because of their personal grudges against him, Clarissa’s elder siblings press their worried parents Clarissa refuse Lovelace, and brother James finds her another suitor in Roger Solmes, an older man, ugly, reputedly a miser and misogynist, but vastly rich. Her family confine the defiant Clarissa to her room and threaten to force her into marriage. Having been in secret correspondence with Lovelace, who is lurking in disguise nearby, she escapes to London with his help.

He establishes her in what seem to be reputable lodgings, but eventually she finds out that they are a high-class brothel, and again flees, this time to lodgings in Hampstead, whither Lovelace pursues her. Although he is half-heartedly applying for a marriage license, he has no wish to be a faithful husband, and thinks marriages and parliaments should each last only a year. Thanks to an elaborate intrigue, Lovelace manages to deceive and drug Clarissa, and rapes her while she is semi-conscious. Soon afterwards Clarissa is arrested for debt at the suit of the brothel-keeper Mrs Sinclair and confined in a debtors’ prison. She prepares for her death with increasing resignation, writing devout and dignified letters to all her relatives, another to Lovelace forgiving him, and disposes of her property in a lengthy will. Lovelace goes abroad and is killed in a duel by Clarissa’s cousin Colonel Morden.

The novel’s nail-biting fascination comes partly from its dramatic construction. It is told in letters, between Clarissa and her bosom friend Anna Howe, and Lovelace and his fellow-rake John Belford, with occasional contributions by a dozen or so others. These letters consist sometimes of reflections, more often of reported action and dialogue, the latter in dramatic form, sometimes even with stage-directions. Richardson’s careful control of chronology permits suspense: thus, we know that Clarissa’s family intend her to be married forcibly on Wednesday 12 April, so she plans her escape, with Lovelace’s help, for Monday, and we wait to see whether she will succeed.

The epistolary novel provided training not only in sympathy but also in empathy.

It is, however, especially questions of psychology and morality that make the novel enthralling. The dramatic contest of wills between Clarissa and Lovelace rests both on the opposition of their characters and on their complex mutual attraction. Clarissa’s conscientious attempts at self-analysis recall the Puritan practice of keeping a spiritual diary, except that her self-examination is not private but social, conducted in letters to be evaluated by Anna. Lovelace is motivated less by lust than by his intellectual enjoyment of complex intrigues. The rape itself, reported by both Lovelace and Clarissa, is hardly an erotic event, especially as it takes place in public, in the presence of Mrs Sinclair and two prostitutes: it is a brutal conquest in which Clarissa pleads for “mercy” but receives none.

Lovelace stylizes himself as a Restoration rake and casts Clarissa as a proud beauty who must be conquered. His stale language of gallantry (“on the wings of love, I fly to my charmer”) contrasts with Clarissa’s directness and honesty, her “plain dealing,” which he fails to understand. Immediately after the rape, Clarissa’s distress emerges from a series of barely coherent draft letters, while Lovelace appears callously impenitent; but even as a victim Clarissa shows herself the stronger character. Her inner strength enables her to prepare for death, face it calmly, and write letters of forgiveness to all her family and even to Lovelace, while he tries to evade the fact of death by his fantasy of embalming her body and preserving her heart in a golden casket.

Many readers, responding to each volume of Clarissa as it was published, implored Richardson for a happy ending. But although such an ending would have benefited sales, Richardson’s didactic intention, of showing “the Folly of trusting to the pernicious Notion, that a Reformed Rake makes the best Husband,” his explicit Christian principles and—one hopes—his artistic integrity made him persist with the tragic outcome he had originally planned. “I intend more than a Novel or Romance by this piece . . . it is of the Tragic Kind,” he told his friend the poet Aaron Hill. Diderot, in an outstanding appreciation of Richardson, responded to the tragic dimension of Clarissa when he praised its author for disclosing the evil concealed behind flattering self-deceptions in the dark recesses of the self:

It is he who carries the torch into the depths of the cavern; it is he who learns to perceive the subtle and disreputable motives hidden and disguised beneath other motives which are respectable and which are eager to display themselves first. He breathes upon the sublime phantom that presents itself at the entrance to the cavern; and the hideous Moor behind the mask is revealed. 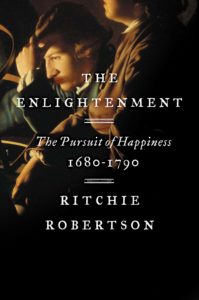 Ritchie Robertson is Professor of German at Oxford University, a fellow of the British Academy, and a lead reviewer for the Times Literary Supplement. 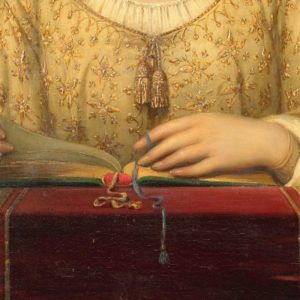