Euan Angus Ashley on the Greatest Performance Enhancement of All: Genetic Advantage

“In a world of ordinary mortals, you are a Wonder Woman.”
–Queen Hippolyte, Wonder Woman, 1975

There was no question Eero Mäntyranta was one of the finest Olympians ever to grace the podium. He grew up poor in rural Lapland, an area known for its snow and reindeer, in the cold North West of Finland. He first stood on skis at three years old. For him, cross country skiing was a close to year-round mode of transport, not a leisure-time winter sport. The only direct route to his elementary school was across a lake and the journey, much of it completed in the dark in winter months, could take an hour. In pushing his cardiovascular system to propel his lean, muscular body on rickety wooden skis several miles across a frozen lake can be found the origins of a story so remarkable that the Olympic gold medals he was destined to win don’t begin to tell the tale.

Mäntyranta started winning cross country ski events at an early age, first locally, then at regional events, and then nationally. His Olympic debut was at Squaw Valley, USA, in 1960 where at 22 years old, he won gold in the 4x10km relay. By 1964, he was in peak condition and dominated the 1964 games at Innsbruck, Austria, so convincingly that they nicknamed him “Mister Seefeld,” after the Alpine town where the cross-country skiing races were held. It wasn’t hard to see why: He won the 15k race by over 40 seconds, an unprecedented margin. In all, over a 12-year career, he won seven Olympic medals, three of them gold. His achievements were recognized by the Finnish Ministry of Education and a museum dedicated to his athletic prowess was erected near his home in the local town of Pello.

And yet, Mäntyranta’s career was dogged by rumors of blood doping. A form of performance enhancement used by athletes to cheat, blood doping involves removing a liter or two of your own blood months prior to an event. The red blood cells that carry oxygen are removed and the plasma that is left over is reinfused into your body. Your body senses the loss and starts making new blood cells. Meanwhile, the removed red blood cells are stored until just before competition, then reinfused providing an artificial boost. The boost comes from the fact that extra red blood cells carry extra oxygen to the tissues. The same idea actually underlies the legal technique of altitude training (and possibly some of the remarkable performances by female athletes shortly after giving birth when they still have the higher number of red blood cells they had during pregnancy).

At altitude, the lower oxygen pressure in the air stimulates the bone marrow to produce more red blood cells in response to a hormone secreted mostly by the kidney called erythropoietin, usually shortened to Epo. In the modern era, some athletes—one of the best known being the American cyclist, Lance Armstrong—inject themselves with an artificial form of Epo to stimulate red blood cell production. The challenge for the sports authorities with blood doping is that since it is your own blood that you are injecting back, there is no “artificial” agent like an anabolic steroid or Epo to detect. So, to detect doping, the test is a simple as this: how much of your blood is made up of your red blood cells?

This number, known as the hematocrit, can be derived quite easily: just spin your blood in a centrifuge to separate out the three components—red cells, white cells, and plasma. Normally, 35-45 percent of the volume of your blood is taken up with the red blood cells. Altitude training could push that up by a few percentage points perhaps to the high 40s. In an athlete, we would generally suspect blood doping if the number was above 50. Above 55 would be very unusual.

It is hardly surprising, then, that rumors of blood doping abounded. Even his insistence that he’d had such high levels measured as far back as his teenage years did not seem to convince many people. However, when several other members of Mäntyranta’s family were found to also have high percentages of red blood cells in their circulation, his family began to attract the attention of Finland’s hematologists and geneticists. One geneticist in particular, Albert de la Chapelle, had made a name for himself in identifying the genes underlying many family-based conditions using the linkage mapping technique we described in earlier chapters. He started collecting DNA from as many of the family members as he could.

On one particularly fruitful occasion, de la Chapelle visited Mäntyranta’s home, where he had gathered 40 family members. As the geneticist later told David Epstein, author of the book The Sports Gene, he was, at one point in the evening, speaking to three older women seated on the couch and discussing their health, when he realized that the only one of the three who was describing any health problems at all was the one without the mutation. A mutation that appeared to be associated with long life (many relatives were elderly and still in good health) and exceptional physical performance? What was this?

In the affected members of the family, the mutated receptor acted like a car accelerator pedal that was stuck in the down position, constantly stimulating the marrow to make red blood cells.

De la Chapelle eventually evaluated 97 members of the Mäntyranta family across 5 generations, of whom 29 were affected by the condition. Many family members didn’t even know they were affected. Next, he and his scientific team set out to investigate the cause. Before getting to genetics, they examined Mäntyranta’s Epo levels, expecting them to be high. They were surprised to find the opposite: Mäntyranta’s numbers were at the low end of normal (normal values are between 8 and 43 and Mäntyranta’s was 8.6). They next looked at a sample of his extracted bone marrow and found it to be hyperactive at producing red blood cells when stimulated with Epo. In fact, they found his bone marrow was active even without the usual need to add external Epo to the dish. What was going on? It turned out Mäntyranta’s bone marrow was exquisitely sensitive to Epo. Even the tiny amount extracted from his body with the bone marrow sample was enough for it to continue to make red cells in the dish.

Now they turned to the genetics. They measured markers spaced across the genome in each family member and found one specific marker that was shared by all the affected individuals. Moreover, the marker was right next to the gene for the Epo receptor, the molecule that senses the presence of Epo and helps carry out the directive to make more red blood cells. In the affected members of the family, the mutated receptor acted like a car accelerator pedal that was stuck in the down position, constantly stimulating the marrow to make red blood cells. In fact, among the affected Mäntyranta men, the proportion of blood volume occupied by red blood cells was 60 percent.

Twenty years after Mäntyranta’s retirement from competitive skiing, this genetic finding was at last sufficient to acquit him. Now in his 50s, Mäntyranta was nevertheless grateful that the shadow of suspicion was finally lifted. And, although he himself would always point to his training and what he believed to be his psychological edge (both of which clearly were sine qua non) there remains no question that his superhuman mutation was a key contributor to his athletic success. As further evidence of that genetic advantage, consider the other members of his clan. There was Pertti Teurajärvi, Mäntyranta’s nephew, a double Olympic medalist in cross country skiing. Also, his niece was a national champion.

A mutation that appeared to be associated with long life (many relatives were elderly and still in good health) and exceptional physical performance? What was this?

One study, in fact, showed that pushing the percentage of red blood cells to just 50 percent by giving Epo to athletes boosted maximal performance by 10 percent—a huge margin among elite athletes who are often separated in their performance by just milliseconds. More dramatically, the time to exhaustion at a given level of exertion was increased by up to 50 percent. Just the sort of advantage that would help an elite cross-country skier separate himself from the best in the world by over 40 seconds.

What other superhumans might be living undetected among us? 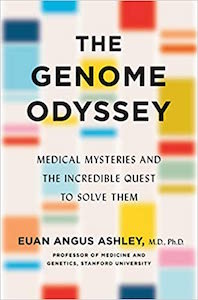 From The Genome Odyssey: Medical Mysteries and the Incredible Quest to Solve Them by Euan Angus Ashley. Copyright © 2021 by the author and reprinted with permission of Celadon Books, a division of Macmillan Publishing Group, LLC.

Euan Ashley is a professor of medicine and genetics at Stanford University. He was born in Scotland and graduated from the University of Glasgow. He attended Oxford University, completing a Ph.D. there before moving to Stanford University, where he trained in cardiology and led the team that carried out the first medical interpretation of a human genome. Ashley has received awards from the National Institutes of Health and the American Heart Association. He was recognized by the Obama White House and received the Medal of Honor from the American Heart Association. Dr. Ashley’s articles have appeared in many journals, including Lancet, the New England Journal of Medicine, the Journal of the American Medical Association, Nature, and Cell. He appears regularly on local and national radio and TV. He is the founder of three companies and advisor to several Silicon Valley companies. With three young children, he spends his spare time trying to understand American football, play the saxophone, and conduct research on the health benefits of single malt Scotch whisky. 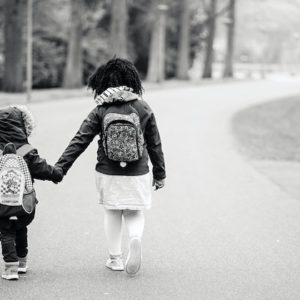 “The world does not deliver meaning to you. You have to make it meaningful. You have to live; you can’t live by slogans,...
© LitHub
Back to top
Loading Comments...