TODAY: In 1913, Arthur Wynne’s “word-cross,” the first crossword puzzle, is published in the New York World.

For Elena Ferrante, what distinguishes conventional male and female friendships? • Laura Trethewey on the water-based communities fighting for survival • A season of books takes stock of #MeToo • Mira Jacob on reading Bharati Mukherjee’s Jasmine • Why (and how, exactly) did early humans start cooking? • Erin Berger visits the weird, wonderful worlds of Jeff VanderMeer • James Tate Hill recommends a few of the best last-minute stocking stuffers around: audiobooks! • When you find out someone won a prize plagiarizing your work • On the Nazi hunters who worked to bring Hitler’s hidden army to justice in America • Meet Richard Sorge, a bad man who became a truly great spy • Rick Moody on Bullet Park, John Cheever’s darkest work • Gabrielle Bellot on John Berger’s final work • Werner Herzog’s prose script for Nosferatu the Vampyre (to be read aloud in his voice, obviously) • The story of Gershon Legman—the original sex-positive hipster intellectual—and his literary crusade to uncensor sex in America • Rabih Alameddine offers an antidote to the “best of” lists with the oddest books he read this year • When an author “loses control” of a character, is it the mysterious work of the unconscious, or the mechanized brain run amok? • Lynda Barry:

a comic exercise in building character • When classical music was a Cold War battleground • Lane Moore on the anxieties of adult loneliness • Melissa Woods examines the unlikely overlapping spaces of child-rearing and novel-writing • Enza Gandolfo on seeing herself in the novels of Dorothy Hewitt • Rachel Vorona Cote on the dawn of the era of the feminine excess • On the quiet death of a legendary Parisian bookstore • 11 books inspired by the March family • Novelist and small-town Brazilian mayor Graciliano Ramos’s annual reports are literature unto themselves • Lydia Davis, Jennifer Egan, Tommy Orange, Valeria Luiselli, and more Freeman’s contributors share highlights from their year in reading

Paul French on the rising stars of global crime fiction • The best true crime books of 2019 • 10 (more) crime movies that you forgot take place during Christmas • Kwei Quartey on the importance of supernatural themes in African crime fiction • Olivia Rutigliano on the most famous holiday heist story ever told: How the Grinch Stole Christmas! • Erika Wright gives us a crime writer’s guide to Netflix holiday romances • Elizabeth Penney makes the case for cozy mysteries as the way life should be • L.C. Shaw on our addiction to conspiracy fiction

Here's the first trailer for the brand new adaptation of High Fidelity. 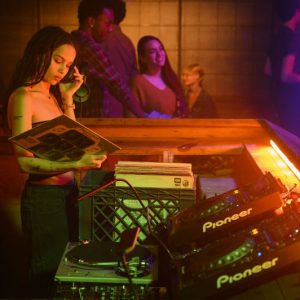 Here's the first trailer for the brand new adaptation of High Fidelity.

As you may have already heard, Zoë Kravitz stars in the new television adaptation of High Fidelity, based on the Nick Hornby...
© LitHub
Back to top