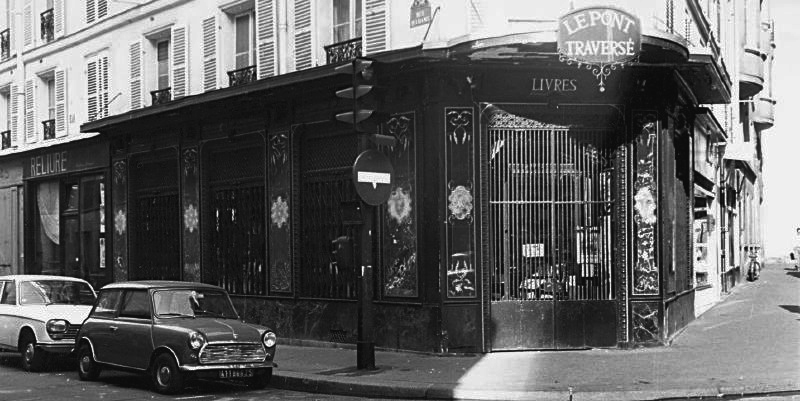 The (Quiet) Death of a Legendary Parisian Bookstore

Inside the Last Days of Le Pont Traversé

When it was announced that the legendary bookshop Le Pont Traversé would definitely close down on the 31st of December in Paris, many French TV stations put in phone calls and tried to convince Josée Comte-Béalu to do a filmed interview. She refused every single one of them.

“They are like vultures,” she said on a recent afternoon, while Paris was paralyzed by an unrelenting general strike and suspended public transportation. Her carefully cluttered bookshop was unusually calm, and Josée took advantage of the quiet moment to attach a price tag to her opaline glass chandelier—a rare early 20th century piece, now for sale along with the rest of her 11,000 books.

“TVs suddenly show an interest in interviewing me because the bookshop is closing, but I think that we should rather talk about those who are just getting started,” added Josée, who, like her boutique, turned 70 this year.

Despite her composure, it’s hard to accept that Le Pont Traversé—which means “The Crossed Bridge,” a name borrowed from a dreamy 1921 short story by the French writer Jean Paulhan—will disappear from the Parisian literary landscape. Formerly a “very ugly” butcher’s shop, according to Josée, the bookstore known for its midnight blue façade has catered for decades to poetry and art book lovers, or just about anyone with a weakness for rare editions.

One such bibliophile was former French President François Mitterrand. “He was our regular customer and often came with his daughter Mazarine,” recalled Josée. “He loved 20th-century French writers, like René Guy Cadou or André Pieyre de Mandiargues.” 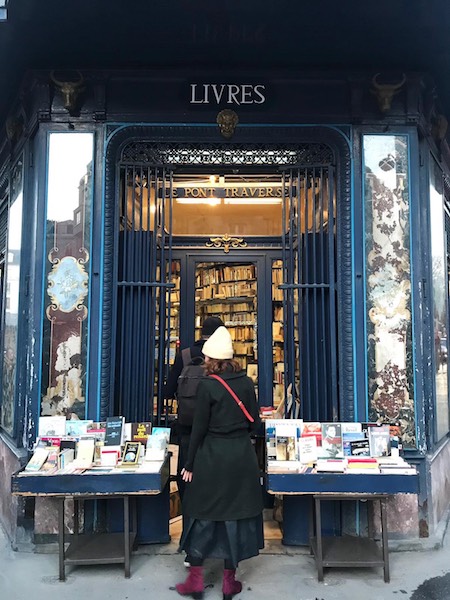 These names and many others can be spotted on handwritten paper tags attached to ceiling-high bookshelves. Beautiful wooden drawers, most of which were originally used for discarded meat, are packed with dusty poetry volumes, early issues of Jean Paul Sartre’s and Simone de Beauvoir’s literary journal Les Temps Modernes, tattered copies of 20th-century French novels and stacks of art books, as well as several dozen lithographs and engravings. Browsing the shop, you get a sense that the more obscure your reading taste, the better chances you have of finding that gem you weren’t looking for.

As for Josée, who is tall with luminous hair, she lets her customers dig into the wobbly piles of books for a long while without disturbing them—but seems to know intuitively when it’s time to step in and offer help.

Locals are bitter about seeing these cultural institutions disappear and be replaced by luxury fashion stores, which have been encroaching on Paris’s literary district.

Situated at the edge of the Luxembourg gardens on the Left bank, Le Pont Traversé is now forced out of business because of rising rents. This is not unprecedented in the world of independent bookstores—the same forces brought down the 70-year-old bookshop La Hune on Saint Germain-de-Près, not far from Le Pont Traversé, four years ago.

The sixth arrondissement is often crowned as the most expensive Parisian district, and after years of struggling, Comte-Béalu hasn’t managed to find anyone to carry on the business launched by her late husband. Locals are bitter about seeing these cultural institutions disappear and be replaced by luxury fashion stores, which have been encroaching on Paris’s literary district. 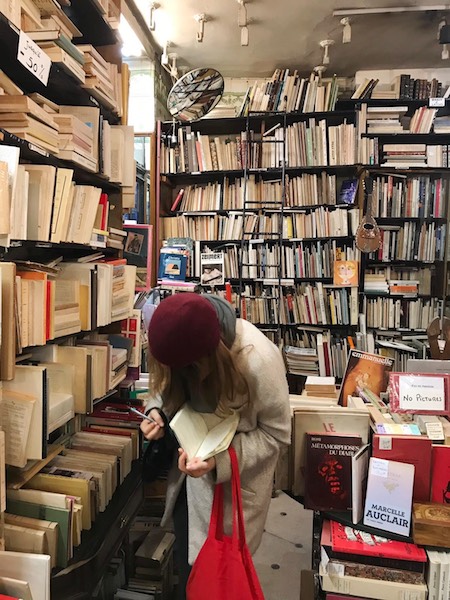 Le Pont Traversé was founded in 1949 by the poet Marcel Béalu, remembered for his fantasy poems influenced by German Romantic writers. Josée, originally from the town of Pau in the south of France, was writing her Master’s thesis on Béalu’s work in 1973 when she traveled to Paris to meet with him; afterward, they continued corresponding through letters. A couple of months later, Béalu wrote her a letter asking if she would dare move to Paris and run the bookshop with him. She mulled it over for about three months, from Christmas until Easter, then ended up joining him. She has been working full-time at the bookshop since then, six days per week, and running it alone since Béalu’s death in 1993.

After that, Josée faced a new challenge: the misogyny of the rare book trade in 90s Paris. “Male collectors just didn’t believe that I had sufficient knowledge about rare and first editions to sell them.“ She recalled the day a famous book collector came into her shop after spotting a particularly rare edition in the window of Le Pont Traversé. He judged the price astronomical, so Josée offered a small discount. He refused nonetheless, and walked out. Some time later, Comte-Béalu decided to sell the book in an auction room through a male colleague, and found out that the same collector bought it at three times the original price. “That period was painful, humiliating and I suffered a lot,” she said. “I think that men are just beginning to admit that it is possible for a woman to be knowledgeable about this stuff.”

The bookshop’s penchant for poetry has always distinguished it from the bookshop-packed Latin Quarter, attracting an eclectic crowd of ministers, middle-class people and taxi drivers, amongst others. A few months ago, a gang of young women came in looking for female poets like Marceline Desbordes-Valmore and Yanette Delétang-Tardif—considerably lesser known than their male contemporaries, but now revived thanks to French bloggers writing on poetry. “Their enthusiasm is extraordinary,” marveled Josée. “I feel that when young people fall in love with writers today, they fall hard.” 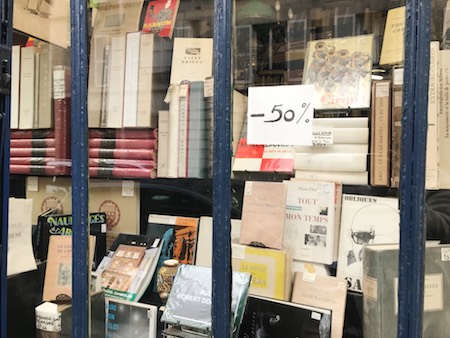 Surely, the closing of Le Pont Traversé won’t shake the foundations of Paris’s literary district—the Latin Quarter still boasts the highest concentration of bookshops in Paris. But it leaves one wondering how many bookshops of the French capital still have such an otherworldly atmosphere as this one and how many can measure up to its dedication to a genre underrepresented by the French education system.

For someone who has been selling poetry for years, Comte-Béalu makes un uncanny declaration: “Poetry is so extremely intimate that I feel we shouldn’t talk about it. All you need to do is to experience it within yourself,” said Josée.

It only seems right for her to deal with the last days of Le Pont Traversé in similar manner—discreetly, far from the TV cameras.

Lenka Hudakova is a freelance journalist based in Paris. She has worked for the French quarterly America, the literary monthly Lire and the BBC Paris.

Our Favorite Literary Hub Stories of 2019 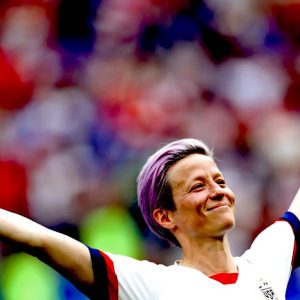 Since last summer, I’ve been watching Megan Rapinoe revel in herself. It’s something of a hobby, bearing witness to feminine...
© LitHub
Back to top
Loading Comments...