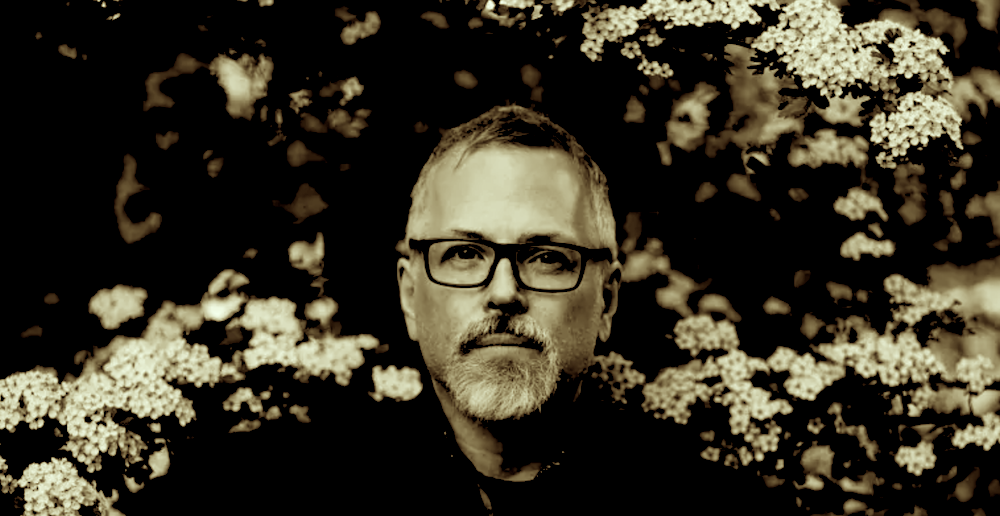 Erin Berger Catches Up With the Author of Dead Astronauts

In Jeff VanderMeer’s work, nature is often the stuff of nightmares. In his recent novel Dead Astronauts, he describes a duck with a reptilian, serrated smile, its body sometimes covered with a thin, oozing crust of blood. In one encounter, it feasts on a rodent with a creepy insatiableness, delicately keeping its prey alive as long as possible. Meanwhile on Twitter, plants and birds make daily appearances in another tone. Alongside a photo of a fluffy bird’s butt one day, VanderMeer wrote: “Any old fool can ID a bird. But it’s a rare talent to ID a bird from its ass. Do you possess that power? DO YOU?!”

The genre-bending “weird Thoreau” built his writing career on just this kind of range. He’s always sought experimental ways to address sobering issues of climate change and exploitative systems, and Dead Astronauts takes a particularly otherworldly tack that’s also darkly humorous, heartbreaking, and disturbingly familiar. Much of the book’s impact comes from the non-human characters whose psyches VanderMeer explores more deeply than in his previous books. With a Twitter naturalist’s taste for weird humor and a desire to address the hypocrisies and horrors of human-nature interaction more head-on, VanderMeer’s latest helps readers shake out of their own perspectives and grapple with just how bizarre a reality we’re already living in.

Part of what makes VanderMeer’s weirdness so striking is his ability to create believably strange natural worlds from a place of granular fascination. He’s often credited this to his time living in tropical locales, especially Florida. VanderMeer has described images in Annihilation inspired by the state as “ecstatically beautiful,” though others may find them startling. His outlook is one that’s familiar to me. Growing up in South Florida, I remember seeing the state’s overwhelming abundance of swarming, growing, dying, consuming creatures as quotidian: gators and buzzards threatening to snatch small dogs, all the leathery flattened toads in the road with their innards artfully askew. It’s impossible to shut out the abundance of life or ignore death and decay, and possible to spend hours engrossed by it. A childhood friend’s mom gold-leafed roadkill toads and mounted them on the wall. On a school snorkeling trip, after a classmate got seasick over the side of the boat, we all got in the water and watched tiny jellyfish swarm the sick.

The way VanderMeer inhabits animal consciousness makes use of that immersive, sensory appreciation for the natural world: “throb on a cusp of reed, clutch water-lily stalks / cling hidden against / the drift warp / of swirling thick water / infintesimal on the edge / of the infinite.” And Dead Astronauts opens as if mid-sentence, mid-run with a pack of sand-colored foxes. An oracle-like blue fox warns them of “scavengers” approaching their city and speaks of three humans, who we soon join in their mission to stop the threat. The book moves through multiple timelines and perspectives as the explorers and onlooking characters experience the fallout of a biotech company that performs horrible experiments on animals. The book takes place in the same universe as the 2017 Borne, a post-apocalyptic City terrorized by creatures made by an entity known only the Company. Dead Astronauts addresses several origin-story elements of its predecessor, but reads very differently, like a hallucinatory epic-slash-poem-slash-internal monologue. Or sci-fi with some Beowulf and The Sound and the Fury thrown in. It gives VanderMeer’s readers exactly what they would expect: something entirely different.

“I get bored doing the same book twice,” he told Lit Hub. “And I think if you use the same narrative structure too often, you’re not making any progress in your own self-education.”

“What I’m trying to preach, if I’m preaching anything, is the idea of doing the least harm possible.”

Dead Astronauts also strives beyond the human perspective that characterized Borne and brings back creatures briefly mentioned in its predecessor: a duck with a broken wing, a giant fish, a blue fox. But this time, they get an internal life. Some offer a poetic stream of consciousness (“Lurking under mud flats, swallowing ballast to sink into mire and muck, mottled-mute until only eyes protruded, gold-rimmed…”). Others talk and leave nothing to interpretation. “Do you ever wonder what it would be like not to live in the world of humans?” the bloodthirsty duck comes to ask.

VanderMeer has always cared about bringing an understanding of animal behavior and biology to his work while knowing his limitations. If it’s impossible to fully understand how another human thinks, it’s even harder to extrapolate how an animal’s mind works. The animals in Dead Astronauts, though, have all been messed with by humans, and adapted into something that more resembles human consciousness. “That gives me the kind of narrow pathway to still try to do something that goes beyond the human, but has a certain amount of plausibility to it,” VanderMeer said.

The fox in particular gets a strong voice to expose the hypocrisies of how humans exploit and modify nature. After being subject to experiments by the Company, including one that gives him a blue color, his section goes increasingly off the rails. He takes violent revenge on humans (“Some we killed with chainsaws, to remind them of what it really meant to be a tree. A messy business”), mingles at a dinner party and rages at humans (“I wondered if I ran over the taxidermist and preserved her in resin if she would feel beautiful”), remembers how happy he was before the humans (“The joy of running. The joy of digging. The joy of hunting earthworms through the dirt”).

There’s something queasily lighthearted about a section that watches a leviathan fish, once employed to eat all the Company’s failed experiments, losing its appetite.

“The fox may come across as very angry because I just didn’t want that character in particular to be espousing a human point of view at all,” VanderMeer said. Remembering the moment he’s taken by the Company, the fox recalls the look in his mate’s eyes but stops short of giving us the sentimental satisfaction we expect. “The tale you always need to care. Which shows you don’t care. Why we don’t care if you care.”

VanderMeer laces the book with these jolts, though many of them are more wink than face-slap. The animals are sarcastic, self-aware, confused by their own monstrous tendencies. There’s something queasily lighthearted about a section that watches a leviathan fish, once employed to eat all the Company’s failed experiments, losing its appetite. The blue fox, recalling some vile and pointedly human-like things it did, said, “But I was a fox. How could I do any of that?… What do you think, human? Do you think I could do that?”

Where VanderMeer’s treatment of nature might feel familiar to a Floridian, his surrealist humor will likely feel familiar to his 36,000-plus Twitter followers. Much of his timeline employs his distinctive sensibility in lovingly pedantic daily backyard updates. He started sharing more when he and his wife, editor Ann VanderMeer, moved to a home in Tallahassee with a better view of the backyard than their last. He started watching birds out the window every day, and the nighttime wanderings of critters like raccoons on a trail camera. He’s come to know many more species of birds, insects, and trees, and even some individuals, like the three box turtles who live in a ravine near his house. “It’s just the process of accumulating layers, so to speak,” VanderMeer said of getting to know the landscape around him. “Something that I thought was three dimensional was actually two dimensional, and now it’s more three dimensional. I think that also affects the work going forward.”

His posts are often shots of cool plants and animals with a simple identifying caption, an earnestly unhinged joke (he pulled a Halloween prank involving a squid suit and his trail cam), or an educational tidbit (don’t leave out yarn for birds to make nests with—it’s bad for them!). “All I thought was, I’m gonna post all these photos of my backyard and I’m gonna lose followers in droves,” he said. “And in fact, the opposite happened.” Followers started telling him that they’d been inspired to, say, stop using pesticides and herbicides in their own backyards.

Sure, it’s just Twitter. But it’s also a neat encapsulation of the work required to be a thoughtful member of a healthy functioning ecosystem. VanderMeer is making a near-daily practice of learning and sharing what he knows, whether he’s discovered that a bush in his backyard is actually invasive and produces berries that are poisonous to birds, or how mowing and landscaping a yard has a ripple effect on all the life that interacts with that space. “What I’m trying to preach, if I’m preaching anything, is the idea of doing the least harm possible,” he said. “And I think that is both a tactical and a strategic thing.”

While Dead Astronauts deals with more immediately apocalyptic ripple effects, it still shares some of the DNA of VanderMeer’s online presence. His tonal switches, from enraged to darkly humorous to off-the-rails and back again, seem very much of the Internet. So does his impulse to be more didactic than in past books. It doesn’t take a close reading to know that the fox’s entire chapter is a damning look at how we dehumanize wildlife, even when we mean well. At one point he captures a biologist, bands and studies him. “It’s what we do. We band things. It’s nothing personal. It’s about the species.” The Company’s most notorious villain gets an origin story depicting a well-meaning but (literally) tortured boy who believes his animal experimentation is creating a magical garden. It’s not hard to see similarities between the tech unicorns of late-stage capitalism and the Company, which is described as an opaque force lacking face or body but with many limbs that meddle in all kinds of mysterious ways. “I think there’s a lot of horror in the fact that we are trapped in these systems where no matter what we do, it’s very difficult not to do harm or not to buy into the system,” VanderMeer said. The human characters of Dead Astronauts are morally direct depictions of the choices we can make within those systems: how hard it is to fight back (the astronauts), or all the ways we fool ourselves into thinking that buying in isn’t so bad (most of the other humans).

In Dead Astronauts, as in real life, the stakes are high and the problems are daunting. How not to be swimming in dread all the time? How to snap out of your own day-to-day? The book, for all its darkness, feels like one hopeful answer: stay awake to what makes your reality baffling, horrifying, ridiculous, and worthy. Those who do it best in Dead Astronauts, of course, are the talking animals, who aren’t wise woodland nymphs or innocent creatures who don’t understand why the humans are treating them so badly. It’s all the more striking to hear both the beauty of a well-functioning ecosystem, and the horror of tinkering with it, from the mouth of a fox who’s cynical, human-hating, and somehow all-too-human. “That, I think, channels that sense of humor and joy that you see on Twitter, because it’s very much a slapstick comedy at times,” VanderMeer said. “It’s also very serious.”

Erin Berger is a Santa Fe-based freelance writer whose work has appeared in Outside, The Guardian, Popular Science, and elsewhere.

When You Find Out Someone Won a Prize Plagiarizing Your Work 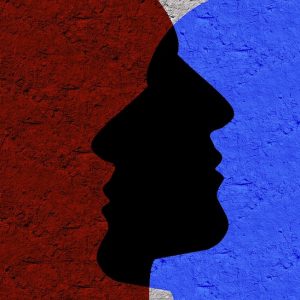 When You Find Out Someone Won a Prize Plagiarizing Your Work

A few weeks ago I received an email from an unfamiliar sender. In the subject line was the title of a story I wrote five...
© LitHub
Back to top