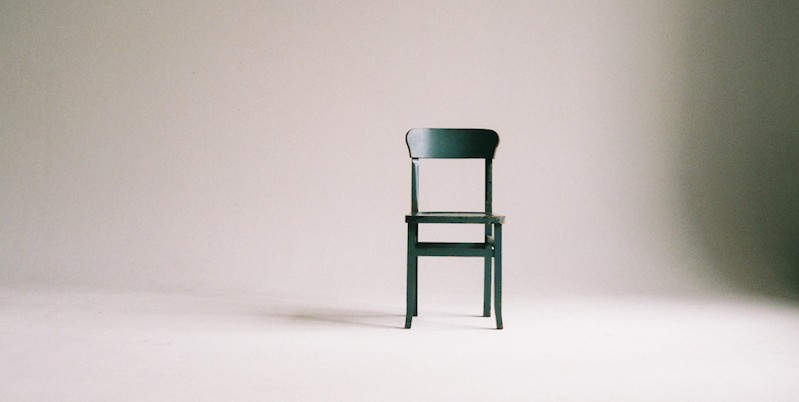 How Do Some Authors “Lose Control” of Their Characters?

Is it the Mysterious Work of the Unconscious, or the Mechanized Brain?

Many fiction writers say that their characters seem to have minds of their own. Writers sometimes report that they feel that the events in their novel, or even the words themselves, are being dictated to them outside of their conscious control. Some writers report that they need their characters to do something, presumably for some plot reason, but the character “refuses” to do it.

This feeling, the “illusion of independent agency,” is quite common. I was at a writers’ panel and one author said that her characters wouldn’t do what she said, and another writer said that he was in complete control of his characters. Marjorie Taylor surveyed 50 fiction authors and found that a full 92 percent of them experienced this phenomenon of their characters having their own agency. Some writers even report that writing feels more like dictating what their characters do and say than creating the story deliberately. Some characters feel so real authors have imaginary conversations with them, much like children have conversations with imaginary friends.

John Foxwell’s research found that 69 percent of authors hear voices of their characters, and 42 percent can enter into dialogue with them. Sixty-five percent say they can act on their own accord.

Mary Watkins has documented evidence of many famous authors who insist that their characters are autonomous and out of their control. For example, Philip Pullman, author of the His Dark Materials trilogy, reports negotiating a deal with his character Mrs. Coulter to get her to spend time in a cave in one of his books. Some authors have reported that their characters give them unsolicited advice about the writer’s own life!

Seventy-one percent of authors say their characters become more autonomous over time. After about 30 thousand words, some of the main characters seem to take on lives of their own. One author said, “I nowadays just plan my books halfway as I know that in the middle of the writing process the characters will take over the story so my planning will be useless anyway.”

The perceived autonomy of these characters is very strong. Some authors even insist that one can’t be any good as a writer unless this is the case. One author said that without their main characters becoming autonomous, the characters become shallow archetypes.

But sometimes it can get in the way of the story the author is trying to write, when their characters refuse to behave and do what is needed for the book. One author said: “They develop their own narratives, rapidly accumulating their own histories and anecdotes—if unchecked, I have had to kill off characters to stop a story digressing out of sight.”

Just as authors sometimes complain that their characters will sometimes act in ways they do not like, imaginary companions can be very annoying to the children that create them.

When Alice Walker was writing The Color Purple, not only did her characters seem to choose their own actions in the plot, but they regularly visited her and commented, sometimes unwelcomely, on Walker’s own life.

We don’t even need to turn to imaginary companions or to fiction authors to find imagined characters acting with their own agency—most of us experience such characters every time we dream: we have imagined experiences of vivid characters we can’

t consciously control. This is even true for lucid dreamers. Composer Robert Schumann believed that his compositions were communicated to him by other (dead) composers, such as Beethoven.

What is going on here?

Just as authors sometimes complain that their characters will sometimes act in ways they do not like, imaginary companions can be very annoying to the children that create them. At the core is the issue of control. Even though imaginary companions are make-believe and the people who have them know it, sometimes the friends feel out of control, or can even be downright frightening. One 14-year-old boy slept with his hands covered for three years out of fear that a giant would step out of a picture on the wall to cut off his hands.

It’s unclear whether this giant counts as an imaginary companion, because he does little more than scare the boy, but the normally friendly imaginary companions of children can not bother to accompany a child on a trip, sometimes fail to show for playtime, talk too loudly, not share, and so on. One child’

s day was ruined when his imaginary companion, a pony, had made other plans and could not accompany the child to a horse show.

Jennifer Mauro found that 34 percent of children with imaginary companions say they get angry with the children sometimes, and parents witness arguments between the child and the imaginary friend.

But most of the time children are in conscious control. Marjorie Taylor tried to get children in the lab to be envious of their imaginary companions. They gave the companions a present and informed the children that the companion refused to share. The experiment had to be discontinued, because the children got annoyed with the researcher rather than with the companion! They don’

t abide other people trying to control their companions.

So why do children sometimes seem to be in control of their companions and sometimes not? Why do some characters feel in control by their authors and other times not? We distinguish hallucination from other imagination, in part, because we are in control of what we imagine—in hallucination and dreaming, for example, we have little or no control. So if these children are simply imagining their friend, why not simply make the friend behave? Somehow, the friend seems, to the child, to have its own autonomy.

It could be that, in the cases of imaginary companions and well-fleshed out characters that authors imagine, the person’s idea of what the character is like is so detailed and well-understood that the mental processing done to explain and predict what these characters say and do becomes completely unconscious. It’

To understand my interpretation of this phenomenon, it’s important to understand a pervasive ability of the human mind known as “automatization,”or making things automatic. When you do something complex for the first time, it’s difficult or downright impossible—recall learning to drive, playing pinball, or dancing salsa. What happens is that over time the task becomes automatic. You can then do the task pretty well, often without even thinking about it.

You might have experienced meaning to stop at a store on the way home from work, but then finding yourself home, without having thought about the ride at all during your trip. While you were driving, you were thinking about other things. You might have started out with the intention to stop at the store on the way home but ended up not doing it. Your automatized memories got you home.

Just like all automatized things, it feels like it’s coming from nowhere. The characters are being thought about by the old brain, unconsciously.

When I was first learning to swing dance, it seemed impossible. If I paid attention to my feet, my hands did the wrong thing. If I turned my partner correctly, I’d lose the beat and not know where to put my feet. But after doing it for many years, I got to the point where I could do the basics without any conscious control at all. I could think about what was coming up in the song, so that I could time a dip perfectly. I could hold a philosophical conversation while swing dancing at a fast clip. And I met my wife this way. Such is the power of automatization. It can help you get married.

Activities get so well learned that they become fast and unconscious. It is most obvious in physical tasks, such as sports and driving. It could be that automatization can also happen to reasoning—that is, doing things that don’

But what’s interesting is that I was convinced that it was wrong before I was conscious of the reasons why! What is probably happening here is that there is an automatized, unconscious reasoning going on, and only when I have to talk about it am I required to use my conscious mind to reconstruct, or invent, a justification for the feeling.

Fiction authors need to create whole people in their minds, including appearance, mannerisms, culture, ways of speaking, attitudes, preferences, personalities, goals, and so on. At first, this can be cognitively demanding, but over time, thinking about this (fictional) person becomes automatized. Because the author is no longer conscious of the thinking process that determines what the character would want, do, or say, it feels like the character is a person telling her (in her mind) what’s what. It is similar to a mental models you create of people you know very well.

You instantly know that your spouse would like this book or not like this restaurant. It could be that the same trend is happening with imaginary companions and novelists’ autonomous characters: they start out as a conscious creation, but then when they become automatized, they can start “misbehaving.” So what might be happening with these authors is that they start out consciously thinking about a character, and after they get a good mental model of what the character is like, it becomes automatized, so that they no longer need to consciously reason out what the character would do in a particular situation, how they would react to things. Just like all automatized things, it feels like it’

s coming from nowhere. The characters are being thought about by the old brain, unconsciously.

The new and old brain distinction is important for understanding imagination and creativity, because often we have no idea where our creative ideas come from. The old brain is largely unconscious, so ideas that bubble up from its depths seem to come from nowhere. Long before a complex understanding of the unconscious mind, the ancient Greeks attributed these ideas, which seemingly came from nowhere, as being delivered by gods, the muses.

But not all of these unbidden ideas come from ancient evolved systems. Because we can automatize practiced actions, we can render them unconscious, too. My ability to swing dance without thinking about it certainly isn’t an evolved behavior! 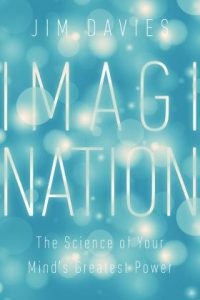 Excerpted from Imagination: The Science of Your Mind’s Greatest Power. Used with the permission of the publisher, Pegasus Books. Copyright © 2019 by Jim Davies.

Jim Davies is a professor at the Institute of Cognitive Science at Carleton University. He is the director of the Science of Imagination Laboratory and the co-author on two editions of The GNU Scientific Library Reference Manual. He is the author of Riveted: The Science of Why Jokes Make Us Laugh, Movies Make Us Cry, and Religion Makes Us Feel One with the Universe. He lives in Minnesota. 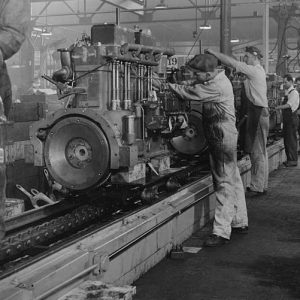 I grew up in a working-class suburb of Melbourne, Australia. My parents were Sicilian. They left school at the end of Grade...
© LitHub
Back to top
Loading Comments...