Richard Sorge was a bad man who became a great spy—indeed one of the greatest spies who ever lived. The espionage network that he built in pre-war Tokyo put him at just one degree of separation from the highest echelons of power in Germany, Japan and the Soviet Union. Sorge’s best friend, employer and unwitting informant Eugen Ott, German ambassador to Japan, spoke regularly to Hitler. Sorge’s top Japanese agent Hotsumi Ozaki was a member of the cabinet’s inner advisory council and regularly talked to Prime Minister Prince Konoe. And in Moscow, Sorge’s immediate bosses were constant visitors to Stalin’s Kremlin study. Sorge survived as an undetected Soviet spymaster for nearly nine years in Tokyo, even as Japan was swept by hysterical spy mania and the police constantly hunted for the source of his regular, coded radio transmissions. And yet he managed to steal the most closely kept military and political secrets of both Germany and Japan while hiding in plain sight.

Sorge was both an idealistic communist and a cynical liar. He saw himself as a soldier of the revolution, a member of an exalted class of secret party cadres entrusted with the sacred task of penetrating the citadels of the USSR’s imperialist enemies. But at the same time he was a pedant, a drunk, and a womanizer. He was addicted to risk, a braggart, often wildly indisciplined. On his frequent alcoholic binges, he crashed cars and motorcycles, drunkenly confessed his love for Stalin and the Soviet Union to audiences of Nazis, and recklessly seduced the wives of his most valuable agents and closest colleagues.

Sorge often spoke of himself as a romantic hero, a robber-knight from German Romantic poetry. In truth he was one of the lonely deciders who haunt the fringes of the political desert, a man always destined to carry the burden of superior knowledge and higher motives than the lesser humans who surrounded him. A self-professed champion of the working masses, he was a raging intellectual snob whose natural milieu was the casinos, whorehouses and dance halls of pre-war Shanghai and Tokyo.

Above all he was a professional dissembler. Like most who reached greatness in his profession, Sorge was driven by a profound compulsion to deceive. Deception was both Sorge’s skill and his fatal addiction. For most of his life Sorge lied to all those around him—his many lovers and friends, his colleagues and his masters. Perhaps he even lied to himself.

One of the most extraordinary things about the Sorge story is the realization that he moved in a world of shifting international alliances and infinite possibility. To the nation-state players at the time, even the most cast-iron certainties of hindsight were still malleable—even such apparently immutable matters as which nation would be on which side in the Second World War. For much of Richard Sorge’s career, the Soviet Union and Germany, while ideological opponents, were in fact covert allies. Throughout the 1920s the German Army sent thousands of troops for training on the plains of Belorussia, under the terms of a secret agreement between Moscow and Berlin. In 1939 Stalin struck a deal with Hitler to divide up Europe, from the Baltics to the Balkans via Poland. Soviet and Nazi troops, victorious against their common Polish enemy, staged joint victory parades in Brest and other occupied cities.

As late as February 1941, Hitler was offering Stalin membership of the Axis powers—albeit while simultaneously preparing to invade the USSR—and urging that Germany, Italy, Japan and the Soviet Union divide the world between the great dictatorships of the age. Stalin, while wary, was certainly tempted. Until the night of June 22, 1941, Hitler and Stalin were allies and the latter apparently believed that he would remain so. Even more strangely, we now know—as Richard Sorge did not—that from September 1940 Stalin had also laid his own contingency plans for invading Germany, known as Operation Groza. Even as he sent Germany vast supplies of corn, oil and steel to fuel the Nazi war effort under the terms of the 1939 non-aggression pact with Berlin, the Soviet dictator had his own opportunistic scheme in place for double-crossing Hitler should the opportunity arise.

Sorge’s world was one where alliances even between such natural enemies as Hitler and Stalin, Stalin and the Japanese militarists, were made and broken.

Japan’s role in the world war was even more mutable. It was clear from the moment that a group of renegade Japanese officers provoked an invasion of Chinese Manchuria in 1931 that Tokyo’s military had expansionist dreams in Asia—ambitions that would, in time, swamp the protests of the civilian government at home. But Japan’s attitude to Russia was deeply ambiguous. The Japanese Army lobbied forcefully for an invasion of the Soviet Union—an invasion which would have utterly destroyed Stalin’s efforts to fight the Germans after the Nazi invasion of Russia in 1941. The Japanese Navy was equally adamant that the nation’s imperial destiny lay to the south, in seizing control of the rice fields of Indochina and the oil wells of the Dutch East Indies. Thus the survival of the USSR hung on the intricate power plays inside the Imperial Japanese General Staff in 1941. Could Stalin afford to denude the Soviet Far East of troops in order to defend Moscow? It depended on knowing whether or not Japan’s 1941 invasion plan for the USSR was going to be put into action. And it was their master agent, Sorge, who could tell them.

Nor was Japan’s collision course with America by any means certain, even as late as October 1941, just weeks before the Japanese Navy’s surprise attack on Pearl Harbor. On the contrary, Prime Minister Konoye had spent years desperately trying to forge a deal with Washington to avoid war in the Pacific. His envoy, Admiral Nomura, Japan’s ambassador in the United States, came tantalizingly close to negotiating a non-aggression pact with US president Franklin Roosevelt in the summer of 1941.

Sorge’s world was one where alliances even between such natural enemies as Hitler and Stalin, Stalin and the Japanese militarists, were made and broken. Unlike most spies of the 20th century, Sorge’s espionage was not merely a matter of betrayed agents and blown secret operations; it had a terrifyingly direct bearing on the fate of nations and the course of the entire war.

Among the stranger aspects of the Sorge story is that unlike many other tales from the shadow world of espionage, it is extraordinarily well documented. After their arrest by the Japanese authorities in October 1941, every member of the Sorge spy ring—with the honorable exception of Kawai, one of Sorge’s junior agents—sang like canaries. All confessed because of a basic desire to survive. But the various members of the group all had different motivations for their cooperation. Sorge himself had been misunderstood and unappreciated for years by his Moscow masters, and wrote a long prison confession that boasted about his own espionage prowess, his professionalism and integrity. We know, but Sorge did not, that he was also frankly distrusted by his controllers in Moscow who thought he could be a double agent. Sorge hoped, until the very end, that the Soviet Union would save him; therefore Sorge confessed nothing of his doubts about communism, his plans for flight, his secret bank account in Shanghai—these we now know about from other sources.

The spy ring’s long-serving radio man, Max Clausen, had the opposite message for the Japanese. He freely admitted to losing his communist faith and even boasted about systematically sabotaging his boss’s espionage efforts by regularly ripping up or severely truncating the cables that Sorge had given him to send. Clausen evidently hoped for mercy from his captors, which he received. Sorge’s star agent, Hotsumi Ozaki, an idealistic young journalist who later rose to the position of trusted adviser to the Japanese cabinet, was keen to prove that his apparent treachery was a species of patriotism. Ozaki told his captors that he had been working for the cause of international peace and had his nation’s best interests at heart, as he strove to avoid a war between Japan and Russia.

Whatever their various reasons, the prisoners gave their Japanese interrogators a gigantic trove of detailed information on their lives and espionage careers stretching back as far as the early 1920s. More, the Japanese secret police had been intercepting and transcribing the ring’s encoded radio messages from almost the first moment that Clausen had begin transmitting the secret reports from Tokyo to Moscow. Despite strenuous efforts, the Japanese had never been able to locate the transmitter, nor decipher the messages. But once Clausen surrendered the book code that he had used to encrypt his telegrams, Japanese military intelligence was able to read almost every word of Sorge’s secret correspondence with his masters in Moscow. The confessions and the transcripts, which fill two thick volumes of testimony, were published in full after the war. This evidence was later cited at length by McCarthy-era anti-communists in the United States as a lurid blueprint of how Soviet intelligence could penetrate the highest levels of a government. 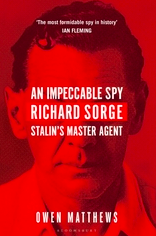 Owen Matthews studied Modern History at Oxford University before beginning his career as a journalist in Bosnia. He has written for the Moscow Times, The Times, the Spectator and the Independent. In 1997, he became a correspondent at Newsweek magazine in Moscow where he covered the second Chechen war, Afghanistan, Iraq, and the conflict in Eastern Ukraine. His first book on Russian history, Stalin's Children, was translated into 28 languages and shortlisted for The Guardian First Books Award and France's Prix Medicis.

Scattering a Mother's Ashes: On Grief, Intimacy, and Renewal

For John Berger, the Time We Feel Most Deeply Can't Be Kept on a Clock 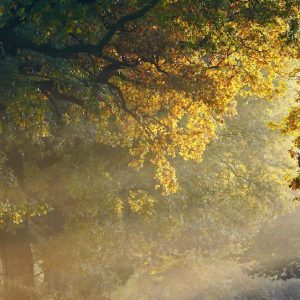 Scattering a Mother's Ashes: On Grief, Intimacy, and Renewal

5/10 – Dad called us, Thom and me, into the office. Its bifold louvre doors opened just behind my dining chair. He showed...
© LitHub
Back to top
Loading Comments...