TODAY: In 1934, Rudyard Kipling and W. B. Yeats are awarded the Gothenburg Prize for Poetry.

“Unfortunate the land whose citizens pass the buck to a hero.” Rebecca Solnit on Robert Mueller, Greta Thunberg, and what we risk by relying on heroes • Katherine Dunn sure knows how to cuss • A reading list of modern Greece from our beloved Comma Queen, Mary Norris • Édouard Louis on his father • Jenni Fagan on the urgency and life-saving necessity of writing poetry • Beth Nguyen on making MFA workshops better for writers • Belle Boggs: Why don’t more writers become public school teachers? • Polly Rosenwaike on motherhood, a job like any other • On the stray dogs of Mexico City • Douglas Brinkley considers five books to help us understand the present moment • Sloane Tanen on the lessons of Sloane Peterson • 1984: still-relevant classic or “a wet, moody rag”? (Decidedly the latter, according to these one-star Amazon reviews) • Valerie Jarrett recalls 26-year-old Michelle Obama’s remarkable job interview, and her first dinner with a young political super couple-to-be • An afternoon at María Gainza’s Buenos Aires home • On the protean etymology of spring, season of marvels • Mary Laura Philpott on the surprisingly tricky art of subtitling • On Bryan Washington, rising star of literary Houston • Enjoy these unused alternative covers of modern classics • On Eso Won Books, one of the country’s oldest Black-owned bookstores • Cherríe Moraga on her mother’s struggles and being Mexican in a white world • Why is domestic labor a source of so much ambivalence (no matter who performs it)? • 19 books you should read this month • Learning to love the worst commute in America • Raynor Winn takes a final walk with her husband on the longest path in England • Gabrielle Bellot on the shameful debate on Equality Act • On Richard Dawkins and the dangers of reductive science • Writing advice from Saul Bellow

Subscribe to the new Book Marks Bulletin for reviews, news, pre-publication giveaways, and more!
Everything was beautiful and nothing hurt…except the bad reviews: what the critics first wrote about Slaughterhouse-Five • Shelf Love: literature in translation recs from the Riffraff, Providence’s vibrant new indie bookstore • Shhh…Secrets of the Librarians: a new interview series begins with Kristen Arnett on Florida writers and taking care of your community • Phantoms author Christian Kiefer on five books about mothers who are also human beings, from Mrs. Bridge to Sing, Unburied, Sing • Sci-Fi and Fantasy Books to Read in April: feat. William Gibson, Rebecca Roanhorse, queer Shakespeare, and more • This week in Secrets of the Book Critics: NPR’s Jason Sheehan on Neuromancer, Elif Batuman, and glorious geekery • Sally Rooney’s politics, Susan Choi’s untruths, Salman Rushdie on a dazzling debut, and more of the Book Reviews You Need to Read This Week • Laila Lalami’s The Other Americans: a testament to our modern dilemma OR an explanatory novel of clichés? • New titles from Miriam Toews, Nell Freudenberger, Mark Bowden, and Chris Rush all feature among the Best Reviewed Books of the Week

Sarah Weinman on Sandy Fawkes, the British journalist who crossed paths with an American serial killer • April’s must-read crime and mystery books • JoeAnn Hart investigates the long-unsolved murder of a friend • Craig Pittman delivers an ode to John D. MacDonald, crime writer and environmental activist •  All the bestpsychological thrillers out this April • Mark Bowden on true crime research in an era of boundless raw footage • Leslie S. Klinger and Lisa Morton on the evolution of ghostly literature • Stephanie Jo Harris on Victor Hugo’s creation of the archetypal cop: Inspector Javert • Your guide to what’s streaming this April • Gyles Brandreth has a new theory about Jack the Ripper • “I think perhaps all of us go a little crazy at times.” The world according to Psycho author Robert Bloch, born this week in 1917 • Scarlett Harris asks, why do we keep romanticizing evil men? •  Author and competitive poker player Jane Stanton Hitchcock on embracing obsession • Max Allan Collins on the risks and rewards of writing outside your comfort zone • Seth Fried on AI and the noir of the future • Olivia Kiernan recommends 7 thrillers in which small town secrets breed dark crimes • Parnell Hall’s adventures in competitive crossword puzzling

At the Birth of the Mexican MeToo Movement, a Statement From
Women in Publishing 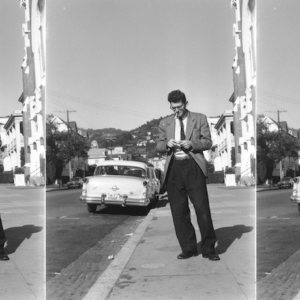 “There is such a thing as overcapitalizing the A in artist.” Writing advice from Saul Bellow. | Lit Hub “Living...
© LitHub
Back to top