The Most Boring, Depressing Book of All Time?

“War is Peace . . . Freedom is Slavery . . . Ignorance is Strength . . . Boring is Exciting.” Yes, the latest in our series of one-star reviews is George Orwell’s classic Nineteen Eighty-Four, which has recently enjoyed (?) a resurgence in our popular imagination due to the gaslight-heavy political climate.

And, well, to all those appalled that anyone out there doesn’t like Nineteen Eighty-Four, I have good news for you: Bernie is on it. Bernie wants people to explain themselves. Bernie is snide about the movie version. Bernie will gaslight you about the ending. Bernie believes in the sanctity of reviews. Bernie is the review police. If Bernie could give your one-star review a one-star review, he would. Bernie has a bird on his shoulder. Wait. No. Maybe? Decide for yourself: 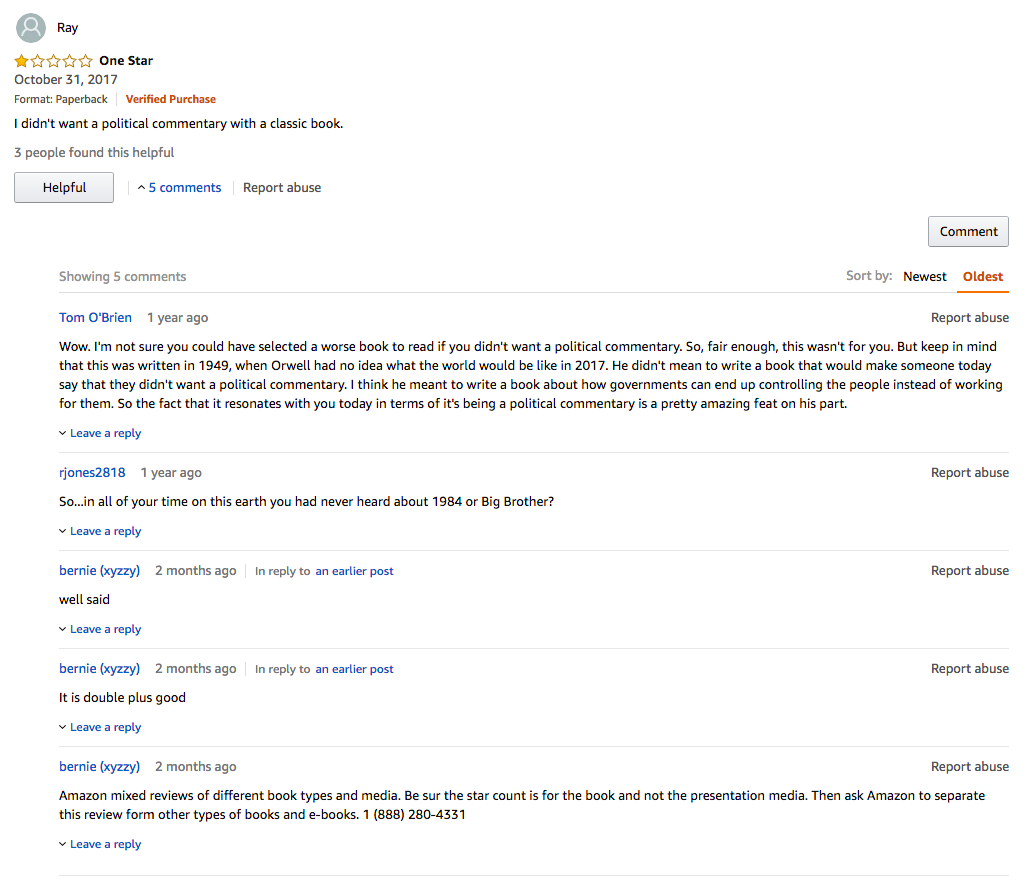 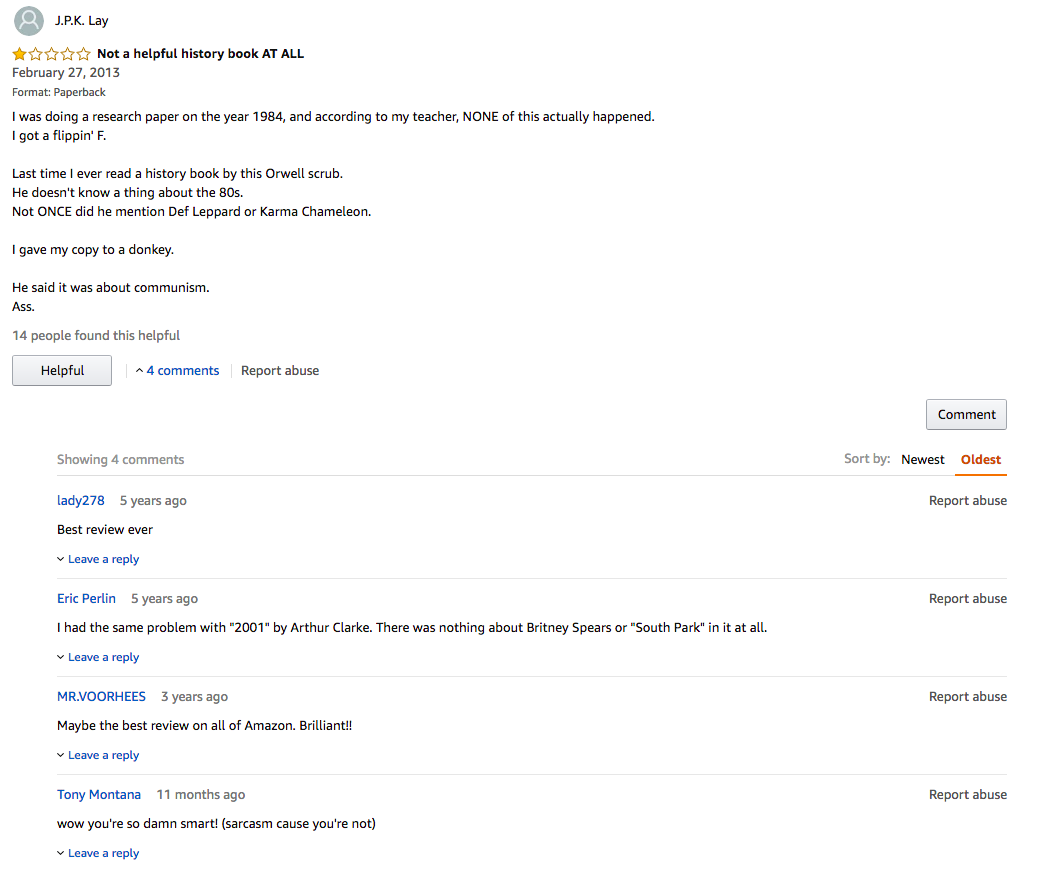 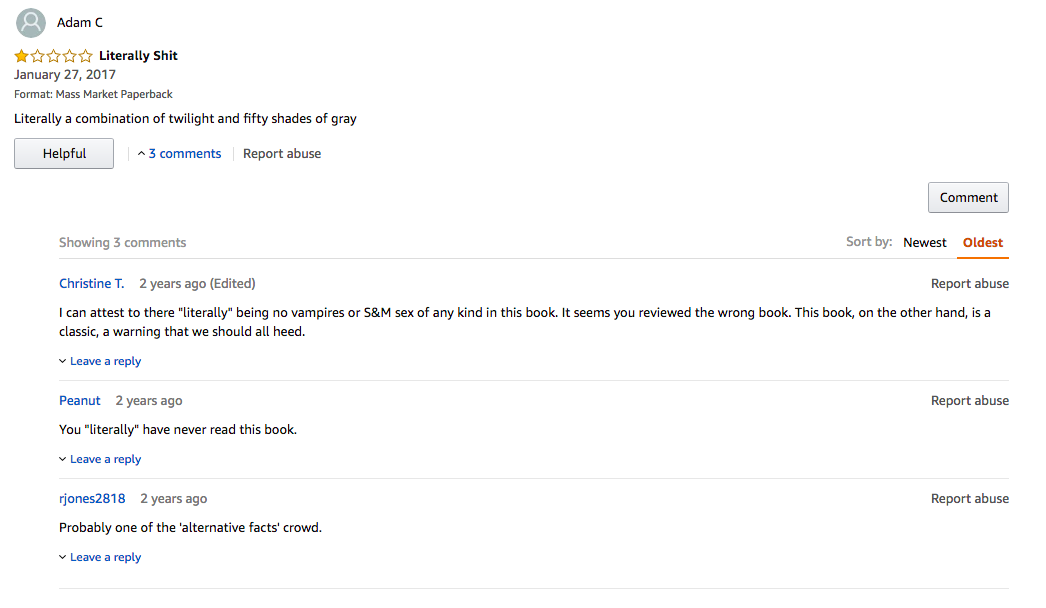 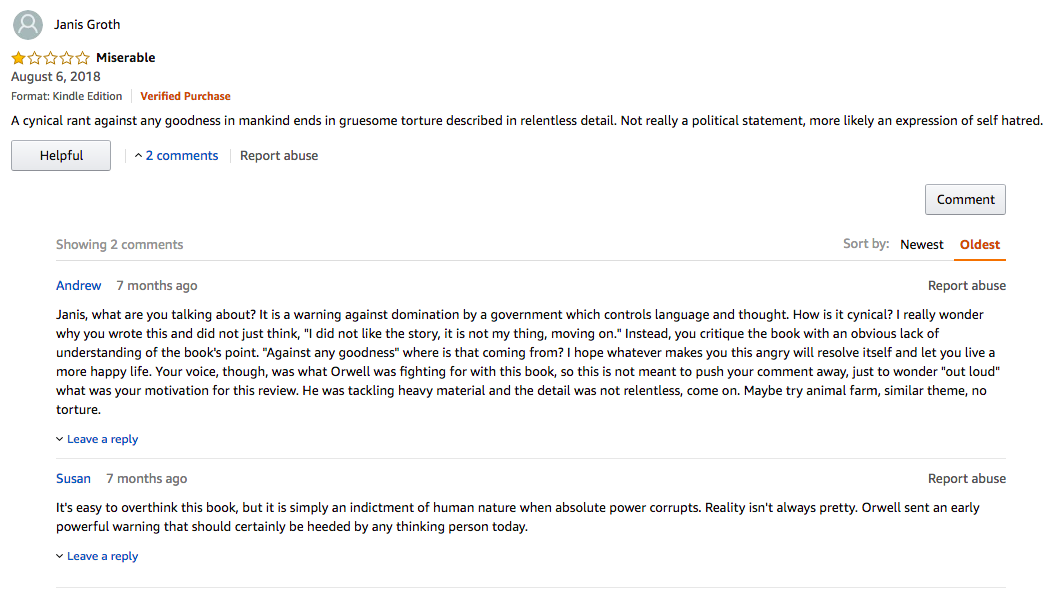 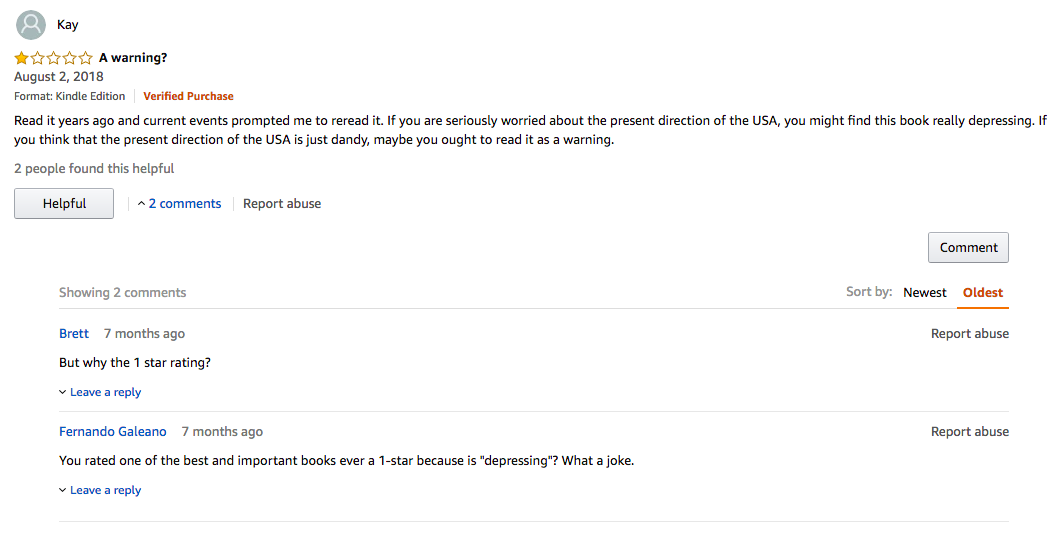 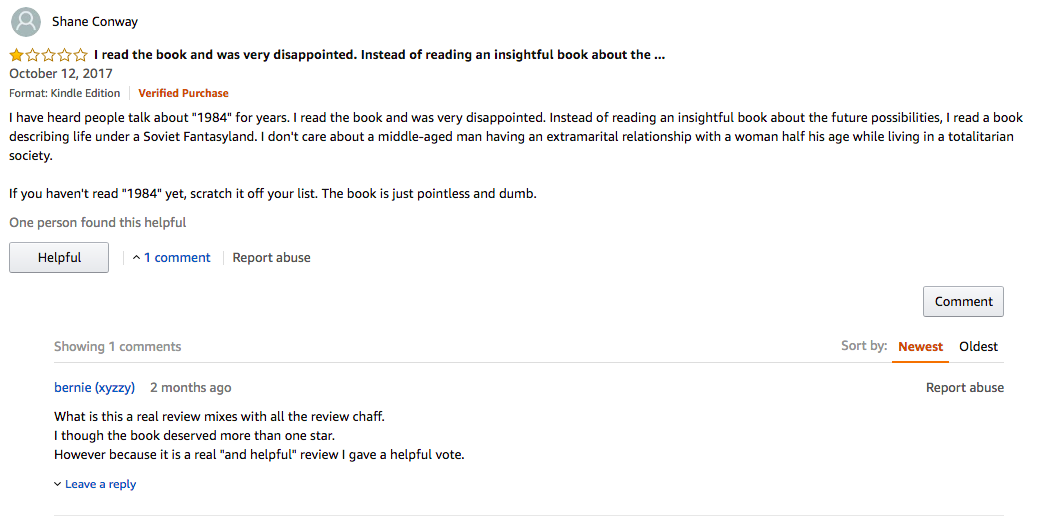 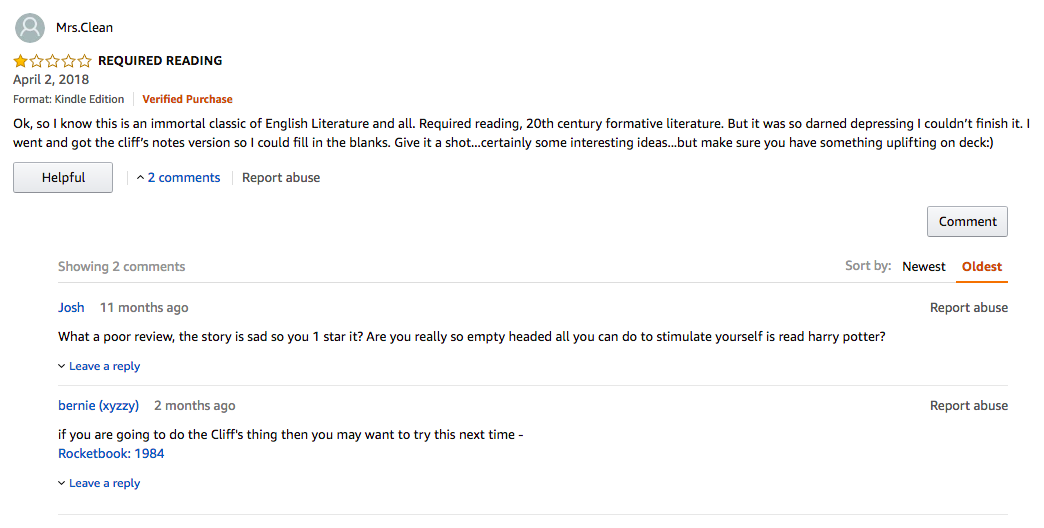 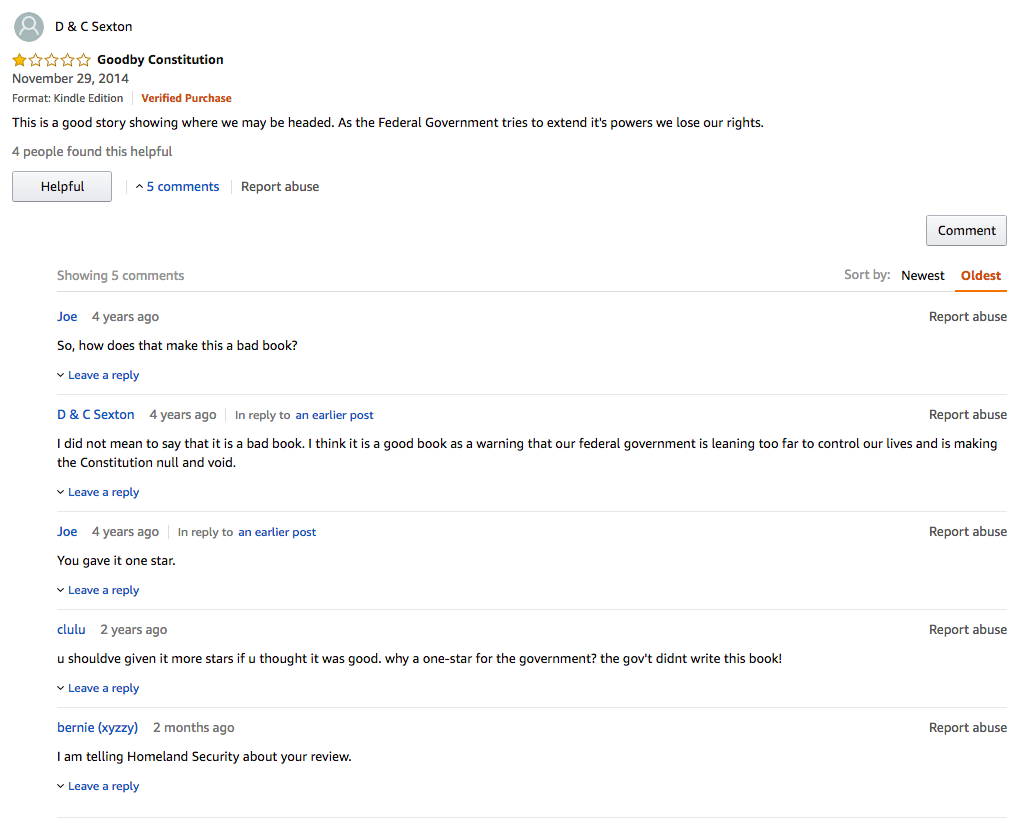 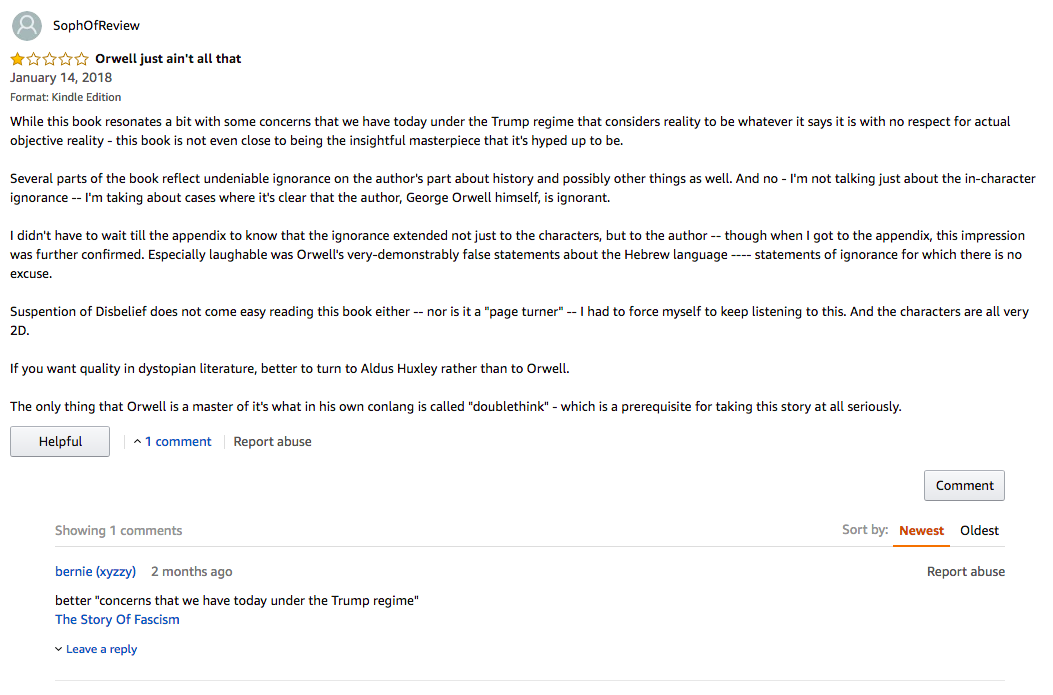 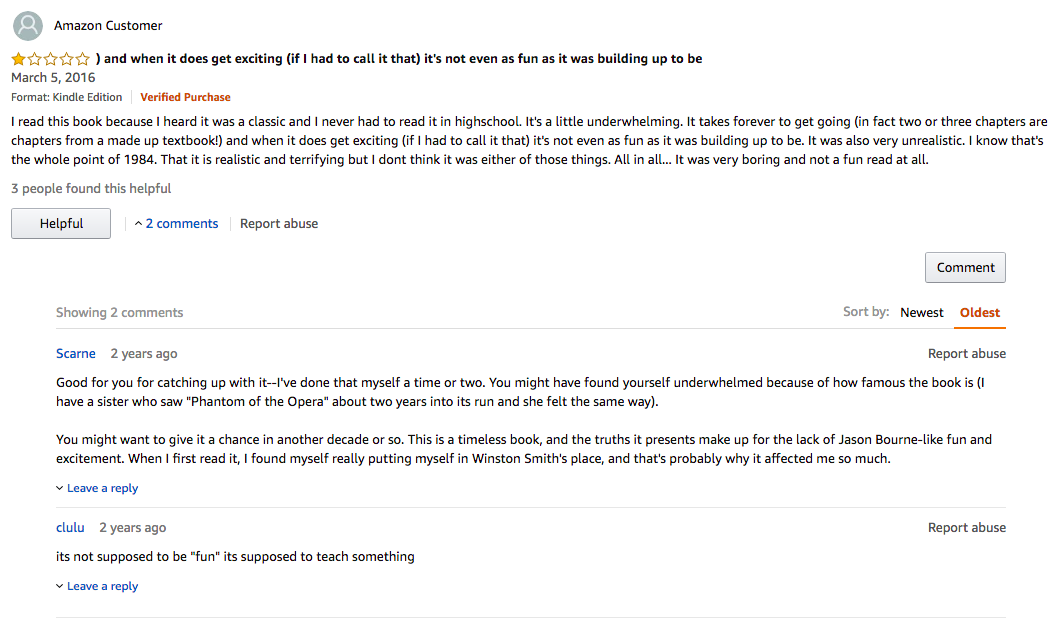 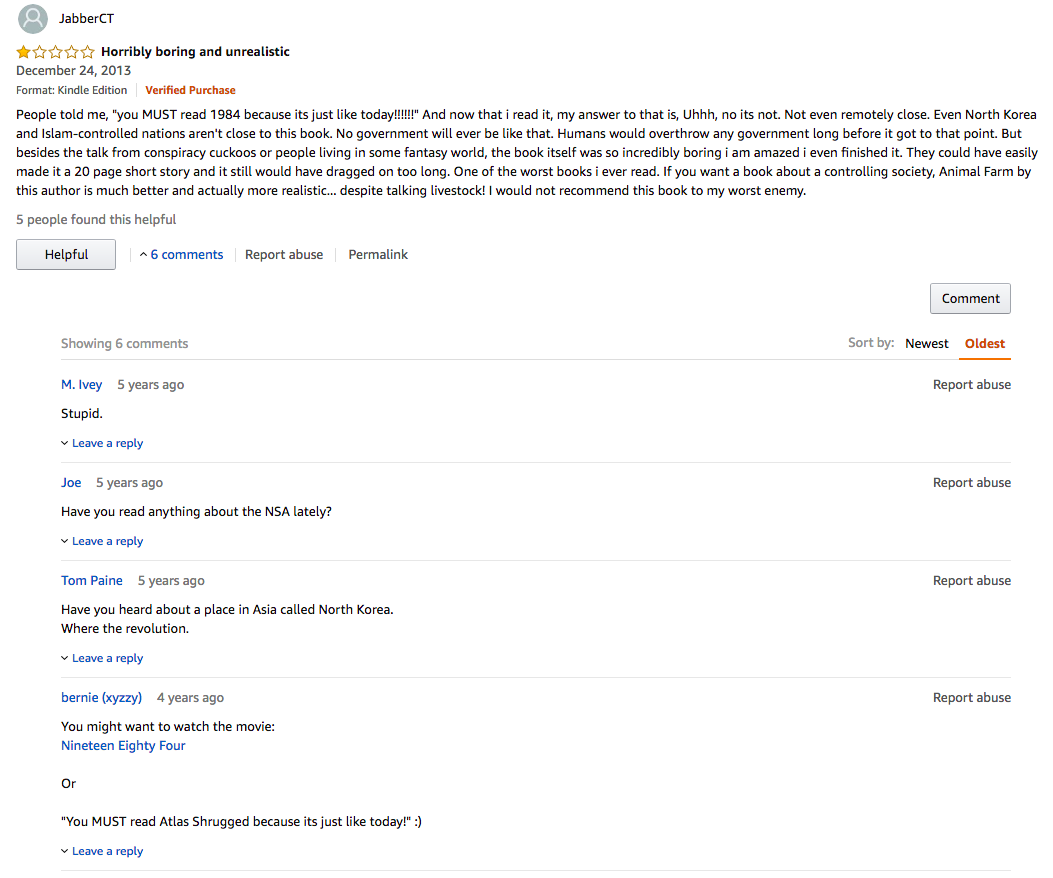 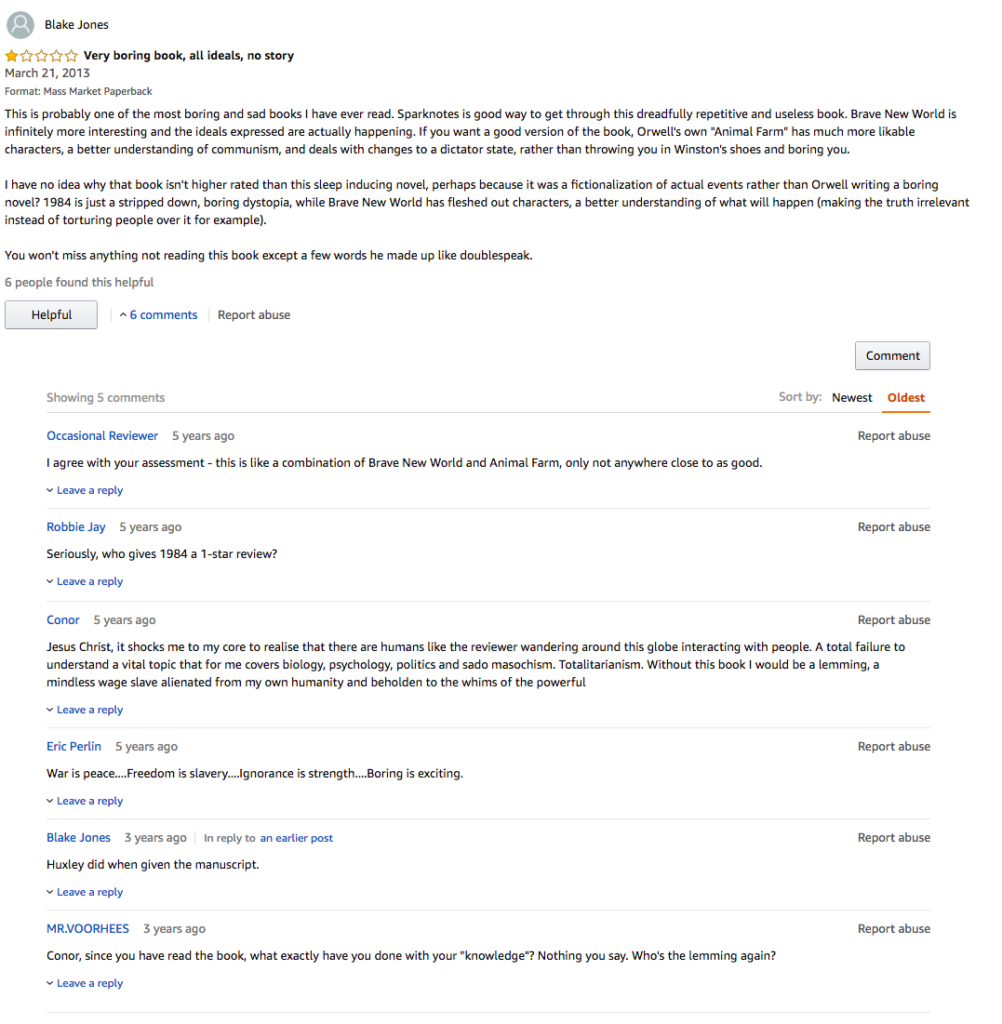 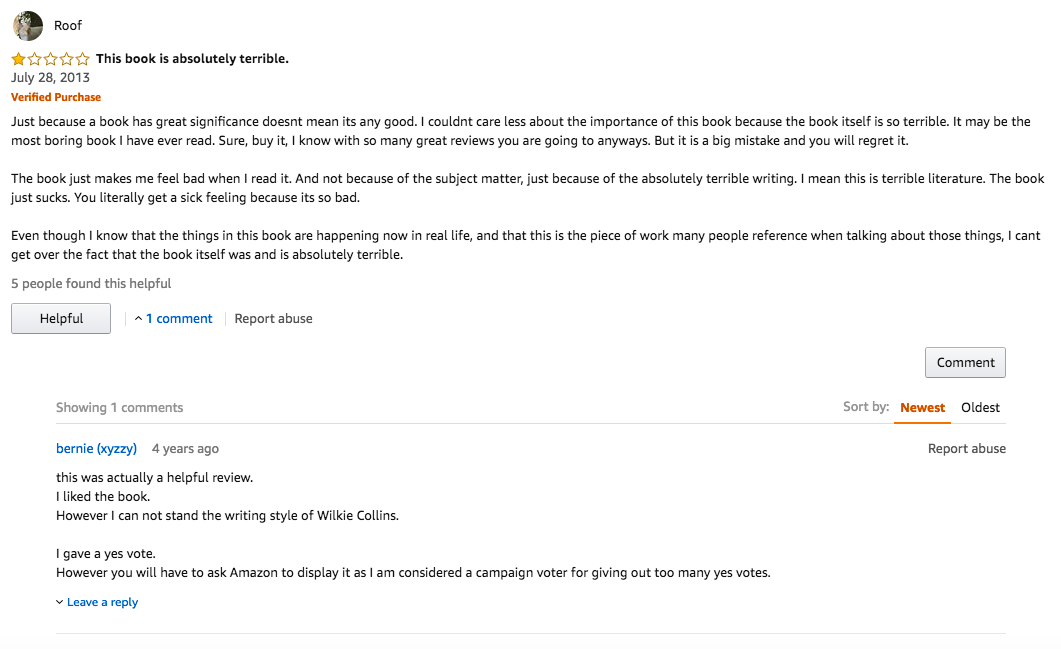 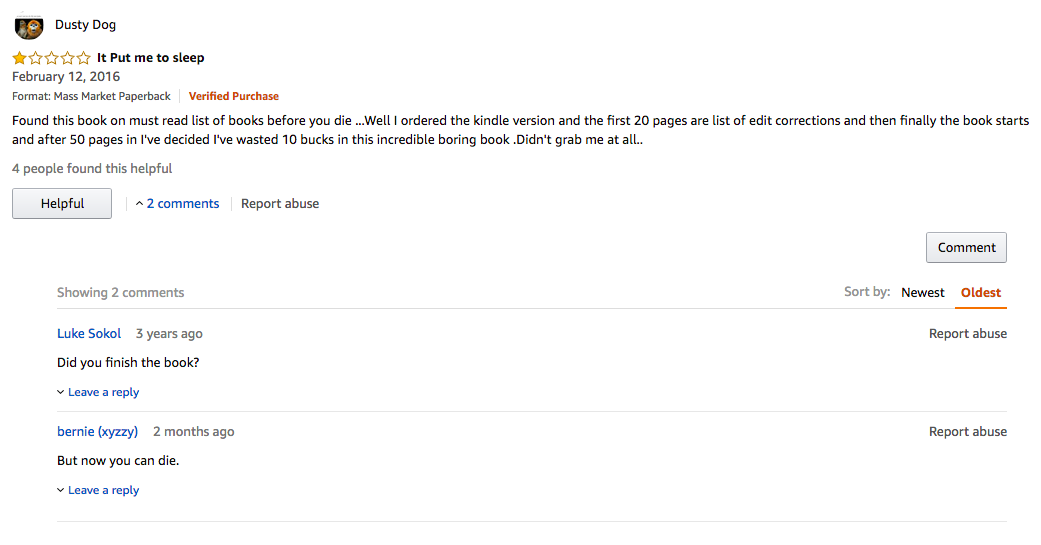 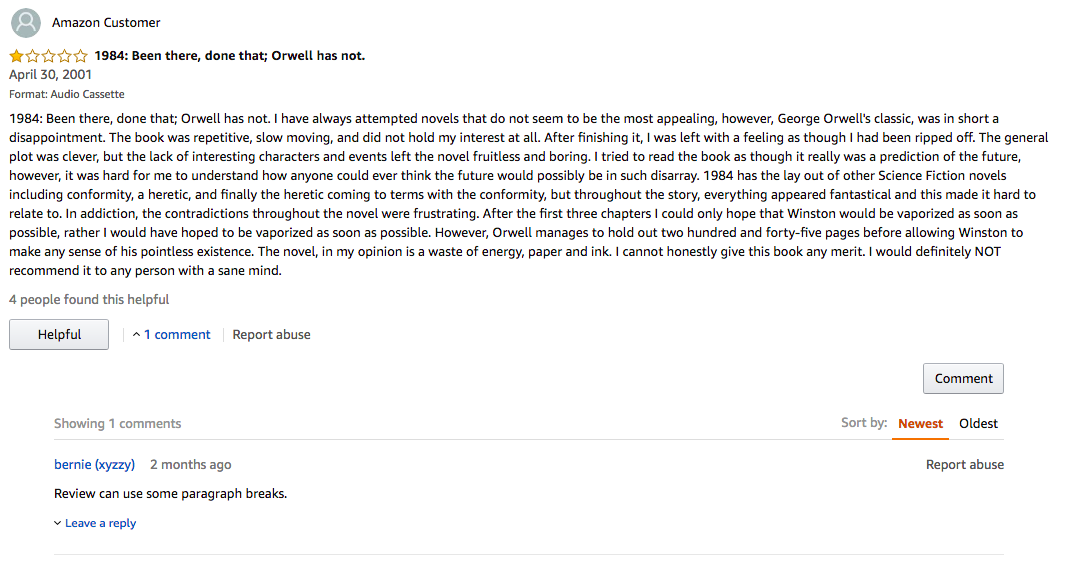 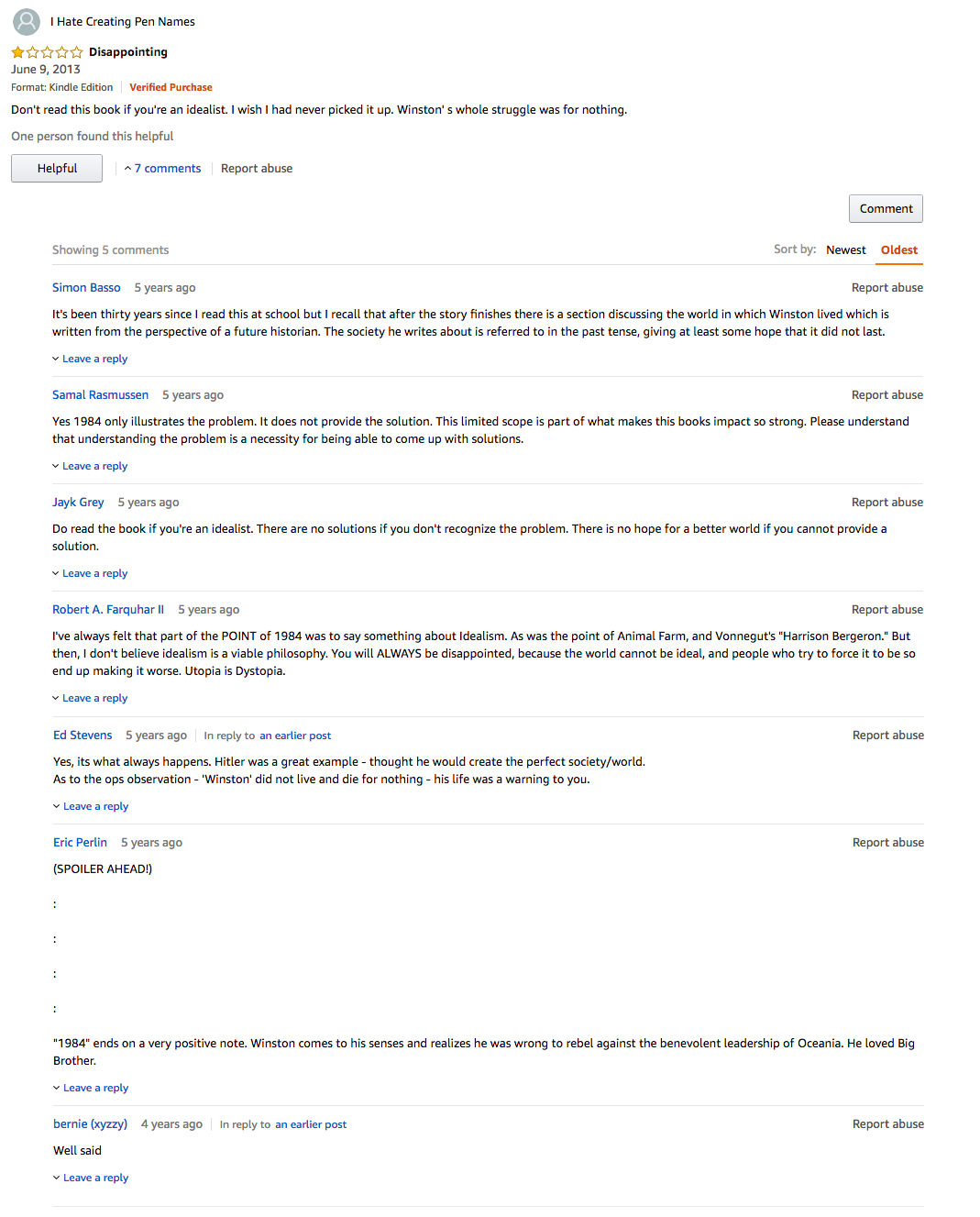 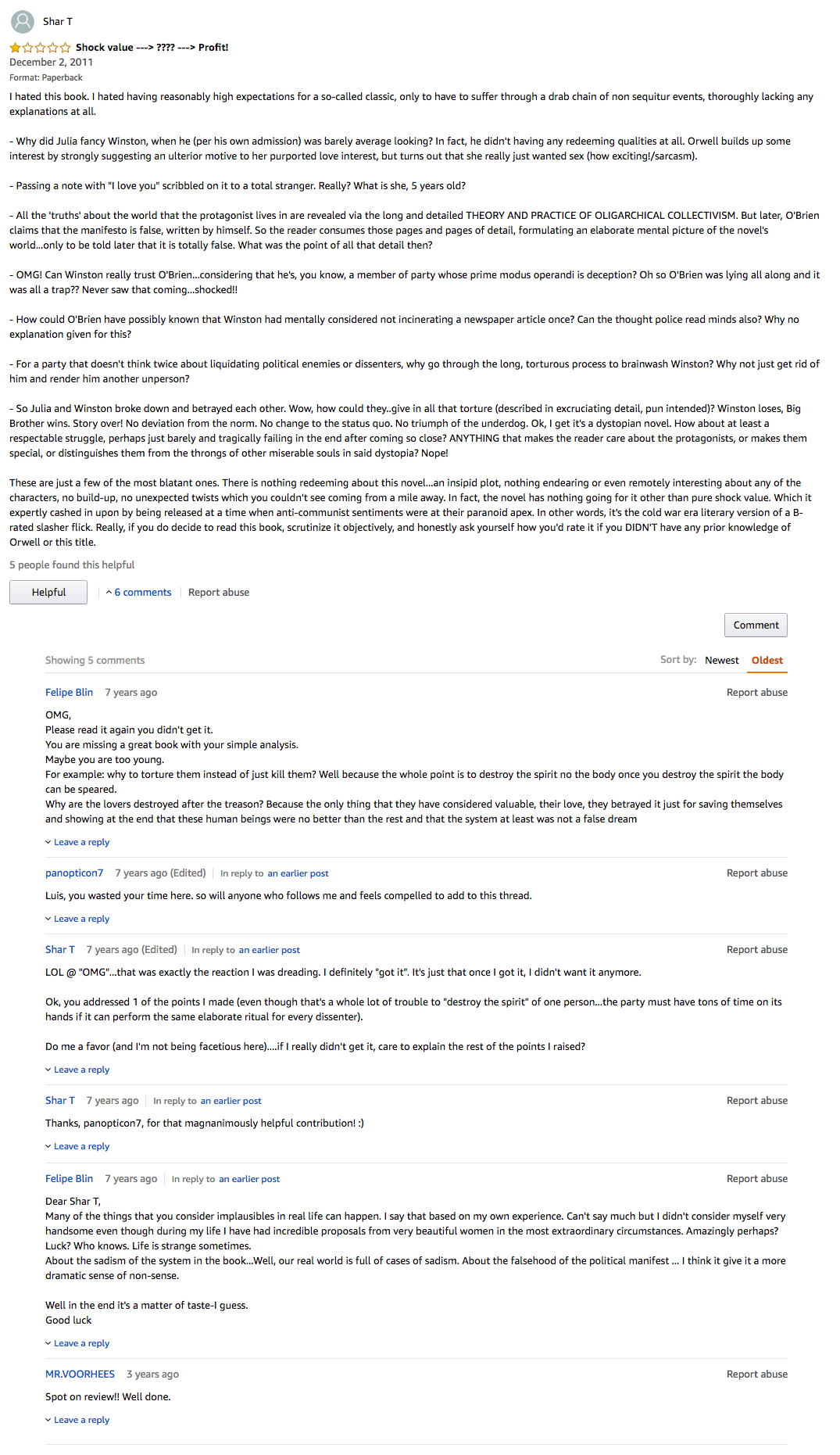 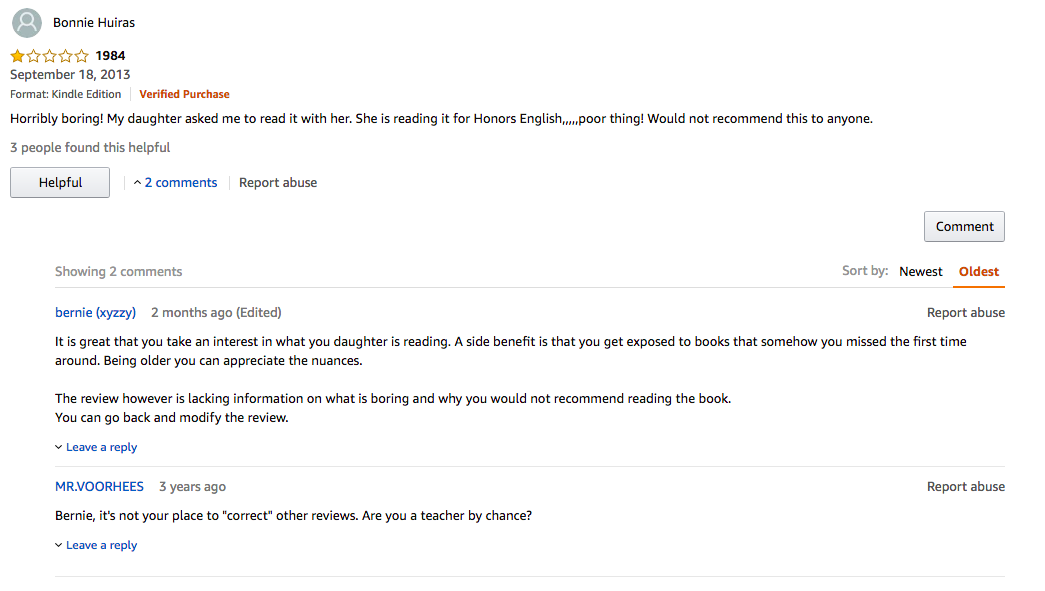 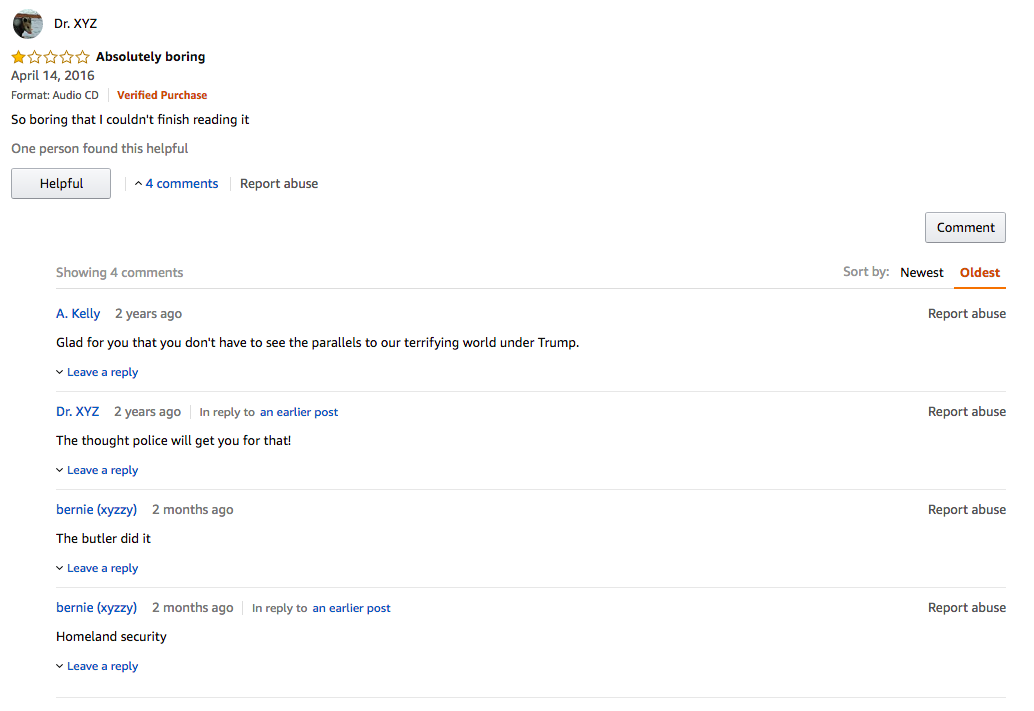 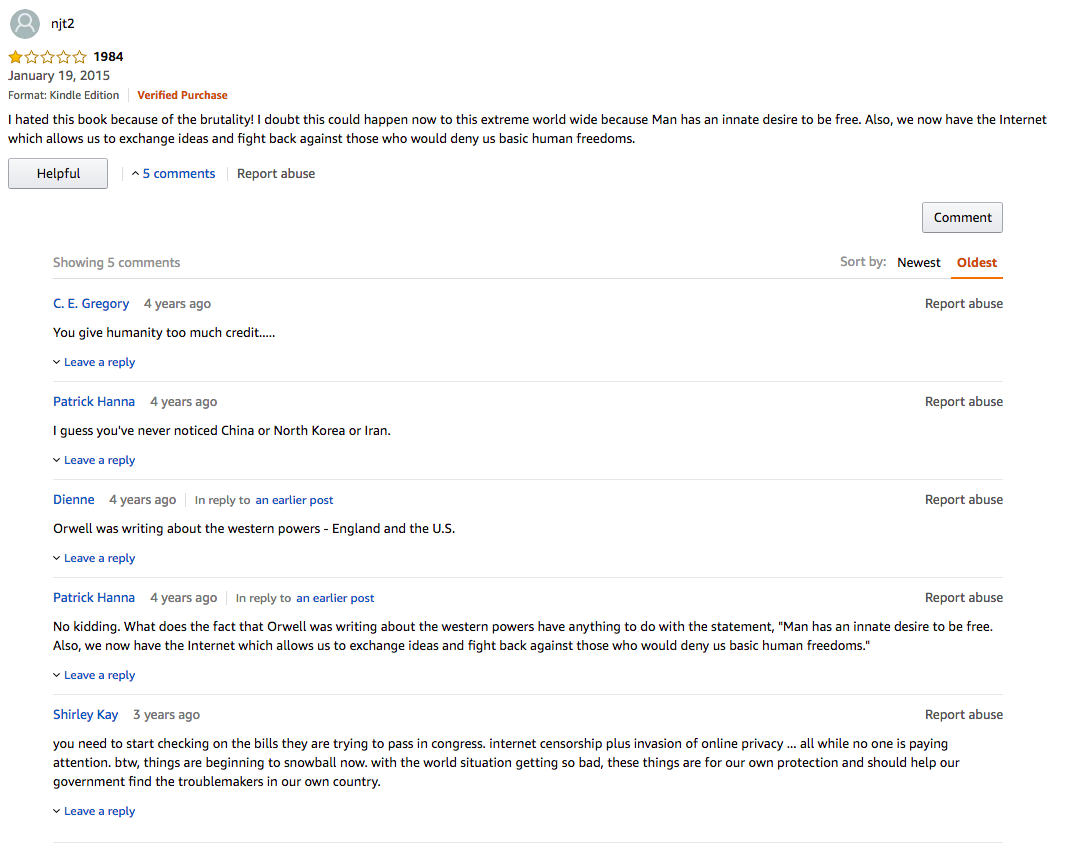 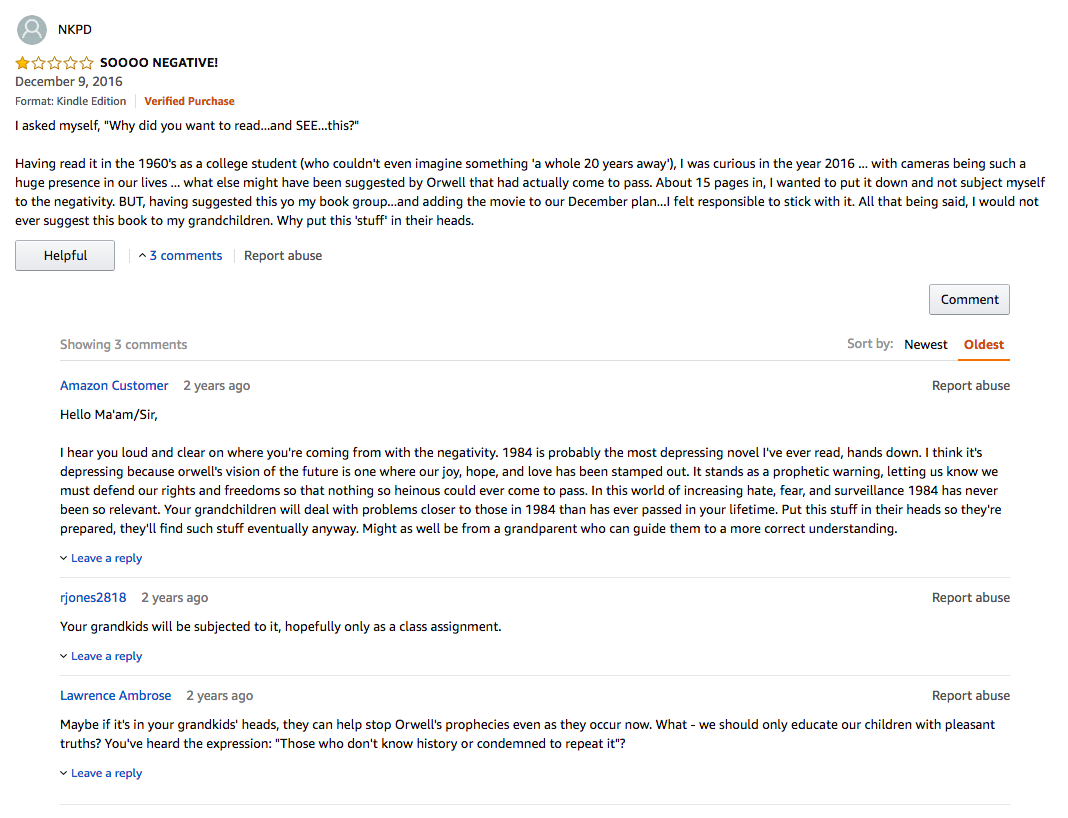 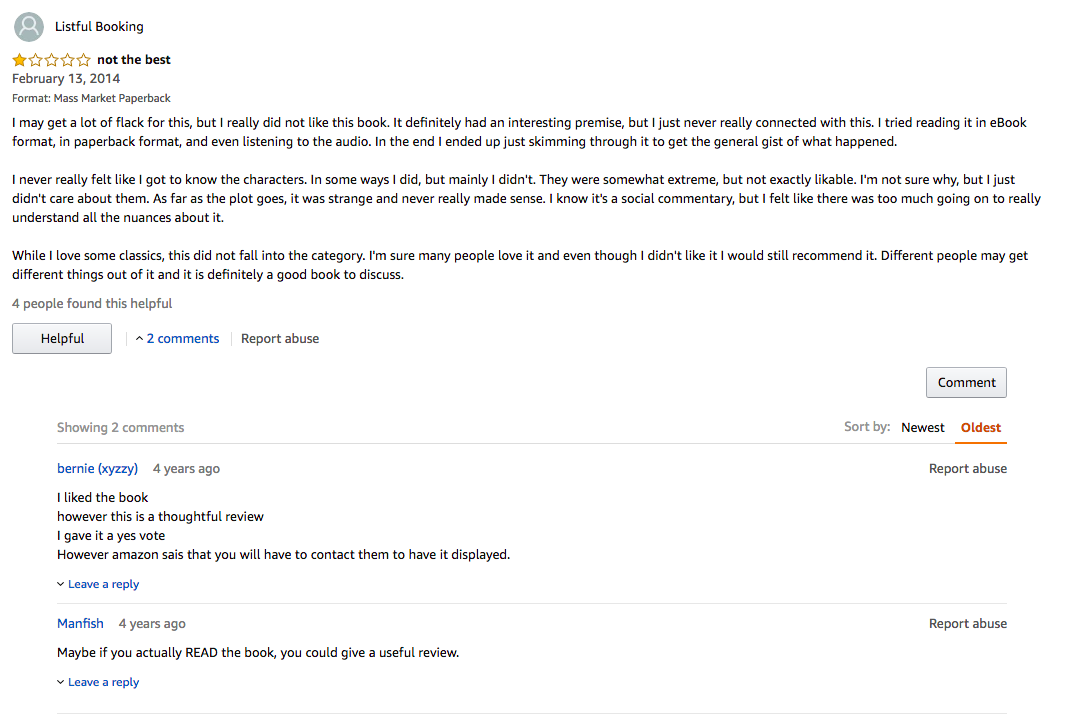 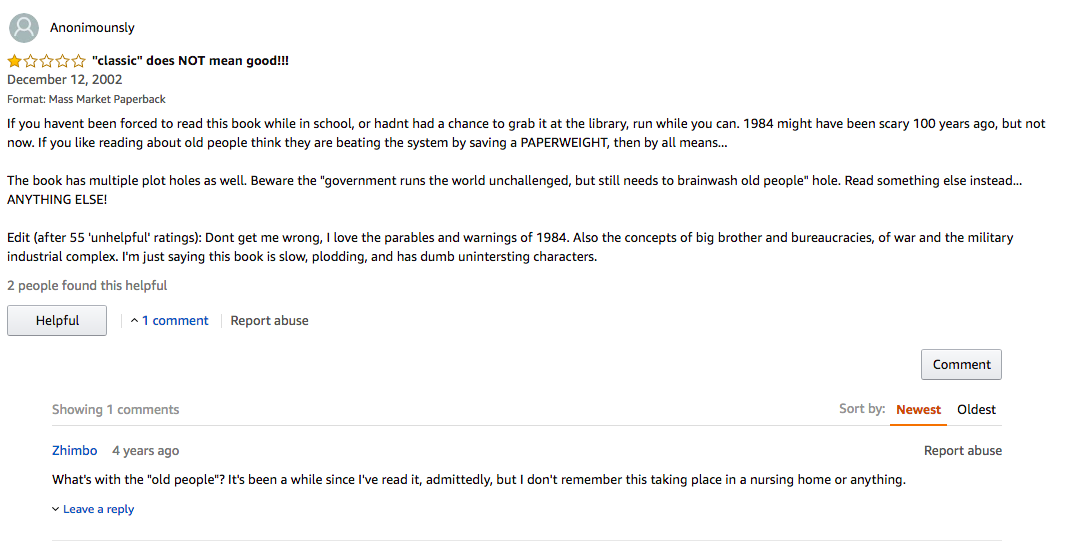 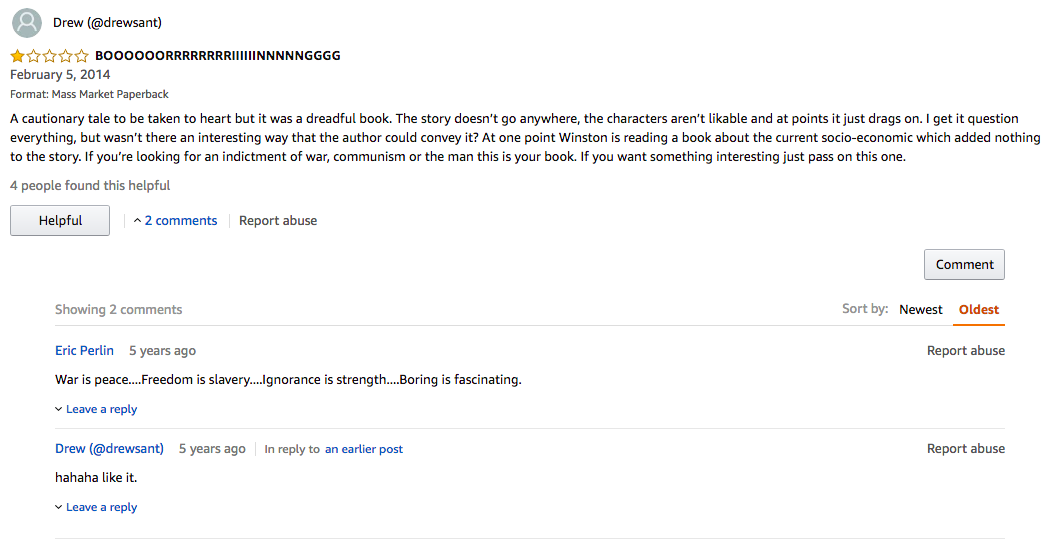 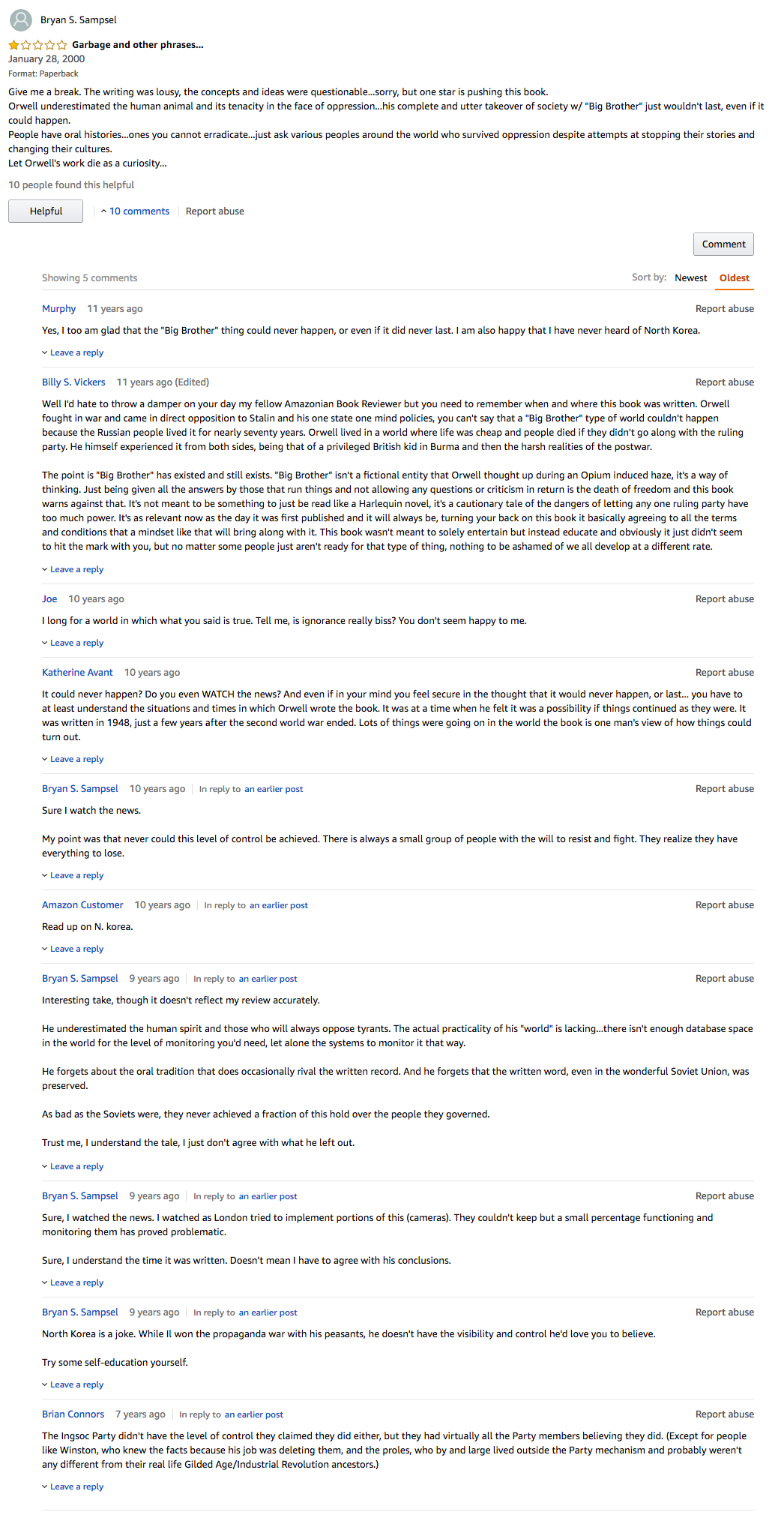 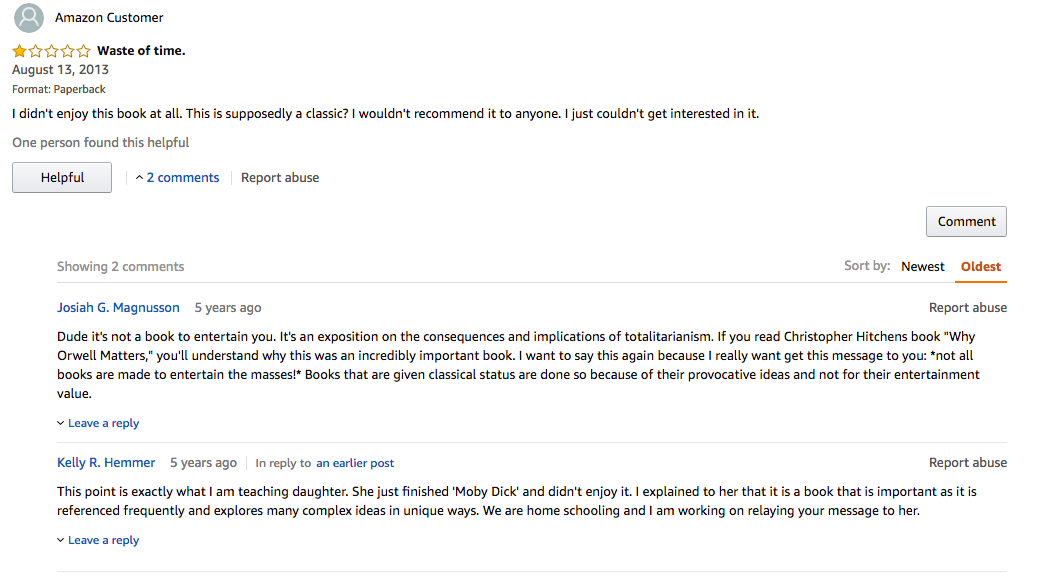 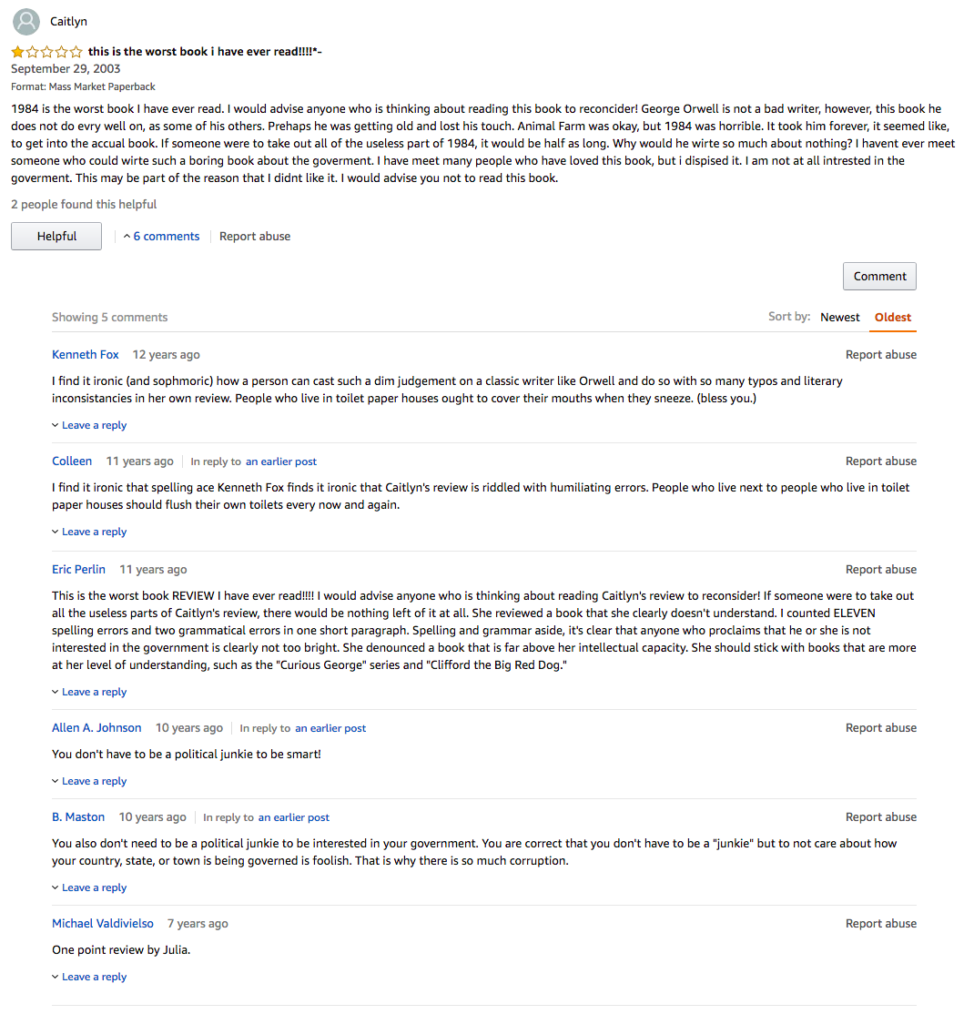 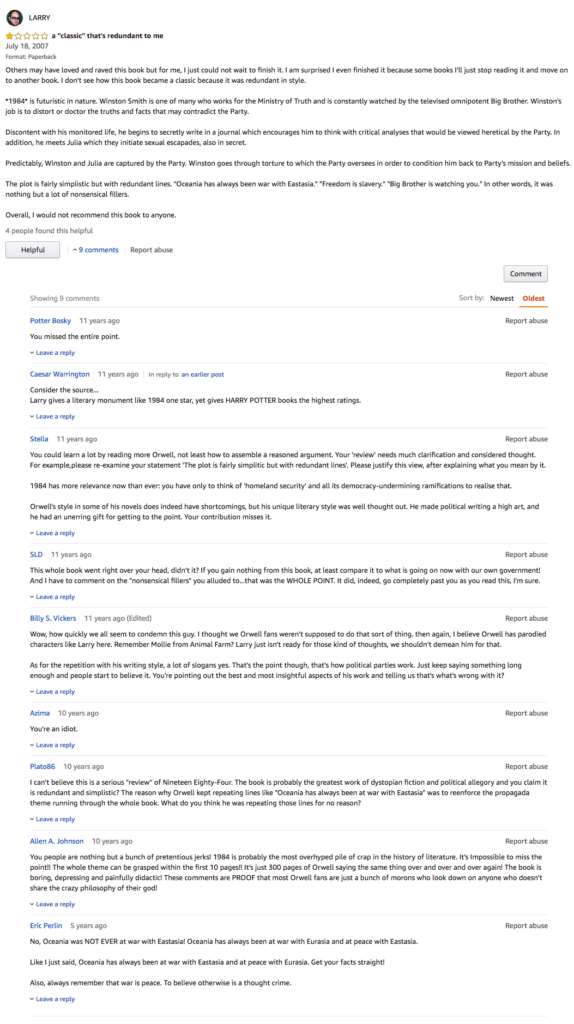 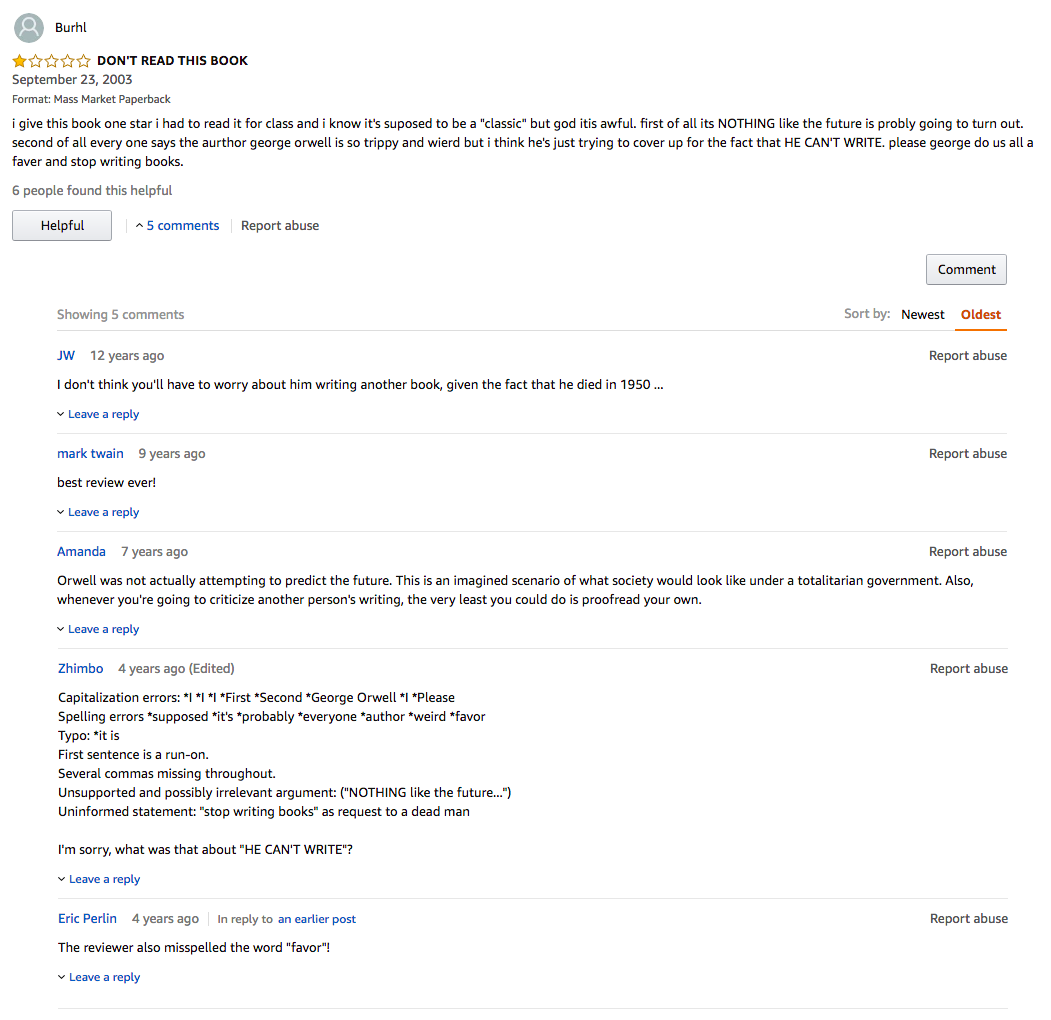 What John Hughes Taught Me About
the Importance of a Name 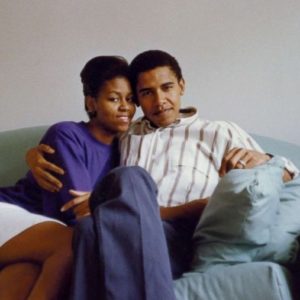 The idea that black people need to work twice as hard and be twice as good has been repeated to us time and again. We’ve...
© LitHub
Back to top