The Best Argument is a Good Book: Writing Advice from Saul Bellow

"There is such a thing as overcapitalizing the A in artist."

Saul Bellow, author of Herzog, Humboldt’s Gift, and The Adventures of Augie March, among others, died 14 years ago today. Bellow is still the only writer to have been awarded the National Book Award for Fiction three times—he also nabbed a Pulitzer, a National Medal of Arts, and of course, the Nobel Prize. The Swedish Academy praised his work for its “mixture of rich picaresque novel and subtle analysis of our culture, of entertaining adventure, drastic and tragic episodes in quick succession interspersed with philosophic conversation, all developed by a commentator with a witty tongue and penetrating insight into the outer and inner complications that drive us to act, or prevent us from acting, and that can be called the dilemma of our age.” Which is only to say that he was a pretty good writer, to put it mildly. He may have been a somewhat abrasive, as a person, but you could do worse than taking craft tips from him. And so, in our grand tradition of mining interviews for writing advice from literary greats, here is a selection of Bellow’s best.

The essence of our real condition, the complexity, the confusion, the pain of it, is shown to us in glimpses, in what Proust and Tolstoy thought of as “true impressions.” . . . The value of literature lies in these intermittent “true impressions.” . . . No one who has spent years in the writing of novels can be unaware of this. The novel can’t be compared to the epic or to the monuments of poetic drama. But it is the best we can do just now. It is a sort of latter-day lean-to, a hovel in which the spirit takes shelter. A novel is balanced between a few true impressions and the multitude of false ones that make up most of what we call life.

Don’t go out looking for experience for its own sake.

If you, the writer, love rough company and need to knock around, why then, do as Walt Whitman did, go into the streets, ride up and down Broadway or go and dig clams. But under no circumstances should you select any of these things deliberately and do them for the sake of writing. What an idea! You must give the thing what it calls for. But there is no prescription to follow.

A writer should be able to express himself easily, naturally, copiously in a form that frees his mind, his energies. Why should he hobble himself with formalities? With a borrowed sensibility? With the desire to be “correct”? Why should I force myself to write like an Englishman or a contributor to The New Yorker? I soon saw that it was simply not in me to be a mandarin.

Rejection can be helpful.

I discovered that rejections are not altogether a bad thing. They teach a writer to rely on his own judgment and to say in his heart of hearts, “To hell with you.”

As a young man Rilke made a pilgrimage to Russia to see Tolstoy. As I have heard the story, he followed the impatient old man around filling his ears with his problems about writing. Tolstoy couldn’t bear it. He had exchanged art for religion and all this seemed very trifling to him. “Vous voulez écrire?? he said. “Eh bien, écrivez donc! Écrivez!” What else is there to say? Do it if you must and don’t fuss so about it.

Nevertheless there are certain distractions.

–in “Distractions of a Fiction Writer”

Don’t do anything because someone told you to.

There is no reason why a novelist should not drop “character” if the strategy stimulates him. But it is nonsense to do it on the theoretical ground that the period which marked the apogee of the individual, and so on, has ended. We must not make bosses of our intellectuals. And we do them no good by letting them run the arts. Should they, when they read novels, find nothing in them but the endorsement of their own opinions? Are we here on earth to play such games?

Don’t take yourself too seriously.

Some writers are excessively serious about themselves. They accept the ideas of the “cultivated public.” There is such a thing as overcapitalizing the A in artist.

And don’t take your critics too seriously, either.

I wonder whether there will ever be enough tranquillity under modern circumstances to allow our contemporary Wordsworth to recollect anything. I feel that art has something to do with the achievement of stillness in the midst of chaos. A stillness that characterizes prayer, too, and the eye of the storm. I think that art has something to do with an arrest of attention in the midst of distraction.

You never have to change anything you got up in the middle of the night to write.

Characters, Elizabeth Bowen once said, are not created by writers. They pre-exist and they have to be found. If we do not find them, if we fail to represent them, the fault is ours. It must be admitted, however, that finding them is not easy. The condition of human beings has perhaps never been more difficult to define.

Don’t try to write yourself into history.

Novelists are wrong to put an interpretation of history at the base of artistic creation—to speak “the last word.” It is better that the novelist should trust his own sense of life. Less ambitious. More likely to tell the truth.

Find your own path.

Prescriptions are futile. One can’t tell writers what to do. The imagination must find its own path. But one can fervently wish that they—that we—would come back from the periphery. We do not, we writers, represent mankind adequately. What account do Americans give of themselves, what accounts of them are given by psychologists, sociologists, historians, journalists, and writers? In a kind of contractual daylight they see themselves in the ways with which we are so desperately familiar. These images of contractual daylight, so boring to Robbe-Grillet and to me, originate in the contemporary world view: We put into our books the consumer, civil servant, football fan, lover, television viewer. And in the contractual daylight version their life is a kind of death. There is another life coming from an insistent sense of what we are which denies these daylight formulations and the false life—the death in life—they make for us. For it is false, and we know it, and our secret and incoherent resistance to it cannot stop, for that resistance arises from persistent intuitions. Perhaps humankind cannot bear too much reality, but neither can it bear too much unreality, too much abuse of the truth.

And then just write as well as you can.

There is only one way to defeat the enemy, and that is to write as well as one can. The best argument is an undeniably good book. If that doesn’t convince ’em, and it may not for the spirit of denial is very strong, one has at least labored to some purpose in having reached less arbitrary and opinionated souls who have not yet learned of the lamentable obsolescence of fiction.

How to Spend a Literary Long
Weekend in Queens, NY 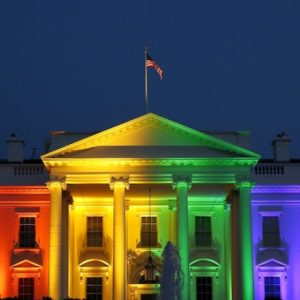 In 1908, one day after Christmas—fittingly, on Boxing Day—two heavyweight boxers entered a ring in Sydney, Australia....
© LitHub
Back to top