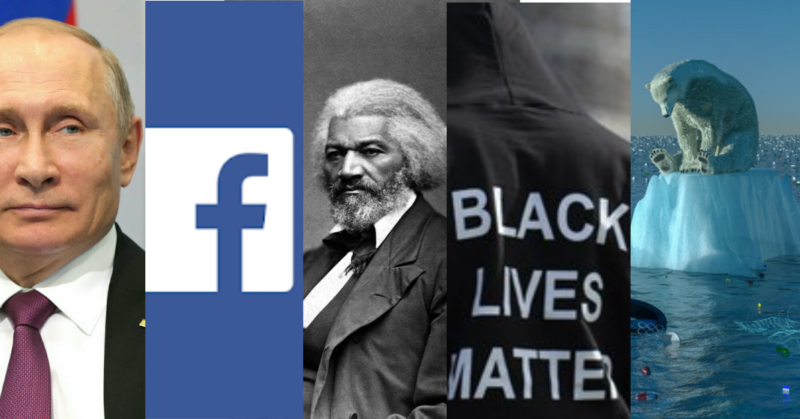 Every year at Rice University I teach a course on Cold War history anchored around the US-USSR square-off that took place between 1945 to 1991. Students learn about the birth of ICBMs, the Korean War, Sputnik, Vietnam, LBJ, Khrushchev, and much more. At the semester’s end we discuss the Revolution of 1989, which culminated with the Berlin Wall tumbling down that December. When the Soviet Union collapsed two years later democracy seemed on the march. Boris Yeltsin, First President of the Russian Federation from 1991 to 1999, lead his nation into a close collaboration with the United States, NATO, and the European Union. Sadly, it was all short-lived. The ascendance of Vladimir Putin in 2012, a KGB enforcer, killed Yeltsinism with a new wave of totalitarianism.

Why didn’t democracy take firm hold in Russia? Is the Kremlin nothing more than an organized mafia? What does Putin’s dictatorship mean for the United States? The answer to these tough questions can be found in Masha Gessen’s The Future of History: How Totalitarianism Reclaimed Russia (2017), an astute analysis of Vladimir Putin’s dictatorship through the lens of seven Russians born in the late stages of the USSR, who matured during the Yeltsin years, and had their aspirations squashed by the reconfigured anti-human rights campaign of the reenergized Evil Empire. Gessen, a fierce critic of Putin, compresses Russia’s long history of authoritarian rule in an accessible and authoritative way.

Niall Ferguson’s The Square and the Tower: Networks and Power, from the Freemasons to Facebook (2018) has changed my way of thinking about how history is recorded. He persuasively argues that most history books are written from a hierarchical perspective (presidents, popes, armies, corporations, state government). Historians, he complains, too often rely on archives created by the very hierarchical institutions themselves. Instead, he thinks scholars need to study the dominance of social networks. From the 1790s to the 1970s hierarchical institutions controlled the world. Starting with the technological revolution of the 1970s, however, we’ve entered a new epoch of networking. This has thrown the established hierarchical order off kilter. This book reminds us that ICBMs come from a home country; computer hacking is often perpetuated by non-hierarchical actors like Wikileaks. Ferguson’s chapters on cyber-security urges Americans to wake up to the imminent threat.

The great networker of the abolitionist movement is the subject of David Blight’s Frederick Douglass: Prophet of Freedom (2018). Every page contains a revelation. Blight delineates what is true and what is false in such classic Douglass autobiographies as Narrative of the Life (1845) and My Bondage and My Freedom (1855). There are many memorable Douglass observations applicable to our own time. Born enslaved, Douglass, denunciated the peculiar institution as too ghastly to resolve with the “whines of compromise” (i.e. Nancy Pelosi’s hard “No” to Trump’s Border Wall). A self-made orator, activist, and intellectual, Douglass died in 1895 and remains a sustainable hero. For Blight reminds us that his civil rights activism “was not gone” in death but lives on in the 21st-

When it comes to an overall understanding of bigotry in American history Ibram X. Kendi’s bracing Stamped From the Beginning: A Definitive History of Racist Ideas in America (2016) delivers a wallop. With easy to read prose unencumbered by academic jargon, Kendi exhaustively inventories our long history of keeping African Americans down under an iron-heel of oppression. From the voyaging days of Christopher Columbus to Black Lives Matter, this scholarly polemic encourages readers to rethink America’s entire social system and its racial hierarchy. His searing catalog of anti-black belittling sits on my shelf next to Dee Brown’s Bury My Heart at Wounded Knee (1970), still a relevant and eye-opening exposé on Native American history.

Climate change activists regularly cite Rachel Carson’s Silent Spring (1962) as the beginning of the modern environmental movement. When it came to ocean conservation, however, her first book Under the Sea Wind (1941), succeeds better in reminding us about the beauty and complexity of marine ecosystems. Not one line of this nonfiction masterpiece is antiquated. Indeed, the external lessons learned from Under the Sea Wind are will never be “gone.” As a biologist Carson studied the interrelationship of sea creatures more loving than anybody else. Carson’s Under the Sea Wind is divided into three scientifically exact sections: “Edge of the Sea” (a study of a migratory sanderling named Silverbar); “The Gull’s Way” (centered on a mackerel named Scomber swimming through a gauntlet of near-death experiences); and “River and Sea” (an ocean ecosystem as experienced by Anguilla the eel). Putting the reader into the life script of three lovable sea creatures Carson’s book should be required reading in American high schools. I hope the next U.S. president leads a global moonshot to save the world’s oceans from desecration with Under the Sea Wind serving as the foundational text.

Douglas Brinkley is Katherine Tsanoff Brown Chair in Humanities and Professor of History at Rice University. He is author of the forthcoming American Moonshot: John F. Kennedy and the Great Space Race. 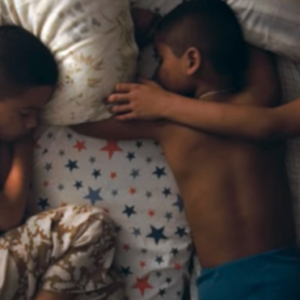 To say that my novel, Baby of the Family, is inspired by my own family is both truth and fraud. The novel is about the struggling...
© LitHub
Back to top