At the Birth of the Mexican MeToo Movement, a Statement From
Women in Publishing

Two weeks ago, in Mexico, a long expected MeToo movement, suddenly but not unsurprisingly, erupted in social media. It began within the writing and publishing community, but was soon followed by the film, music and academic communities, among others.

The demands and accusations emerging from these professional communities are embedded in the much larger context of a country with one of the highest rates of femicide and sexual violence against women, as well as of impunity for its perpetrators. In Mexico, between seven to nine women are murdered each day. In the year 2016, of the 600,000 rapes against women (according to the ENDIREH), only 12,945 were registered as such by public safety (Sistema Nacional de Seguridad Pública), and the Consejo Nacional de Impartición de Justicia only gave 364 sentences for rape that same year.

Following the social media avalanche of accusations pointing to instances of sexual harassment and sexual assault, as well as differing degrees of physical and emotional violence, a group of approximately 80 women, most of them in the publishing industry, gathered one evening last week in Mexico City to discuss the next steps. They were soon joined by dozens of other women through e-platforms and forums.

Together—as a collective of now approximately 150 women in publishing the “Mujeres Juntas Marabunta”—they wrote and approved this first text with more specific demands for harassment-free spaces, workplace protocols against sexual and emotional violence, and equal representation and pay in their diverse professional spaces and activities (women earn between 17 and 25 percent less than men in culture and media professions).

Below is the collectively-written text, translated into English.

A collective statement from the #MujeresJuntasMarabunta movement

In the past couple of weeks, more and more women working in publishing have joined in a collective and subversive action against the violence that has historically been normalized in our workspaces: publishing houses, book fairs, conferences, congresses, book launches, universities, workshops, etc. This is not new. We have kept harassment, humiliation, segregation and sexual assault to ourselves far too long, in fear that our accusations would be dismissed, and our work excluded. These were the unwritten rules established through power relationships inside our field by a majority of men in positions of authority. Something has changed: we are no longer afraid and we will not remain silent.

#MujeresJuntasMarabunta emerged from #MeTooEscritoresMexicanos as part of an ongoing struggle that started decades ago with women denouncing a basic truth: violence against us is not a series of isolated events but a systemic mechanism, preserved through impunity. Today, we have broken the tacit agreement to remain silent: we write these words and participate in collective action because we live in a country with a femicide rate of nearly nine women per day, and because the justice system does not only fail to provide justice to victims but re-victimizes them. In Mexico there is no rule of law.

#MeTooEscritoresMexicanos is not a denunciation mechanism that aims for public derision, but rather a political instrument, which exposes violence that has been forced to remain private for the convenience of those who perpetrate it. These accusations have been published because we do not want this to happen to anyone else, and as a reminder that there are many more who have not yet been able to speak out. We do this with the full awareness of the privilege and responsibility of being publicly seen and heard. This is just the beginning of a movement articulated across different platforms: we are a political and affective collective that seeks nothing more and nothing less than structural change. This will not be possible without an exercise in awareness and self-recognition of those who have practiced different forms of violence as well as their commitment to due reparations.

It is urgent that public opinion understand the context in which the account @MeTooEscritores arose. Our mission is to underscore impunity, which in Mexico stands at an alarming rate of 95 percent—an absolute imbalance of power that benefits perpetrators. We carefully guard the testimonies of women by protecting their anonymity, so that they will not be criminalized or attacked again—we do not want anyone’s life to be at risk. We publish each case as part of a larger context of structural violence. It is very important to clarify that the accusations are not anonymous, but made in confidentiality, and each one receives follow-up and support.

At this initial stage, we demand the following:

1.
That cultural spaces, be they public, private or community-managed, commit to eradicating gender violence through concrete actions. For example, what if the first step in a workshop is to create a dialogue to share and establish the ethical conditions for a safe space for all participants? What if large publishing houses, such as Penguin Random House and Planeta, create a Human Resources Ethics Committee to impartially follow up on sexual harassment complaints? What if all publishing houses diversify their acquisitions teams to ensure parity?

2.
That our fellow writers and cultural agents become involved in this historical moment by practicing an exercise of self-analysis, critical thinking, and dialogue. We invite you to urgently ask yourselves: how are your practices perpetrating violence? How do you reproduce it by turning a blind eye? How will you redefine your masculinity? Can you discuss what causes you pain and discomfort in your own exercising of power?

3.
That the “General Law of Women’s Access to a Life Free of Violence” (Ley General de Acceso de las Mujeres a una Vida Libre de Violencia) be implemented in the cultural sector and made effective through the design, execution, dissemination, and compliance with codes and protocols of behavior for public servants, service providers and beneficiaries. We also demand the follow-up of legal complaints already made.

4.
That the development of public policy guarantee gender parity in the different levels of cultural institutions, as well as in juries and selection committees for all state and national contests.

5.
That orientation and support with a clear gender perspective be given to both women and men through workshops, documents, and courses in order to avoid inequality, abuse of power, cover-ups and pacts of silence in cultural spaces.

6.
That guidelines be created to guarantee the safety of grantees, fellows and tutors in residencies, conferences and congresses organized by cultural institutions.

7.
That all publicly funded magazines and publications include among their contributors at least 50 percent women.

8.
That there be an alternation between men and women in decision-making positions.

9.
That methods be developed to guarantee the safety of children and teenagers in workshops or activities that promote reading.

10.
To ourselves, to society, to cultural institutions, and to men: we demand that we take joint responsibility for the construction of a truly egalitarian coexistence.

May these difficult days that have shaken society, serve not to perpetuate cycles of violence and new stigmas, but as a possibility for change. We are committed to checking, analyzing, and improving our protocols, as well supporting the victims that have made public reports through #MeTooEscritoresMexicanos. We will remain firm and united until machismo across cultural fields is no longer normalized. We are creating a counter-narrative for gender equality. We are rewriting the future.

Mujeres Junta Marabunta is a collective of approximately 150 women working in publishing in Mexico. 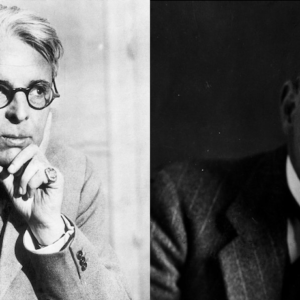 Lit Hub Weekly: April 1 - 5, 2019 Read a profile of Susan Choi, author of Trust Exercise, who “is willing to set fire to traditional narrative, to undermine...
© LitHub
Back to top
Loading Comments...